Could Saracens join the PRO14?

Biggest scandal in English rugby Next
Back
Gallagher Premiership

Could Saracens join the PRO14?

An ultra-radical Saracens’ move could change the face of English and European rugby forever, should the North London based side wish to avoid a drop onto the Championship and avoid the continued wrath of furious rival rugby clubs in their domestic competition.

Saracens appear increasingly resigned to automatic relegation from the Premiership as they face the impossible task of reducing their wage bill by up to £2million to comply with salary cap regulations for the current season.

It has been reported that players and staff were told on Friday morning the club would accept an additional 35-point deduction for operating above the £7million limit for the 2019-20 campaign.

The double winners were previously fined £5.36million and docked 35 points for being in breach of the salary cap for the last three seasons, but patience has run out among their rivals over their efforts to slash their existing wage bill.

WATCH: Jim Hamilton sits down to discuss all the rugby news of the week, with particular focus on the Six Nations and Japanese league.

Chief executives of the Premiership clubs met on Tuesday and an additional 35-point reduction, which would effectively demote them to the Championship, was proposed.

Star-studded Saracens have experienced difficulty in offloading players at this stage of the year to rivals not inclined to help, but chief executive Ed Griffiths is sounding a note of defiance.

“Discussions are continuing and nothing has been finalised but our position remains the same,” Griffiths said in a statement issued to the PA news agency.

“It is clearly in the interests of the league and English rugby that this matter is dealt with as soon as possible and we are prepared to do whatever is reasonably required to draw that line.” 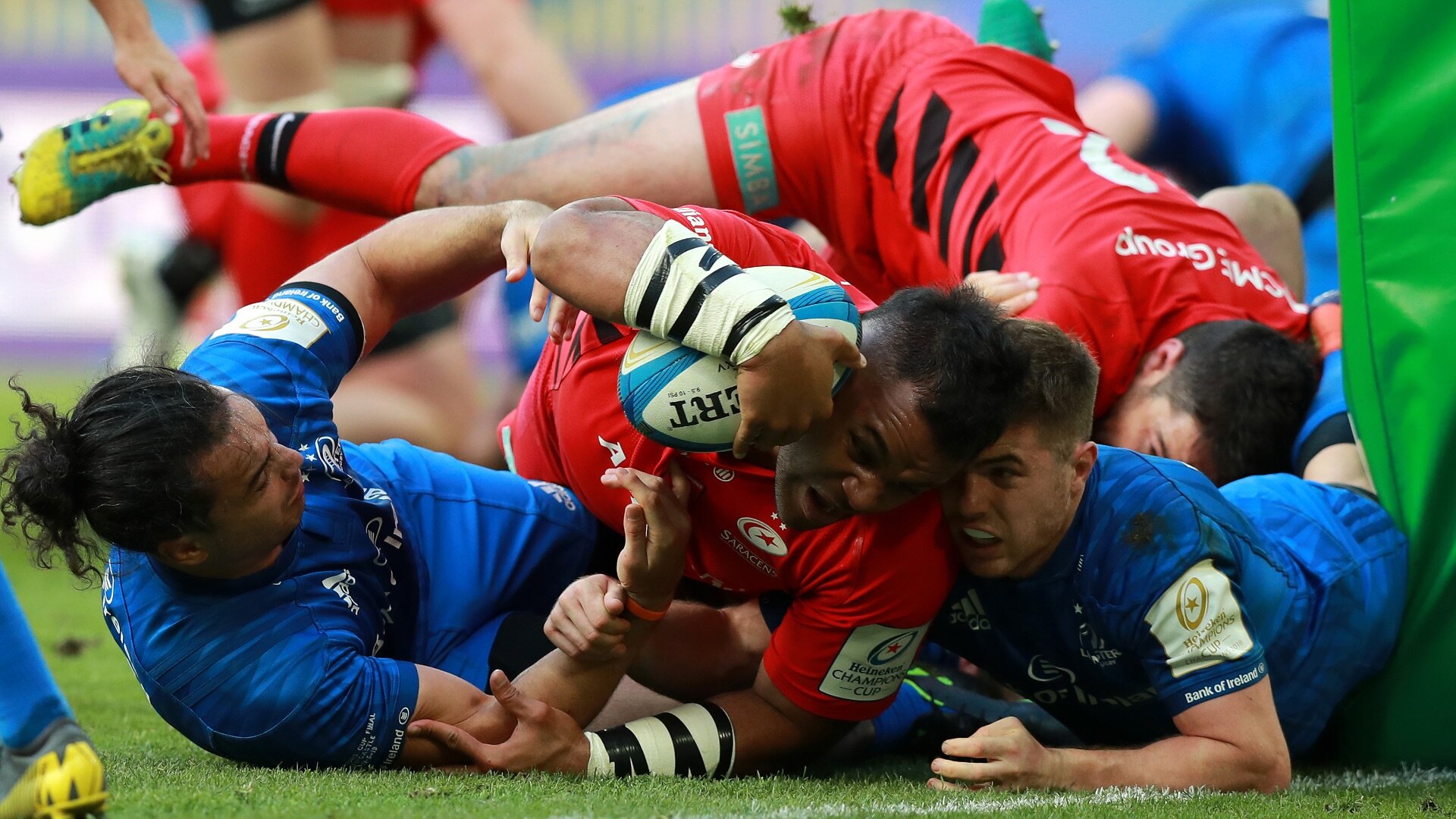 Could a radical move to the PRO14 be a realistic possibility for the club?

Theoretically at least, it could be beneficial for both sides. It would allow Saracens to avoid a year in the Greene King IPA Championship and give them a first-grade competition to compete in.

While in the short term they would take a significant cut in television deal revenues and the burden of increased travel costs, it would give the club an immediate route back into Heineken Champions Cup.

As it stands, unless they win this year’s competition, it would take the club until at least the 2022/23 to play in the Heineken Champions Cup again. A theoretical entry into the PRO14 could see Saracens back in Europe, at the very least a year earlier, notwithstanding results and a new entry structure.

It would also be an effective two fingers to the other Premiership clubs, who are eager for Saracens to be tarred, feathered and flung to the furthest reaches of the Championship.

For the PRO14, the benefits would be manifold. The competition would get a giant of European rugby on their books, opening up the mouth-watering prospect of galacticos match-up with the likes of Leinster, giving the league a derby between arguably the two best teams on the continent.

More importantly, it would open the door in the English rugby market for the PRO14 and give the organization a product that would surely entice a larger television deal from the likes of Sky, BT or Premier Sports.

A potential downside is if the PRO14 sees Saracens’ brand as being tainted beyond the point of which they would wish to associate with the club. That sounds far-flung, as it is a competition that is hungry for attention and an increase in funding that would be likely to look past the London club’s current scandal.

An unlikely spanner is still a spanner. https://t.co/9SeaOVPcmG

The true obstacle in the way is the prospect of a profound financial mess following the CVC Premiership deal last year and it’s impending deal with the PRO14.

Two days ago the Competition and Consumer Protection Commission cleared an investment in the PRO14 by CVC Capital Partners, subject “to conditions relating to the Six Nations tournament.”

The PRO14 will not wish to jeopardise that deal, which is already agreed in principle.

CVC already own a significant chunk of the Premiership, so how Saracens exit that deal and enter a new CVC deal with the PRO14 seems on the face of it like a nightmare. The PRO14 is also run by unions, and the entry of a privately owned rugby club could throw governance issues into the air.

Realistically, should Saracens divorce from Premiership Rugby Ltd, it would be hard to see a way back into the competition. It would likely be a permanent, immutable separation.

A move to the PRO14 might sound like the stuff of fantasy, but considering the developments of the last two days, it can’t be dismissed out of hand.