Fiji sevens coach Gareth Baber is planning to combine the mercurial talents of Semi Radradra and Jerry Tuwai in a bid to give the Pacific Islands nation a second successive Olympic Games gold medal in Tokyo later this year.

Fijian-based Tuwai was recently named the best 7s player of the decade at the World Rugby awards while Radradra’s 2020 move to Bristol in the Gallagher Premiership cemented his position as arguably the best rugby player in any version of the sport.

Baber has the unenviable job of replicating the 2016 gold medal triumph fashioned by Ben Ryan in Rio, and his preparations have been severely affected by the impact of the Covid-19 pandemic which saw the originally scheduled 2020 Games postponed for a year.

The continuing impact of the virus means it looks certain all of the leading sevens teams will arrive at the Games not having taken part in any HSBC World Rugby Sevens Series events.

Fiji are hoping to set up bubbles with Australia, New Zealand and Samoa to provide match and training practice before they depart for Tokyo – Australia have successfully staged international rugby and cricket in their country. There are also plans to bring those countries to Fiji – quarantine restrictions permitting – for further match practice.

Baber left London on Tuesday on a 45-hour long journey back to Fiji where he will have to quarantine for two weeks. He told RugbyPass that Radradra wants the chance to win a gold medal in Tokyo where his big-match experience alongside Tuwai, a member of the 2016 Fiji winning team, could be vital in dealing with the pressure of repeating the triumph of five years ago.

Baber will speak to Pat Lam, the Bristol director of rugby, about the inclusion of Radradra in the Fiji sevens squad prior to the Games being staged from July 23 to August 8. He said: “Semi definitely has an intention and a desire to play in the Olympics and there will be conversations with Semi and Pat.

“The release of a player of that ilk is a big ask, and there are also players in the Top 14 like Vilimoni Botitu and Aminiasi Tuimaba at Castres and Pau respectively. They are high on my list having just dropped out of sevens to 15s.

“Jerry will do the Olympics. He feels a responsibility and wants to push himself to win a second gold medal. That is his vision. We are working and developing players in Fiji and the issue the new guys have is that they have not played any international rugby sevens while players in Europe have that experience of walking into the cauldron of an Olympics.

“I have been in contact with Semi Kunatani and he had issues with Castres having been dropped for medical reasons. I have spoken to him about if things don’t work out in France then we would look at him being part of the training group. He is a great player.

“It’s a challenge for the boys in Europe to come down and join the squad in Fiji. We have regular contact with those players we have targeted and there is still an intention of a handful of them being part of the training squad.

“I had agreements with some of the clubs to get players released for up to four tournaments last season but that is not going to happen. It’s now about coming to Fiji and what impact the quarantine periods are going to have each time they come which is an added difficulty.

“The big question is going to be how far in advance are we going to get them before the Games and can they stay with us to Tokyo? I was hopeful to see all their club coaches but that is not going to happen, so it is Zoom calls. I’m quite confident that we can get these players to Fiji.”

Baber signed a new contract to ensure he could mastermind the Olympic gold medal defence. He has been forced by the pandemic to rip up carefully laid plans while there have also been natural hazards to overcome in Fiji, with a category five Cyclone Yasa hitting the island hard.

Barber added: “I have done all my tests in the UK and have had a negative Covid certificate. I will spend 14 days in quarantine after a 45-hour flight via Doha, Brisbane, Auckland and then Fiji. I left on December 15 two days before Cyclone Yasa and it was particularly scary for the villages where some of the players come from.

“A number of the boys who live on the island had taken a boat back just before the cyclone. Them coming back was difficult and some returned late. Thankfully, their families were OK and I’m looking forward to getting back and continuing the work with the squad. There have been many plans for the Olympics drawn up and then lines put through them as things have developed.

“It will be about what we do in Fiji and the hope is that we get to a position where we can do things regionally with New Zealand, Australia and Samoa in Australia. We would also like to do something in Fiji and then there is the full Oceania tournament which we want to go for. Apart from that, there is not a lot out there with only London still in the World Series at the start of June.

“It is difficult to see that happening and there is still the repechage to find the final teams for the Olympics and I feel for those countries. It sounds strange to say this but teams could be going into the Olympics blind and relying on what you can produce in your own nation.

“I’m blessed to be coaching in a country which is sevens mad and while people say that we are going to be OK, we are playing ‘against Fiji’ all the time and we play the game differently to anyone else. Our challenge is to put strategies together to play against New Zealand, USA, South Africa and Britain. It’s about getting the players up to the level where they step out inn Tokyo ready to play.” 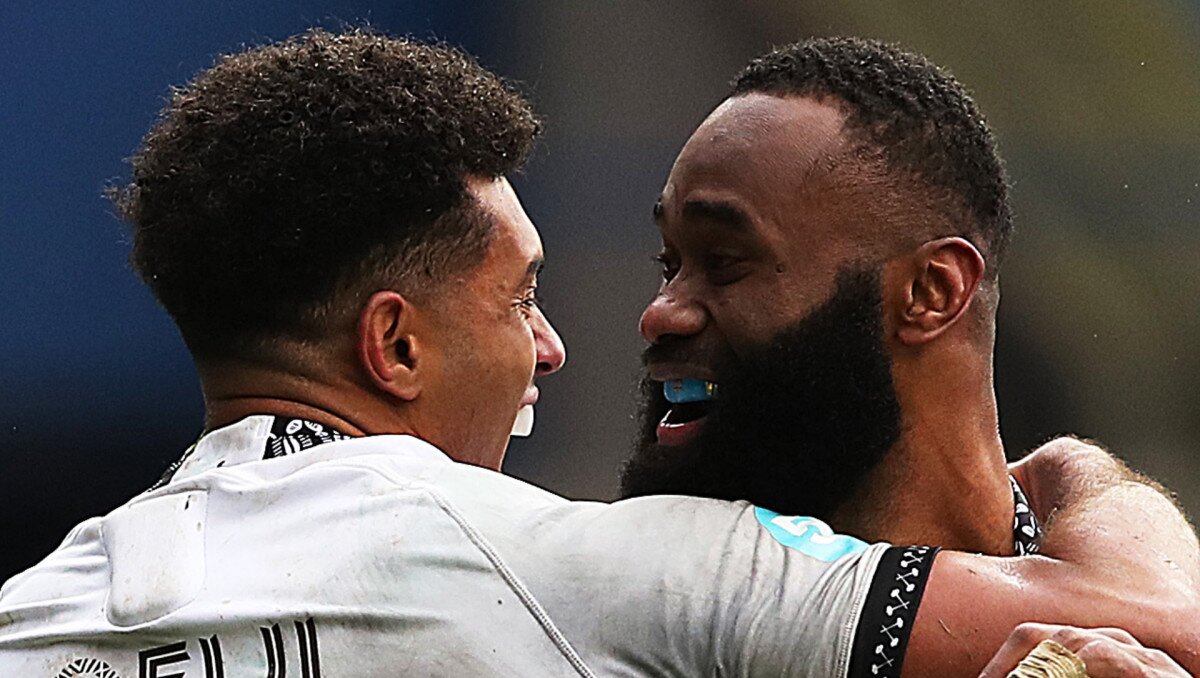 'Imagine Kolisi living in Cov? Next