Santiago Cordero extends his stay in the Premiership

Jones comes out firing Next
Back

Santiago Cordero extends his stay in the Premiership

Santiago Cordero says he is “excited” about what lies ahead for him at Sandy Park after he today agreed terms on a new one-year deal with the Exeter Chiefs.

The Argentinian international arrived in Devon back in January on a short-term contract until the end of the season.

However, the 24-year-old’s impressive form, both in matches and in training, has done enough to convince Chiefs’ Director of Rugby Rob Baxter to extend his stay.

Although he has yet to score his first points for the current English champions, Cordero helped his new club to lift the Anglo-Welsh Cup in March with a 28-11 victory over Bath at Kingsholm.

He has also played his part in guiding the Chiefs to top spot in the Premiership at the end of the regular season – and is now gearing up for the upcoming, sold-out semi-final against visiting Newcastle Falcons.

Reflecting on his new deal, Cordero – who has won 33 caps and scored 11 tries for the Pumas – said: “I am very excited of course. It is a great opportunity for me to grow as a player and as a person here, so I am really happy.”

Although it’s his first taste of English rugby, Cordero has settled well to life in the Westcountry.

“Everything is here for me,” he added. “I am always learning. I think I came to the best team in England so I am very happy with that, and I will try to keep on learning and become a better player.

“Already I have learnt lots of new things and I am always trying to ask questions and keep learning. However, I think I am just starting. I think I can make more of my talent in rugby.”

Like Cordero, Baxter is delighted the versatile back is hanging around the place for at least another season. 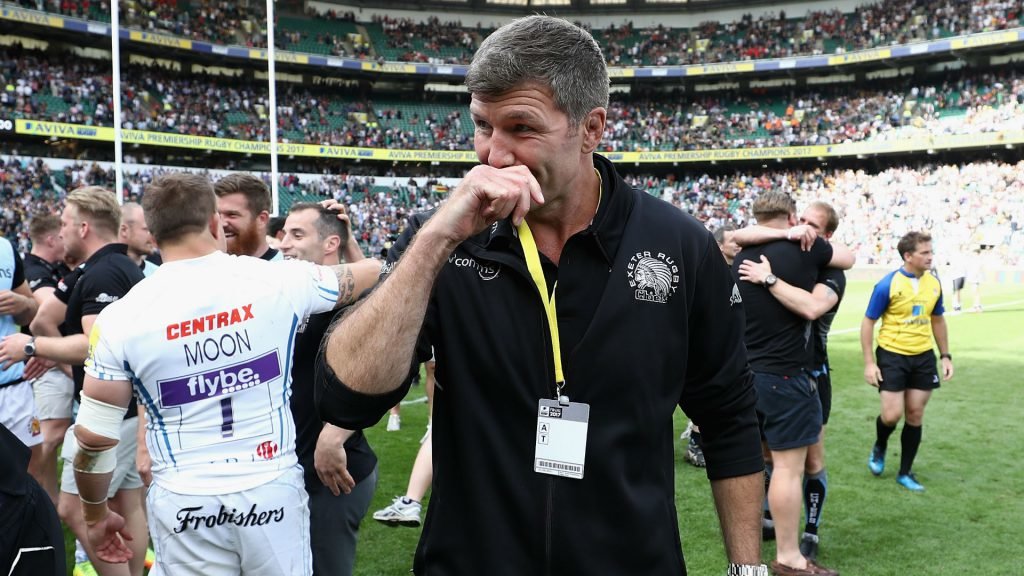 “I think the most impressive thing is that he has shown the qualities we really like,” said Baxter. “He has been prepared to work hard off the field and learn what we do as a side very quickly.

“At the same time, he has also been prepared to work very hard on the field. When I say that, those are the very basics of the game. I know some people will be impressed with some of the stepping and the breaks and the go-forward stuff, but actually what makes you very selectable here first and foremost is if you chase kicks flat-out, you work hard to be in defensive position well, you are aggressive and complete your tackles and give us momentum defensively and work hard that way.

“They are a lot of the qualities we look for in our backs which people think as non-flash stuff. I think in the Harlequins game there was a perfect example when he covers a chip from his wing to the far wing and catches a mark in the 22 – those are the hard-work elements he has bought into very, very quickly.

“For me, that makes him very selectable and when you are selected, it means you can add a bit of dynamic and electric go-forward.”

Baxter also highlighted how the move had already brought plenty of positives for all parties concerned.

He continued: “I am pleased for him and pleased for us. It was a good move for both of us bringing him in this year and obviously we are looking forward to him continuing to improve and settle and have an even more impressive time with us next season.

“I think there is a lot more to come from him as he becomes more comfortable, as he gets a bit more physical development, and gets more comfortable with our patterns and our plays and all the communication. I just think all of those things will help him develop.”