Harlequins head of rugby Paul Gustard was pleased to see some of his “old heads” shine during their 49-29 victory over Northampton at Franklin’s Gardens.

Stalwarts Danny Care and Mike Brown were among Quins’ six try scorers, as the visitors displayed some thrilling attacking rugby in racking up their first win of the new season.

Some of the youngsters in their line-up also shone, with 20-year-old Hugh Tizard impressing on his Gallagher Premiership debut and fly-half Marcus Smith claiming a personal haul of 24 points.

Gustard said: “In any rugby team, you need a blend of experience, that have been there and done it, and there aren’t many people who have done it more than Danny Care or Mike Brown, who I thought both were exceptional today.

“Scott Baldwin, who has 30-odd caps for Wales, again was exceptional and you need that.

“Hugh Tizard is 20 and making his first Premiership start today and you need those kind of guys around him.

“I thought Danny Care, in particular, his game management was awesome, Scott’s set-piece was excellent and Mike Brown just did what Mike Brown does at full back; counter attacks, claiming high balls and I was really happy with the spine of the team today.

“We scored six tries and had one disallowed and the important thing is a lot of that isn’t coaching genius.

“That’s from giving the players the freedom to attack and allowing them to express themselves.”

Harlequins led 23-17 at the break, with Smith adding three penalties to tries from Care and Nathan Earle, while Lewis Ludlam and Alex Isiekwe replied for Northampton. 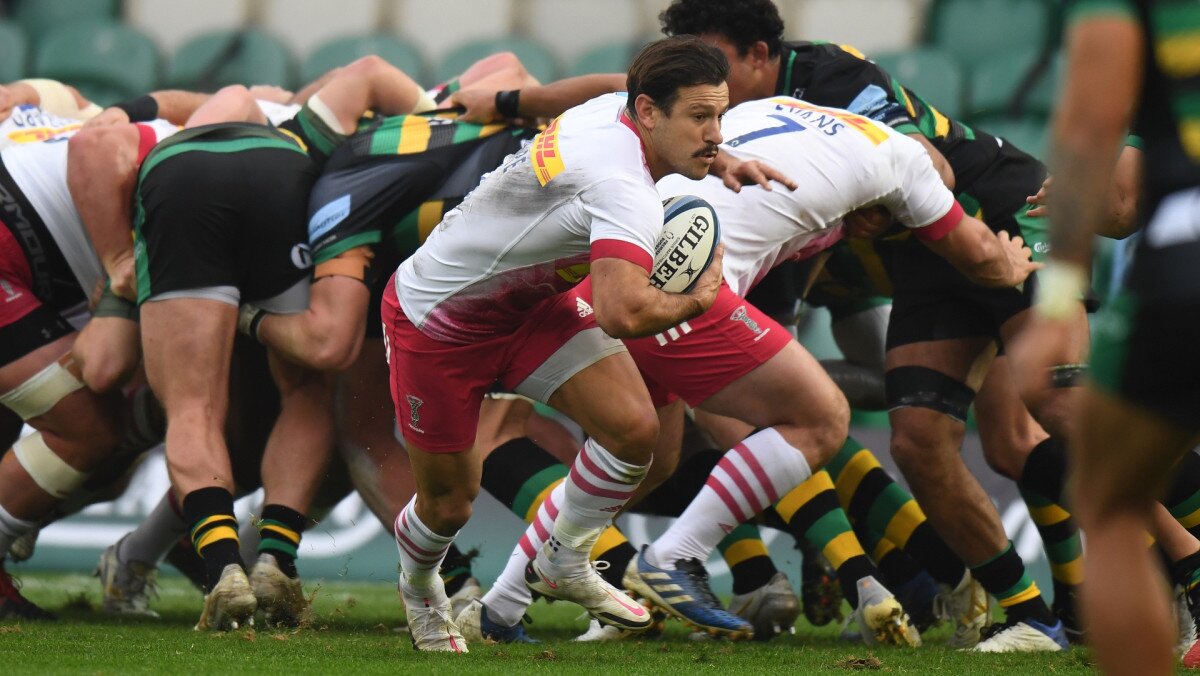 Brown and Alex Dombrandt then sealed the bonus point for Quins, who conceded tries from Rory Hutchinson and Ludlam before Scott Steele and Smith went over to make sure of the win.

Northampton boss Chris Boyd said: “We spent most of the 80 minutes chasing the game.

“We got ourselves back in the game just before half-time with a try and then got to within eight points, but I thought the spine of their team – eight, nine, ten and 12 – played particularly well.

“I think they controlled the game significantly better than we did and for us to concede six tries in the end was really disappointing.

“Not many teams play with that much width, but it was no surprise because all week around here we had practiced how we were going to deal with that. There’s no rocket science to it.

“They did well but we also didn’t execute accurately what we knew was coming all week, so it’s really disappointing that we conceded three or four tries down that wide edge when we had planned how to deal with it all week.”

Wales player ratings vs England Next