Major update regarding Huw Jones and his club future

Best backs Shmidt to leadLions Next
Back

Major update regarding Huw Jones and his club future

Huw Jones is set to sign a new Glasgow Warriors contract, after rejecting more lucrative offers from the English Premiership.

The Scotland centre knocked back Glasgow’s initial offer, understood to be around £230,000 per year, and had all-but agreed a move to Leicester Tigers last month.

However, Jones had a late change of heart after a meeting with Glasgow’s coaching staff and now believes staying at Scotstoun is the best option for his career.

He has not yet put pen to paper on a new and improved two-year Warriors deal, but that is expected to be finalised this week.

“It will be a great fillip for the club with Stuart Hogg moving on,” O’Halloran said.

“It’s great that potentially we’re going to look after Huw and keep him around.

“We’re very confident he’s going to be back on board.”

Jones, 25, has been a prolific attacking option for Scotland since making his Test debut in 2016, scoring 10 tries in 19 internationals. 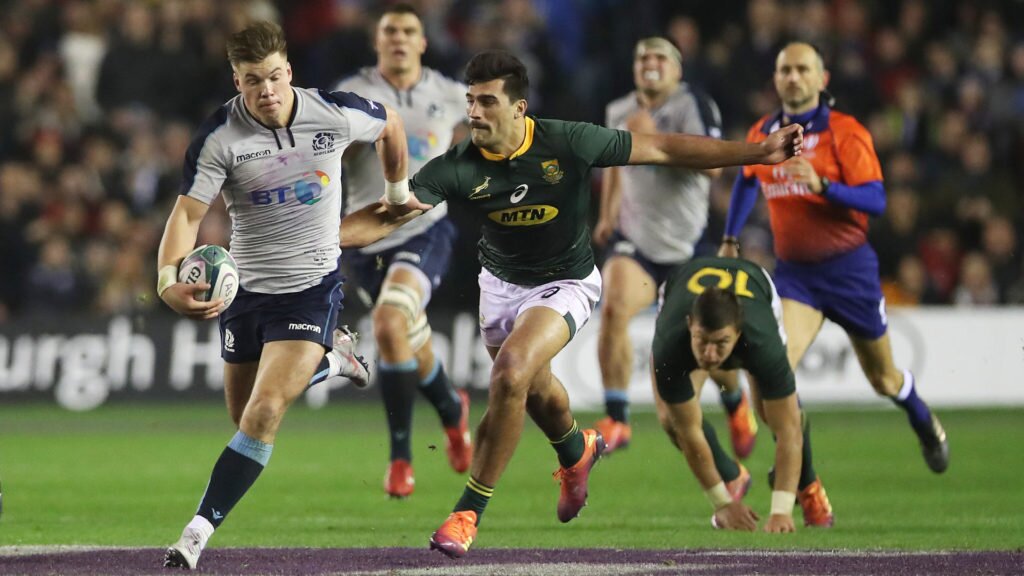 ADVERTISEMENT
The centre joined Glasgow from the Stormers last season but injury and international duty limited his impact in his first campaign at the club.
Jones has been more effective this term, touching down three times in eight games and featuring in each of Warriors’ four Champions Cup pool matches.

He will join fellow midfielder Sam Johnson in re-signing at Scotstoun, with the club announcing a new contract extension every day this week.