Bath overcame the early loss of two key players to pick up their first win of the Gallagher Premiership season with a 33-17 demolition of Worcester at Sixways.

After a home defeat to Newcastle and a thrashing at Exeter, Bath badly needed a win but when they lost Josh Matavesi and Rhys Priestland to injuries in the first quarter, their chances did not look promising.

Perry Humphreys and Nick David scored Worcester’s tries, with both converted by Billy Searle while Duncan Weir kicked a penalty.

Worcester began strongly with a couple of lively bursts from wing Humphreys giving them early pressure and they were rewarded with the first score when Weir kicked a simple penalty.

Bath then suffered two further setbacks in quick succession when centre Matavesi and fly-half Priestland were both forced to leave the field with head injuries.

Weir’s penalty was the only score of the quarter in which Warriors had the better of the argument but, following their first period of pressure, it was Bath scored the opening try when Mercer forced his way over from close range.

The first half was continually interrupted by treatment for players, which restricted the game’s flow, but Worcester missed a golden opportunity when flanker Tom Dodd tore through the visitors’ defence only to go it alone and the chance was lost. 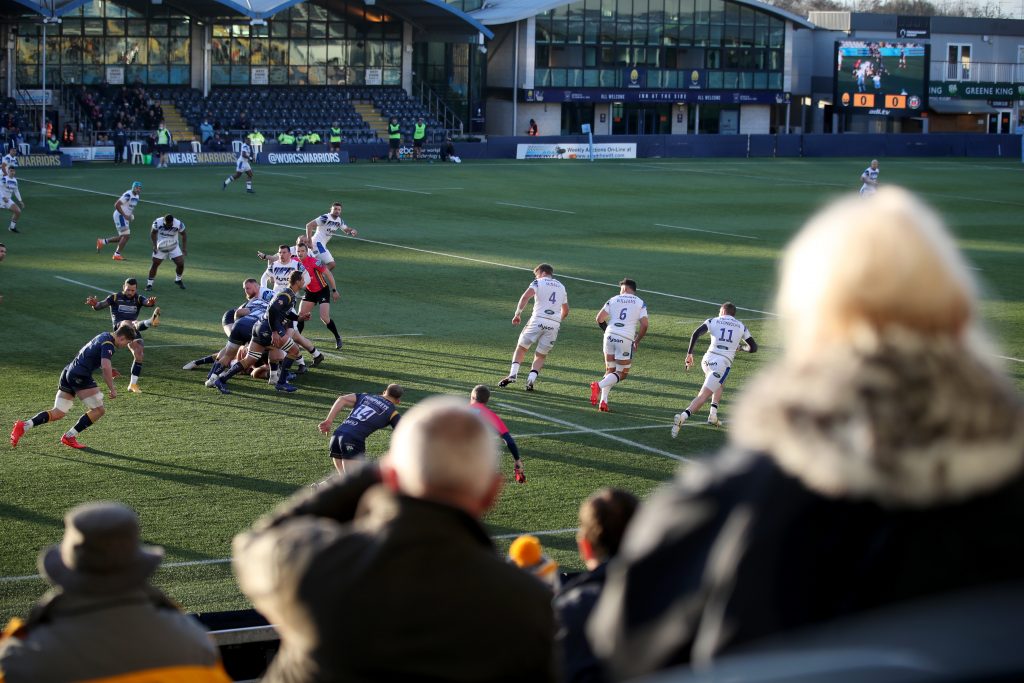 It proved costly as, almost immediately, Bath scored their second try when Oli Morris failed to take Weir’s pass and replacement Wright was on hand to seize possession and race away to score.

Worse was to follow for Worcester when McNally finished off a succession of forward drives for Bath’s third, with Spencer again converting for a 21-3 interval lead.

After the restart, the concession of two penalties soon had Worcester penned back into their own 22 and Bath looked to have scored a fourth when Spencer crossed only for TMO replays to show Mercer had knocked on when picking up from a scrum. 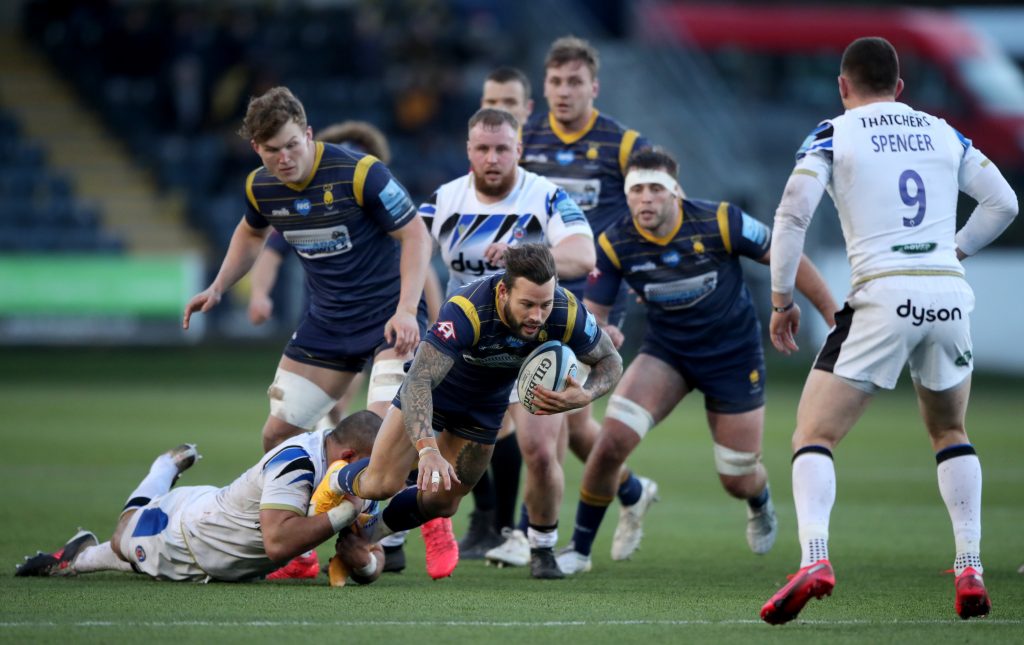 Worcester replaced Weir and Morris with Searle and Ashley Beck but their cause was not helped when lock Anton Bresler picked up a yellow card for repeated team infringements. Bath immediately took advantage, with Stooke crashing over for the bonus-point try.

The visitors sealed victory when Spencer darted away from a maul to provide Rokoduguni with an easy run-in.

Worcester, helped by a yellow card for Bath flanker Josh Bayliss, rallied in the final quarter to score tries from Humphreys, their best player, and David but it was still an afternoon to forget for the error-ridden Warriors.