Leicester increased their lead at the top of the Gallagher Premiership to a massive 16 points with a hard-fought 35-23 victory over Gloucester.

Gloucester, who led 16-14 at the interval, battled hard throughout but they were no match for a rampant Tigers who scored 18 unanswered points in one second-half spell to maintain their unbeaten home record for the season.

The visitors had the first chance for points but Hastings was off-target with a third-minute penalty.

Three minutes later, a needless late tackle by Chris Ashton on Charlie Chapman presented Hastings with another opportunity and this time the outside-half made no mistake with a straightforward kick. 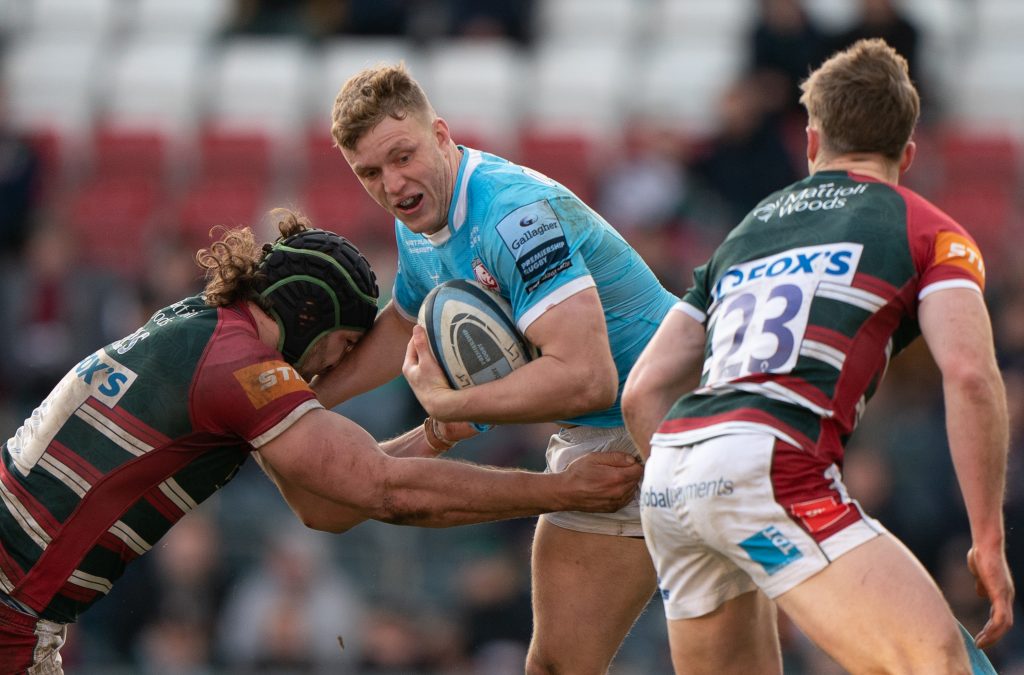 An excellent touch-finder from Burns secured Tigers their first attacking platform but the Gloucester defence held out against two five-metre line-out drives.

However, Leicester did not have to wait much longer for their first try of the afternoon.

A succession of forward drives ended with Van Poortvliet forcing his way over, but the visitors responded with a second penalty from Hastings after Leicester were shoved backwards at the first scrum.

Some magic from Burns then secured his side a five-metre scrum as the outside-half chipped over the defence and then hacked on before tackling Kyle Moyle in the in-goal area. At the resulting scrum, Gloucester were penalised for Wiese to take a quick tap and crash over.

Gloucester looked in trouble but they responded with an excellent try. From a line-out, a pre-planned move saw Santiago Carreras carve the defence apart before providing the scoring pass for Thorley.

Hastings converted before Chapman quickly took a tap penalty to deprive Hastings of a 35m kick at goal, which would have put his side back in front.

The visitors could not capitalise on Chapman’s attacking ploy and they suffered another blow when England squad centre Mark Atkinson was led off with a neck injury after receiving lengthy treatment on the floor.

He was replaced by Louis Rees-Zammit but, despite these setbacks, Gloucester were ahead at the interval as Hastings added a third penalty with the last kick of the half.

Ten minutes after the restart, Leicester regained the lead, and this time they did not relinquish it.

Mistakes by Moyle and Rees-Zammit gave the hosts a platform in their 22 from where Liebenberg forced his way over.

Burns converted before adding a penalty as Leicester dominated the third quarter with Gloucester’s cause not helped by a yellow card for replacement lock Alex Craig for a high challenge.

Burns kicked the resulting penalty before Porter completed a superb second-half performance from Leicester with a brilliant finish for the bonus-point try.

Spirited Gloucester replied with a try from Elrington but man of the match Burns had the final with a third penalty.