Joe Cokanasiga toasted his first Test in 22 months with a smart brace as England overcame the USA 43-29 at Twickenham.

England might have been missing their British and Irish Lions contingent, but Eddie Jones’ men still eased past their west London visitors.

Marcus Smith capped an assured debut at fly-half with a try, with Sam Underhill, Ollie Lawrence, Jamie Blamire and Harry Randall also crossing for the hosts.

Jamason Fa’anana-Schultz, Cam Dolan, Hanco Germishuys and Christian Dyer forced scores for the spirited USA however, in a match that broke up considerably in the second half.

Bath wing Cokanasiga’s last international appearance had come against the USA at the 2019 World Cup, where he suffered a serious knee injury.

After battling back to fitness and form this season, though, the Fiji-born powerhouse marked his Test return with two well-taken scores.

Max Malins suffered an arm injury and was sporting a sling on the bench in the second half, while Lawrence was forced out due to a head knock. 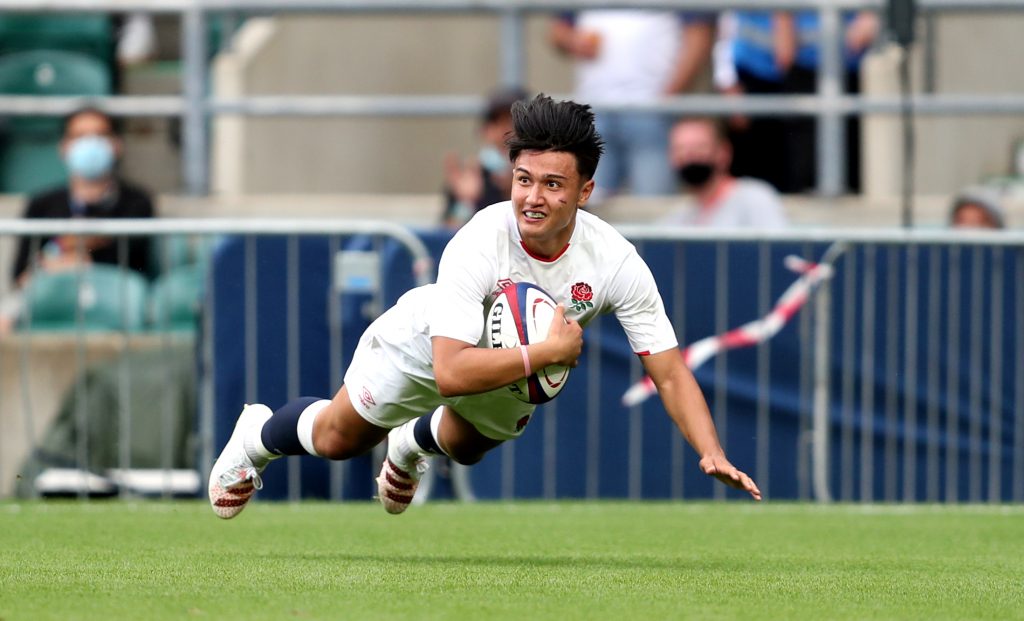 Head coach Jones had only opted to put two backs on England’s bench, forcing Wasps half-backs Jacob Umaga and Dan Robson to operate out of position.

Fly-half Umaga had to fill in at centre, while scrum-half Robson deputised on the wing. 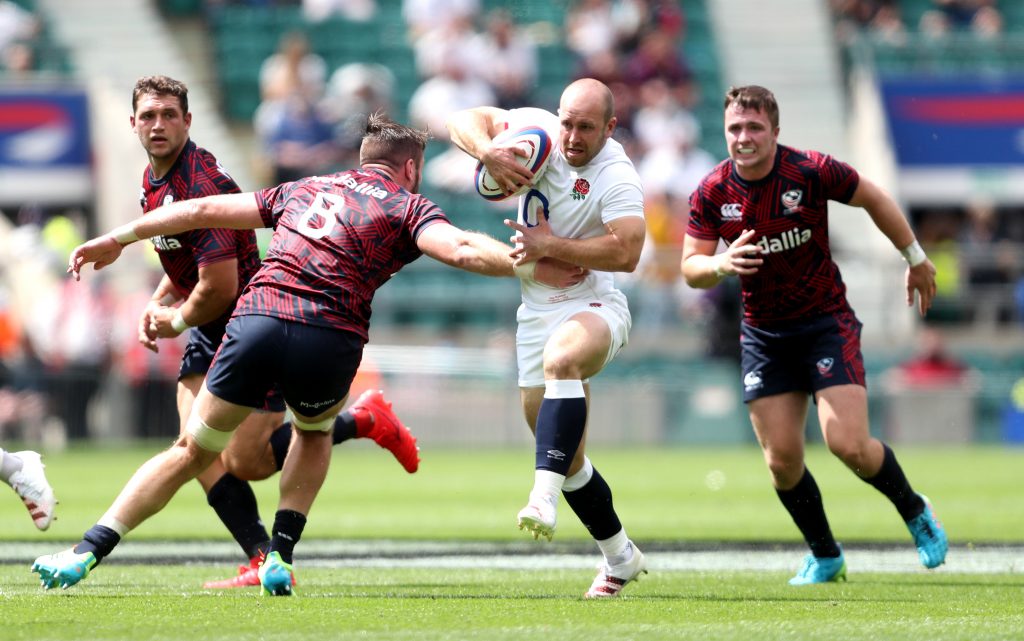 But by declining to select a specialist back-three replacement, and with injuries to Malins and Lawrence, Jones was unable to see either Umaga or Robson in their natural positions.

The talented Wasps duo will hope for a chance to impress in their regular berths in next weekend’s Test against Canada.

The visitors took an unlikely lead through Luke Carty’s well-struck penalty, when Joe Heyes was pinged at a scrum.

England’s riposte was immediate, however, Malins fielding the restart before feeding Underhill who powered into the corner. 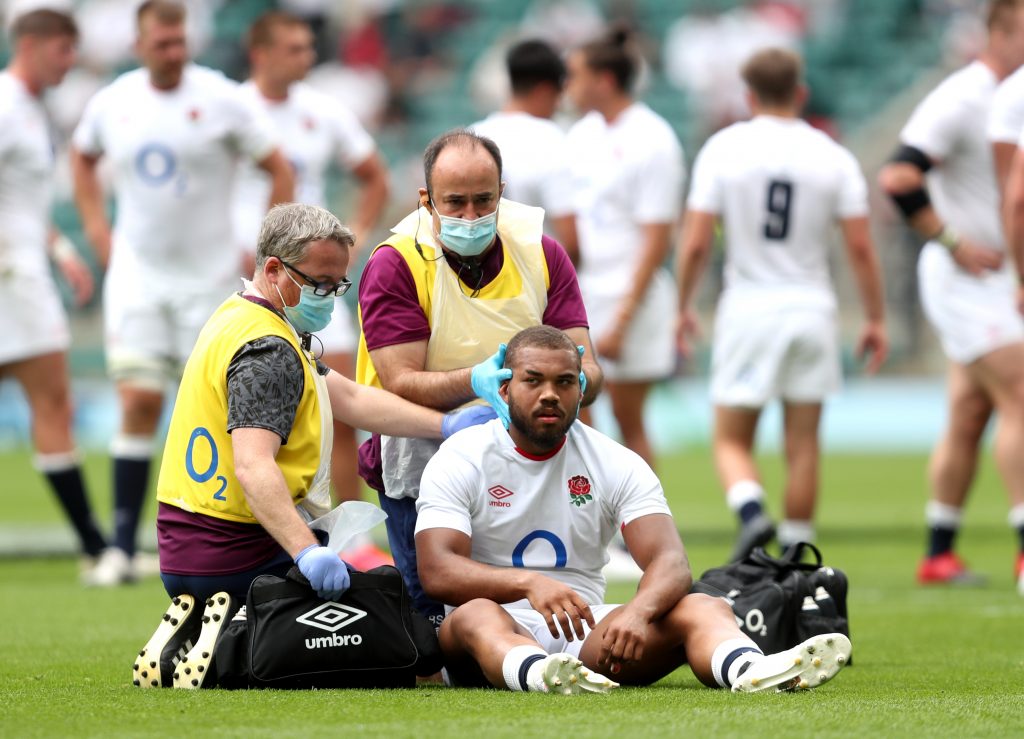 Smith hooked the conversion, in his only off-kilter moment of a fine first half.

Malins picked up his shoulder problem in the act of creating the score though, and was forced out of the clash.

Umaga slotted into the centres with Lawrence out to the wing. 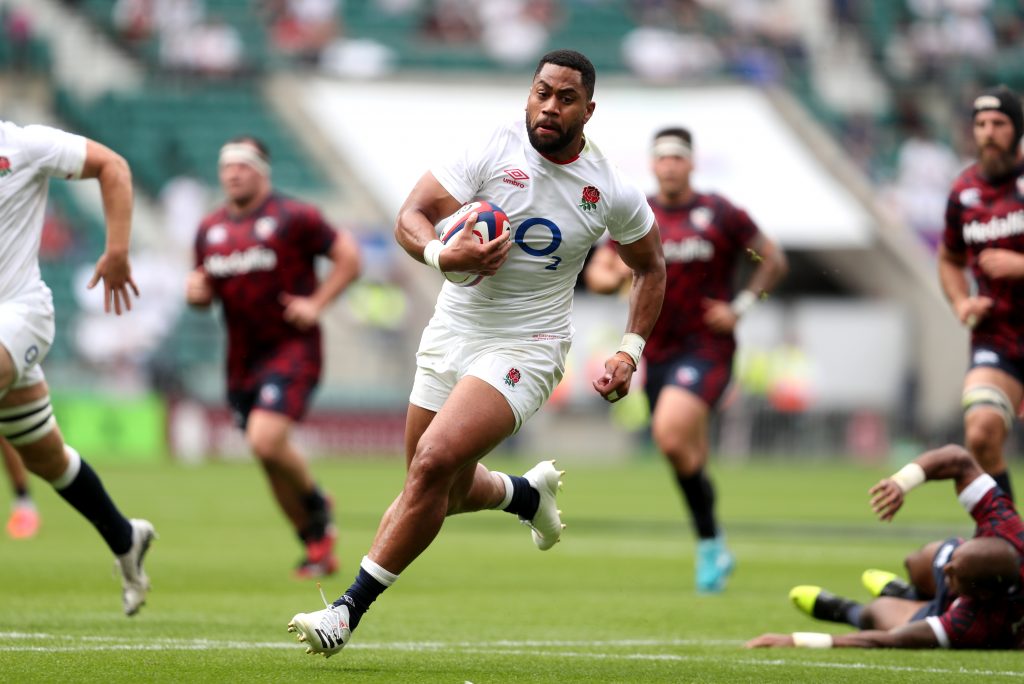 The Bath wing doubled his tally on the half-hour, benefiting from Smith’s delayed pass as the USA defence crumbled.

Lawrence and USA full-back Marcel Brache were then forced out of the contest after a nasty-looking accidental clash of heads.

That pressed replacement scrum-half Robson into action on the wing.

The hosts were in total control with their 26-3 half-time lead, however.

Flanker Fa’anana-Schultz capped a well-constructed driven maul to hand the USA first blood in the second half. 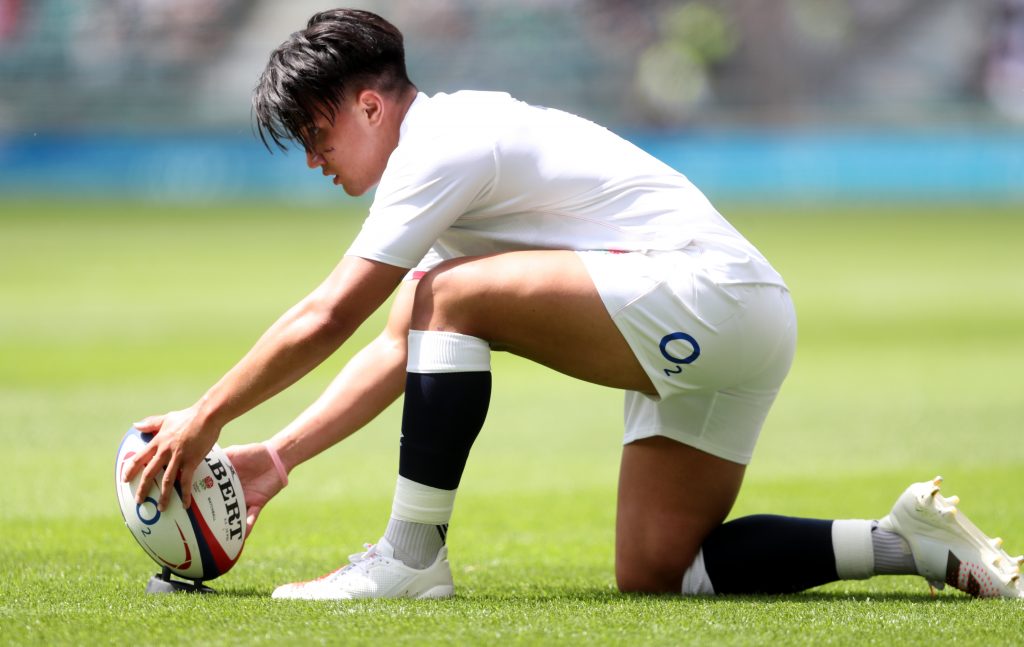 Carty missed the conversion, but the visitors had immediately cut England’s lead to 26-8.

Newcastle hooker Blamire made a quick introduction to Test rugby to put England back on the front foot, forcing a charge down and then completing a smart score.

Number eight Dolan forced a charge down of his own, however, for the USA’s second try.

Randall was left exposed with no forward guarding his box kick, and Dolan pounced for a soft try from England’s perspective.

Smith tiptoed in for England’s sixth try, relieving growing tension as the hosts had slipped off the pace.

The Harlequins fly-half missed the conversion, leaving England ahead 36-15.

Randall stepped home for England’s seventh score, with Smith converting from under the posts.

Germishuys powered in for the USA’s third score as England continued to struggle to contain the visitors’ tight game.

And the USA powered in again at the death, with Dyer racing in the visitors’ fourth score.