Jimmy Gopperth Proves Wasps Are Strong as Ever

Super Rugby Power Rankings: The... Next
Back
Heineken Cup

Jimmy Gopperth Proves Wasps Are Strong as Ever

Start your free trial of RugbyPass today and watch all this weekend’s games live, on demand and in HD on your TV, PC, Phone and Tablet.

Martyn Thomas recaps the weekend of the European Champions Cup where thrilling conclusions were found at every turn.

Speaking to Jimmy Gopperth ahead of Wasps’ European Champions Cup quarterfinal against Exeter on Saturday, the Kiwi fly-half was in modest mood.

“I’m just another cog in the back line,” he told me. “I don’t need to try too much, I just let the players do the work and try and put them in a bit of space.”

It was a typically understated comment from a No.10 who has quietly become one of the most accomplished playmakers in the European club game during spells with Newcastle, Leinster and now Wasps.

And he stayed true to his word at the Ricoh Arena, remaining calm with time running out to put England centre Elliot Daly clear, who in turn fed Charles Piutau to power over for his second try of the match.

With time expired, and a tight touchline conversion to come, the hosts had hauled themselves back into a contest they had trailed by 13 points with only the final quarter remaining.

And for all the individual brilliance of Piutau, Daly and Frank Halai, Wasps’ place in the last four was dependent on the right boot of their fly-half.

Having missed a wide conversion from the opposite side of the pitch earlier in the half, Gopperth would have been forgiven for experiencing a few nerves as he stepped up.

However if he doubted himself, he kept it extremely well hidden as his arms were raised, biceps clenched, in celebration almost as soon as the ball left his boot. 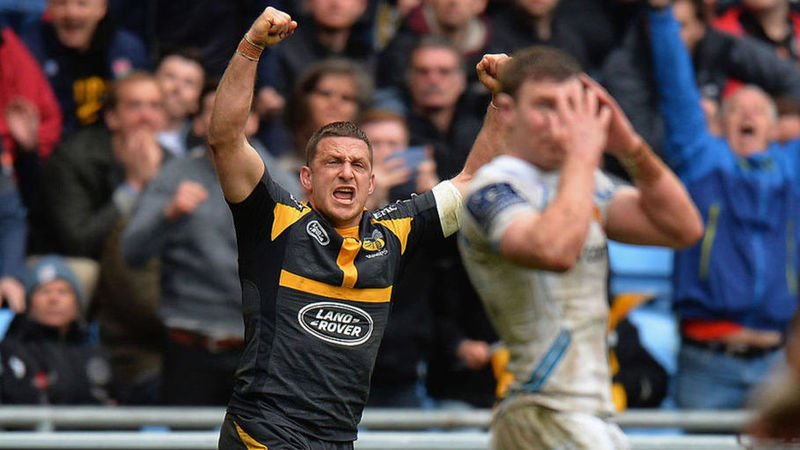 The cog had done its job, sending the ball spinning through the posts and the Wasps into the last four. Providing further evidence, if any were needed, that Danny Cipiriani will not be able to walk straight back into this Wasps team when he returns next season.

Wasps have won the competition on their previous two visits to the semifinals, but they will not be able to rely on history alone this year following the closest weekend of European quarterfinals of the last decade.

That five of the eight losers across the Champions Cup and Challenge Cup ties were beaten by less than a single try is nothing new. In fact it was the same last year.

But, crucially 12 months ago only two quarterfinals were settled three points or less, this year it was four. Indeed, for the first time since the 2009-10 season, two of the eight ties were settled by just a single point.

And these were not dour kicking affairs, either. Wasps’ narrow win over Exeter yielded 49 points and six tries, while Grenoble beat PRO12 leaders Connacht 33-32 in the Challenge Cup despite being outscored four tries to three by their visitors.

Even Leicester’s 41-13 dismantling of a below-par Stade Francais at Welford Road seems close when you consider three quarterfinals in the previous two years had been settled by 32 points or more.

Moreover, it was not merely a weekend rich in competitive rugby but also one on which the champions of both competitions fell.

Toulon, winners of the last three European Cups, had been given a bitter-sweet prize for navigating a tough Pool 5 behind Wasps and were unable to beat Racing 92 in northern France for the second time in a matter of weeks. Even with Maxime Machenaud’s late shank. 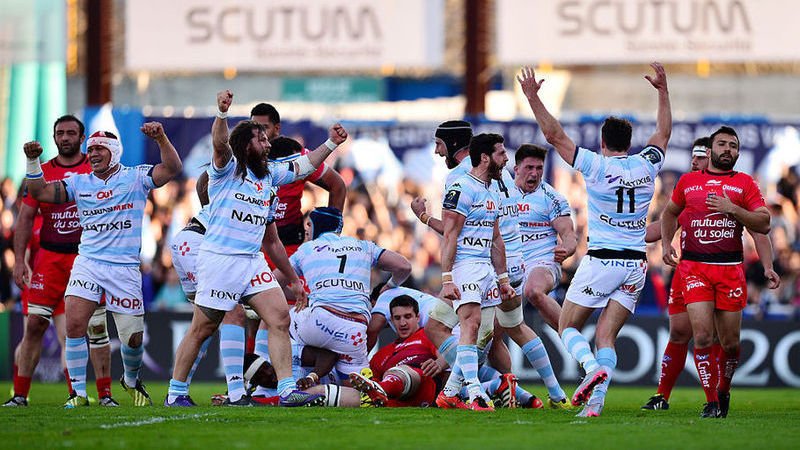 Yet, the standout result of the weekend was arguably staged in England’s west country, where Newport Gwent Dragons arrived as a club in crisis and left having beaten Challenge Cup holders Gloucester on their own patch.

Erratic as the Cherry and Whites can be it was some way for the Welsh region to end a week in which they had been put up for sale.

The Dragons’ appearance in the last four of the second tier competition does, though, highlight the growing hegemony of the English and French clubs.

Connacht were unable to hold onto a commanding lead that would have seen them join them. But with the PRO12’s representation long eliminated from the Champions Cup, it was a weekend that did little to assuage the growing sense that Aviva Premiership and Top 14 clubs are sprinting off into the distance.

That is a problem that European Professional Club Rugby, PRO12 and its unions should address, but is also a debate for another time.

For now, the continent’s rugby fans should be allowed to bask in a thrilling weekend of action safe in the knowledge they have another to look forward to in a fortnight’s time.