Maro Itoje has more than a hint of menace around him this week. It was as early as Wednesday when he tweeted ‘Ready for the weekend’ and he was then defiance personified all the way through a Thursday grouped media Zoom call, leaving none of the dozen journalists who were hanging on every Itoje word in no doubt that Saracens are coming to Dublin on Saturday to do a job on Leinster – just like they did 16 months ago in Newcastle.

Much has changed since that May 2019 showpiece. Saracens’ reputable reputation has been sundered by the salary cap scandal that will see them drop into the Championship for 2020/21, a punishment that is the major factor behind why so much of their matchday 23 for the Aviva Stadium is so very different.

For instance, Liam Williams and Nick Tompkins are now in Wales, Alex Lozowski and Titi Lamositele in France, while Ben Spencer and Nick Isiekwe are at rival Premiership clubs – that’s a lot of quality beef to have packed up and shipped off.

Saracens’ Alex Goode guests on All Access, the Rugby Pass interview series, ahead of Saturday’s quarter-final

It’s contributed to why the Londoners have largely been written off for their quarter-final, their European chances seemingly further diminished by the dreadful red-carded tackle that resulted in Owen Farrell’s suspension.

Itoje, though, was having none of the pessimism, his demeanour ahead of the crunch last-eight tie all full-on determination, the sort suggesting that the vice-like grip Saracens have on the trophy they have won three times in the past four seasons won’t be easily loosened.

Ready for the weekend ? pic.twitter.com/IaGC9UqySt

Vice-like is emblematic of Itoje’s style. Take his shirt tugging – when he grabs a hold he doesn’t tend to let go. Just ask James Ryan, his second row opposition this Saturday, and CJ Stander. They were the pair of Ireland players Itoje relentlessly held on to while in a two-on-one wrestle for England seven months ago at Twickenham.

He pulled Stander’s jersey over his head and nearly did likewise to Ryan in an extraordinary show of belligerence while he was lying on his own back on the ground. Now he is ready to sow it into the Irish once more.

Asked Itoje where he would rank in the pantheon a Saracens win over Leinster and he demurred. “I don’t know. Let’s win and I’ll tell you afterwards,” he said.

Living in the moment is very much his thing. “There is no doubt that Leinster are the form team, they are extremely well-coached, have done really well. They have a lot of very good players within their system. They are leading the way – but we have got a special team here.

“We have got some special individuals and some big characters who love these types of games, who relish these opportunities. Since the resumption, we have been up and down, but I just have a feeling things are coming together at the right time for us.

“We just need to put it all together and we will be fine. We have had players go, we have had players come in, we have had changes in personnel, but it’s never ever only one player that makes the difference, it’s always a team effort. There are always guys buying into the system and it creates something special.

"Do they play rugby in Barbados? I might play there"

– Maro Itoje has revealed he doesn't plan on being a one-club man and spending his entire career at Saracens w/@heagneyl ??? https://t.co/j12X7l29Us

“Owen is one of the best players in the world so we are going to miss him, but he has been a great help too as he always is to every week and his attitude and the way he has approached this from the team’s point of view, we are just really looking forward to the game.

“At Saracens, we are used to competing for trophies, we’re used to competing in all competitions towards the end. Given everything that has gone on in the last 18 months or so, we can’t compete in the Premiership so this is somewhere we can compete. It’s just really exciting.

“I’m more excited by new memories. What motivates me personally is what I can do and what I can be a part of going forward, not necessarily things that have happened in the past or that kind of stuff. My energy is directed and motivated by what we can achieve going forward and we have got a talented group, we have got talented coaching staff that can do something special.” 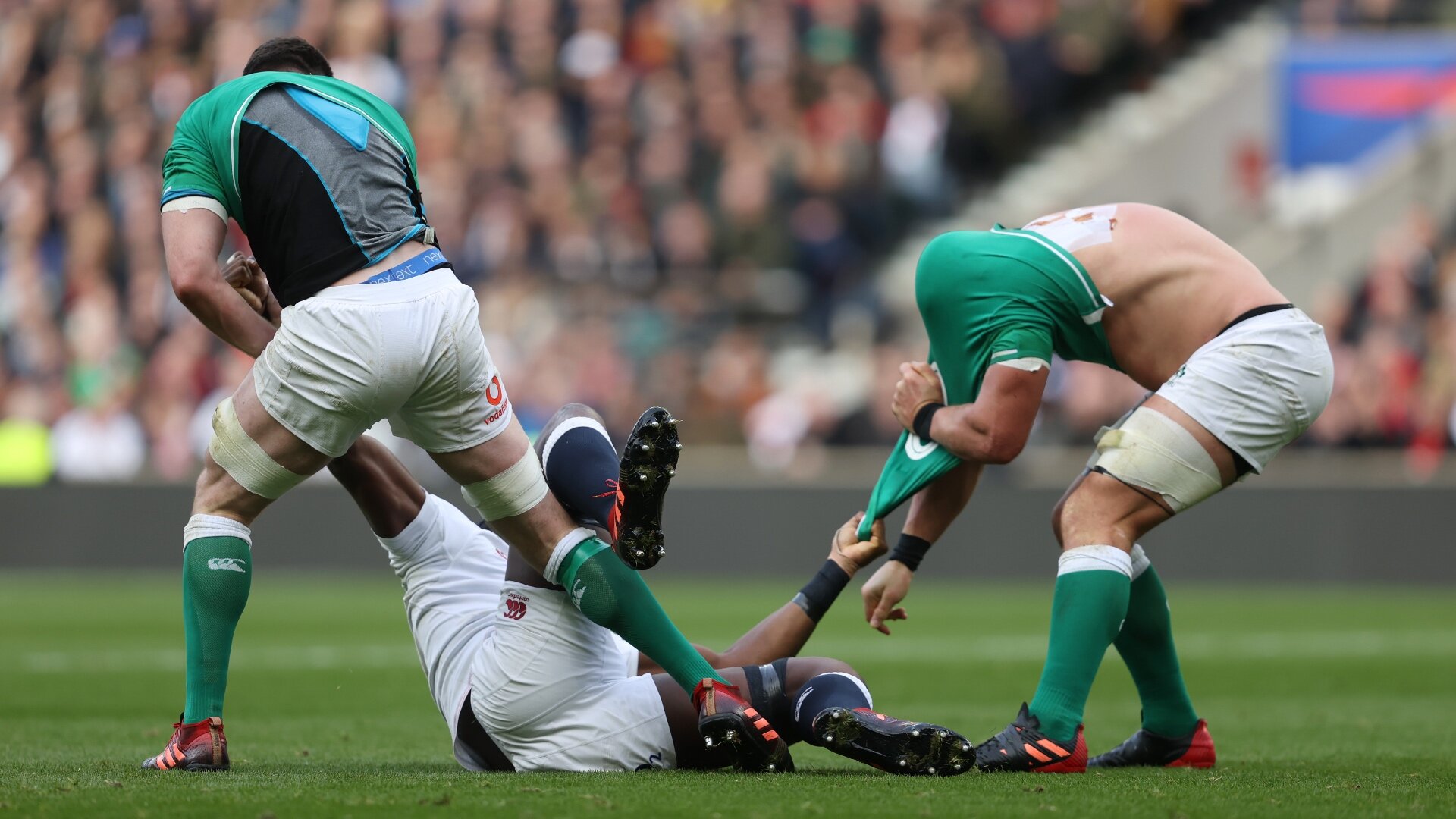 Knocking Leinster off their perch would snuggly fit that category. Not since that St James’ Park afternoon when the clubs last clashed have the Irish side lost a game, their 25-match winning streak culminating in last weekend’s successful defence of their PRO14 title. Now comes their real moment of truth – have they refined their game enough to dethrone Itoje and Saracens?

“We don’t go into games to make up the numbers,” said Itoje, making light of the favouritism now heaped on Leinster even though it is Saracens who still have possession of the European trophy. “We don’t go into games just to participate. We go into games to win. For me, it’s a huge opportunity. I’m really, really excited, really grateful to be playing such a game given the circumstances. It will be nice to get out of the country for a little while to sunny Dublin.

“A different level is required because Leinster are a very good team. European rugby, quarter-final rugby is a step above normal, domestic Premiership matches so a different level is definitely required… I don’t have a fear of failure but it does highlight the importance of this event. This is a hugely important game.

“We don’t have next season for the Premiership or the European Cup. It’s important to do well and succeed but also enjoy the experience, enjoy the event, enjoy European rugby because nothing is really guaranteed. You don’t know what tomorrow is going to hold. It’s massively about relishing the moment.”

Leinster vs Saracens has a brief history but a memorable one. Who gets the win this weekend? #LeinsterVsSaracens #EuropeanChampionsCup pic.twitter.com/MRiFW3RHap