'I couldn't see myself ever going back': How New Zealand Rugby nearly lost its next big star to the NRL

'I couldn't see myself ever going back': How New Zealand Rugby nearly lost its next big star to the NRL

Jacob Ratumaitavuki-Kneepkens hardly let the ink on his final high school exam dry before his professional rugby career took off.

Hailing from Francis Douglas Memorial College – the New Plymouth rugby nursery responsible for producing All Blacks such as the Barrett brothers, Conrad Smith, Liam Coltman and Du’Plessis Kirifi – Ratumaitavuki-Kneepkens was thrust into the national sevens set-up at their Mount Maunganui headquarters after signing a two-year deal at the end of 2019.

“I finished my last exam at school and that same day went up to join the team,” the new Blues signing told RugbyPass.

Having already represented the New Zealand Schools side in 2018 and 2019, attaining national honours wasn’t new to Ratumaitavuki-Kneepkens.

But, as a fresh high school graduate that had only been playing 1st XV rugby a few months beforehand, being so urgently called upon by the most title-laden sevens organisation on the planet was still a very rapid rise for the teenager.

Even if he was taking part in a development capacity, aspirations of playing at the Olympics and on the World Sevens Series loomed large in Ratumaitavuki-Kneepkens’ mind.

That’s still the case in spite of the ongoing coronavirus pandemic, which denied Ratumaitavuki-Kneepkens a debut for the All Blacks Sevens last year.

“The last tournament they played was in America and Canada, and then the next tournament was kind of like a rest for the older boys that had played every tournament to freshen them up for the Olympics,” he recalled of last season’s World Sevens Series.

“I had some comms about hopefully debuting in Hong Kong and Singapore, but when the boys got back from Canada, that’s when we went into lockdown and kept that dream on hold.”

Had he not been the target of three separate recruitment ploys from the Blues, Chiefs and Hurricanes ahead of the upcoming Super Rugby season, Ratumaitavuki-Kneepkens could well have been in line to make his long-awaited All Blacks Sevens debut whenever the World Sevens Series returns.

While no timeline has been set on when World Rugby’s global sevens circuit will be up and running once again as border closures remain in place, donning the black jersey in the abbreviated format of the game remains a big goal for the 19-year-old.

“Getting told you could debut and getting that taken out of your hands is a bit gutting, but I guess it’s kind of why I want to go back and hopefully the plan for the sevens team is to debut,” he said.

“We’ve got an honours board in the changing room. Seeing my name up there alongside some of the greats could be a bit of a cool feeling.

“I’m still optimistic. Whatever happens with the whole COVID thing, if the borders open, and the opportunity came up to debut, I’d take it with both hands.”

Just how his commitments with the Blues will fit in with those plans remains to be seen, but, for rugby fans across New Zealand, juggling Super Rugby with sevens is a far better predicament for Ratumaitavuki-Kneepkens to have than having him lost to rugby league.

That is exactly what could have transpired following the aggressive push for the youngster’s signature by NRL clubs in Australia during his early days at high school.

Although the excitement of interest from teams and clubs he had grown up watching as an avid rugby league fan was immense, it also proved to be the start of a tumultuous period that forced Ratumaitavuki-Kneepkens to decide early on where his sporting allegiances laid.

“It was a weird time,” he told RugbyPass.

“We just played our U15 sevens Condors tournament. We went alright, and then my mum’s phone was blowing up a bit. It had some league scouts messaging her and ringing her.”

Those league scouts happened to be from the Newcastle Knights, the club of which he travelled to in 2016 to gain his first taste of a professional sporting environment.

“I enjoyed that, it was really cool. At the time, when you’re that young, taken overseas for free, it’s a lot to take in,” Ratumaitavuki-Kneepkens, who at that stage was only 15-years-old, said.

“Went there for a week, enjoyed that, and then there was a Pacific tournament in Auckland on the weekend that I flew back in.

“I played that, and then mum and I met this guy from Parramatta who said they would be keen to do a similar thing and show me the area, have a bit of a camp, so I went over there, maybe just for the weekend.” 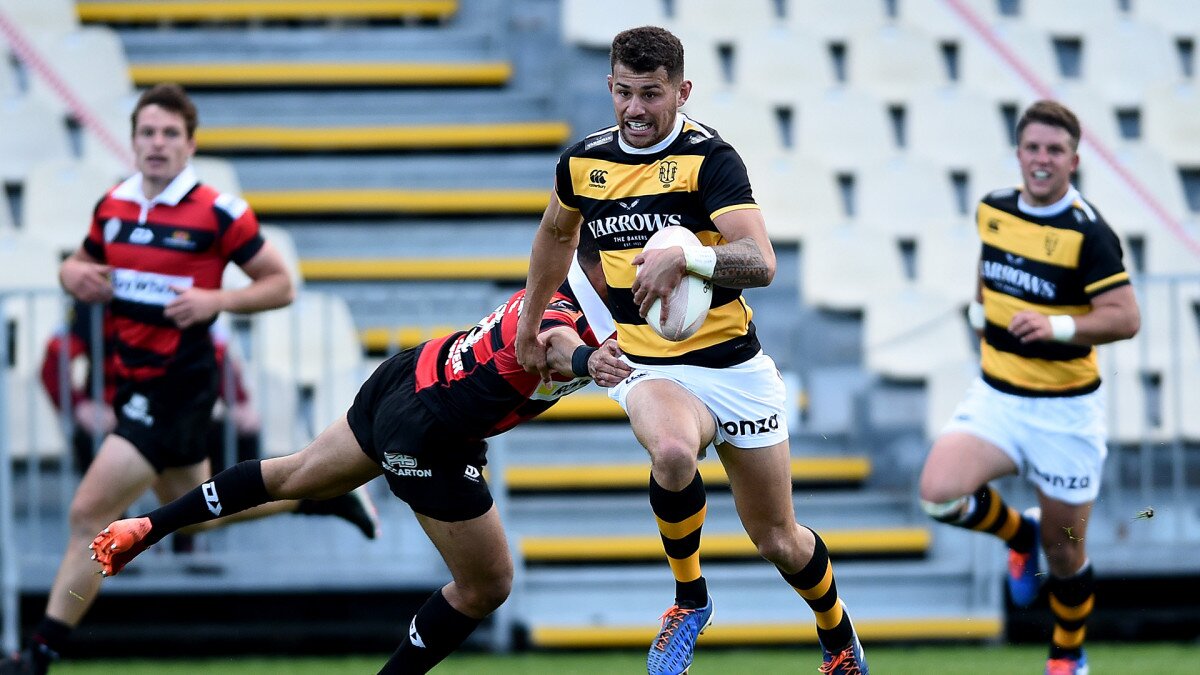 One weekend turned into a three-year contract with the Eels, with Ratumaitavuki-Kneepkens signing a deal that would see him travel from New Plymouth to western Sydney on a regular basis for training camps and games through until his final year of school.

In Year 13, the plan was to move to Parramatta permanently, where the prospect of a career in the NRL would have been in reach.

There are, without doubt, thousands of league-adoring youngsters who would do anything to be in the position that Ratumaitavuki-Kneepkens had found himself.

Few that age can command a three-year deal with an NRL club with a history as rich and proud as Parramatta’s, so it’s understandable that Ratumaitavuki-Kneepkens’ focus was so firmly fixated on the 13-man code at that point in time.

“We had our first 1st XV season for rugby back in school, and at the time I was playing league, and I was thinking to myself, ‘I don’t think I can go back to rugby’. I was just really invested in league,” he said.

“I couldn’t see myself ever going back to footy.”

That changed, though, when he took to the field for the Francis Douglas Memorial College 1st XV for the first time.

“I played the first season for the 1st XV with my older brother, and I fell back in love with footy.”

It was as simple as that.

The sentimental lure and purity of non-professional rugby rekindled a passion for the sport, but it soon dawned on Ratumaitavuki-Kneepkens that he had contractually bound himself into the wrong decision by signing with the Eels.

“It was in the back of my head that it was a few years away, but I was thinking, ‘I won’t be able to do my last year of school here, I wouldn’t be able to finish off 1st XV if I go to Australia’.

“I was having these talks with mum about it, and was thinking, ‘Maybe I’ve made the wrong decision’, obviously being 15 and you just see some money being put on the table and a bit of paper that you just sign, you sign your name away.”

A return to Parramatta midway through 2017 proved to be the final nail in the coffin in confirming that he had made the wrong choice.

Homesickness and the brutality of the club’s youth system took its toll on Ratumaitavuki-Kneepkens on the other side of the Tasman Sea.

“It just wasn’t the same, as in when they’re trying to get you, they’re trying to show you what they have to offer, and I guess when you sign, you’re not forgotten about, but you don’t know who to talk to if you need something or your mates.

“Even though I was there for four days, I was already homesick. I just wanted to be back.”

Fortunately, one of his older brothers had an agent who managed to weave Ratumaitavuki-Kneepkens out of his deal with the Eels, enabling him to stay in New Plymouth and focus strictly on rugby.

Ratumaitavuki-Kneepkens said the complexity of NRL contracts meant it wasn’t a smooth process, with an agreement to terminate the contract only coming after about half a year of negotiations.

Regardless, he is thankful for how things have panned out since then.

“Even now, I’m really happy I made that decision, and in my last year of school, I was a bit more grateful to be with my mates instead of bloody 40 degree weather, snakes everywhere,” Ratumaitavuki-Kneepkens laughed.

With a Super Rugby debut imminent, and Olympic aspirations still intact, it seems that rugby league’s loss is very much going to be rugby union’s gain.