Harlequins produced another of their spectacular second-half rallies to gain a third consecutive away win over Wasps.

The misfiring champions trailed 16-0 at the interval at the Coventry Building Society Arena but it was one-way traffic afterwards as they picked up five points with a bonus-point 26-16 victory.

Wayne Pivac on why Wales changed tactics just before kick-off

Wayne Pivac on why Wales changed tactics just before kick-off

Wasps’ points came from a Gabriel Oghre try and three penalties and a conversion from Jacob Umaga.

Harlequins famously came from 28-0 down to beat Bristol in last season’s play-off semi-finals and, in another example of their battling spirit, recently overturned a 21-point deficit to defeat the same opponents, and they were forced to dig deep again in this match.

The visitors lost two early line-outs to gift their opponents a flying start with Wasps fly-half Umaga putting his side in front with a simple penalty.

Wasps had 18 players unavailable for selection for this fixture and their injury woes continued when full-back Ali Crossdale was clattered as he attempted a tackle and was carried off on a stretcher. 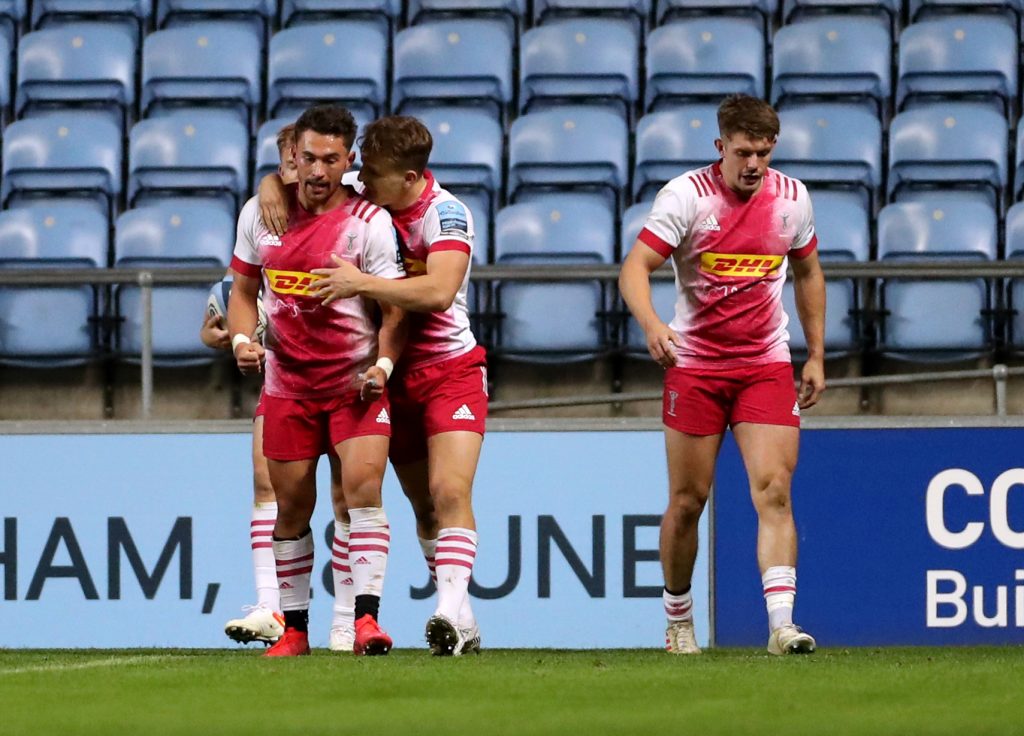 Following a lengthy delay, Marcus Watson replaced him but Wasps immediately overcame that setback to score the opening try.

Esterhuizen lost possession inside the Wasps half and Umaga picked the ball up and ran 50 metres down the left-hand touchline. When challenged the fly-half threw an overhead pass to Josh Bassett who sent Oghre over.

The hosts could have a second try when Esterhuizen failed to collect an up and under from Umaga.

The ball ran loose for Will Porter to burst away and then evade a poor tackle from Danny Care but Nick David, on his Quins debut, ankle-tapped Porter when the scrum-half looked certain to score. 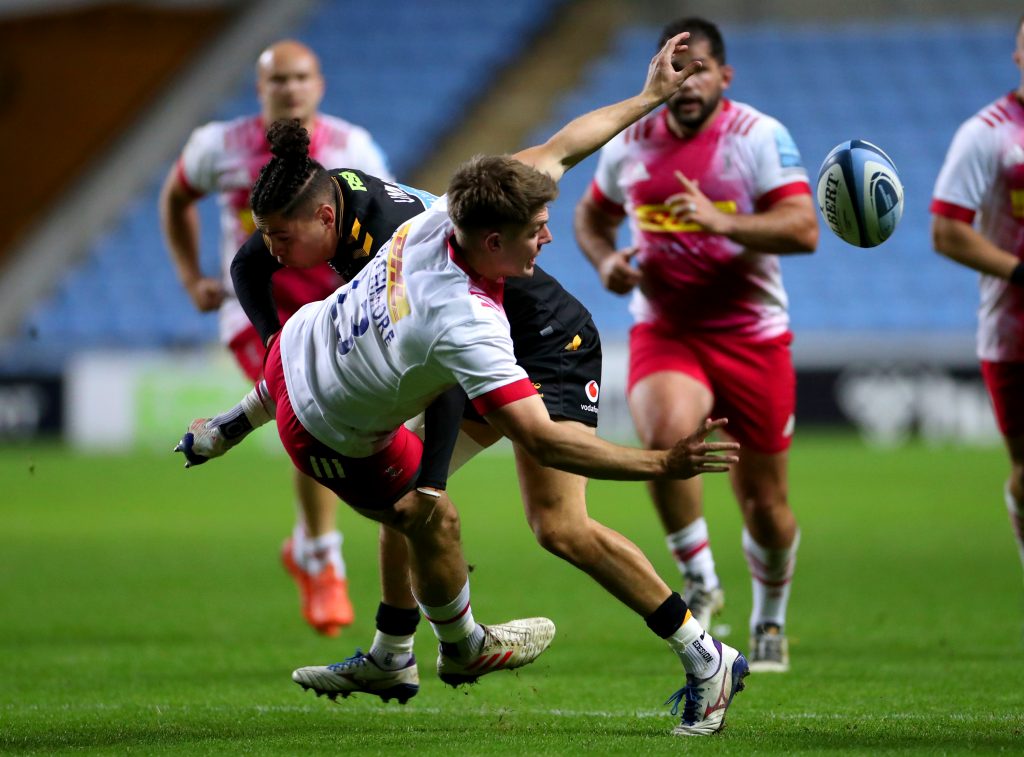 However, Wasps still picked up the next points when Umaga kicked a second penalty before the visitors suffered an injury blow of their own when wing Cadan Murley was led off.

Wasps prop Robin Hislop was the next casualty after failing a head injury assessment before his side missed a golden opportunity to extend their lead when Oghre greedily went on his own with the line beckoning and the chance was lost.

Umaga kicked his third penalty before Wasps looked to have scored a superb try with brilliant inter-passing ending with Bassett crossing, but TMO replays showed that one of the passes was forward. 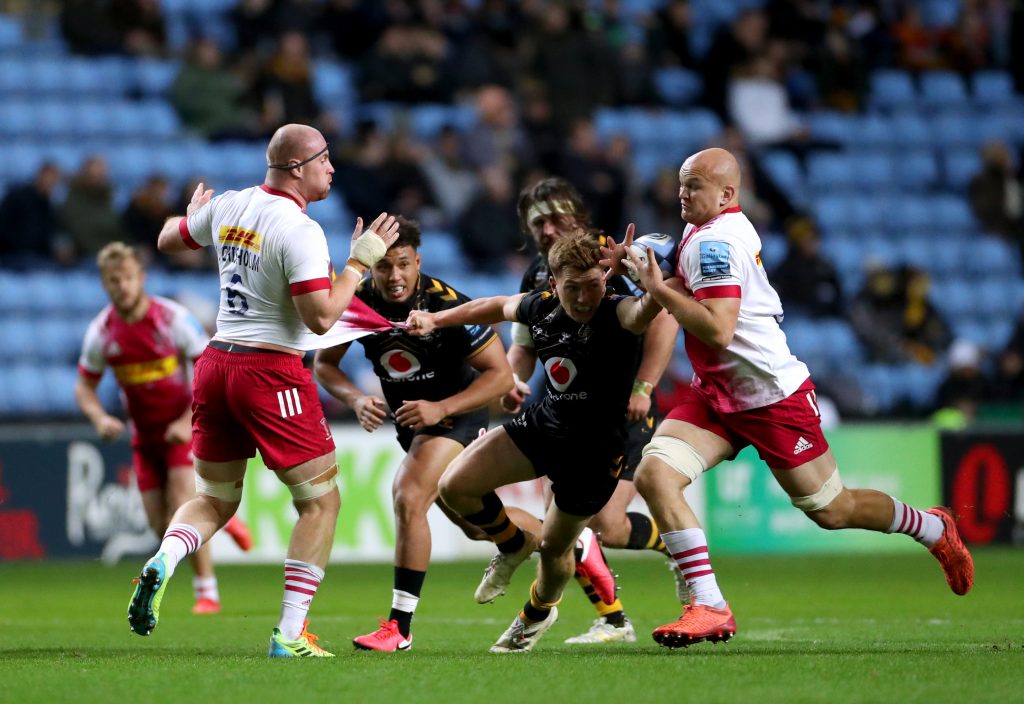 That left the home side with a 16-0 lead at the end of an injury-disrupted 65-minute half.

However, Harlequins have shown they can never be discounted and within two minutes of the restart they were on the scoreboard when dart from Care provided Green with an easy run-in.

Care was replaced by Steele soon after but Quins, aided by a dominant scrum who won frequent penalties, were now a different proposition and increasingly Wasps were placed on the back foot.

It therefore came as no surprise that Quins scored next when a half-break from Esterhuizen sent Northmore over.

Wasps were now firmly under the cosh and their opponents took the lead for the first time when Steele dashed over from close range before Green had a try ruled out for a forward pass.

However, Wasps could not capitalise and in the dying moments Northmore raced in for his second try of the match to leave the home side with nothing.