END_OF_DOCUMENT_TOKEN_TO_BE_REPLACED

END_OF_DOCUMENT_TOKEN_TO_BE_REPLACED
'We thought Quins were arrogant, thought they were above themselves'
P
Poorfour 1 hours ago

Harlequins staged one of the greatest comebacks in history to deprive Bristol of their first Gallagher Premiership final appearance.

In a thrilling game, Quins looked certain losers when moments before the half-time whistle they trailed 28-0.

However, they then scored five tries to take the match into extra time.

They added two more in that period to reach their first final since 2012 with a side that had 11 of their academy products in the matchday squad of 23.

Max Malins scored a hat-trick for Bristol, while Ben Earl and Luke Morahan claimed one apiece and Callum Sheedy kicked three penalties and a conversion.

Bristol made an explosive start. Two penalties in quick succession from Sheedy gave them the lead before they scored a superb try.

From inside his own half, Charles Piutau took a quick line-out before dancing past three defenders. The full-back then fed Semi Radradra before a well-timed pass from the Fijian sent Earl over.

Worse was to follow for Quins when Piutau intercepted a stray pass to race away. Smith dashed back to prevent Piutau from crossing but Bears retained possession before moving the ball wide for Malins to score.

Sheedy missed both conversions but Harlequins still had a mountain to climb as they trailed 16-0 at the end of an exhilarating first quarter.

Bristol looked set for another score when Radradra brushed aside a couple of Quins but Aaron Morris intercepted to save the day. In the process the wing sustained a hamstring injury and was replaced by Luke Northmore.

Northmore’s first action was to stand behind his own posts as Bristol scored their third try when Nathan Hughes picked up from a close-range scrum to provide Malins with a walk-in.

Bears were unstoppable and a fourth try soon arrived. From a line-out inside their own half, they spun the ball wide for Radradra and Malins to combine brilliantly to put Morahan over.

On the half-hour, Quins produced their first attack and looked to have scored when Lynagh dived over in the corner after Smith and Green had created space, but replays showed the wing had put a foot in touch.

However, a minute before the interval they picked up their first score when a speculative up and under from Smith bounced favourably for Dombrandt to collect and run 35 metres to score. 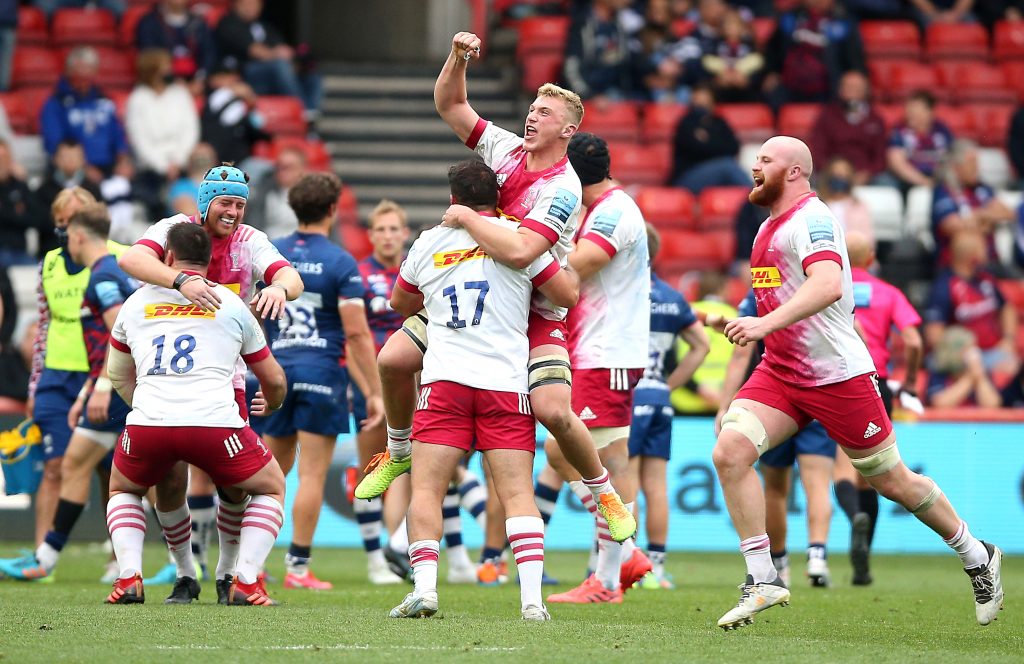 Within two minutes of the restart, Quins scored a second when enterprising play from Danny Care and Smith set up a try from Green.

Careless play from Bears then gave the visitors a third when they gave away possession in their own 22 for replacement Chisholm to pick up and score.

Bristol were shell-shocked, even more so when they conceded another try as Smith and Dombrandt carved them apart for Lynagh to finish and Quins were only four points behind going into the final quarter. 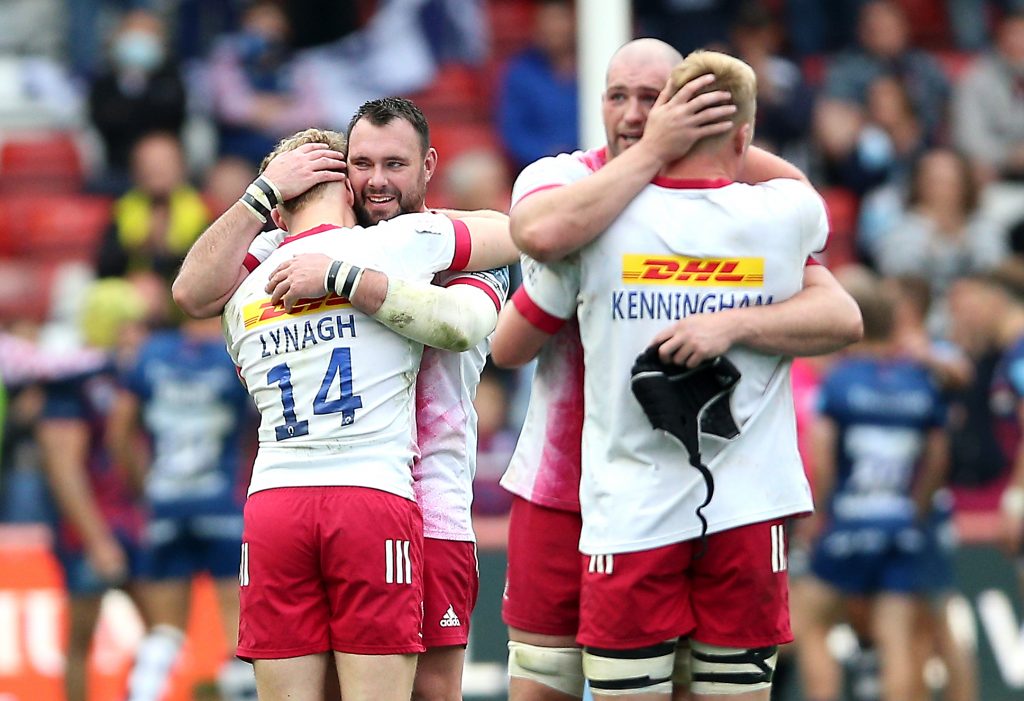 The next score was vital and it looked to have gone Bristol’s way when Harry Randall side-stepped Green to score but Radradra’s pass to Randall was shown to be forward.

Sheedy temporarily calmed the home side’s nerves with his third penalty but Bears remained under the cosh, with Dombrandt narrowly foiled before Lynagh was denied a second after TMO replays showed the scoring pass from Green was forward.

Quins were not to be denied as the strong running of Green created a try for Marchant with Smith’s conversion bringing the sides level with two minutes of normal time remaining. 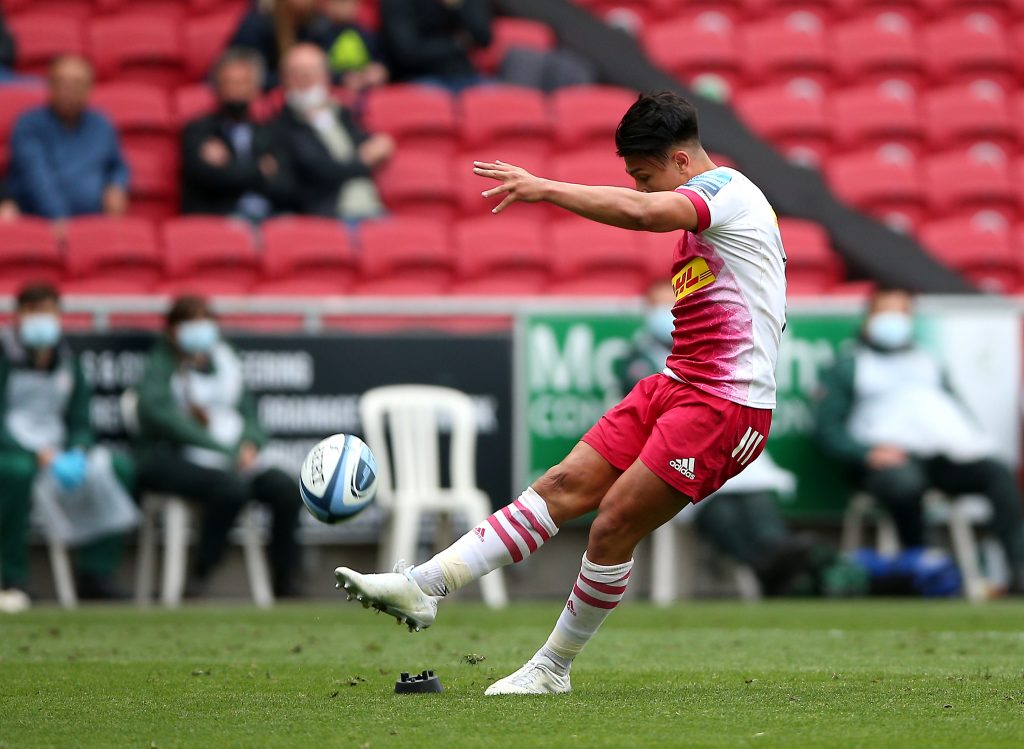 In extra time, Sheedy hit a post with a 40-metre penalty before Quins took the lead for the first time when Green side-stepped Radradra and held off a tackle from Malins to score.

Smith converted but Bristol hit back when Radradra sent Malins over for his hat-trick, before Marchant had the final say with his second try.