Harlequins just about get title defence off to winning start

Harlequins made a winning start to their Gallagher Premiership title defence as an enthralling game at Kingston Park saw them edge Newcastle Falcons 26-20.

Both sides played fast, free-flowing rugby but Quins – with Tommy Allan doing his best Marcus Smith impression to pull the strings from number 10 – were able to cross the whitewash four times to Newcastle’s three and head back to London with all five points.

In a high-octane opening, Falcons number eight Carl Fearns was denied after being held up over the line and before that, at the other end, Andre Esterhuizen went over in the corner but saw his try disallowed following a forward pass from Dino Lamb.

The visitors did open the scoring though after 11 minutes, a long pass from Danny Care was almost picked off by Tom Penny but it fell straight into the arms of Louis Lynagh who dotted down in the corner.

Their lead was extended after 20 minutes with a second try, this time for Joe Marchant, as the powerful centre took a short pass from Allan after the fly-half had spotted a gap in the defensive line.

As he had done with the first try, Allan added the extras – this time with the aid of the upright – but Newcastle hit back immediately as they won the restart down the left.

They kept possession through several phases before a pass went wide from Brett Connon which released Adam Radwan who used his pace to beat Esterhuizen into the corner.

The Falcons grabbed their second try of the game with Radwan once again at the heart of things as his pace and dazzling footwork saw him dance past four helpless defenders before releasing Iwan Stephens on his inside shoulder who raced in from 20 metres. 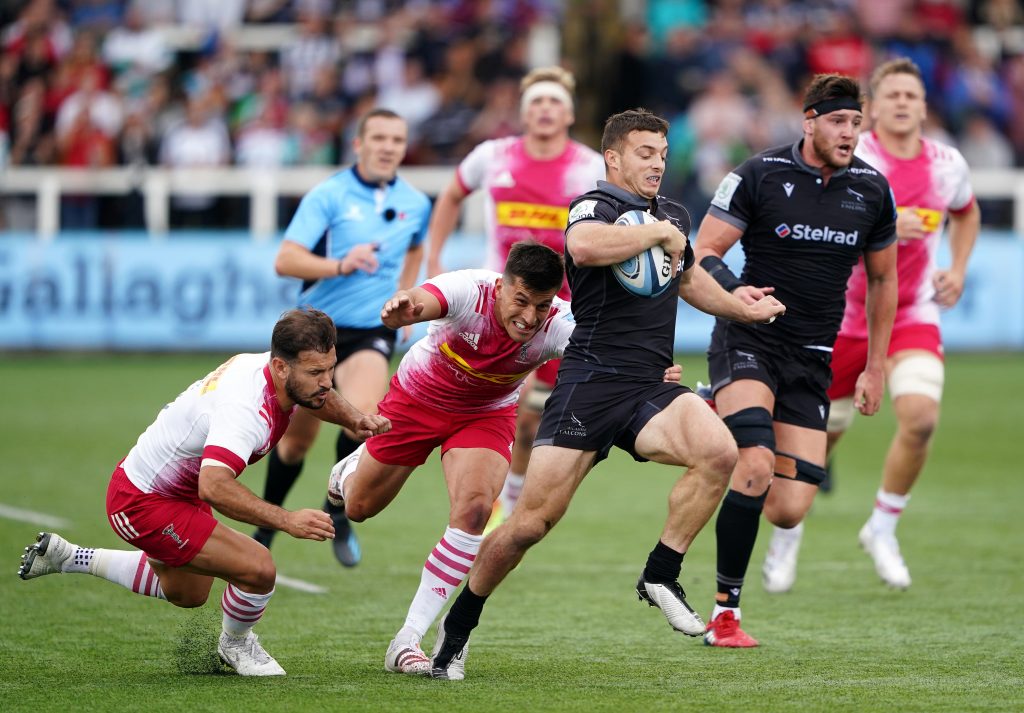 Radwan thought he had another try 90 seconds into the second half but the referee pulled play back for an earlier Quins advantage and the Londoners went further ahead in the 44th minute as Lynagh once again scored in the corner after quick hands from Allan.

Falcons would not lie down though, as Sean Robinson intercepted a pass in midfield from Care and made 20 metres before feeding Louis Schreuder who had the gas in the tank to score in the corner. 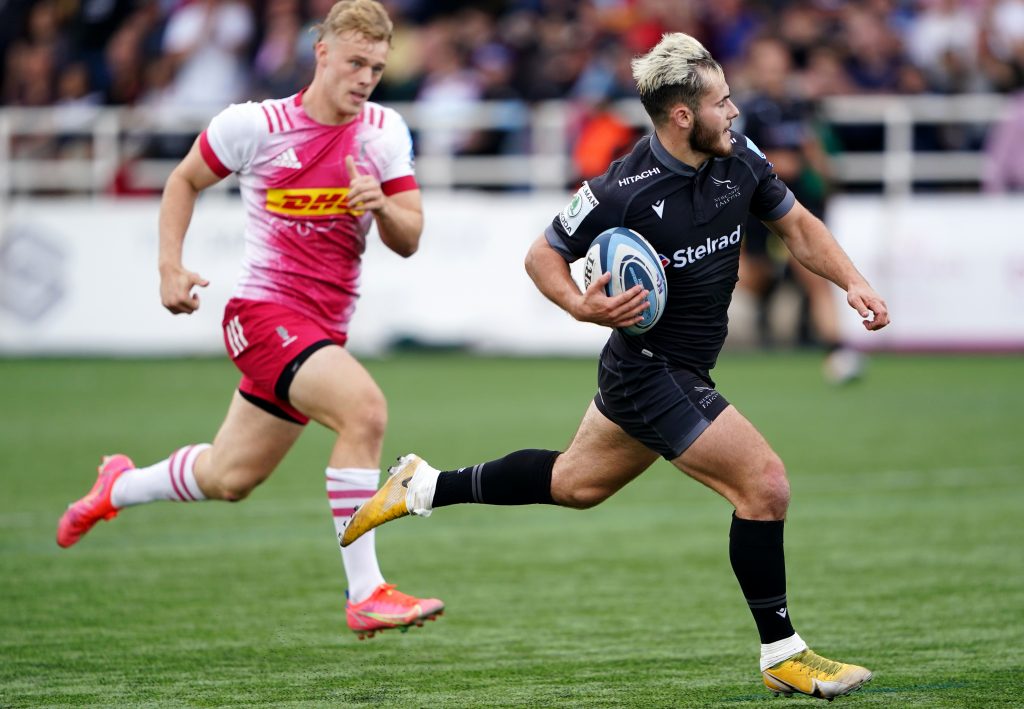 Connon’s missed conversion meant the deficit was two points and the scoring continued just before the hour mark when Care gave his side the bonus point sniping through a gap from the base of a ruck with Allan’s conversion taking the lead to nine points.

As the game see-sawed from one end to the other, debutant Stephens was dragged into touch five metres out when an inside pass would have seen Newcastle over for a fourth try, but Will Haydon-Wood did knock over a penalty with the clock in the red to give Falcons a losing bonus point at the death.