After five consecutive defeats, including two in Europe, Gloucester badly needed a victory to get their season back on track, but it took them some time to quell a very ordinary Connacht.

John Porch and Quinn Roux responded with tries for Connacht, while Jack Carty contributed five points from the tee and Conor Fitzgerald added a conversion.

Gloucester started strongly to take a fourth-minute lead, as excellent ball retention and neat passing created the space for Marshall to break through the visiting defence for the opening try.

Connacht’s response was swift, with their full-back Porch evading a couple of defenders to level the scores. 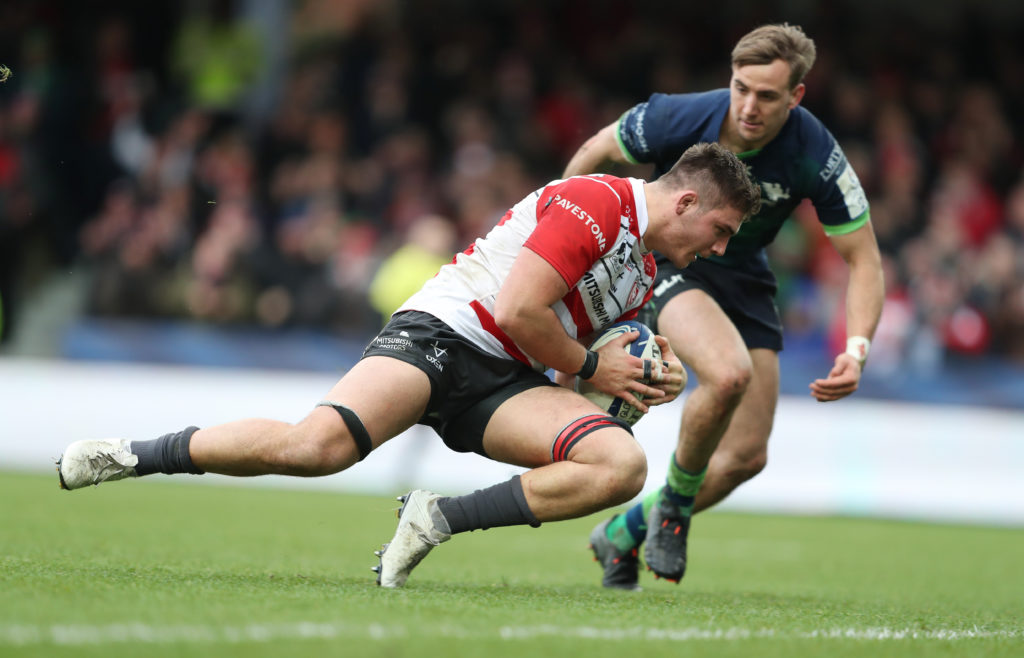 A high tackle by home prop Val Rapava Ruskin was penalised for Connacht to secure a platform in their opponents’ 22. From there, Gloucester conceded another penalty, which Carty kicked to give his side a 10-7 lead at the end of an evenly contested first quarter.

The home side continued to fall foul of French referee Pascal Gauzere, with their momentum being continually stopped by the award of frequent penalties at the breakdown for not releasing. 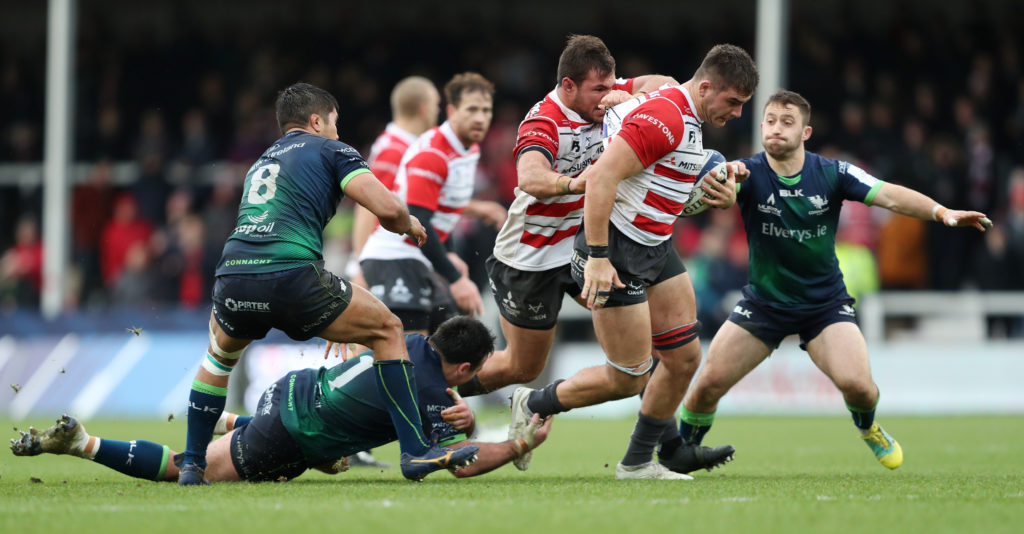 Despite this hindrance, Gloucester should have regained the lead when Mark Atkinson – who had only just returned to the field after treatment for a cut head – burst through, but the centre blew a golden opportunity by going it alone when Joe Simpson was free outside him.

The hosts maintained their poor discipline, but Carty was unable to capitalise as he failed with a long-distance attempt to leave Gloucester trailing 10-7 at half-time. 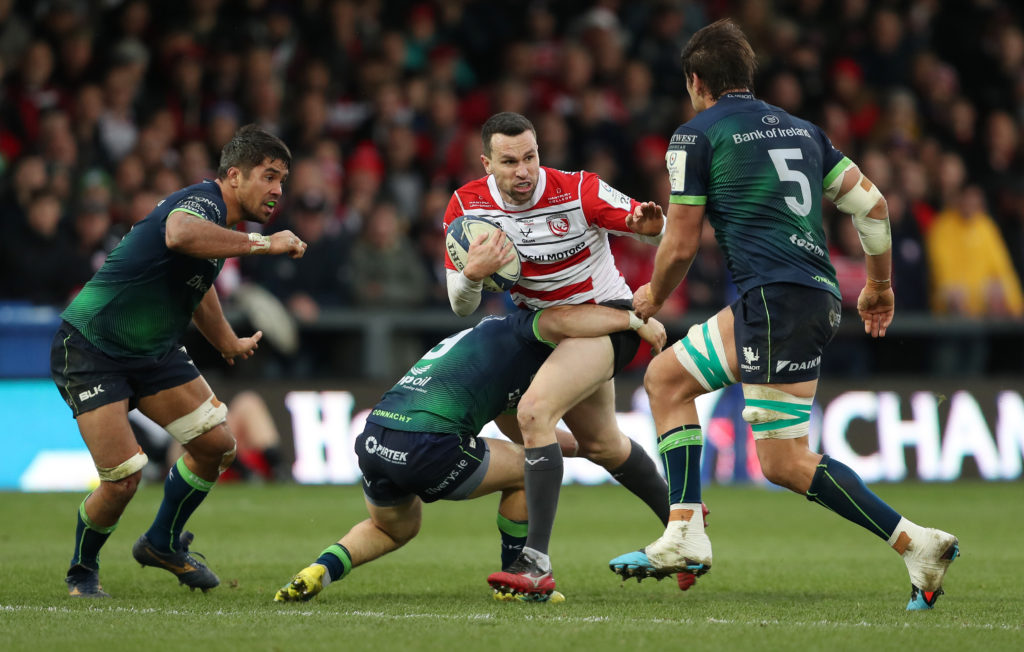 Gloucester were back in front five minutes after the restart, when Cipriani – inside his own 22 – intercepted a telegraphed pass from Carty to race away and provide Rees-Zammit with an easy run-in.

Another error from Carty, this time a badly directed punt straight into touch, surrendered possession to Gloucester, but they too continued to make elementary mistakes with neither side being able to bring any continuity to their game. 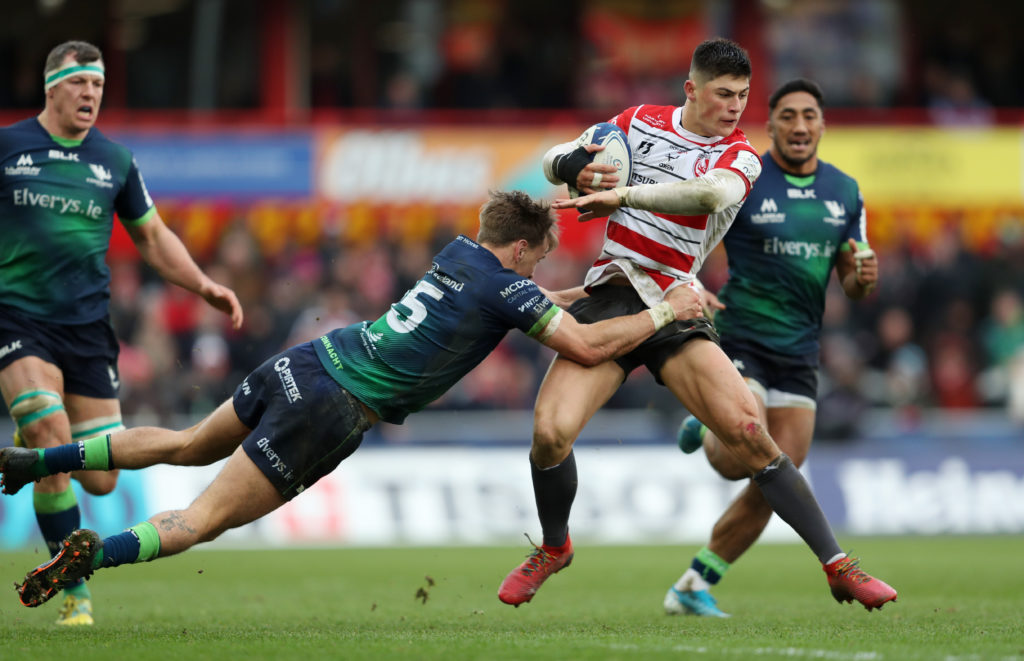 Carty was replaced by Fitzgerald before wing Kyle Godwin was yellow carded for repeated team infringements as Connacht kept their finger on the self-destruct button.

Godwin returned but Gloucester’s Billy Twelvetrees replaced him in the sin bin, which allowed the Irish province to pick up a consolation try from Roux.

The match in pictures: 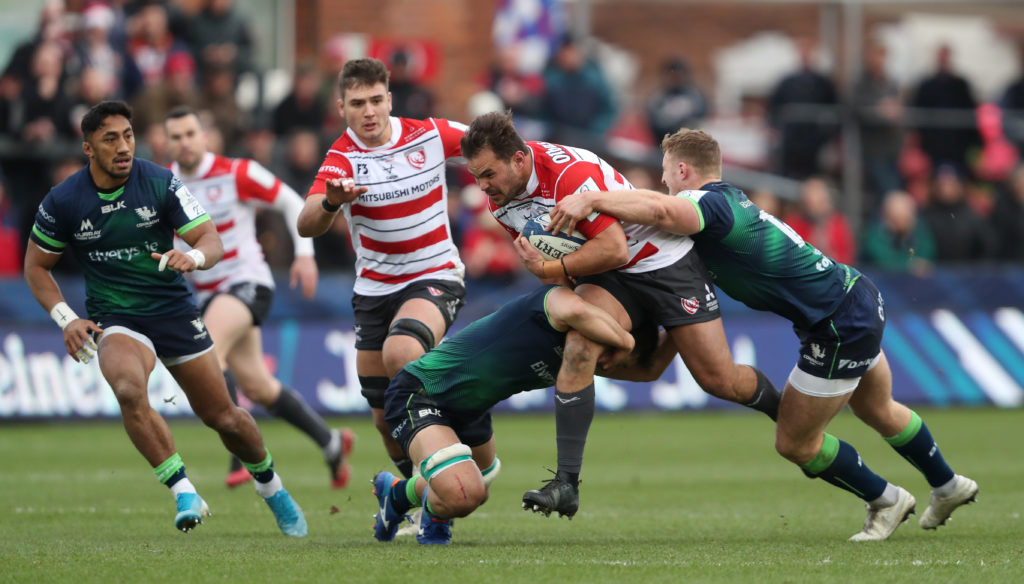 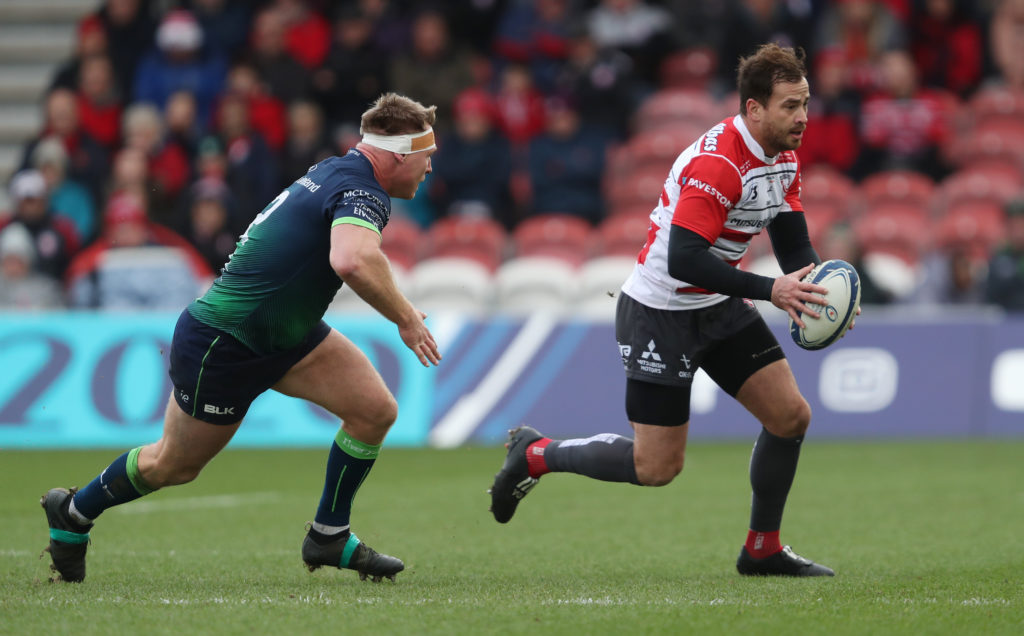 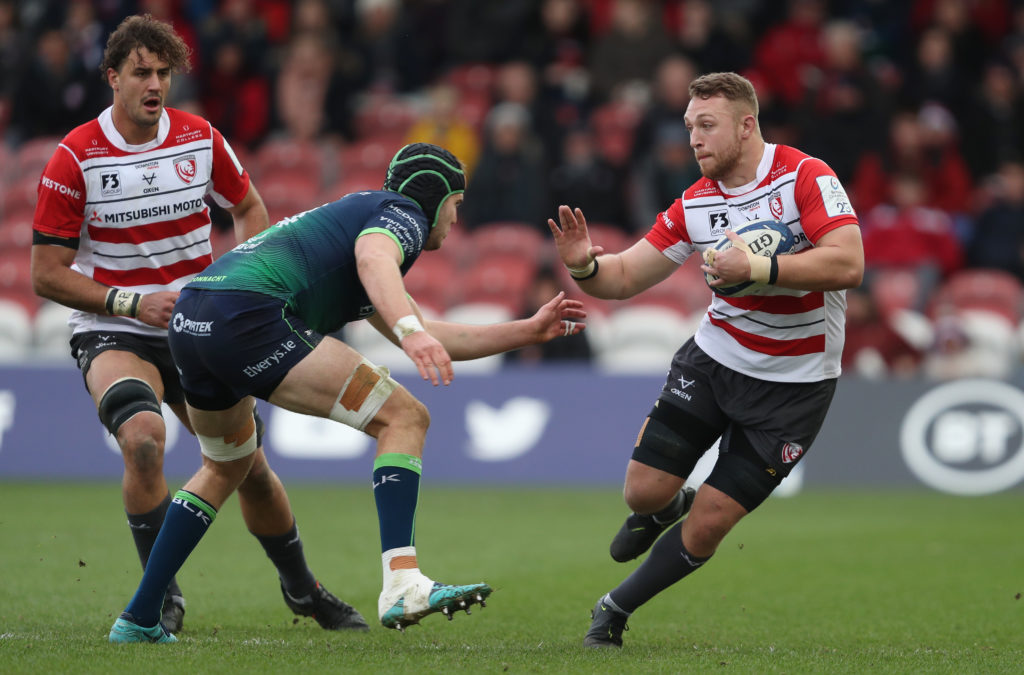 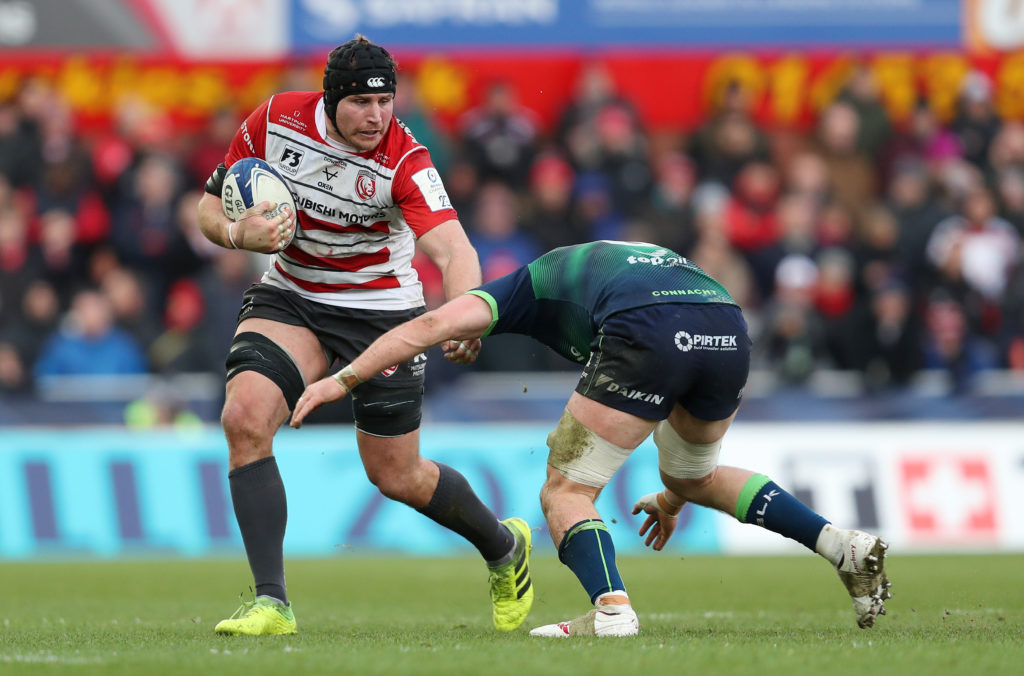 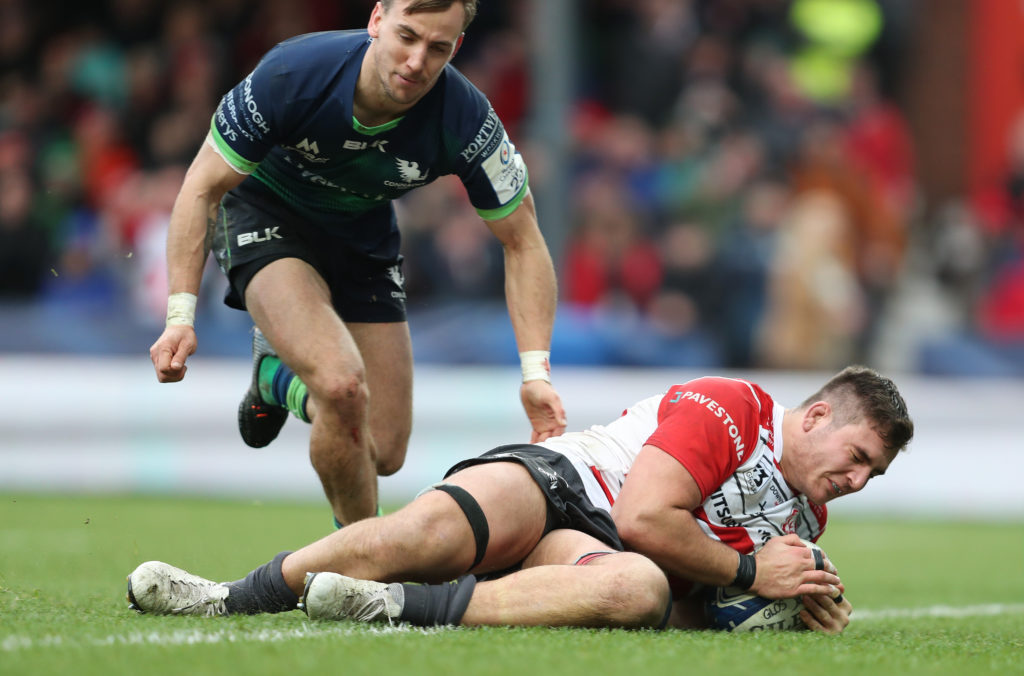 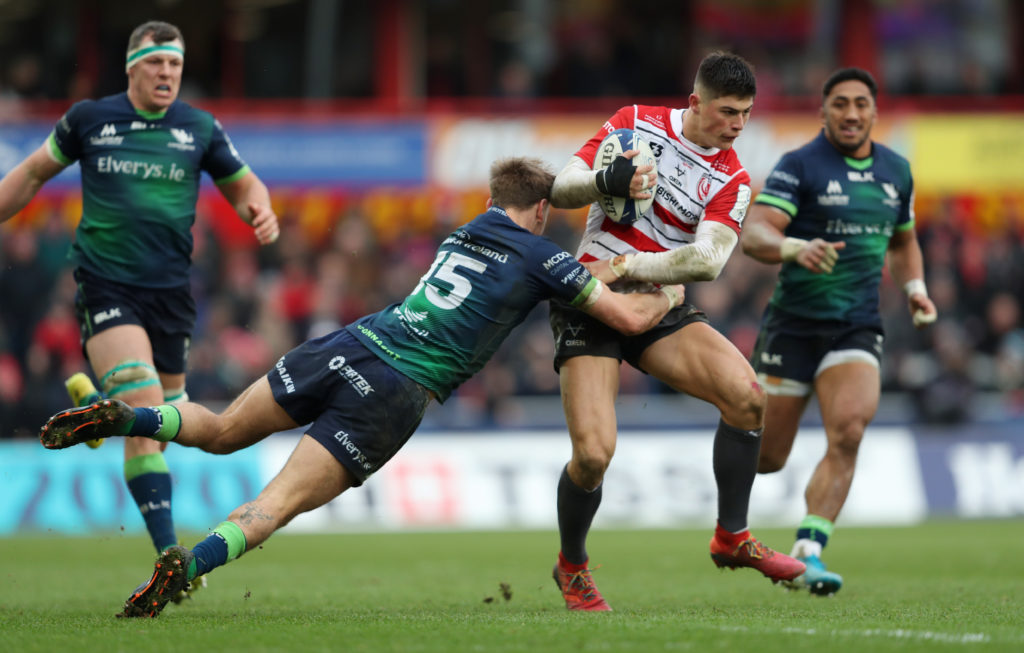 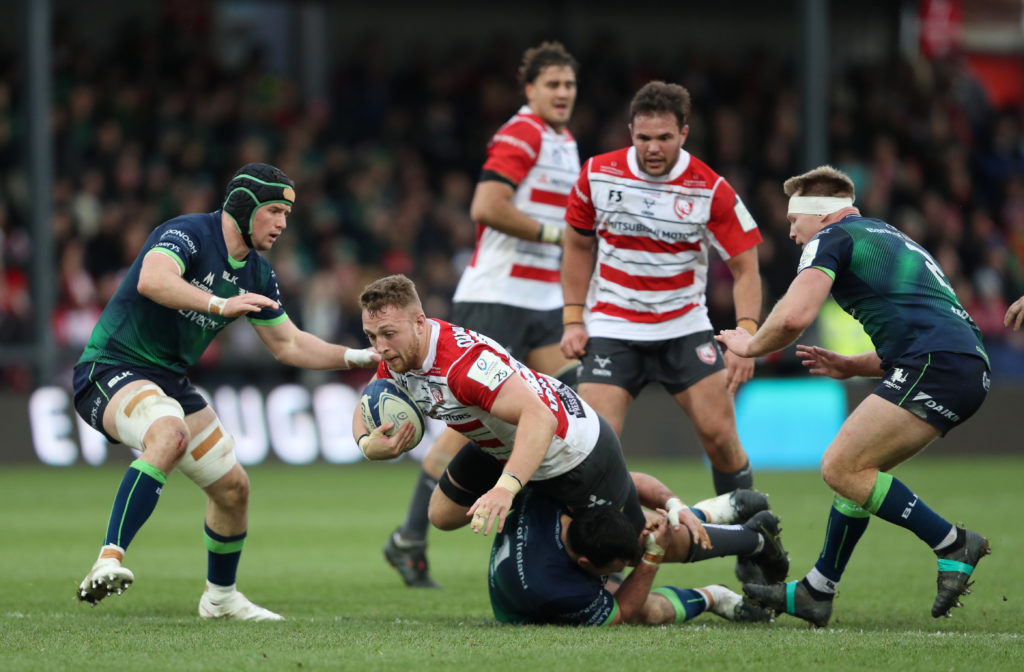 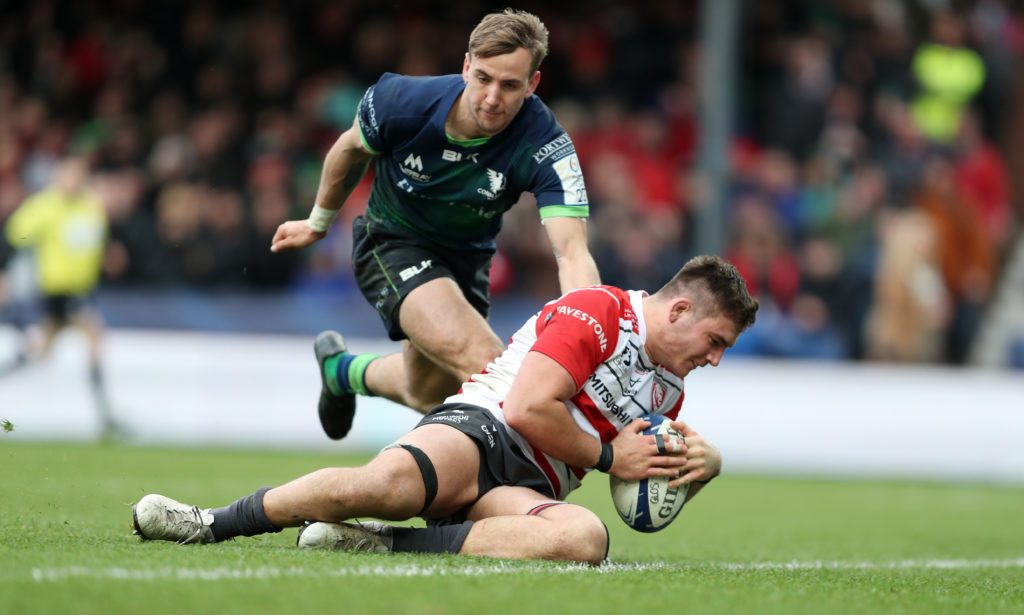 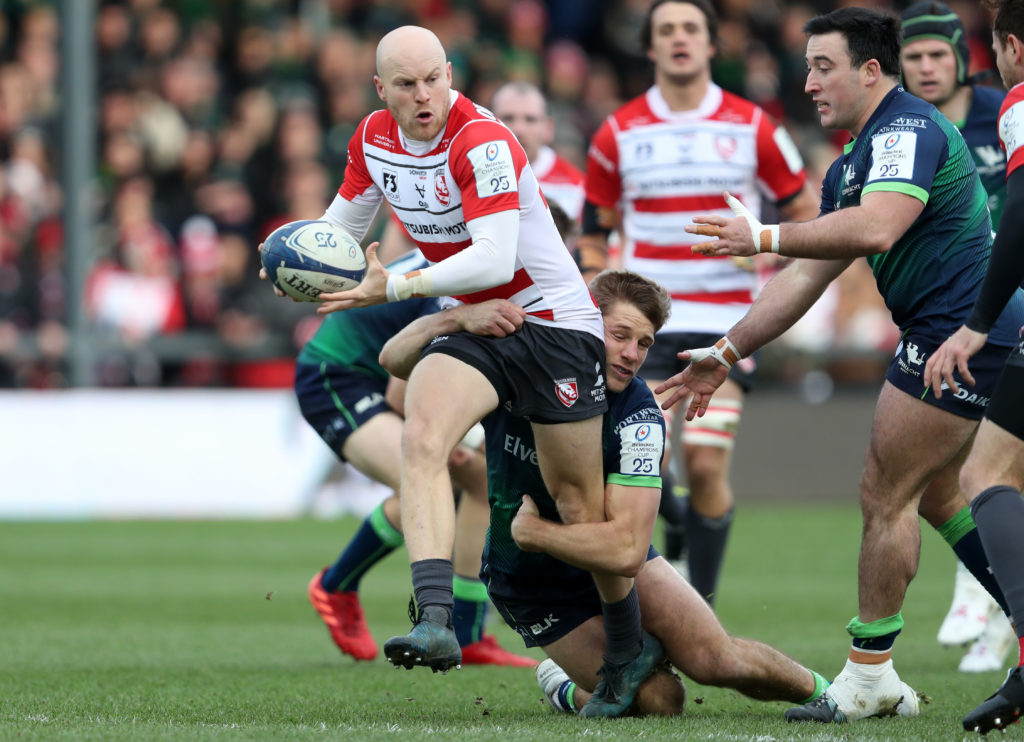 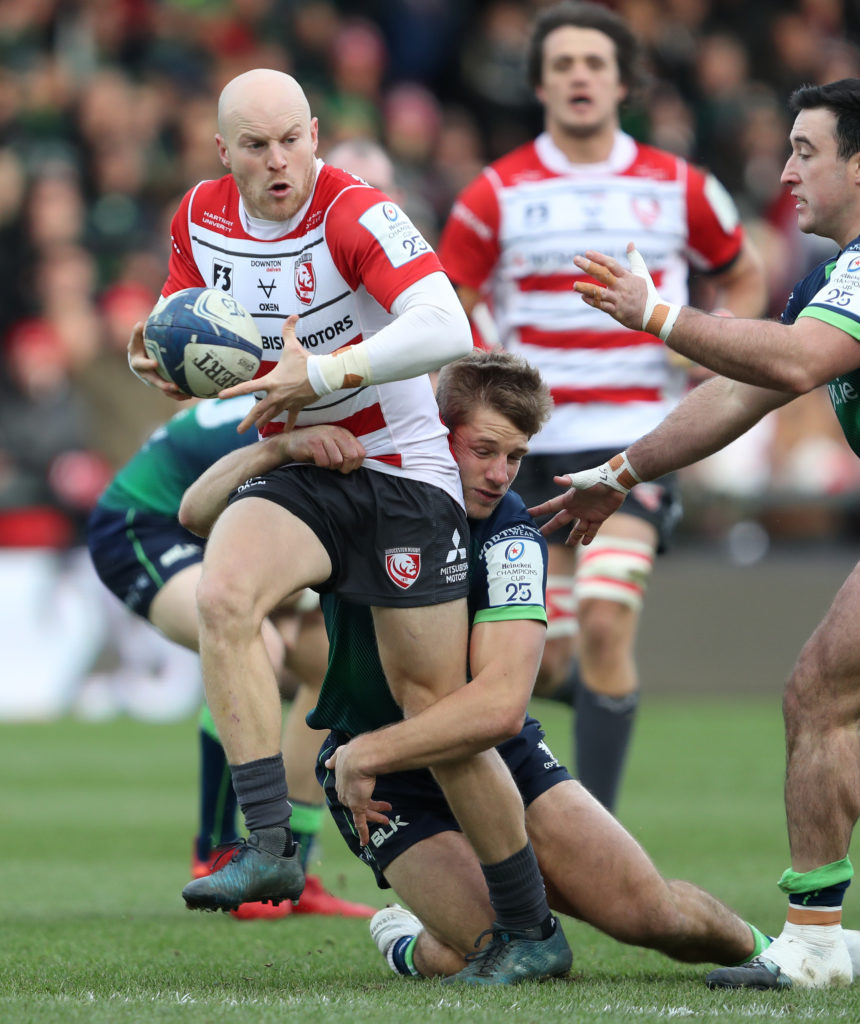 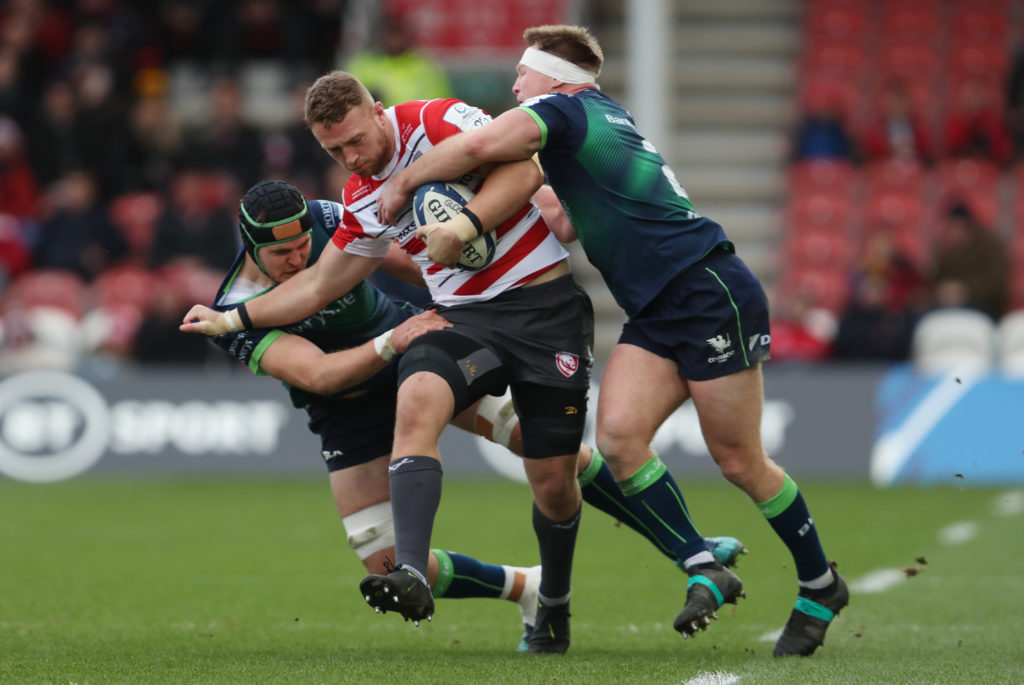 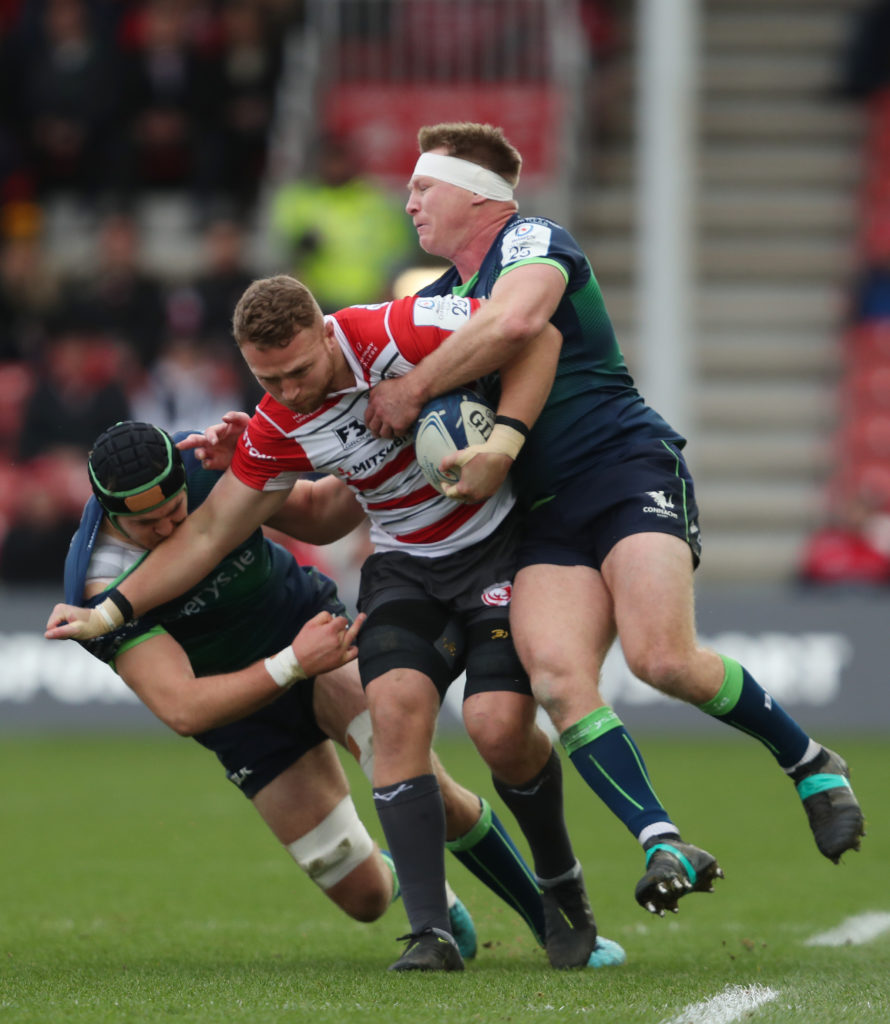 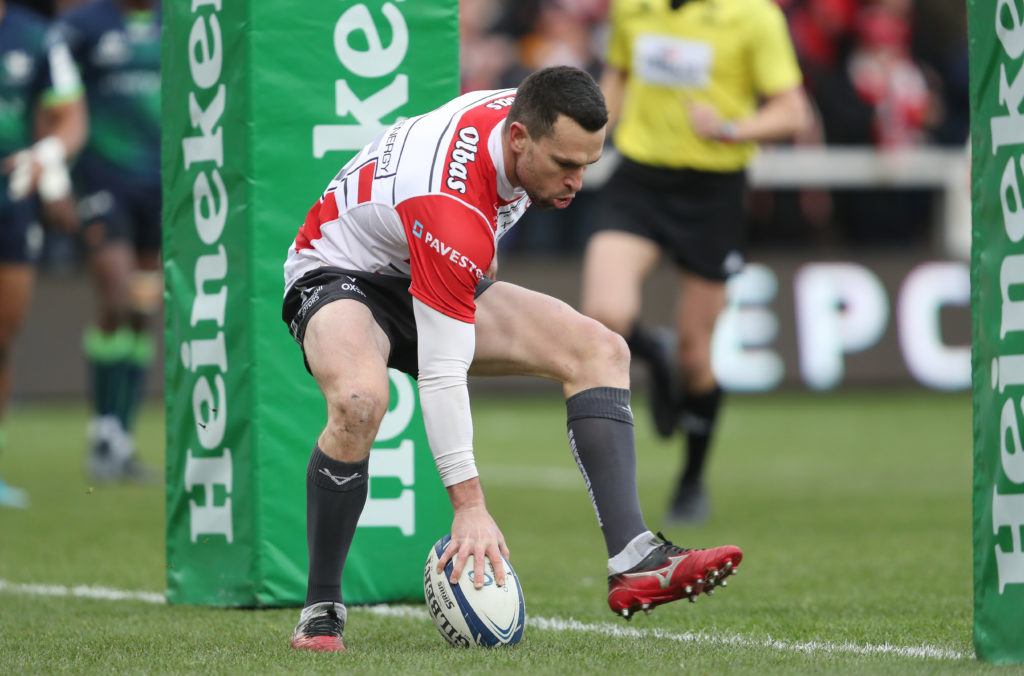 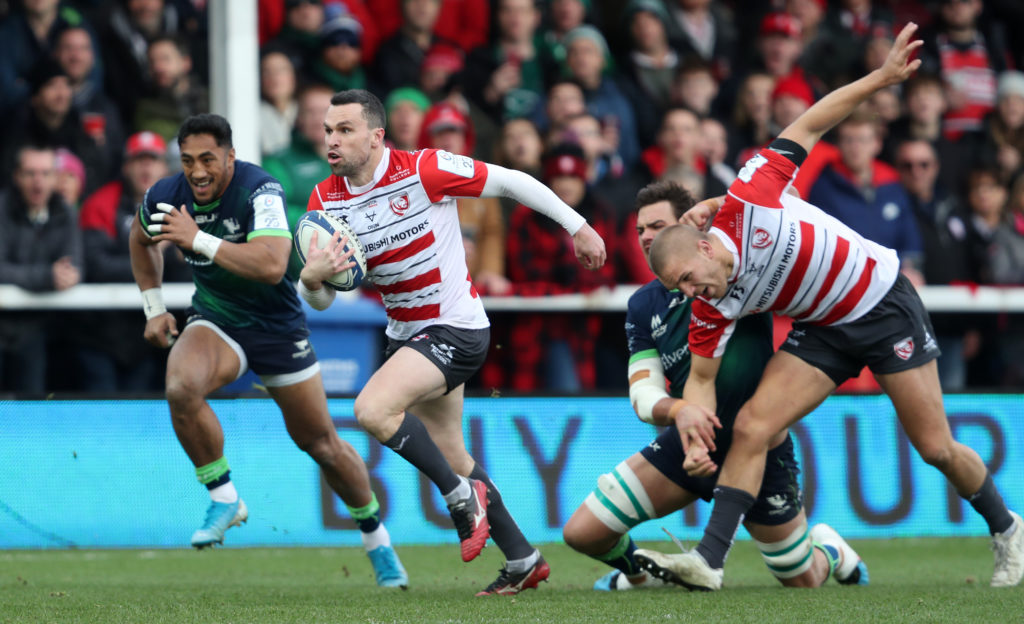