George to stay at Saracens Next
Back
Six Nations

The participation of Anthony Watson in the remainder of England’s Guinness Six Nations campaign is uncertain after he was ruled out of the round three fixture against Ireland.

Watson was due to start the opener against France but was withdrawn on the eve of the team announcement because of a calf problem he was carrying before entering Eddie Jones’ pre-tournament camp.

The Bath wing was subsequently ruled out of last Saturday’s Calcutta Cup victory over Scotland and Jones has now revealed he will miss at least one more game.

“Anthony Watson is still a couple of weeks away,” said Jones at England’s training base in Kensington.

England will look to Wales’ visit to Twickenham on March 7 for Watson to make his comeback, but his ongoing absence is a concern.

The explosive 25-year-old Lion has been plagued by injury over the last two years following successive Achilles problems and a knee issue.

His last appearance for club or country was a 25-19 defeat by Harlequins on January 10.

Jones has delivered more positive news on centres Manu Tuilagi and Henry Slade with both players potentially being cleared fit to face Ireland at Twickenham on Sunday week.

Rohan Janse van Rensburg talks genes, @SaleSharksRugby and wanting to be rep the @Springboks once again

Tuilagi suffered a groin strain against France but his return to full training is imminent while Slade is close to recovering from the ankle injury he sustained in late December.

“Manu is looking very good. Very promising. He should be in full training by the start of next week,” Jones said. 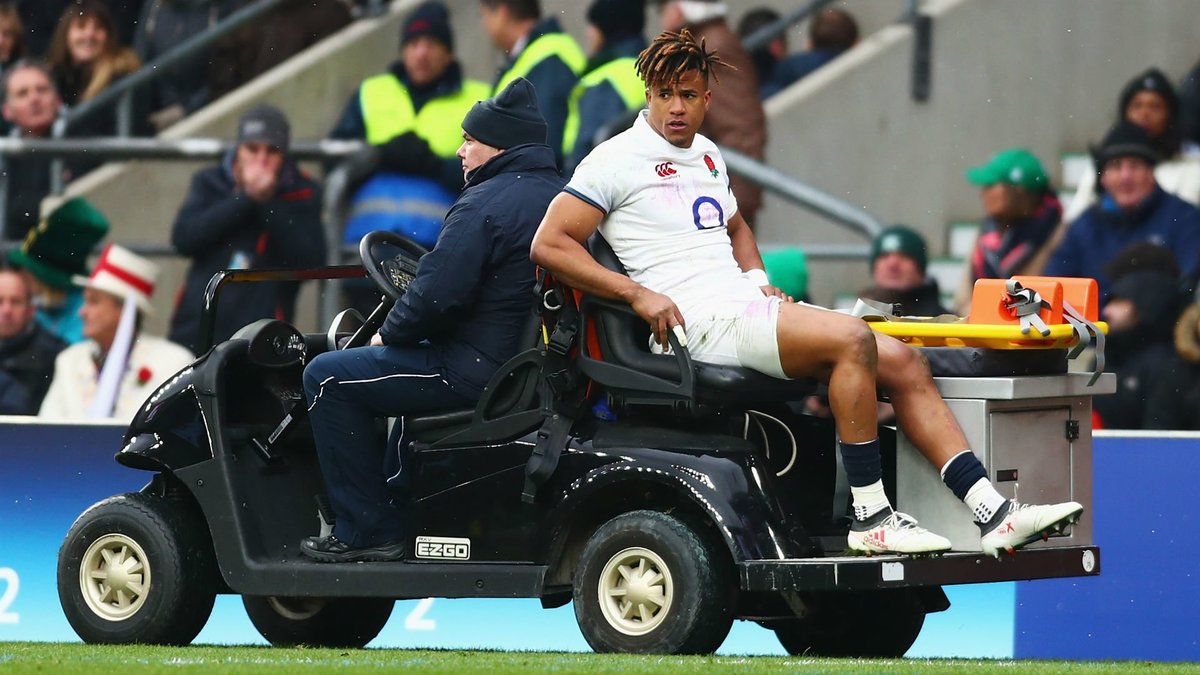 “Henry Slade ran today and we’ve yet to get a medical report. It’s definitely promising but too early to say whether he will be all right for Ireland or not.”

Alongside France, Ireland are one of only two unbeaten teams left in the Six Nations and England must topple Andy Farrell’s men to keep their own title quest alive.

“Ireland are a good team, well coached, and we respect them a lot. We’re looking forward to playing in front of our fans,” Jones said.