Everything you need to know about the legendary Wales Rugby and British & Irish Lions coach from New Zealand.

Warren Gatland is a former New Zealand rugby union player and current coach, with a long and respected history in the game. He’s perhaps best known in recent years for his lengthy stint as the coach of the Wales national team, in which time he helped the side achieve a number of top honours.

Born in Hamilton, New Zealand in 1963, Warren Gatland was a one-club man during his playing career with Waikato – the official governing body of the sport in the area of the same name on New Zealand’s North Island.

He played as a hooker and in total appeared 140 times for the side before retiring at the end of the 1994 season. This was at the time a record for the province and made him one of its longest-serving players. Also, although he never won a full international cap for the All Blacks, he did play 17 non-international games for New Zealand between 1988 and 1991.

Gatland’s coaching career technically started while he was still a player, where alongside his time with Waikato, he took on a player/coach role for Galwegians RFC between 1989 and 1994. During this time, he led the Irish side to promotion into what was the All-Ireland League’s second division.

Over the next four years following his retirement from playing, Warren Gatland honed his abilities as a coach with another North Island team, Thames Valley, taking them to promotion from the third to the second division in the National Provincial Championships. He then returned to Ireland as director of rugby at Connacht before being appointed coach of the Ireland national side in 1998.

Before he became coach of Wales in 2007, he had spells as a coach with London Wasps and Waikato. His time with the Wasps was largely successful with three English Premiership titles, a Heineken Cup win and victory in the European Challenge Cup. However, this success was unmatched by what he would go on to achieve with Wales.

In his 12-year tenure, Warren Gatland became one of Welsh rugby’s most successful coaches. This included four Six Nations titles, with three Grand Slams and Triple Crowns, as well as 10 separate international trophies and two semi-final finishes in the Rugby World Cups of 2011 and 2019 respectively. He was awarded an OBE in 2014 and later a CBE in 2020 for his services to rugby in Wales off the back of this success.

On top of all this Gatland has coached the British and Irish Lions on the 2013 and 2017 tours and he currently coaches the Gallagher Chiefs in New Zealand. He has also returned to the fold to be the side’s coach for the upcoming Lions tour in 2021. 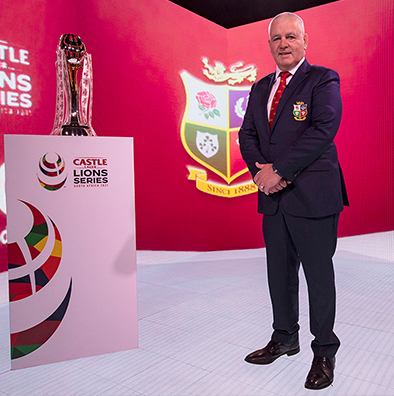