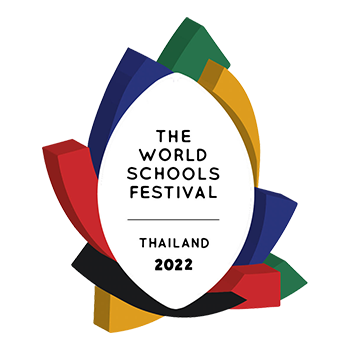 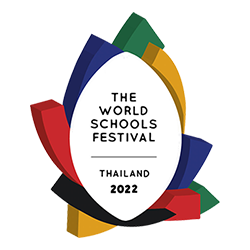 The World Schools Festival is just a week away: What you need to know

With the World Schools Festival just over a week away, we take a look at the teams taking part, their stories so far, and who to look out for in this premier rugby competition.

The famous Grey College send off their team as they prepare for the World Schools Festival in Thailand. The South African college will take on eight of the best rugby sides in the world from the 13th-17th December.
11:27

Rugby highlights as Millfield School take on Whitgift in The Schools Championship. Millfield continue their preparations for The World Schools Festival in December as Whitgift look to pick up their 6th win of the season.
0:58

Footage of the Napier Boys High School in Thailand as they took part in the haka.
45:55

Footage from Grey College as they took on Harpury College in the 2019 World Schools Festival.
85:19

Footage from Paarl Boys High School as they took on Argentina in the World Schools Festival in 2019.
3:13

Greats of the rugby world give their take on The World Schools Festival in 2018.
2:20

Catch up on all the highlights from the 2019 World Schools Festival.
12:05

Rugby highlights from The Schools Championship in England as Wellington host Millfield. Both schools are looking for a big win to lift them to the top of the 4-team competition.
10:54

Wellington announce themselves | Whitgift vs Wellington | The Schools Championship | Highlights

The Schools Championship highlights as we see round 2 begin with Whitgift vs Wellington . Both sides are looking for a big match after tough results in their first weekend of the season.
12:44

Rugby highlights from the hotly anticipated Schools Championship began this weekend in Sedbergh. Millfield and Clifton took each other on before the first game of TSC took place between Sedbergh and Whitgift. 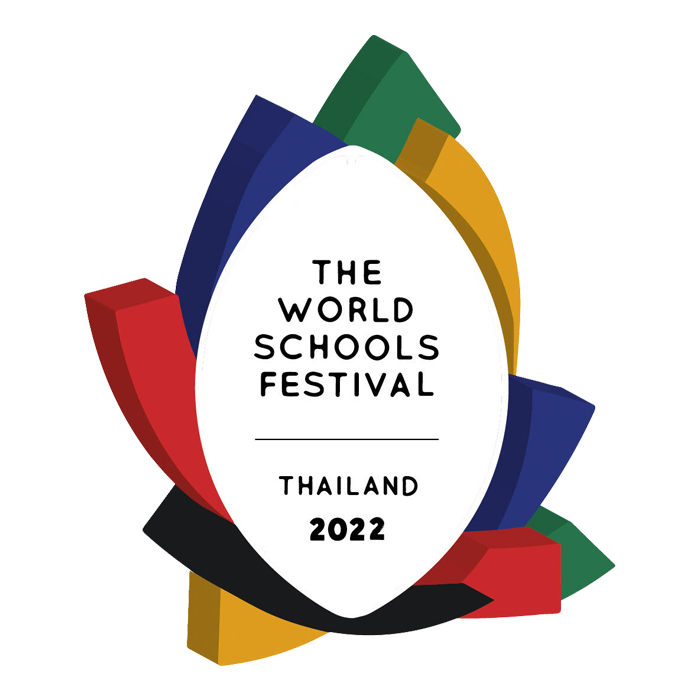 The Pattana Sports Resort will host the 2022 edition of the World Schools Festival and you can watch every single game live right here on RugbyPass.

Set on over a thousand acres of land and just a short distance from Bangkok airport the venue boasts numerous world class facilities, a wide range of activities as well as numerous dining options for both teams and guests alike.

A brand new format has been created that deviates from past versions of the festival. 2022 allowed us to re-look at the festival structure and to allow it to be a more inclusive festival not just catering to the best rugby schools.

A Cup tournament which will be invitation only as well as an open tournament are proposed for this years edition. Stay on site and experience the best of Asian hospitality as well as the festival like environment that the World Schools Festival will offer. Packages are available that will suit every budget in a safe and secure environment with world class facilities available.

Many would call Sedbergh the best rugby school in England, with internationals Will Greenwood, Will Carling and Tomas Francis attending the school. The boys in brown have been one of the most dominant sides on the English schoolboy rugby circuit for decades and in 2018, they went unbeaten beating top sides such as Wellington.

Their recent one point victory over elite Irish outfit Blackrock College further demonstrated how much respect the Cumbrian side should command when it comes to the festival in December.

Simon Mulholland, Director of Rugby at Sedbergh said: “This is a fantastic new event for schools to showcase the very best of school rugby. We are incredibly proud and excited to be part of such a great line-up of schools from around the world. It’s going to be a truly unique week for everyone. The tournament is ground-breaking, and as a rugby experience it will give our players lifelong memories of representing the school.”

First XV champions Hamilton are without a doubt one of the best age-grade rugby sides in the world. The Waikato school, which saw Warren Gatland and Sean Maitland pass through its storied school, have brought many All Black rugby players through their ranks, and they also boast some up and coming stars that everyone should keep their eye on, like Payton Spencer, son of the legendary Carlos.

The school was the subject of the highly successful fifth series of “The Season”, a documentary which intimately followed the team in 2019 as they hoped to win the Super 8 title.

Hamilton will be highly fancied by many to win the cup competition given their recent success domestically.

Grey has for decades been portrayed as a behemoth within global schoolboy rugby, producing 46 Springboks, including World Cup winners Francois Steyn and Bismarck du Plessis. Playing in their iconic grey jersey with a hint of orange, the school has earned a name for itself for their ruthless style of play.

Over the past decade, they have enjoyed four unbeaten seasons, further conveying just how dominant this rugby side is.

The Dublin-based college have long been admired for the quality of rugby player that the school has produced, and Ireland’s brilliant school’s system has been credited with leading Ireland to the No 1 ranking in the world.

Modern Irish rugby internationals such as Dan Leavy, James Ryan, Ross Byrne and Ronan Kelleher are just some of the players that have come through the ranks at the college.

Leinster School’s Cup titles in 2012 and 2019 further illustrate the pedigree of this rugby production line.

The men in red, green and blue have time and time again proved themselves as trend-setters in England, with notable alumni including Chris Robshaw and world great, Gareth Edwards. They enjoyed an unbeaten season in the 2020/2021 season and there will be fevered speculation about how well they will perform in the competition in Thailand.

Director of Rugby John Mallett had this to say about the school taking part in the competition.

“Rugby is not only about competing hard on the field, but also making friendships for life off the field. We are very excited to be playing in a new competition and format alongside some of the very best rugby playing schools in the world. It is truly a unique and ground-breaking tournament, and will definitely showcase school’s rugby.”

The final three sides that taking part in the festival will be announced in the coming weeks.

Trinity from Croydon – one of the top in-form rugby teams in England – have been named as the latest addition to the World Schools Festival in Thailand this December. The London school have risen up the ranks in impressive fashion over the past few years in schools rugby and having enjoyed success as RFU National Cup champions in 2021/2022, they have continued that form this season and beaten many of the top schools that have been put in their way.

The squad from South Wales will fly to Thailand off the back of being winners of the Welsh Schools and Colleges Cup in December 2021. Despite only setting their rugby programme up in 2016 as a partnership and development programme with Cardiff Rugby, CAVC have vast experience in the world of the highly-competitive Welsh schoolboy scene. A notable 28 alumni have put on the Three Feathers to represent the Welsh U18s or the Welsh Senior 7s and over 100 have represented Cardiff Rugby in on an academy or professional level, including Welsh cap Ben Thomas.

The Odyssey XV is an invitational team that is open to all Under 18 rugby players regardless of nationality or playing level who wish to enjoy a festival like experience and forge strong bonds with like minded young athletes.

“The squad will bring together players from across the world, and with our top class coaching team, we know the players will have a once in a lifetime experience. It is going to be a fantastic week.”

RugbyPass will be the official media partner of the World Schools Festival which takes place in Thailand this year from the 11th to the 18th December.

Two of the top school rugby teams in the world are set to take part in the highly anticipated World Schools Festival. Eight of the top schools will be in Thailand in December for the festival.

The top eight rugby schools in the world will face each other in December, but which schools?

The World School's Festival returns in 2022, with excitement that the best rugby schools in the world will be taking each other on. Could this signal a seismic shift in the world's view of school rugby. 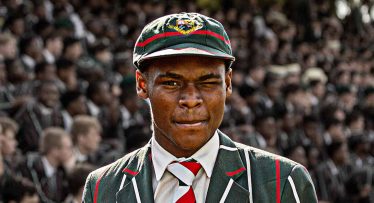 The top eight rugby schools in the world will face each other in December, but which schools? 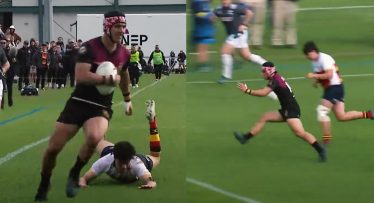 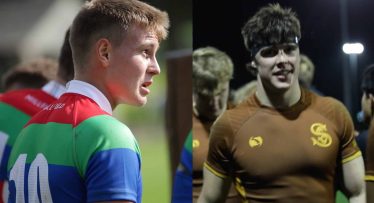 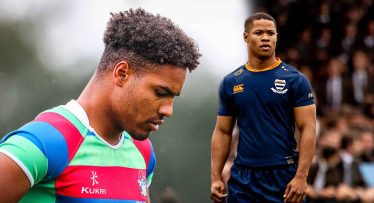 Watch: This ultimate Damian McKenzie schoolboy highlight reel shows that he ticked every box as a 10 prospect

Watch: Rieko Ioane's schoolboy highlights show he was destined to be a 13 for the Blues 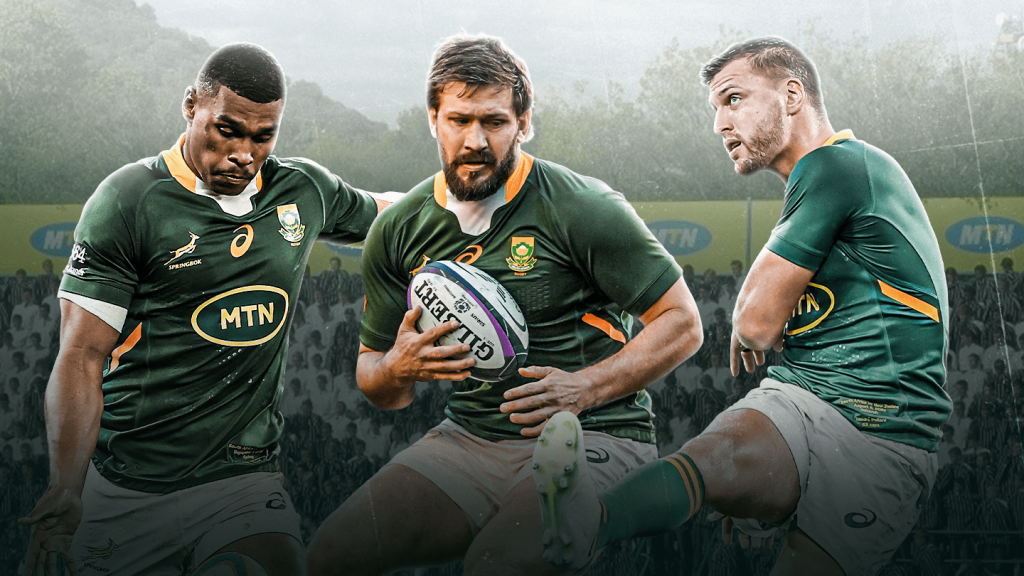 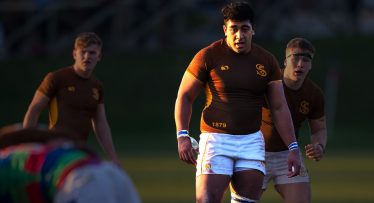 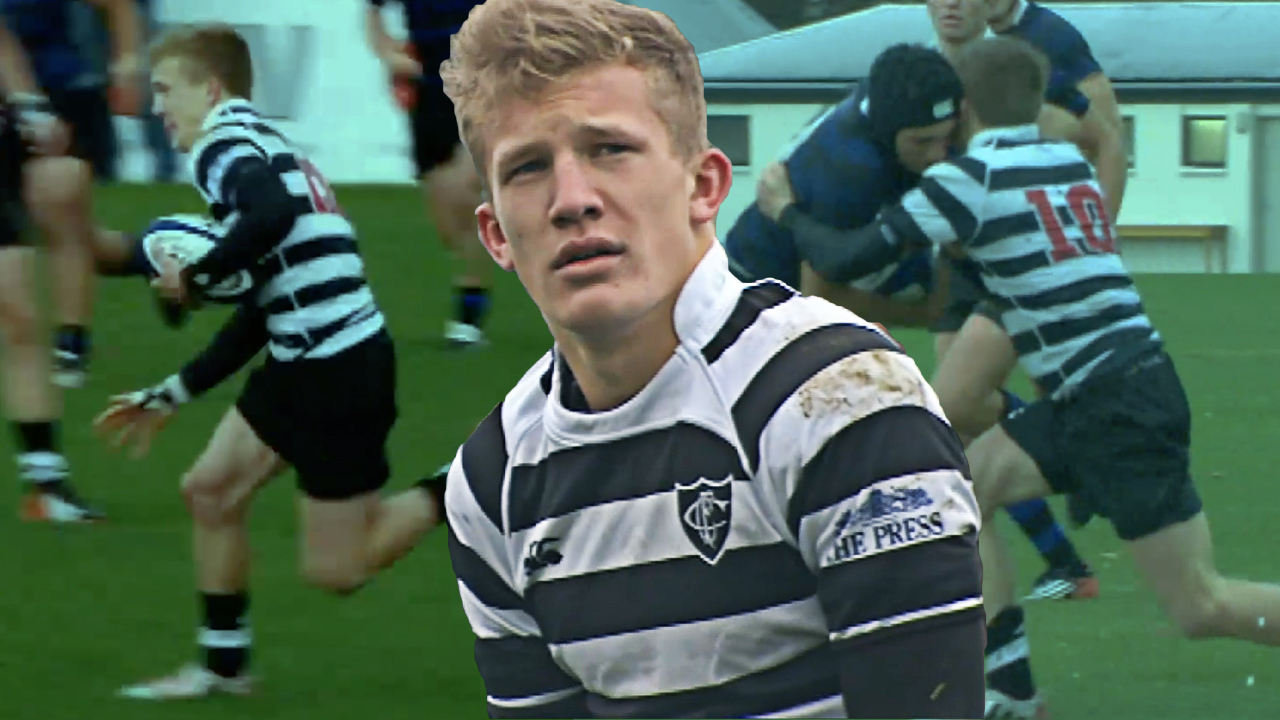 Watch: This ultimate Damian McKenzie schoolboy highlight reel shows that he ticked every box as a 10 prospect 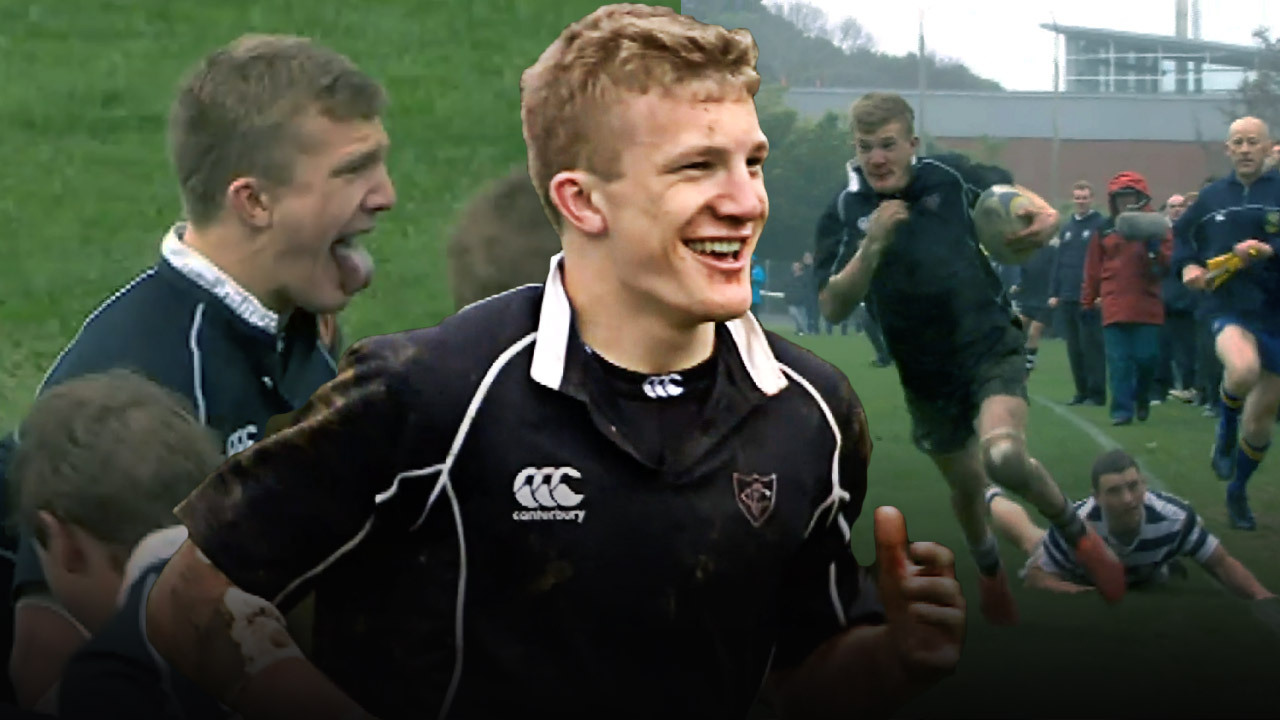 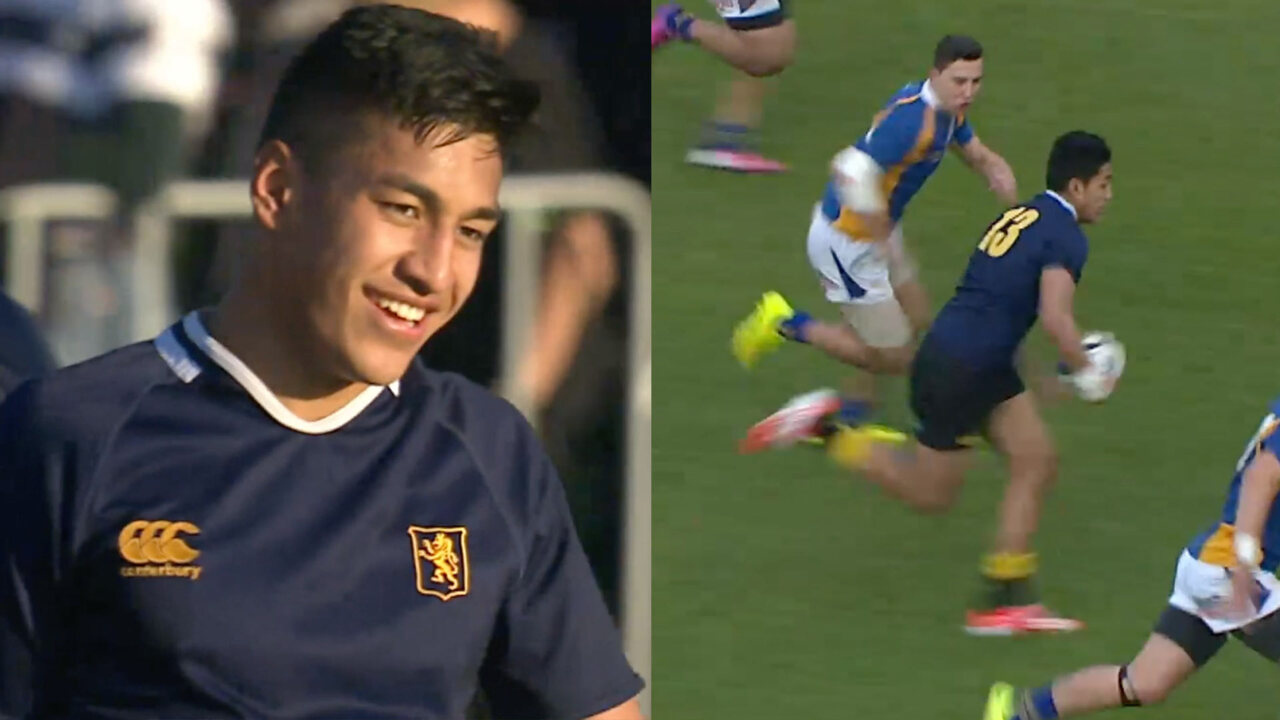 Watch: Rieko Ioane's schoolboy highlights show he was destined to be a 13 for the Blues 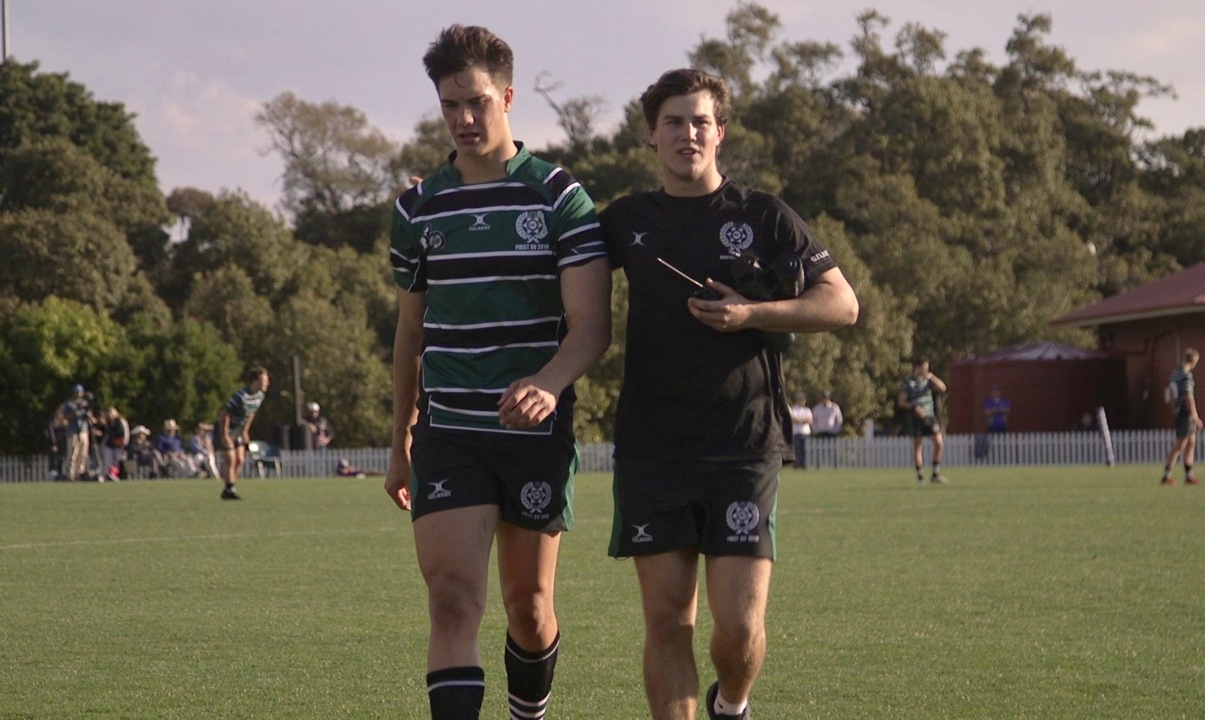 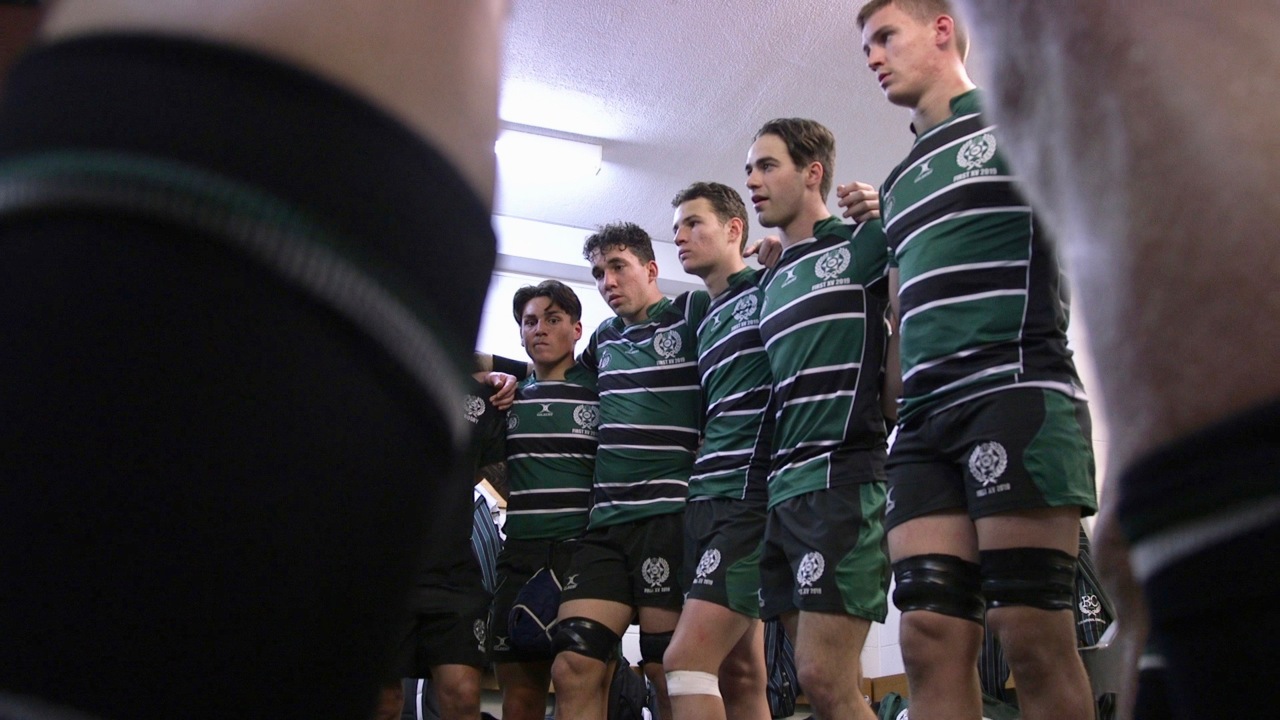