Darren Cave still has plenty of rugby left in him, but the lie of the land in Ireland has changed in recent times and it has forced the midfielder to bow out early. 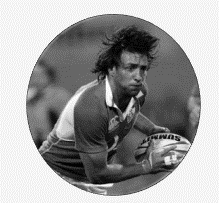 'Over the last 13 years the lows have been low, but the highs have been higher' - Darren Cave calls it quits

Darren Cave more than played his part in last Saturday's European classic versus Leinster, but the long-serving Ulster midfielder has announced he will now retire from playing at the end of this season.

Video: Ireland's Darren Cave 'envious' of other home nations when it comes to anthems