Would Jonah Lomu have made it in the NFL?

Would Jonah Lomu have made it in the NFL?

Jonah Lomu is widely considered by many rugby fans to have been the greatest rugby player to have ever played the sport. Would the All Black legend have had what was needed to make it in the NFL?

During Lomu’s illustrious career in rugby, it was regularly reported that he entertained several offers from America to play in the National Football League nicknamed the NFL.

In 2003, when Lomu was at the peak of his powers, rumours circulated that the late New Zealand winger turned down a $10 million dollar offer from NFL club the Denver Broncos.

This begs the question, would Jonah Lomu have made it in the NFL if he did join?

Would he have made it physically?

Lomu is one of the lucky players who could have potentially excelled in many different positions in the sport.

When he was just 20, the former Blues and Hurricanes winger stood at 6ft 5 inches, whilst weighing just under 19 stone. This is the kind of physical dimensions that you would expect to see in Defensive Back or Linebacker.

The one thing that drew Lomu apart from his counterparts, however, was his speed.

In High School, Lomu ran the 100m in 10.8 seconds. That kind of speed would have been competitive with some of the best track sprinters in the world.

This supports the argument that he could have even been a running back, with the ability for him to use his size and power to completely redefine that position in the sport. 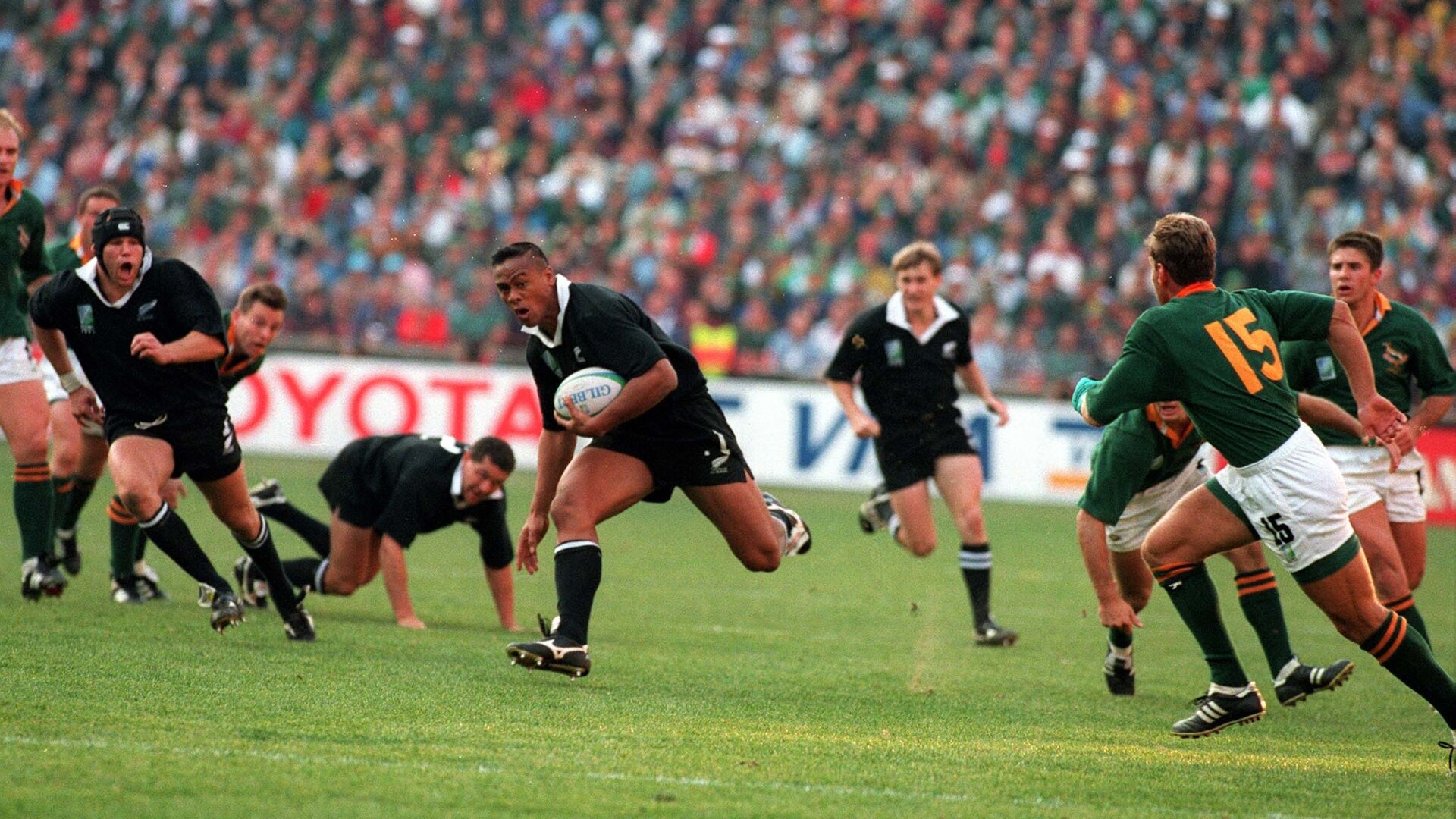 Could Lomu have been one of the great Football Running Backs?

In NFL, running backs are considered to be some of the fastest and most elusive players on the pitch. Lomu, physically, would have been ideally suited to that position, with his power and size giving him to the ability to break through the initial tackle attempts from his opposition.

An article from the Bleacher Report in 2009 noted how Lomu’s handling skills would have made him a perfect fit in this position.

‘His hands would have been excellent—on the basis that he was a professional in a sport in which the entire purpose of the game is catching the ball, and holding on to it.’.

Former England captain Will Carling spoke incredibly highly of Lomu back in 1999 when the topic of Lomu came up.

“He is the most amazing athlete I’ve ever come across. He really is, I mean when people say, ‘Oh well he’s big’ not only is he big, but he is incredibly fast. He gets into his stride very quickly and he is balanced as well. When you put all those together, it’s fairly awesome.”

The All Black giant had a predicted 40-yard dash of 4.5 seconds.

Lomu is known around the rugby world for changing what it means to be a winger in the sport. Pre-1995, being a winger meant speed, agility and evasiveness. After the World Cup that year, the public realised that wingers could now be big carriers as well.

Could the All Black star have changed the nature of running backs too with his size?