Hogg is leaving Glasgow Warriors Next
Back
Internationals

The shambolic backstory to Ireland's heaviest ever Test defeat

How times change. Next Saturday a sell-out 51,000 crowd will assemble at Aviva Stadium confident Ireland can put one over the visiting New Zealand. Six years ago, though, no one of green persuasion ever wanted to catch sight of an All Black jersey again.

Hammerings and humiliations by Kiwi hands weren’t uncommon before that horrendously painful June 2012 Saturday in Hamilton.

A 6-59 thumping in Wellington 20 years earlier had ranked as Ireland’s worst ever Test defeat, closely followed by the 15-63 carnage of a November 1997 reverse in Dublin.

But even those drubbings couldn’t compare to the abomination of the 0-60 embarrassment where an obliterated Ireland left the field lucky to have gotten nil.

This was the professional age and the Irish were supposed to have consigned no-show annihilations to the past. Instead, Hamilton was GUBU – grotesque, unbelievable, bizarre and unprecedented. 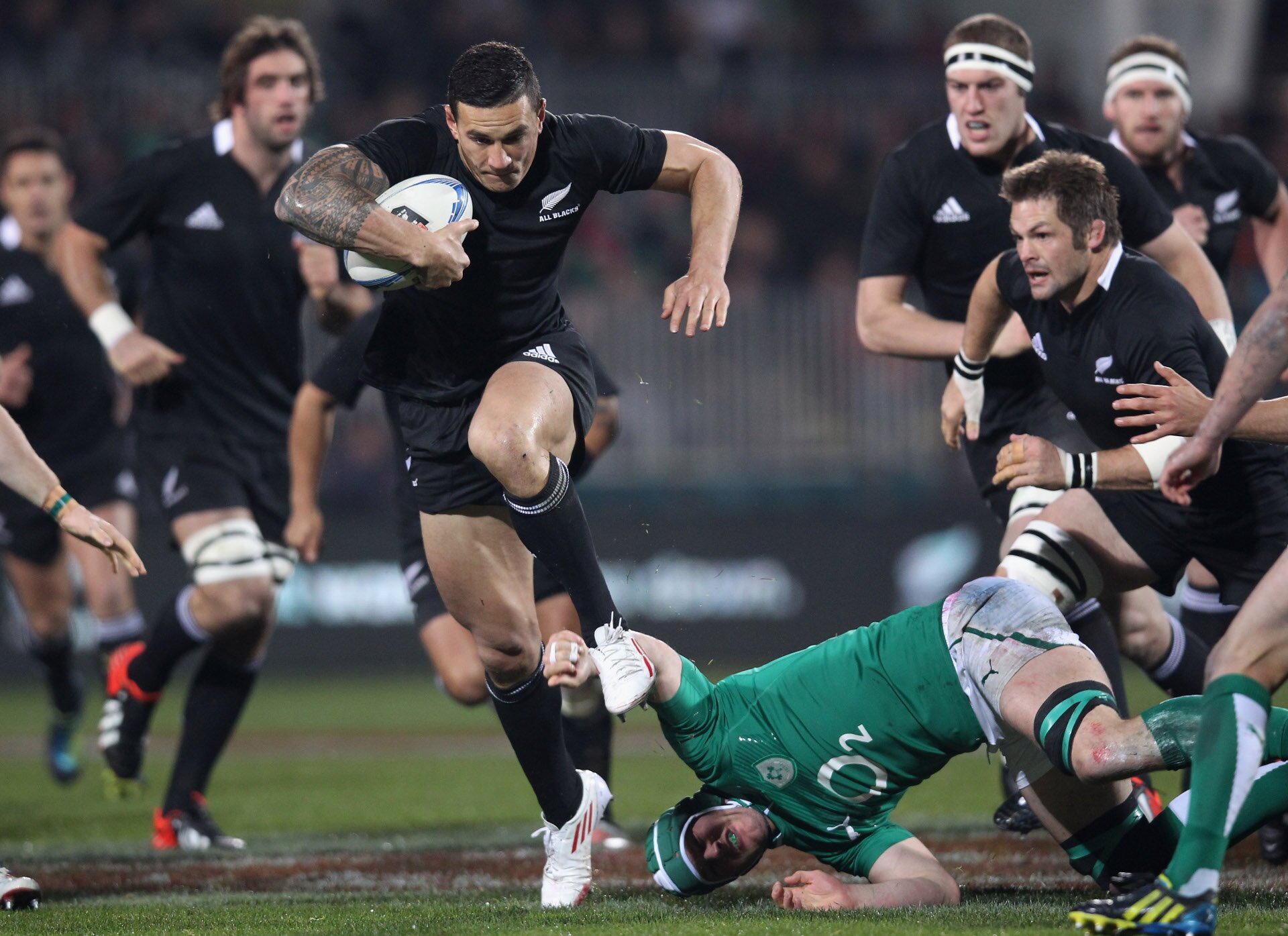 The nightmare even contained a mind-boggling footnote two days later as Ireland incredibly moved up a place to seventh in that week’s World Rugby rankings because Argentina were beaten at home by France. Crazy.

What rankled most about Irish dire haplessness was how the previous weekend they had come within a whisker of scripting a very different history.

But for a dubious penalty decision against them at the scrum by referee Nigel Owens, Ireland, level in Christchurch coming down the finishing straight, could have claimed a first-ever victory over the All Blacks and avoided waiting until 2016 in Chicago to make this breakthrough. 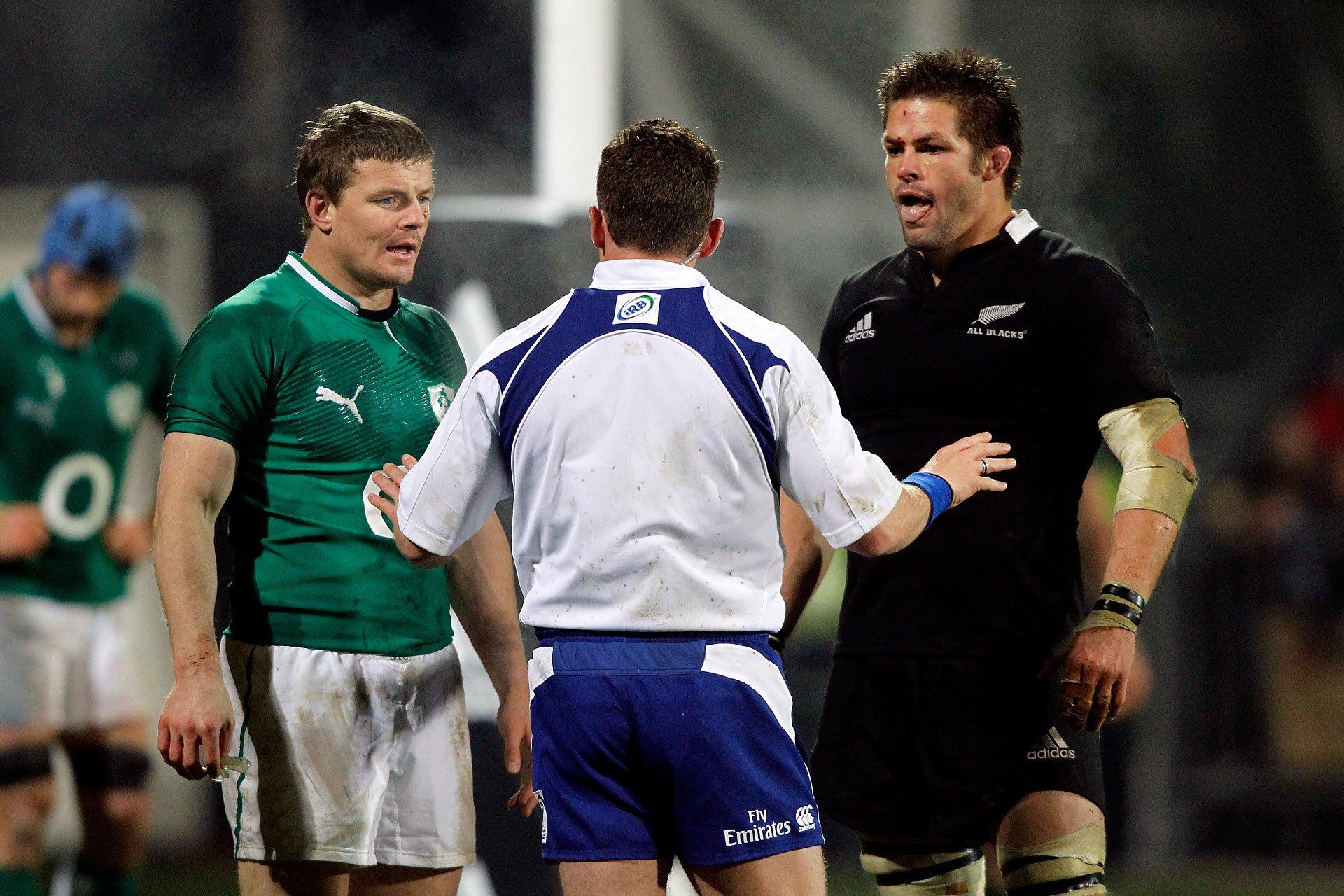 Instead, New Zealand finished with a wobbly win-clinching Dan Carter drop goal and what followed drove a nail into the coffin of the Declan Kidney reign.

The Corkman was initially a canny motivator with the Midas touch, marvellously guiding Ireland to a first Grand Slam in 61 years during his first season. But his squad never really pushed on from that meteoric achievement and taken their game and their strength in depth to another level.

Since negotiating 2009 unbeaten, Ireland were on the back foot with 15 defeats in 30 Test outings (14 wins and a draw). Non-Test defeats to the Barbarians (twice) and the Maori (once) further highlighted the lack of progress and with performances becoming far too hit-and-miss, the three-Test tour series in New Zealand marked the beginning of the end of IRFU patience with Kidney.

Nine months later he was gone, his employer fed up seeing the band aid frequently applied to their costly national team regularly falling off.

The union wasn’t blameless. A coach-load of administrators from Dublin were present on the 2012 tour and they had unwittingly rubber-stamped the disastrous preparation that was to lead to what remains Ireland’s biggest ever Test rugby defeat.

Unlike now, where Joe Schmidt enjoys freedom to call nearly all shots, Kidney had his hands tied in certain frustrating ways. For instance, there used to be a bizarre Friday meeting where he would have to explain the next day’s game plan to certain blazers. None of these “experts”, though, had reservations that Ireland’s week three preparations were a recipe for unprecedented disaster.

A bulling New Zealand couldn’t get to Hamilton quick enough, blaming poor preparations for their display in Christchurch and vowing there wouldn’t be a repeat. In contrast, Ireland based themselves for four nights in Queenstown before arriving n Hamilton late Thursday. 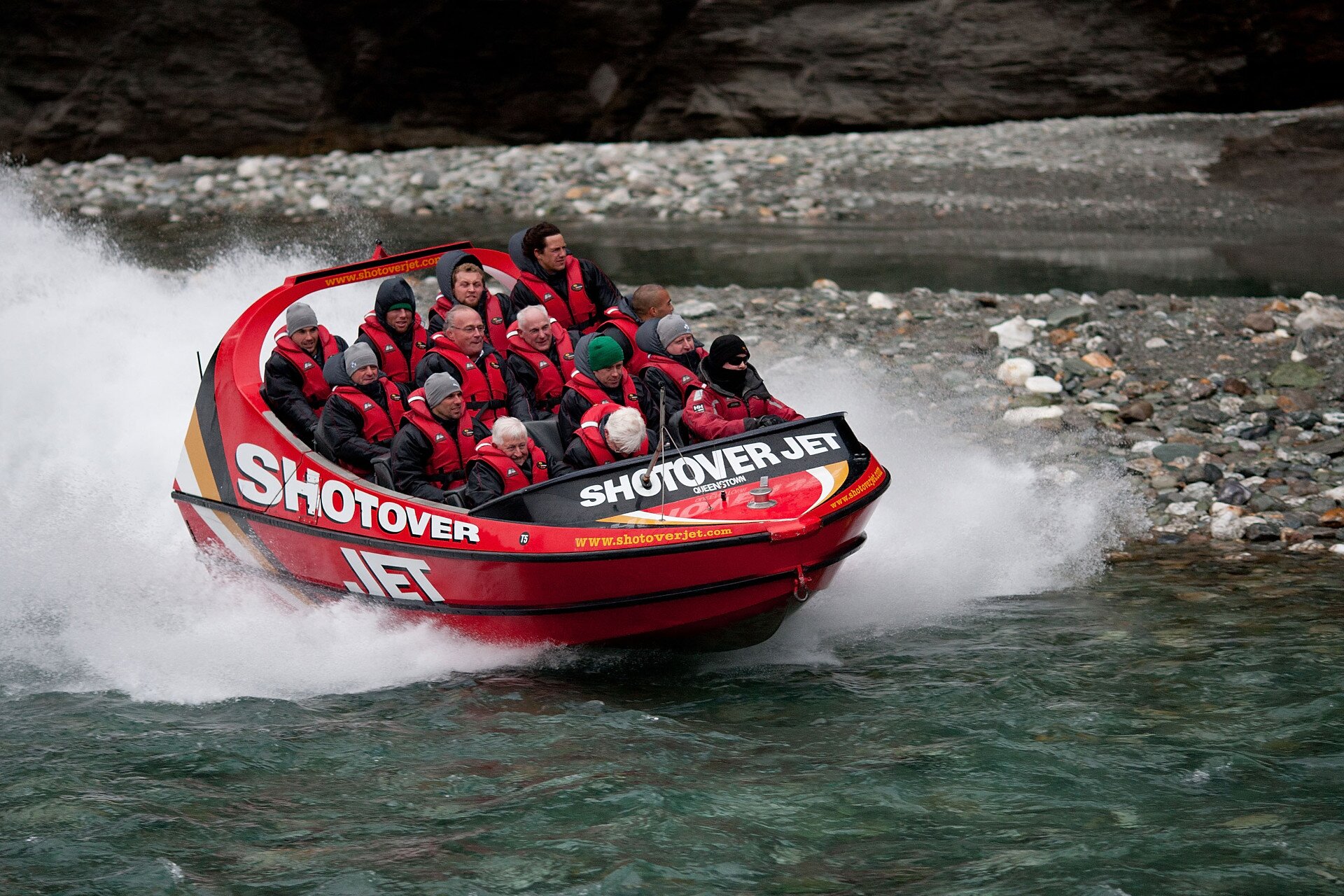 Ireland take part in jet boating on the Shotover River on June 19, 2012 in Queenstown (Getty Images)

Going to New Zealand’s adventure capital prior to the start of the 2011 World Cup the previous September had been a decent decision. The fun element of that visit was a perfect fillip to help exorcise the demons of losing all August’s warm-up matches. Mentally, it put them into the right place to go on and win their World Cup pool.

However, visiting the famed holiday resort in the last week of a 51-week, 17-Test season was thoroughly ill-advised as the players were mentally not with it come Hamilton and performed as if still on the Queenstown piste. 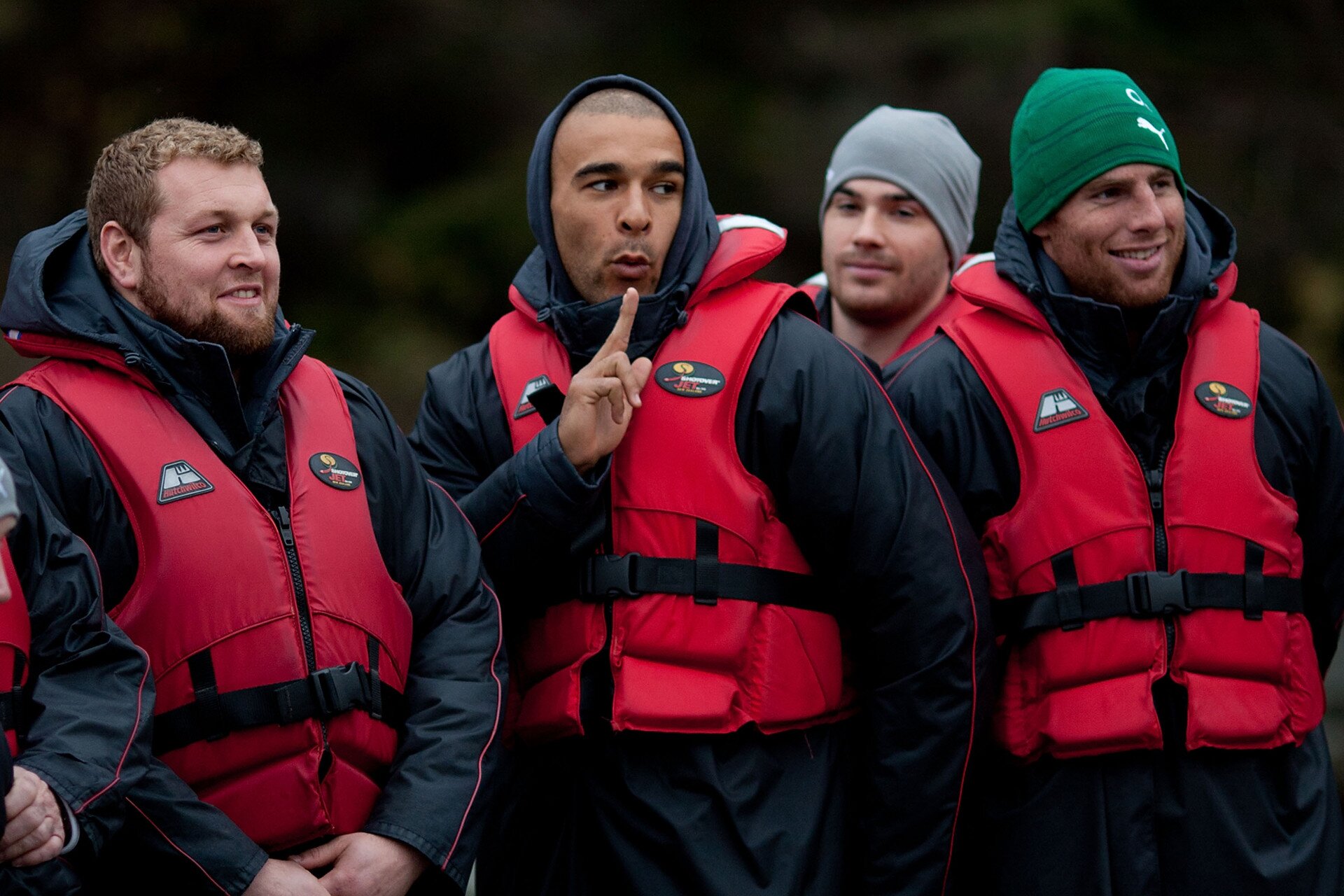 It stung. ‘Last week and the week before going into the first two games we were using it [the long season] as a positive, that we were battle-hardened. It would be a bit rich after a stuffing like that if we turned around and used it as an excuse,’ admitted Rory Best after the grotesque 0-60 trouncing which contained too many self-self-inflicted wounds.

Irish woe by the Waikato was further compounded by the unbelievable decision to call Paddy Wallace in from a beach holiday in Portugal to start in Hamilton.

Rather than revert to the first-Test midfield of Keith Earls paired inside with Brian O’Driscoll after Gordon D’Arcy pulled up lame after Christchurch, Kidney backed a jet-lagged Wallace to somehow put three days travelling and a lack of training behind him.

The selection sparked carnage. Sonny Bill Williams, Wallace’s opposite number, was unplayable, grabbing two of the opening four tries and giving the assist for another early score on a night where New Zealand enjoyed 16 clean breaks to Ireland’s three, beat 32 defenders to 13 and managed 21 offloads to four.

Ireland also missed a whopping 32 tackles, malaise that spread right through their ill-prepared team. Of the entire starting XV, only Conor Murray didn’t miss a tackle. Wallace missed four, was hooked on 54 minutes with the scoreline reading 0-41 and he was never capped again. Ouch. 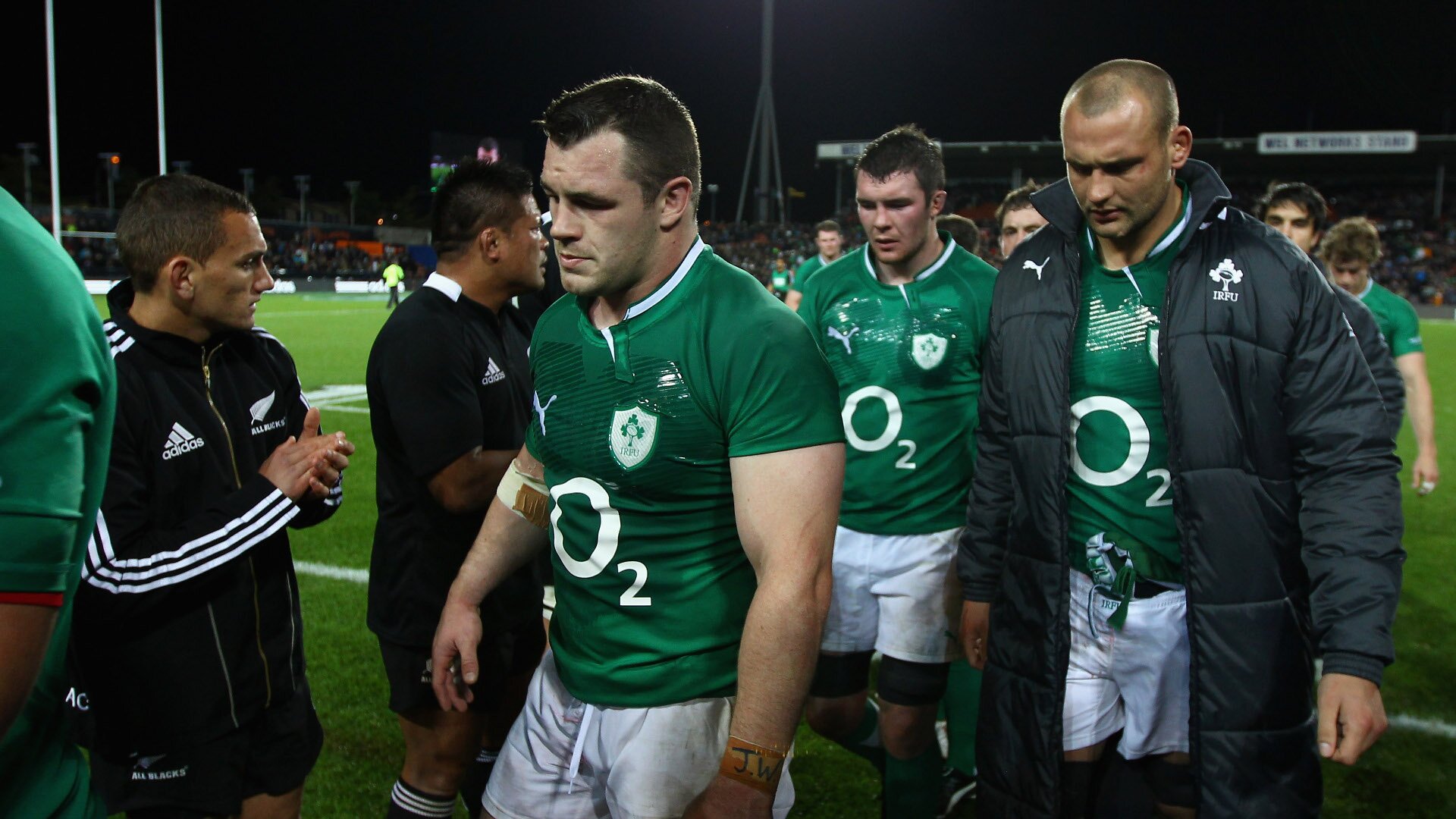 Healy walks off the pitch after the drubbing (Getty Images)

Nine tries were leaked by close of business, Ireland’s demise not helped by a perplexing Rob Kearney sin-binning, and the hiding put a few cock-of-the-walk personnel firmly in their place.

One player had taken taken umbrage post-Christchurch at Irish media criticism of aspects of his play and made his displeasure known from Queenstown. His silence following the disaster in Hamilton was telling.

Also, a certain member of the coaching staff could have done with a reality check given his quip about the musty condition of his Hamilton hotel room blankets just hours before Ireland took on the Kiwis for the third and final time.
That cheap dig spectacularly backfired and this alleged dust instead settled uncomfortably elsewhere, Kidney asked seconds into his awkward post-match media conference if he would be resigning despite having a year to run on his IRFU deal.

He came out swinging. ‘It’s hugely disappointing, embarrassing, all the words you want to use. We won’t hide from it [the level of anger in Ireland]. We were hammered and it’s unacceptable… you don’t get into it [coaching] for games like this.’ 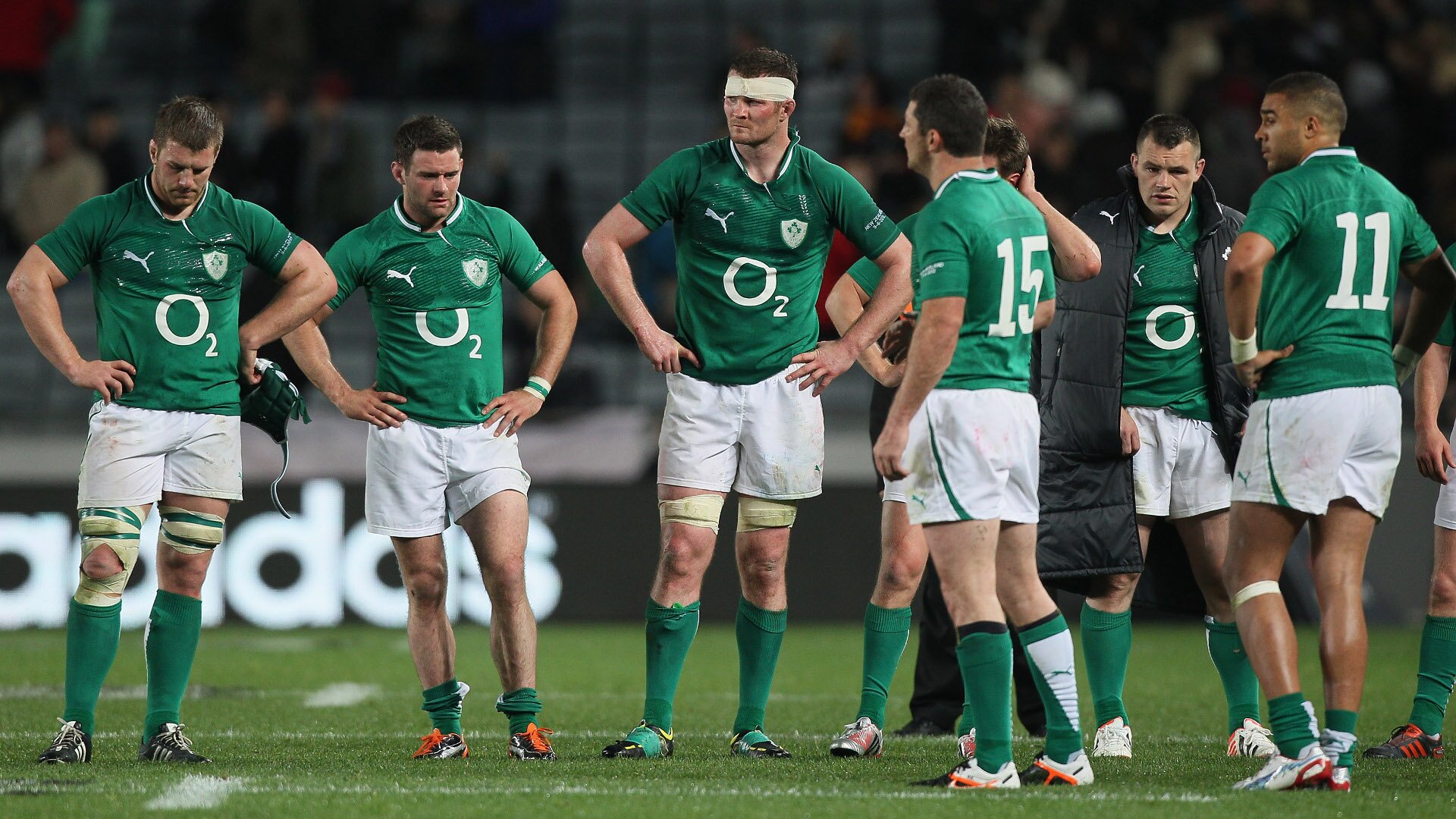 The tour ended in a resounding ‘Black Wash’ (Getty Images)

Sympathy was in short supply. ‘Do I have sympathy for them? I’m not sure… but I can imagine what it feels like and it won’t be pretty,’ said Steve Hansen, the Kiwi boss who had known from his Wales days what it was like to get destroyed by the All Blacks.

‘Test rugby is about getting yourself mentally and physically in the right place to really perform, which they did in Christchurch and clearly couldn’t get back there for Hamilton.

‘There will be some rocks under their tails and hopefully it stimulates them to be a better side.’
It did – but only after the more meticulous Schmidt took over. Changed times, indeed.