Penxe in high demand Next
Back
Internationals

James Haskell has given an insight into an infamous England camp bust-up that saw Danny Cipriani knocked unconscious after being punched out by a Wasps teammate.

In an excerpt from his new autobiography – What a Flanker – Haskell gives his personal account of the day in 2008 when Cipriani was KO’d by Josh Lewsey. The story was sold to the tabloids at the time, leaving the pair having to explain their actions.

“One of the first training ground fights I saw was between Lawrence [Dalaglio] and Joe Worsley, which might have scared me if Joe knew how to punch. Instead, he looked like an old woman trying to fend off a mugger with her hand-bag.

“Then there was the time I thought Josh Lewsey had killed Danny Cipriani. We were doing a defensive drill and Cips didn’t fancy it, which wasn’t a huge shock. Instead of putting his shoulder in, he was running up to the attacker and touching him with his fingertips.

“This didn’t go down well with Josh, who gave Cips a volley of abuse. Cips told Josh where to go, and Josh told Cips never to speak to him like that again.”

A separate account of the incident had Cipriani telling Lewsey, to “shut up, or be shut up”, which sparked the haymaker.

“Before Cips spoke to him like that again, I heard a bang, and when I turned around, Cips was on the floor snoring. It was like a s*** version of that famous photograph of Cassius Clay towering over Sonny Liston. Josh reminded me of Nicky Santoro, from the film Casino, as in if you fought him, you’d have to kill him.

“I later learned that Josh had knocked Cips cold with a sweet right-hand. Cips finally came around and for the next five hours kept on asking the same questions: What happened? What day is it?”

“Someone sold a story to a paper and the following week, after Cips set Josh up to score, they did a boxing celebration out on the pitch, showing still, as always, the best of friends.”

Lewsey’s own account of the fight, which he recalled in an interview earlier this year, suggested that the fight was more indicative of the culture of taking responsibility in the camp.

“Wasps is a very very proud club,” said Lewsey. “Not only were we used to winning, there was a level of expectation around. 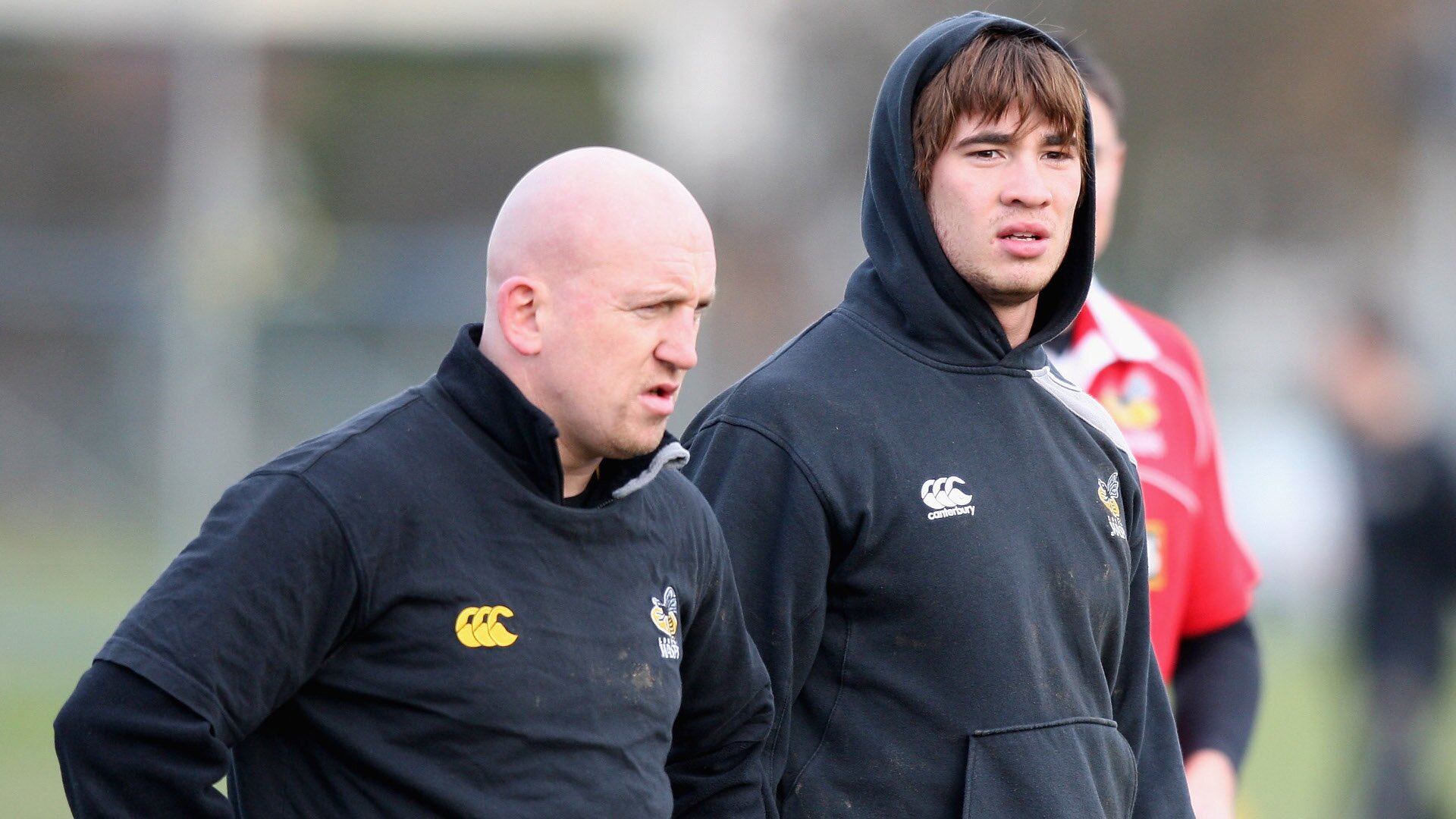 Shaun Edwards and Danny Cipriani in 2009

“With the culture of player ownership, which Wasps had, comes responsibility. A lot of guys here took very personally the fortunes of the team.”

“It wasn’t a case of personality clashes,” he said. “There are always going to be playing issues from time to time but the beauty of sport, especially rugby, is that they are dealt with straight away and you get on with the job.”

Earlier this week RugbyPass spoke to BBC sports journalist Ben Dirs, who ghostwrote ‘What a Flanker’ and he says he found Haskell to be a breath of fresh air.

"He became this personification of everything all other countries hated about England players: public school, extremely posh, very privileged, loud"

“One of the themes of the book is, Who is James Haskell? Is he the person the public think he is? No, he isn’t. James says himself that people think he’s a bit of a tit! And he became this personification of everything all the other countries hated about England rugby players: public school, extremely posh, Wellington College-educated, very privileged, loud.

“There’s a quote from Rory Best saying that when Haskell was called up to the Lions in 2017 he thought, ‘Oh God, anyone but James Haskell’. Everyone he has ever played with thinks he is going to be a p***k but he quickly defuses them of that. He’s just very funny in that very keen way.”