Racing veteran Donnacha Ryan has given an insight into how rugby has changed in recent times, suggesting that the days of the heavy second row are long gone and that the sport is now very much about speed.

Back in the Parisian club’s line-up for Sunday’s European quarter-final versus Toulouse following a four-month injury lay-off, the 35-year-old Irish forward claimed that the longer amount of ball-in-play time has forced a radical rethink in the approach that leaned towards players becoming as big as possible.

“The important thing today is to be strong and fast as long as possible,” he told Friday’s edition of Midi Olympique, the French bi-weekly rugby newspaper.

“As a result, prototypes have evolved enormously in recent years. The 120kg second row has disappeared from the international circuit. With such a weight, you explode after a quarter of an hour. Big boys, you do not see them anymore and today the second rows are often sharper than the flankers.”

Ryan made a try-scoring return last week in the Racing colours having last played in a November league win over Grenoble. “I just suffered a small concussion. In these cases, your body immediately becomes more susceptible to injury.

“I went back too quickly and had a knee injury. Nothing serious, just a hematoma on the bone. I could run but as soon as I jumped, the landing made me as sick as a dog. Because of that we had to operate and today everything is fine. But I needed to regain rhythm before facing Toulouse. I was a little rusty (against Bordeaux).”

We simply cannot get enough of this @racing92 Round 3 score ?

Can we expect more magic moments from @finn_russell and @SimonZebo when they take on @StadeToulousain in Sunday's QF?

A European Cup winner with Munster in 2008, Ryan was at the epicentre of Racing’s close-run final last May in Bilbao where they narrowly lost out to Leinster. Despite last playing for Ireland in March 2017, he says he still hasn’t lost all hope of ever earning a Test recall.

“I do not understand why some guys announce their international retirement at 30,” said the forward who hasn’t been involved in the Joe Schmidt set-up since deciding to ply his club trade away from Munster in France. 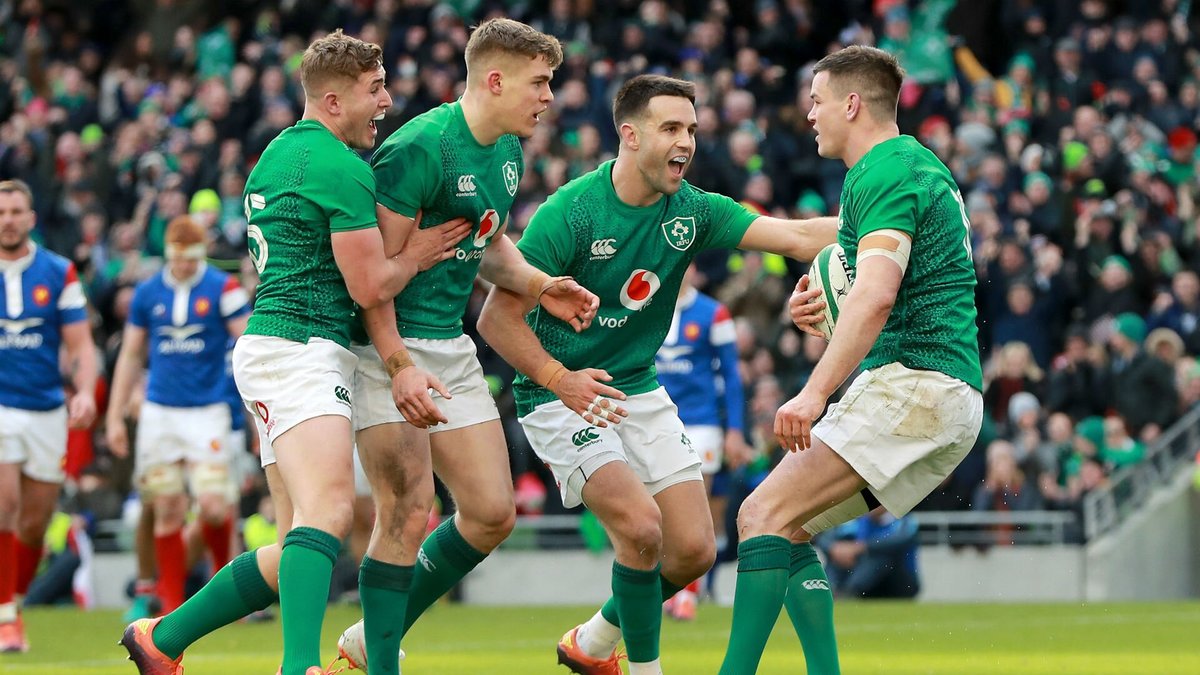 He was in Dublin in early March when Ireland comfortably defeated France, a team whose struggles he finds hard to fathom.

“I was at Aviva that day. Frankly, I do not understand why the French have this need to change their half-backs every four mornings. Johnny Sexton and Conor Murray, currently ranked as the best half-backs in the world, have been included in the national team 52 times.

“In this same period, I learned from the Irish press that the French had used 33 different partnerships. At first everything was not rosy for Sexton and Murray.

“In 2012, they even lost 60-0 against the All Blacks in Hamilton, I know it, I was there too! But we have to go through that kind of beating to grow up. And we can not burn a player at the slightest slip.”

Should relegation be scrapped? Next