Super Rugby Team of the Week - Round One

Super Rugby Team of the Week - Round One

As Eric Rush once said, “this is just one man’s opinion.” Please add your picks and your favourites in the feedback box below.

15. It was a ding dong battle between two gifted fullbacks at Manly. In the end I went with Israel Folau (Waratahs) over Jordie Barrett (Hurricanes) as Folau offered more of a threat in attack.

14. Jack Maddocks (Rebels). He scored two impressive tries and was much more involved in the game than another brace scorer Manasa Mataele (Crusaders).

13. Braydon Ennor (Crusaders). Great to see the young prospect get a start in his favoured position and he made the most of it.

His pace indicated that he is in good knick physically, add to that good lines, beautiful linking and strong defence showed it will be an interesting battle between him, Crotty and Goodhue for starter’s positions this season. Jesse Kriel (Bulls) was on fire in Pretoria as well.

12. Billy Meakes (Rebels). When you have Quade Cooper defending inside you can expect a big day in the defensive office. Meakes defended like a demon and showed some outrageous skill (kick pass to Maddocks for winning try) and impressive decision making.

He is a Kiwi-type second five rather than your traditional Aussie inside centre but could be some important glue for a RWC squad. Big ups to Anton Lienert-Brown who stepped up in an inexperienced Chiefs backline.

11. Rosko Specman (Bulls). it didn’t take long for the BlitzBok 7s star release the “specmagic” on Super Rugby…. minutes in fact and another soon after. A head cut slowed him down but opponents will be on high alert to combat his dancing feet.

Rieko Ioane (Blues) looked menacing but the Blues just could not get him the ball, the Crusaders twice getting the referee’s rub of the green with knock-ons to stop the last pass.

10. Handre Pollard (Bulls). On a day where a lot of kicker’s radars were out of order Pollard had a perfect day at the office from the kicking tee. He loves taking the ball to the line and his game management was magnificent as the Bulls spanked the Stormers.

Quade Cooper (Rebels) showed he’s not a spent force yet with a typical Cooper game. As one of my Aussie mates commented it’s good to see an Aussie 10 square up and take the ball to the line.

9. Aaron Smith (Highlanders). The All Black star may have had less than half a game but he whipped his team into shape in short time to take the win v Chiefs.  It was GREAT to see  him snipe from the base. He needs more breadth to his game in terms of threat to the opposition and he chose his sorties judiciously. Will Genia was sparkling as well for the Rebels. 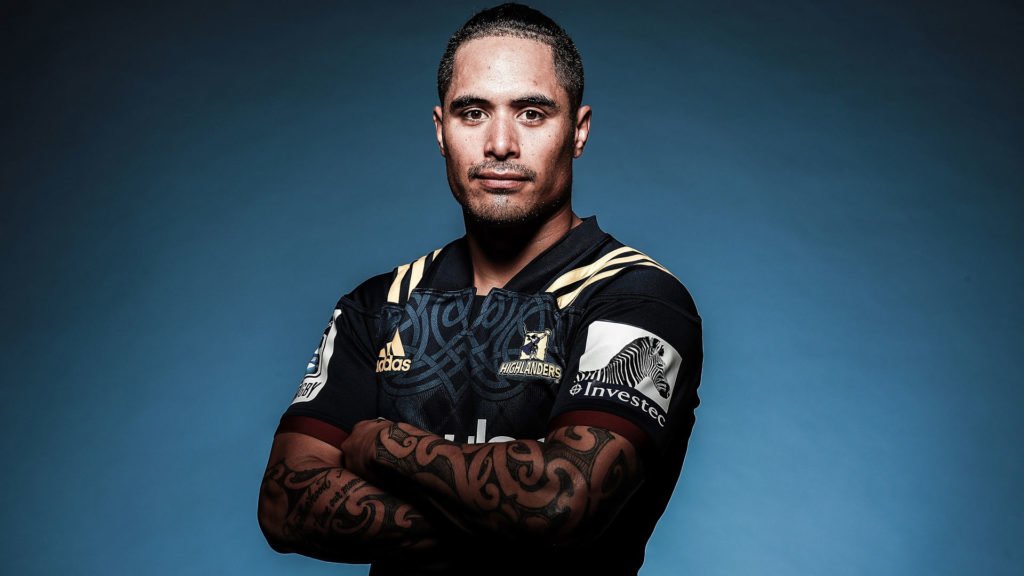 8. Akira Ioane (Blues). Shame he couldn’t get his team across the line in his 50th Blues game. Well involved in the game for 80 and is a huge threat with ball in hand and on defence. I am not sure if Matt Todd has ever been picked up and carried back like a rag-doll like he was by the man-giant.

Duane Vermeulen (Bulls) showed he was a good buy for his new franchise and Dan du Preez (Sharks) was superb in Singapore against the Sunwolves.

7. Ardie Savea (Hurricanes). His battle with Michael Hooper turned out to be the individual match up of the round with two of the best motors in Super Rugby. What a passionate player Ardie is, I wanted to get off the couch and play for this guy! Should have had two tries if not for a silly piece of overzealous play from DuPlessis Kirifi. Was everywhere.

Michael Hooper was great as well and I feel for him having to do so many losing captain interviews. Special mention of Marnus Schoeman with a hat-trick in Buenos Aires.

6. Tom Robinson (Blues). The “Son of Big Red” underlined his potential by outplaying his opposite Jordan Taufua; solid in close play and showing his running ability in open spaces. Still getting used to lines and duties with 6 on his back but looks like a star in the making. It should be noted that Dalton Papalii’s work rate allows players like Ioane and Robinson to stand out.

5. Lood de Jager (Bulls). The Bulls pack led by captain de Jager broke down the line out supply line for the Stormers, the Capetonians lost their first five line out throws and this led to the brutal thumping. Has created serious concerns around Springbok Bongi Mbonambi’s throwing. Matt Philip (Rebels) was a workhorse as well.

4. Scott Barrett (Crusaders). We saw Barrett’s angry side as he did an Incredible Hulk impersonation when the Crusaders fell behind 2nd half at Eden Park. Big hits, clean-outs and even helping Michael Alaalatoa scrum from blindside flanker against big Karl Tu’inukuafe for the champions second penalty try, he was irrepressible.

3. Tyrel Lomax (Highlanders). The young 130kg bud is blooming into a beautiful flower. Rooted the scrum and some lovely hands in the open.

2. As we’ll give this gong to Malcolm Marx many times before the end of the Super season let’s go with Akker van de Merwe (Sharks). Two tries in sultry Singapore as the Sharks went into a feeding frenzy. Perhaps the ARU is checking Anaru Rangi’s (Rebels)  passport as well as he was the best from their teams.

1. Dylan Smith (Lions) was impressive against the Jaguares. Will have to continue this form for a while to vault himself into Springbok contention but he stood out against the South Americans. Karl Tu’inukafe came on and made a palpable difference at Eden Park but his effect was blunted with the introduction of Luke Romano at tighthead lock for the Crusaders.