END_OF_DOCUMENT_TOKEN_TO_BE_REPLACED

END_OF_DOCUMENT_TOKEN_TO_BE_REPLACED
'We thought Quins were arrogant, thought they were above themselves'
P
Poorfour 2 hours ago

Sale surrendered a comfortable lead inspired by Manu Tuilagi as London Irish fought back to force a 31-31 draw in a pulsating Gallagher Premiership collision.

Tuilagi was instrumental as Alex Sanderson’s title contenders cruised 17 points ahead at Brentford Community Stadium, with his footwork key to AJ MacGinty’s early try that placed them in the driving seat.

The England centre has slimmed down after giving up meat and his potent carrying was a theme of the first half that saw the bonus point secured by the 37th minute thanks to Will Cliff’s opportunism.

But despite leading 31-14 at the interval, Sale were unable to add to their score as the Exiles began to build a head of steam with two tries from Tom Parton catapulting them back into contention.

Curtis Rona crossed with three minutes to go and Paddy Jackson converted to level the score.

With the final act of the match Jackson had the chance to seize an unlikely victory but his 55-metre penalty struck the left upright.

Tuilagi’s influence was evident in the opening minutes as he launched Sale’s onslaught by side-stepping into space and feeding Cliff, with MacGinty arriving to finish the move.

Ben Curry’s turn over of Albert Tuisue gave the Sharks the platform to unleash Tuilagi and moments later he accelerated into contact to maintain the pressure on Irish.

The lead was extended to 14 points when Cliff brilliantly kept the ball in play as he was about to be shoved into touch and Marland Yarde capitalised with a storming run over the line.

Scrum-half Ben White’s quickly taken penalty swept him under the posts from close range to briefly interrupt the Sale procession but normal service resumed when MacGinty grubbered for Sam James to touch down.

Tuilagi continued to carry into the heart of the home defence as the Sharks camped in enemy territory with a MacGinty penalty in front of the posts another blow to the Exiles’ diminishing prospects.

Although coming out worse on territory and possession, the Exiles were showing a ruthless streak in attack and when White broke clear Agustin Creevy arrived to burrow over from close range.

But their vulnerability in defence was exposed again in the 37th minute when Cliff darted free down the blindside of a ruck to score. 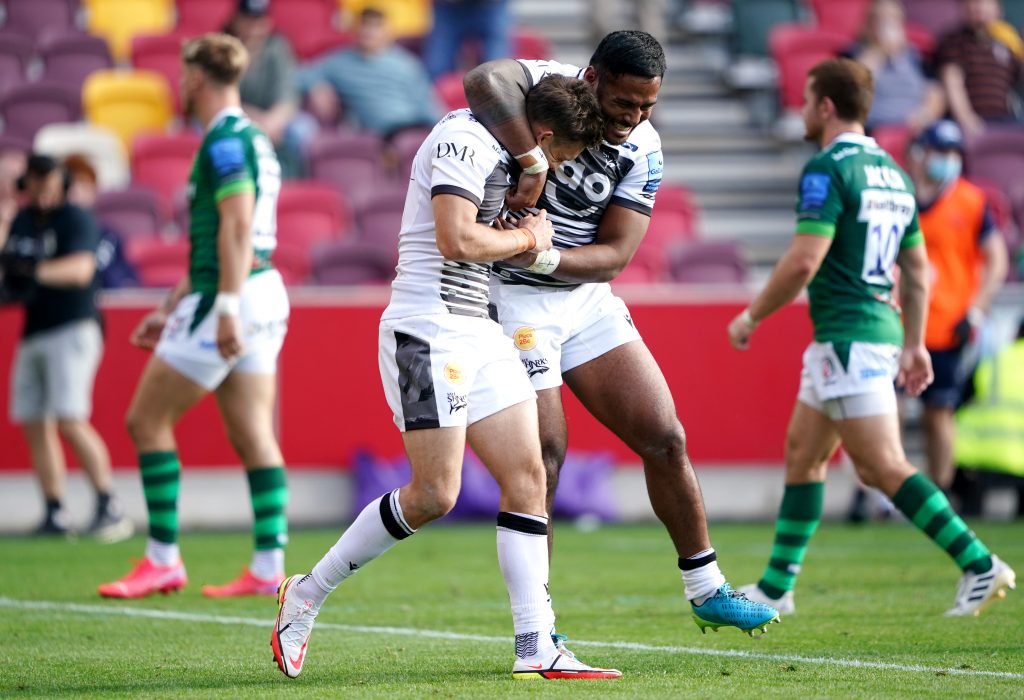 Irish were down a man after Adam Coleman was sin-binned for a dangerous challenge on MacGinty and although the USA fly-half initially soldiered on, he soon departed thanks to the injury sustained in the tackle.

Parton went over in the right corner to give the Exiles a glimmer of hope and the score had a galvanising effect on the team and brought the disappointingly small crowd in Brentford to life.

Sale appeared to have wrestled back control after a spell when they were pinned deep in their own half but a penalty allowed Irish to resume their attack with greater purpose now behind every carry. 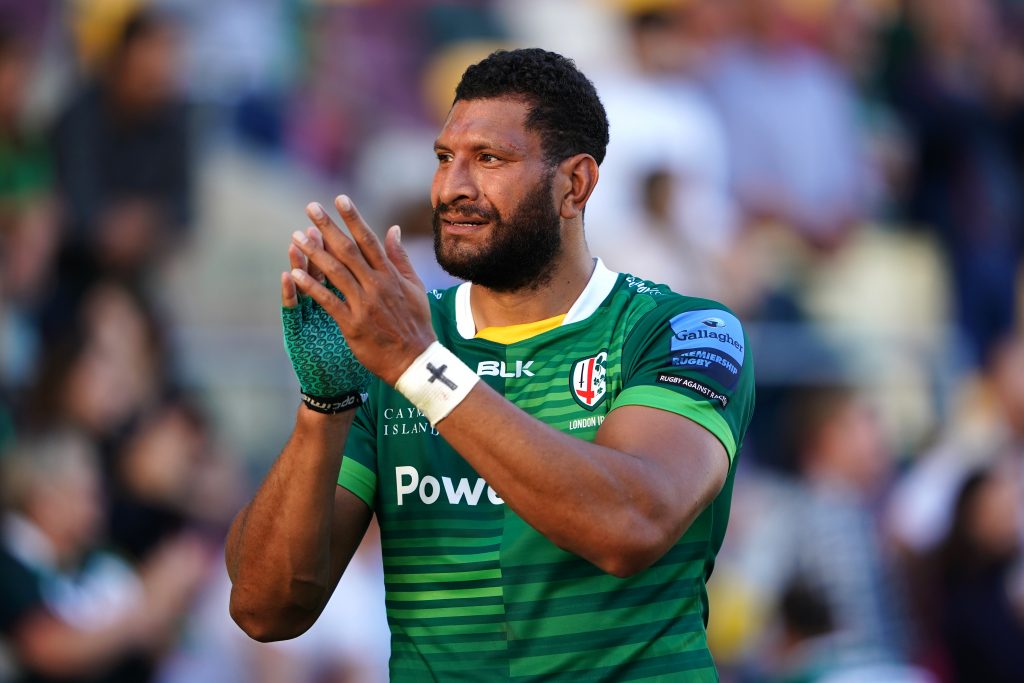 The Sharks harmed their cause when captain Jono Ross was sent to the sin bin for taking out Sean O’Brien even though he was nowhere near the ball and from the next line-out Parton claimed his second when a backs move sent him racing over in the left corner.

Paddy Jackson missed the conversion but Irish’s momentum was irresistible and with four minutes left Rona capitalised on an overstretched defence to touch down. This time Jackson converted, but a show-stealing penalty fell short as full-time sounded. 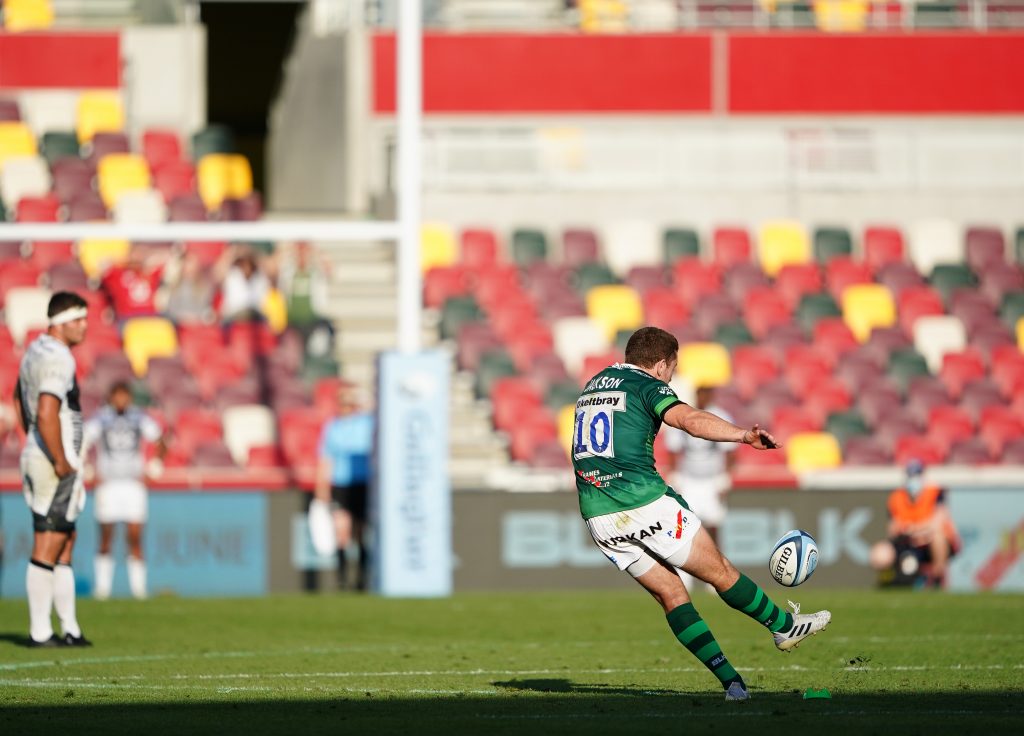