Video interview: Richard Kahui talks 2011 - 'I would have been the slowest winger at the World Cup'

Manjezi move not about money Next
Back
Internationals

Video interview: Richard Kahui talks 2011 - 'I would have been the slowest winger at the World Cup'

Despite Richard Kahui’s career being blighted by injury, the Tokoroa-born midfielder managed to keep his body mostly in check for arguably the most important season of his career – 2011, when New Zealand played host to the Rugby World Cup.

Kahui announced himself on the scene in 2006 after topping the try-scoring charts in Waikato’s Air New Zealand Cup title-winning run. With so much uncertainty around the All Blacks’ centre jersey at the time due to Tana Umaga’s recent retirement, there were even calls that the then-22-year-old could be a surprise pick for the 2007 World Cup in France.

Regardless of what the selectors’ plans may have been for Kahui, injury ruled him out for most of the 2007 season – but that gave the midfielder time to re-focus and set his sights on the New Zealand 13 jersey. 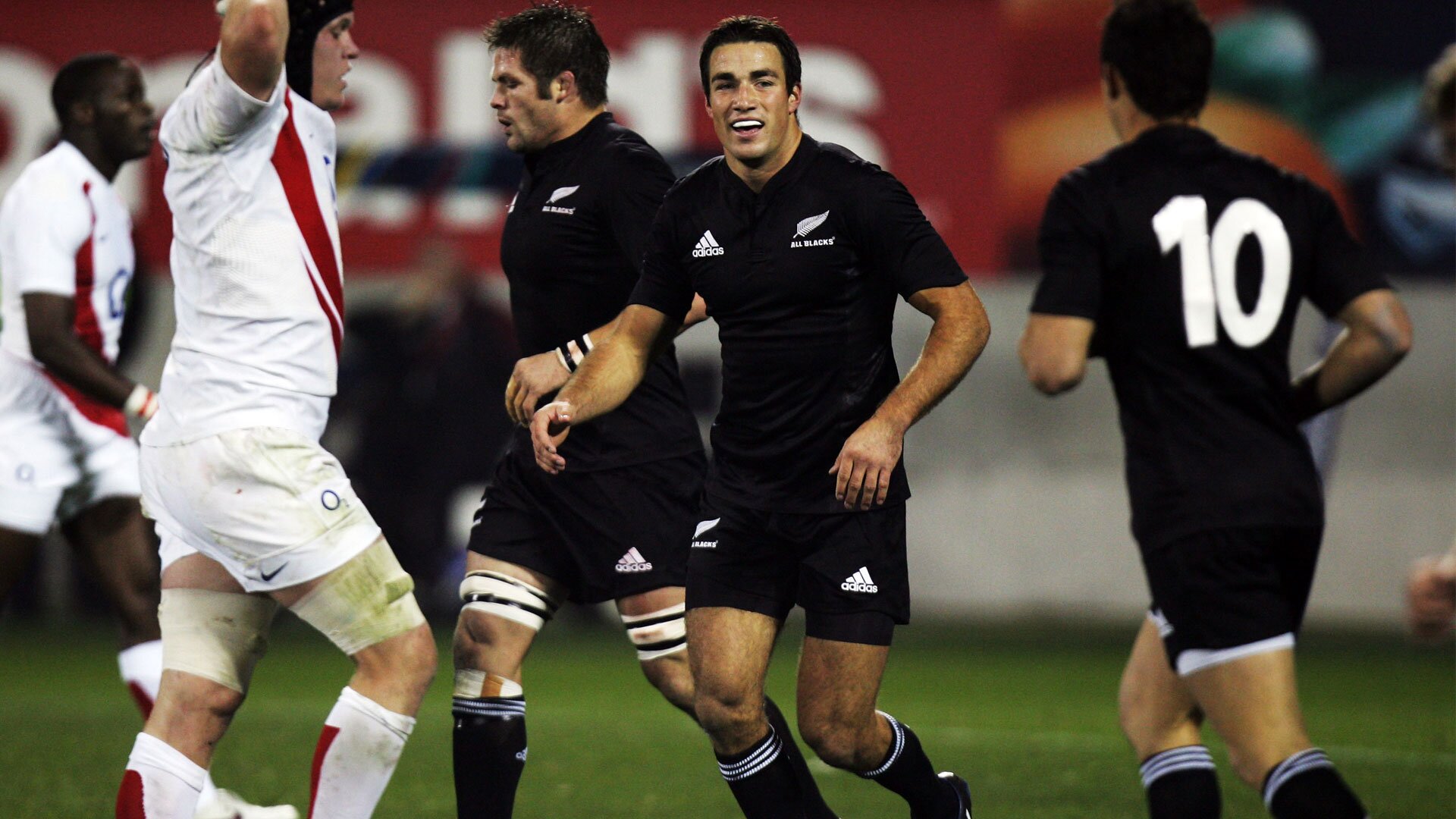 Richard Kahui after scoring on debut against England in 2008. (Photo by Phil Walter/Getty Images)

Of course, Kahui wasn’t the only player trying to stake a claim to anchor the All Blacks’ backline.

“For me, Conrad Smith’s been the greatest centre in New Zealand of all time – his durability, his performance-level, everything,” Kahui told RugbyPass in an exclusive interview chronicling his experiences in the lead up to and during 2011.

“I was obviously coming through at the same time [as Smith] and I wanted to be the All Blacks centre.”

As has been the story of Kahui’s career, injuries restricted the proud Waikato-man from ever mounting a sustained challenge against Smith, who probably should have been entrusted the 13 jumper at the failed World Cup in France.

“2008, had a good year, I felt like we were in a position where, at least performance-wise, we were neck-and-neck,” Kahui said. “That was sort of the message that the coaches gave me.”

By then, Kahui had managed just 11 appearances – a number which could have been triple the size if he had not been plagued by shoulder injuries.

“I was playing so-so sort of Super Rugby, then Wayne Smith said to me they were trying to get Sitiveni [Sivivatu] fit for the June tests,” said Kahui.

“He said ‘all right, I want you to go with Sitiveni to the Mount and do fitness training with Titch and the sevens team.”

Ever wondered what life was like for former @AllBlacks midfielder Richard Kahui, having season after season cut short due to injuries? https://t.co/1zu2zOnuNV

While doing a small stint with the New Zealand’s sevens side has reinvigorated a few All Blacks’ careers, it almost had the opposite effect on Kahui.

After eyeing up the 2011 season as the one year that he desperately needed to stay injury-free, things weren’t looking good for Kahui, with only five matches left to play on the international calendar before the World Cup kicked off.

“I missed all of the Tri-Nations [as well as a match against Fiji] except one game – and that one game they were naming the World Cup team after,” said Kahui.

“Fortunately enough, I was named to play – but I actually felt lucky to even make the All Blacks. Whereas, before that season started, I genuinely felt like I had a really good opportunity if I played well in those tests that I’d be able to outperform [Smith].

“It didn’t happen – I got injured again and never had the opportunity – but then I think it all worked out well in the end anyway. For those seven games [at the World Cup], Conrad was easily one of the best players on the field. His combination with Ma’a [Nonu], with Dan [Carter] gone, was a real crucial part of that 2011 side.”

Of course, Kahui didn’t end up watching the tournament from the sidelines, the stands or the television set – he played a major role in the All Blacks securing their first World Cup title since the inaugural competition way back in 1987.

Jordie Barrett revealed to @TomVinicombe the moment he realised how important the number on your back is when you're playing for NZ.https://t.co/u32WecYgJZ

“The shining light for me was because Conrad was so good in earlier years, I’d played a few more tests on the wing – and that gave me the opportunity to play on the wing [at the World Cup],” Kahui said.

“Fortunately enough, the ball went my way in the first test and from there, I was kind of given the nod ahead of everybody else which, still to this day, blows my mind. I would have been the slowest winger at the World Cup but was given the opportunity and fortunately enough in 2011 it was about high balls and defence. That was something I was particularly good at.”

While speed certainly wasn’t Kahui’s top attribute, he was certainly no slouch on the rugby pitch either and performed superbly on the left wing during the 2011 competition. One of the competition highlights was undoubtedly when the 6-foot-2 utility back crunched Australia’s Quade Cooper in a perfectly timed tackle during the semi-final to help the All Blacks win a turn-over.

Just being fit enough to get on the park was a milestone for Kahui but being able to do it for New Zealand in a home Rugby World Cup was something else altogether – and it was all capped off when the All Blacks secured a narrow victory over France thanks to a kick from Kahui’s close friend, Stephen Donald.

“If I look back at my whole career – and of course I’ve got regrets about things I should’ve done differently and if I hadn’t been injured – at least for those 7 weeks I was fit and I have a great memory of it,” Kahui said.

“And the greatest memory, other than winning, is having my mate run out in a size small t-shirt and coming on during the game and winning Rugby World Cup 2011.”