The 'almost a Springbok' XV Next
Back
Internationals 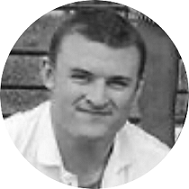 Nigel Davies forged a career at Stradey Park with Llanelli, totting up 498 caps and reaching nine cup finals along the way. His stature as a legend of the game may be understated given he’s both played for, and coached, his country.

He’s since dabbled in the Gallagher Premiership with Gloucester and the Welsh Premiership with both Ebbw Vale and Merthyr. Despite his many accolades he’s now pushed coaching to one side as he aims for a seat on the WRU National Council.

Davies’ professional coaching may well be over, but he still delivers his passion to his son Sam, who is reaching elevated heights once again at the Dragons as he searches for another Welsh call-up. It’s his dedication for rugby and his love of his son that enables him to keep driving on in a sport that he has cherished for over four decades.

Eddie doesn’t hold back on The Breakdown…

“We talk quite a bit about rugby. I’ve learned over the years not to be forthright with my opinions, so I’ve got to be a bit more subtle around some issues. The best way to improve a player isn’t to tell him how to do something, but let them decide himself how he thinks is best to do it as they have to make all their decisions on the field,” Davies explains.

Having that divide between father-son bonding and coaching advice could be difficult, but for the family who grew up near Gowerton it’s just an extension of life. Nigel doesn’t just offer his expertise. He wants to enjoy rugby and often discusses the ongoings at Rodney Parade with Sam in an attempt to maintain normality.

“We have conversations around that [coaching] or the game in general. I’m interested in seeing what’s happening at the Dragons as there seems to be a positive vibe there.”

Sam has now been out of the Welsh setup since June 2017 where he featured against Samoa. Out of form at the Ospreys, Nigel took it upon himself to offer some words of wisdom to enable Sam to push past his current tally of eight caps.

“When Sam was first talking about the move [to the Dragons], I said the main thing for you now is to just starting to enjoy rugby again, which would help him play better. That gives him a better platform to do things.

“I said he’d have to put his Welsh ambitions to one side as it’s about getting back and enjoying his rugby, which he’s been able to do at the Dragons. It’s been heartening to watch. At the end of the day he’s my son and I want to see him enjoying himself. If it comes it comes and if it doesn’t, it doesn’t but he’s still enjoying himself.”

When Sam made his second appearance off the bench against Japan the scene was set for him. The drop goal was there to win the game, and he duly accepted the challenge, Wales winning 33-30. Nigel doesn’t think about that drop goal in the Millennium Stadium, as it was then, but he reminisces of Sam’s younger days and practising drop goals on the Elba fields at Gowerton.

“I was in the crowd. You don’t just turn up and perform at that high level and do those things unless they’ve done it a million times before. Sam will have taken those goals on the Elba where he was brought up. 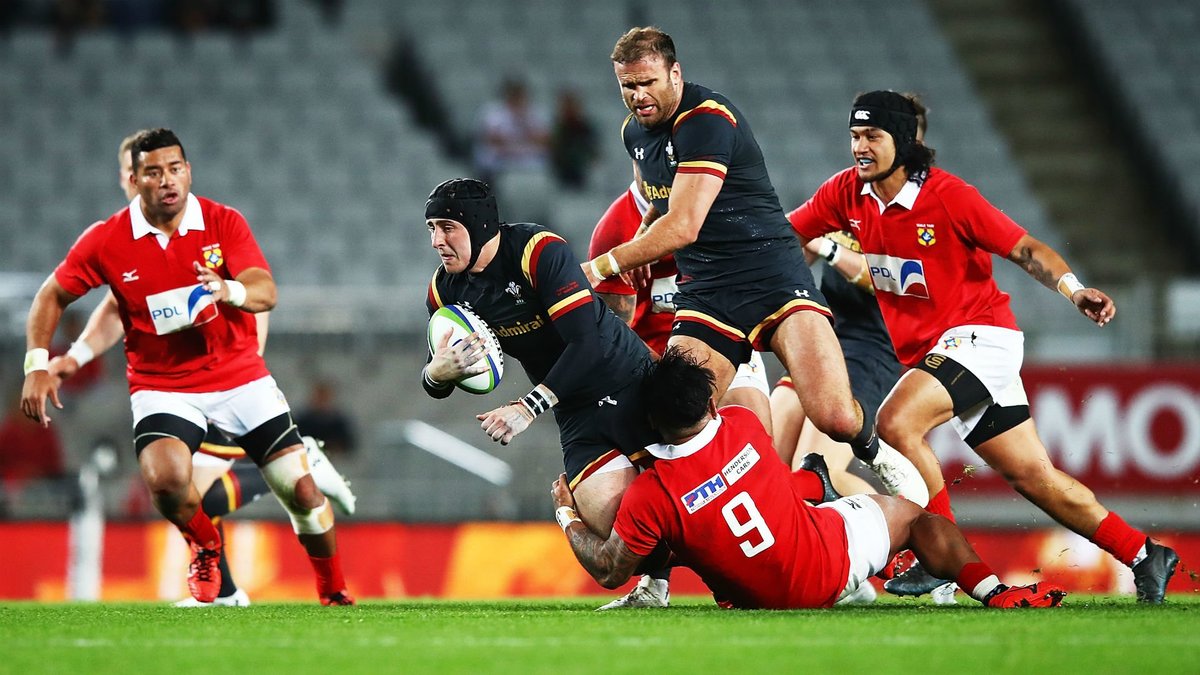 “From the age of five or six we’d always end the session by standing in-front of the posts and I’d pass him the ball for a drop goal saying, ‘this is the kick to win it for Wales’. “When he kicked that goal for Wales, I didn’t see him for that, I saw him kick the ball in the Elba. That was a really emotional moment.”

Nigel’s fondest memories have come on the rugby fields, including Sam within many of them, but looking back he remembers how difficult it was to come to terms with the end of his own career.

“It’s very difficult and a massive issue we have in the game now. I remember, on my 30th birthday, which was a surprise party at Stradey Park, that was the worst for me as someone in top level sport, the realisation that at best you only have a few years left in you.” 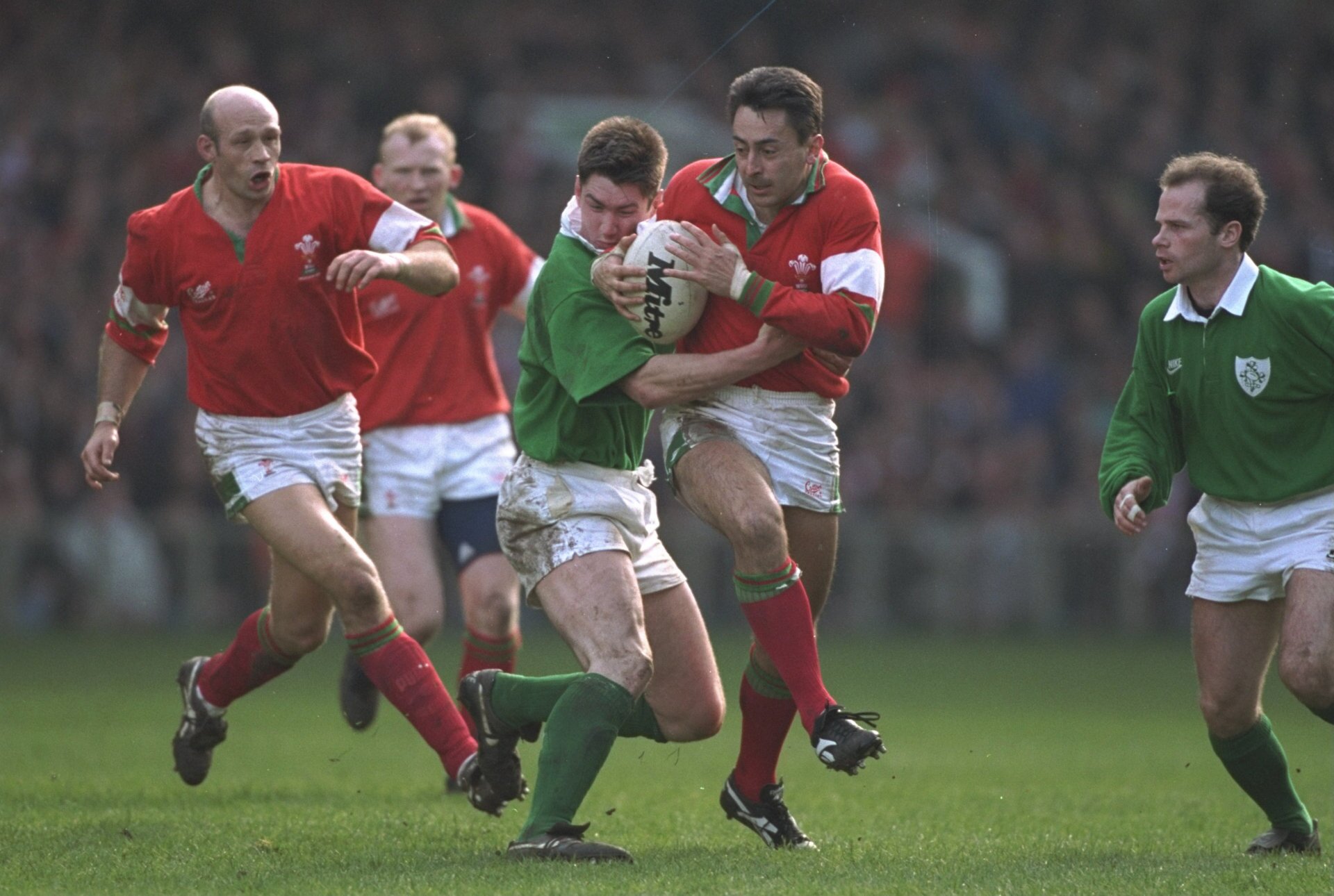 Davies’ career began in the late ‘80s and finished just over a decade later, managing to bridge both the amateur and professional era. A graduate in mechanical and production engineering and having worked as a consultant for major businesses, he had to balance his rugby career with his job, the former of which wasn’t a paid role. Transitioning into the professional era in 1996 wasn’t easy or without flaws. The changes didn’t occur overnight and Llanelli remained an amateur team at heart for several years after the official changeover.

“It wasn’t much of change as nothing really happened to start with,” explained Nigel. “I caught the first few years of the professional era and in that time we still worked outside of rugby and got paid full-time in rugby. Going into the third year it became a full-time environment and started to go down the professional route, in the true sense of the word.

“A lot of mistakes were made along the way and there was little clarity. At Llanelli it took us a few years to embrace that. Going from training twice a week to five times a week didn’t happen for the first two years.” 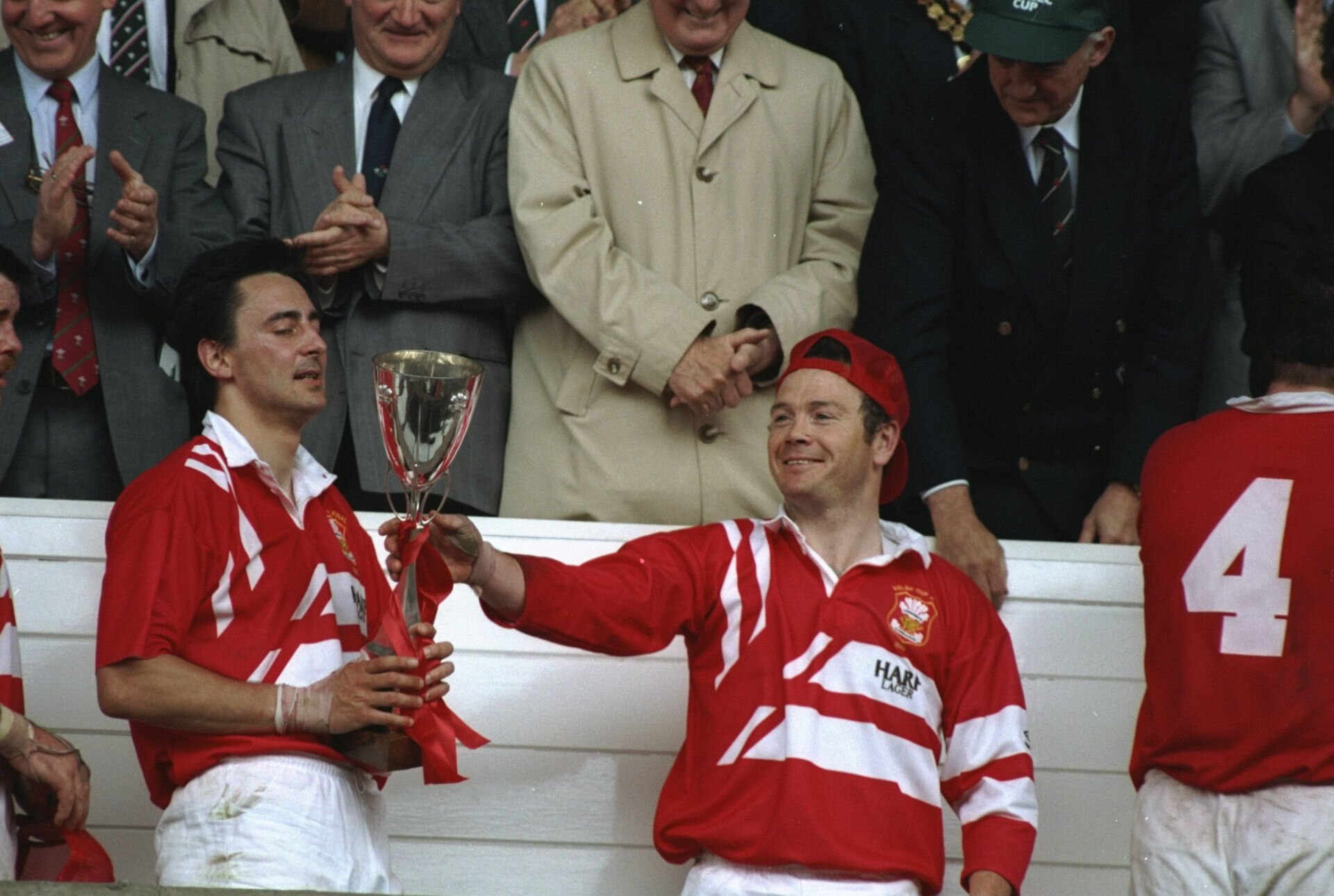 “It was something we were used to [working whilst playing]. It wasn’t ideal, but in my first season with the Scarlets I played nearly 50 games, as we played midweek games. We’d go from work, catch a bus up to Pontypool Park or wherever and play a game. Then we’d go back into work the following day, although you wouldn’t be able to after a trip to Pontypool…”

Despite the enjoyment of having to balance his job with his passion, he firmly believes the hardship has increased for players nowadays. “If you look at players now they’re far worse off,” he says. “From a young age they’re put into an academy and then a team, so their working week is set out for them, what they eat is set out for them.

“They get a lot of positive feedback, but when it finishes it leaves a big black hole. We talk about mental health issues, but they’re real for players. I don’t think any player I have spoken to recently who has finished recently has found it easy, they’ve all struggled with it.”

Nigel’s career as a player finished in 2000. The young boy who dreamed of playing for Wales as he turned out for Trimsaran youth had achieved his goal. His learning wasn’t finished and he set out to coach, where he helped boost Robin McBryde’s awareness.

“The thing about international coaching compared to regional or club teams is you have very little time with players so it’s a different dynamic with different skills. When you’re coaching week in, week out you have a lot of contact with players, you can evolve things reasonably quickly, whereas in international rugby it’s about man-management and getting the selection right and creating a good environment and culture. 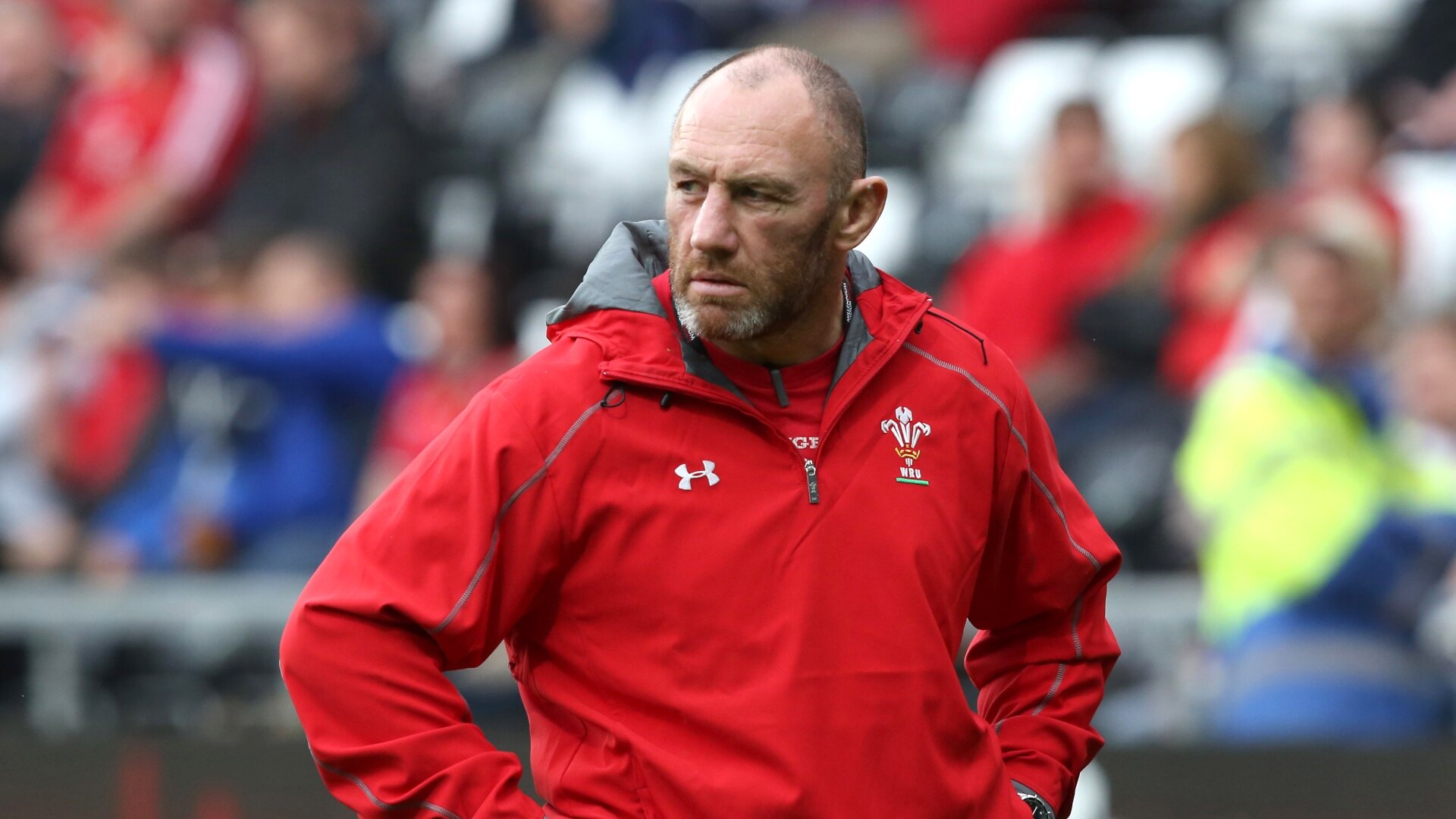 “After I finished with Wales I went back to the Scarlets and Robin McBryde was with Wales and I suggested to him about coming to the Scarlets to coach the forwards, which he did for a year. He said it was completely different to coaching internationally as you have plenty of time to reflect on things whereas with Wales it puts pressure on you to react and problem solve quicker. He found it very rewarding.”

His time within the community game is also looked upon fondly. “Winning the league with Ebbw Vale, that was a fantastic achievement and that was one of the memories I’ll take to the grave,” Davies added. His time across the bridge with Gloucester was his last professional coaching role, but he now looks to apply his rugby and business knowledge to the admin side of the game. He is running for a seat on the WRU National Council, and he feels his skills brought upon by his time at all levels of the game can help move the game on within Wales.

“The community is the rock bed of the game in Wales. If we don’t support that area we won’t have a game going forward and these are issues that need to be spoken about and addressed. I know the Union are doing lots of good work already, but I bring a slightly different perspective.

“I love rugby and I love Wales, and I want to ensure we have a sustainable future and it’s not just about the professional game because that won’t exist without the community.”

“I’m keen to get on there [Council], ask some pertinent questions based on my experience and help drive change.”