'Murrayfield never disappoints! The bus ride is always entertaining, especially when you get off'

Hastings hopes he has jersey Next
Back
Six Nations

'Murrayfield never disappoints! The bus ride is always entertaining, especially when you get off'

Ben Youngs insists England’s Guinness Six Nations-rescuing victory over Scotland is all the more satisfying knowing they had entered the lion’s den at Murrayfield.

A 13-6 victory in atrocious conditions wrestled back control of the Calcutta Cup and propels Eddie Jones’ men back into title contention having fallen short in Paris on the opening weekend.

The win was soured by the news that Jones’ right-hand man Neil Craig had been struck on the head by a plastic beer bottle thrown from a gantry as the players and backroom staff entered the stadium.

Jeering and obscene hand gestures greeted their arrival, while during the game Owen Farrell was repeatedly booed as he took kicks at goal.

Two years ago Scotland number eight Ryan Wilson ignited a brawl in the tunnel before Jones himself was physically and verbally abused by fans during the train journey back to London.

For Youngs, it is all part and parcel of visiting the Scottish capital. 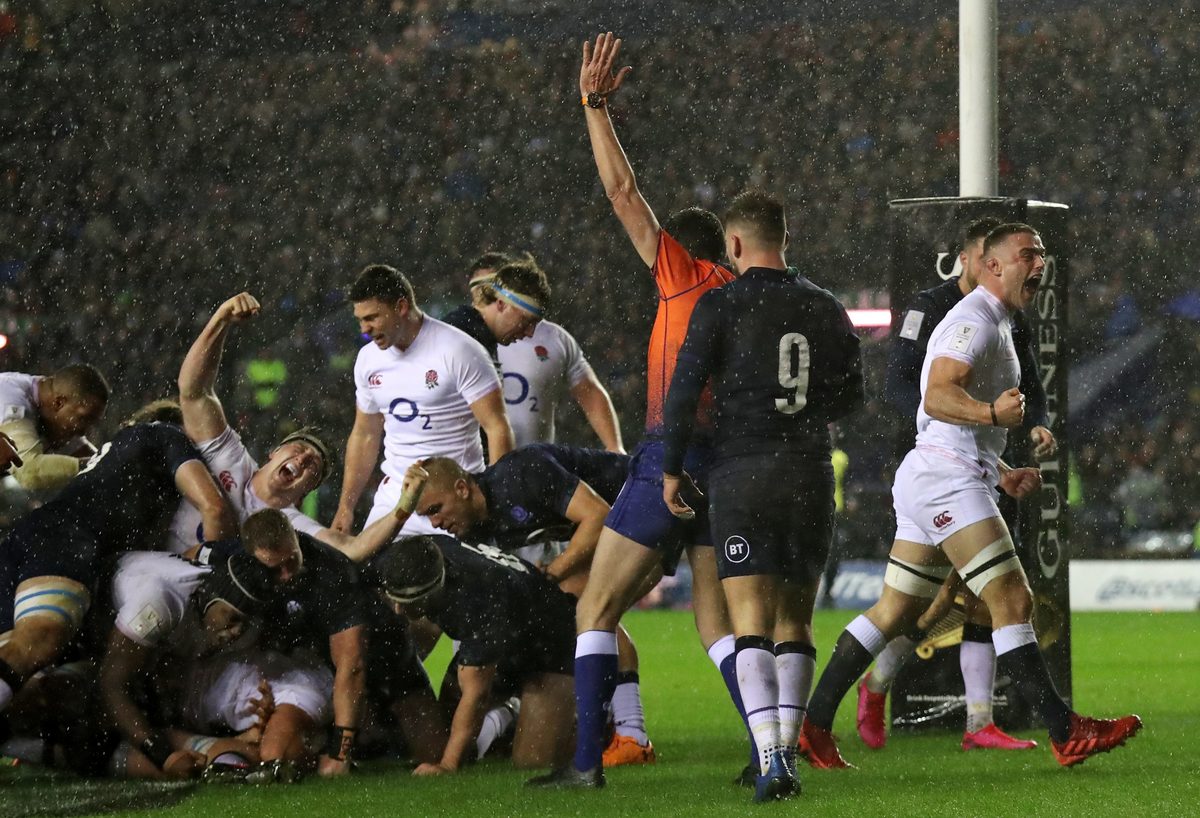 “Murrayfield never disappoints! The bus ride is always entertaining, especially when you get off,” the Leicester scrum-half said.

“It all adds to the circus surrounding it! And I’m sure that for some of the lads who haven’t played here before it was bit of an eye opener.

“They must have been thinking ‘oh my goodness, I see why we talked about it being different coming here’.

“It’s good and you want to use it to galvanise you and we did. The forwards were able to be physical. Guys like Sam Underhill and Tom Curry…it gave them bit of a prod.

“The Six Nations is so hard away from home anyway, but when you come to a hostile place like Murrayfield it makes it even better to come and get the result. Ugly or not, we got the result.

“I was laughing with (assistant coach) Steven Borthwick after the game, I was like ‘Steve, 10 years ago I made my debut here and you were captain and the weather was exactly the same!’ 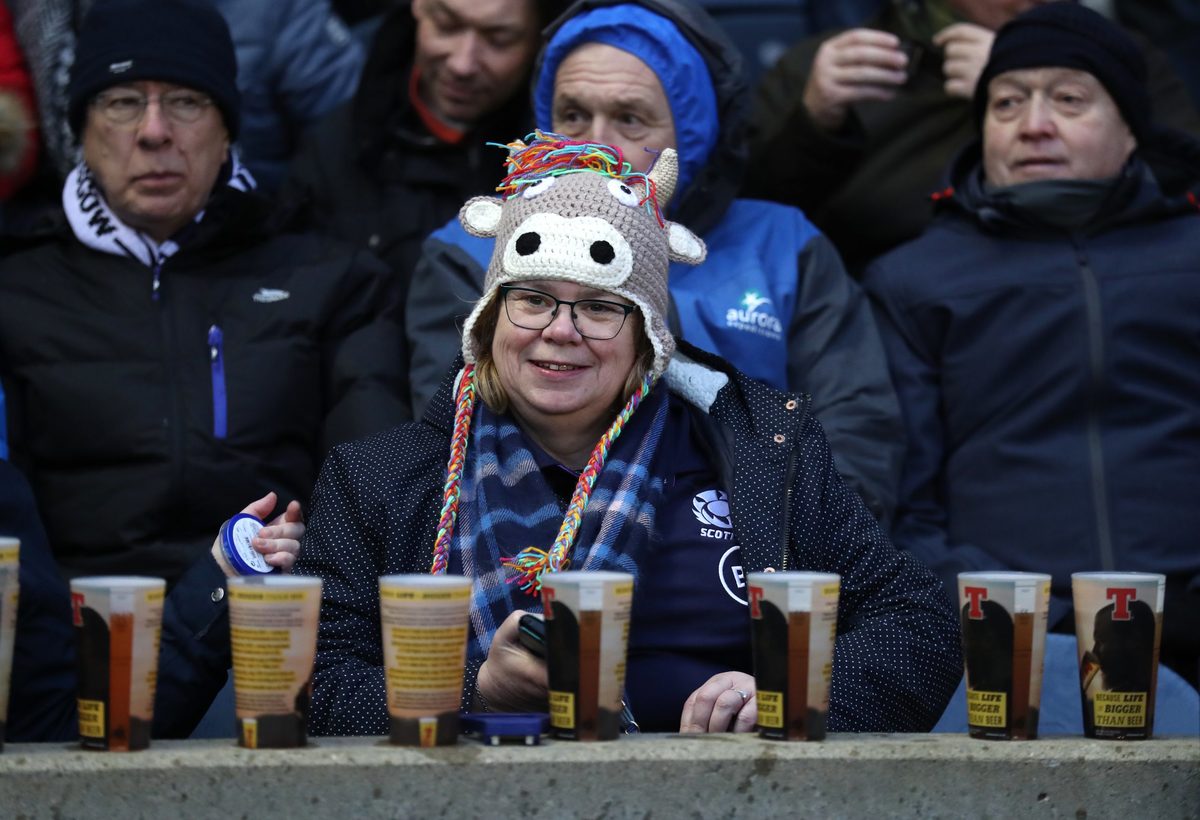 Storm Ciara descended on Edinburgh, turning the contest into a lottery as driving rain and swirling winds swept kicks and line-out throws off course and made handling a nightmare on an afternoon when it was better to play without the ball.

Beyond the tension created, it was a dreadful spectacle snatched by England through the mastery of their pack and especially the back row of Underhill, Curry and Lewis Ludlam. 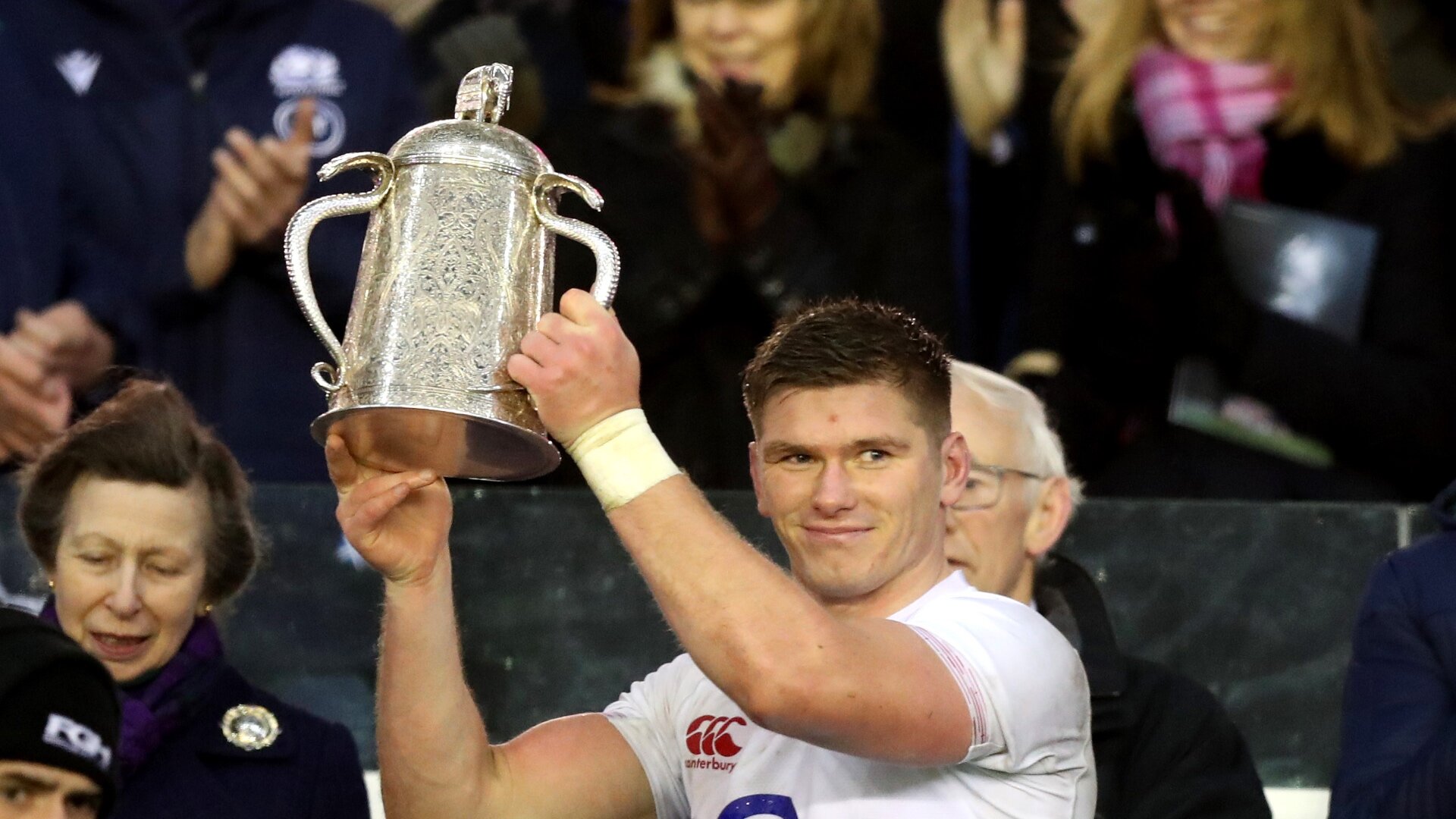 Ellis Genge’s 70th-minute rumble over the whitewash ended the stalemate and the treacherous conditions were generally better handled by the men in white shirts, even allowing for four kicks out on the full in the third quarter.

“People sit there and they’ve got no appreciation next to their nice wood burner. It was pretty rank,” Youngs said.

“We expected that weather, I don’t know if we expected it that bad, but it was pretty gusty. It was hard to judge because there’s so much swirl.

“The boys stayed in there. We invited pressure because we hit three or four out on the full – Elliot Daly did, George Ford did. Luckily it didn’t affect us too much.

“Often when you play Scotland with the weather like that it doesn’t go your way. It’s nice it went our way this time. It’s really put us in the mix.”