Wales full-back Leigh Halfpenny hopes past experience will help him ‘overcome the challenge’ of a season-ending knee injury.

The Welsh Rugby Union confirmed that Halfpenny would require surgery after suffering a knee ligament problem in Wales’ 68-12 victory over Canada on Saturday.

He is sidelined for Wales’ remaining summer Tests – two Principality Stadium appointments with Argentina – and the WRU added that further assessments would “determine his long-term prognosis and management”.

Halfpenny, who missed the 2015 World Cup with a cruciate ligament injury, was hurt during the opening minutes of his 100th Test match for Wales and the British and Irish Lions.

Writing on Twitter, he said: “Today I received the news I feared that I suffered a knee ligament injury against Canada on Saturday that requires surgery.

“Hard to put into words how I’m feeling right now. 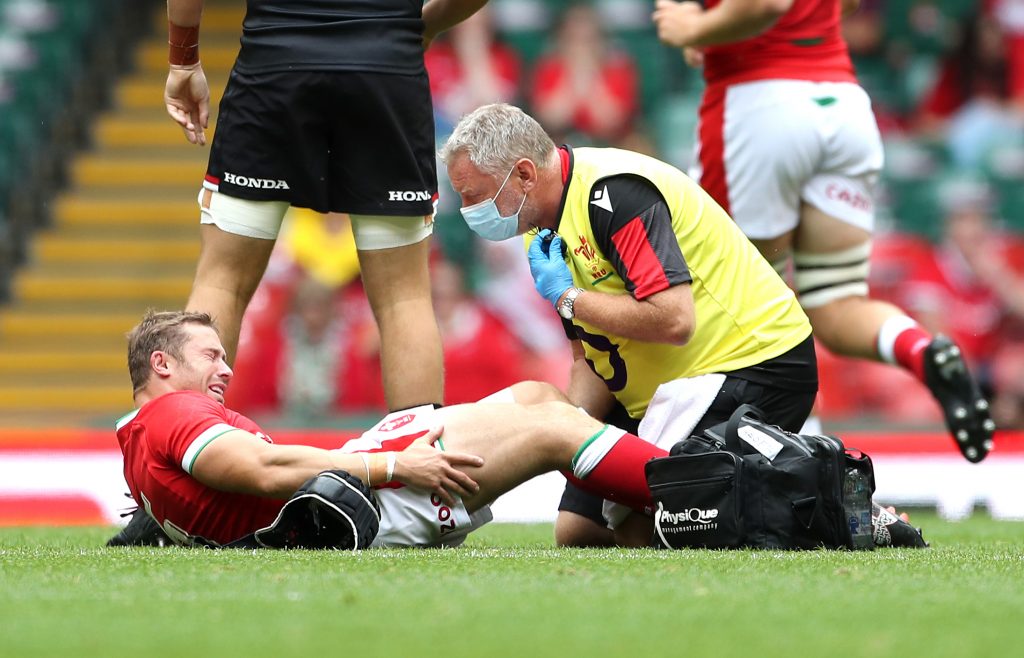 “Tough one to take, especially on such a proud day for myself and my family. Whilst it’s a setback, I look forward to overcoming this challenge and making a return to the game I love as soon as possible.

“I’ve got a lot more I want to achieve and having come back from a similar situation before I’ve every confidence I’ll be back out there.”

“It was a tough one for everyone concerned,” Jones said.

“The guy is a fantastic professional, a class act. The standards he sets in the environment, and how he pushes things forward, he is ambitious to improve all the time.

“It was a special milestone for a guy who has worked incredibly hard and had an amazing career and has still got international rugby ahead of him. To have to leave the pitch so soon was unfair on him.

“One thing about Leigh is he is mentally tough. He will do everything in his control to make sure he recovers and comes back as soon as he can.

“He is a superb professional, he will tick every box from that perspective, and it will be nice to have him back with us as soon as we can.”

He is likely to be in head coach Wayne Pivac’s thoughts for the full-back role against Argentina this weekend, although fellow squad members Hallam Amos, Ioan Lloyd and Owen Lane are also potential candidates.

Wales have won their last four Tests against Argentina, but they are without 10 Lions players and will encounter a buoyant team.

Jones added: “It is a great test. We are playing against a physical side, a side who are off a victory over New Zealand and two drawn games against Australia in Australia, so they will be feeling good about themselves.

“It doesn’t change for us. We are back in the stadium with a crowd, with an excellent group who are desperate to prove their value to the coaching group and are desperate for success, so it’s a great situation for us.”

“Callum is a great ball player when it comes to attacking the line, and Jarrod is the same,” Jones said.

“They are both great attacking threats, and young Ben, who ran out at number 10 (against Canada).

“They’ve got great skill-sets where they can ask questions of defences. That is how we want to play the game, and we are blessed in that position.”