Jonah Lomu's stunning displays of goodwill: 'He exceeded everything you want in a person'

Scotland and Argentina's bad luck Next
Back
Internationals

Jonah Lomu's stunning displays of goodwill: 'He exceeded everything you want in a person'

Previously untold stories of Jonah Lomu’s incredible generosity have emerged from one of the final stops on his rugby journey.

Lomu joined the Cardiff Blues in October 2005, three years after he had won the last of his 73 All Blacks caps, hoping to rediscover some of his old magic after a run of injuries and a serious kidney disorder, which eventually led to his tragic death in 2015.

He played 10 games for the Welsh side, earning £3,000 a week, and drew thousands of fans to Cardiff’s games. While he only scored one try in 10 games before having to leave the club due to an ankle injury in April 2006, Lomu had an enormous influence off the field.

Speaking to Wales Online, several high-profile figures involved with the club at the time recalled how Lomu’s kind nature shone through.

Cardiff’s coach at the time, Dai Young, said the coaches and players at the club were “blown away” by how generous and down to earth Lomu was, considering his worldwide fame.

“We were all blown away by how nice a bloke he was and how humble he was for somebody who was such a superstar in the game,” Young told Wales Online.

“There were no airs and graces to him. The young boys looked up to him and worshipped him, but he was very comfortable in their company. You always saw him in the canteen spending time with them.

“He didn’t talk about the struggles he’d been through, but of course we knew about it.

“We’d all watched it and to see him back playing again was inspiring in itself.” 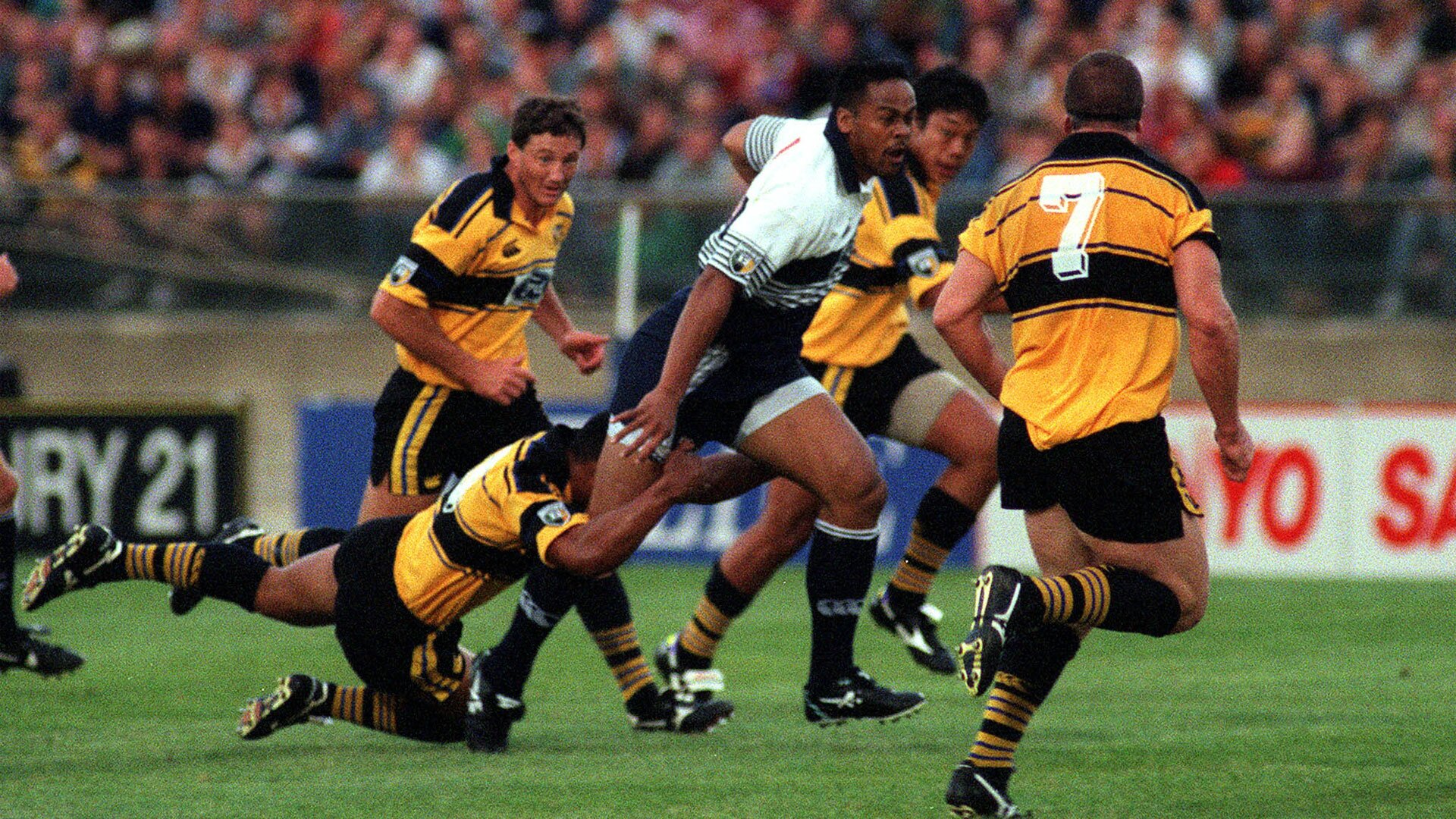 “A lot of the younger guys were on small contracts and a couple of them had boots which had seen better days, so he asked them what their sizes were and sorted them out with new ones.

“When you meet a genuine legend of the game, they sometimes don’t live up to expectations, but he exceeded everything you want in a person.

“I was blown away by his humility, the way he handled himself and what a gentleman he was. He had time for everybody. He was just a real good guy.”

“He had so much time for everybody in the squad. He would just sit down and chat. He was very, very generous with his time, his stories, especially with younger kids.

“When Jonah went back home, he left his massive ghetto blaster beat box for our gym because it was much better than the little hi-fi we had,” recalls Williams.

George Smith is one of the most accomplished players to grace a Wallabies jersey – but running has apparently never been one of his greatest strengths ? #rugby #rugbygram #wallabies #brumbies #wallabiesrugby #toulonrugby #waspsrugby #bristolbears

“He left his TV for one of the academy players and gave his sofa to Lee Thomas, who was a young kid at the time.

“He was just such a likeable guy and so generous. The life he had led was totally different to any other rugby player, in terms of the enormity of who he was, but he was so grounded about it all.”

Lomu’s stint in Cardiff turned out to be his last high-profile stop, playing four games for North Harbour in 2006, and seven games in the French third division in 2009, after an initial retirement in 2007. However, despite only getting on the scoresheet once for Cardiff, Lomu’s legacy was well and truly felt in Wales.

“Every day in training, the players watched the enormous effort he put in, how he conducted himself, his mannerism and general professionalism,” said Welsh legend Gareth Edwards.

“He was a gentle giant, so polite off the field, prepared to talk to anybody.

“Not only was he a great player, he was a great person too.”