END_OF_DOCUMENT_TOKEN_TO_BE_REPLACED

Jake White: 'My gut feeling is he is in trouble'

END_OF_DOCUMENT_TOKEN_TO_BE_REPLACED

James Hook gives his verdict on which Wales players can make the Lions... and he also has special mention for one Scottish import

James Hook isn’t writing off the Lions prospects of Wales veteran Alun Wyn Jones, claiming that the lockdown shutdown of the 2020 season will prove beneficial to the 35-year-old’s chances of not only touring but also challenging for a Test spot.

Jones is two caps shy of equalling Richie McCaw’s all-time record of 149 Test caps (138 Wales/9 Lions) and Hook, who himself won 81 caps for Wales between 2006 and 2015 and toured with the 2009 Lions, believes there is plenty mileage yet in the Welsh skipper.

“100 per cent,” he said during an appearance on All Access, the RugbyPass interview show. “Lockdown for Alun Wyn has been a godsend. He will definitely go on that Lions tour providing he is fit and someone like Al, he could push his way into the Test team but there is obviously (Maro) Itoje and (James) Ryan who are right up there for a starting spot… he’s two caps off the most international capped ever. What an achievement that is! You have a think about that for a second.

Be part of the 2021 Lions Tour of South Africa which is nearly sold out, book your ticket-inclusive packages before its too late with the comfort of our Covid guarantee and be part of the ultimate rugby experience. See our affordable packages below.

Be part of the 2021 Lions Tour of South Africa which is nearly sold out, book your ticket-inclusive packages before its too late with the comfort of our Covid guarantee and be part of the ultimate rugby experience. See our affordable packages below.

“Jonathan Davies, he is one of (Warren) Gatland’s favourites. He played his first game (since November) last weekend against the Ospreys, had 40 minutes and came through alright. He doesn’t need a lot of games. If he can just show that he is right up there with what he was like before he got injured he will probably be starting in the centre with (Manu) Tuilagi.

“The other Welsh boys? I suppose the bolters, there is a probably Louis-Rees Zammit. He hasn’t had a cap yet but he is one who can potentially push his way through. I know you look at Stuart Hogg at 15 and you also have Liam Williams.

“Leigh Halfpenny is playing some really good rugby. He has been criticised over the last couple of years for his attacking ability but he has developed that a little bit and is still one of the best defensive 15s in the world. I don’t think any other 15 on the world could have made a tackle like that (last month versus Toulon). 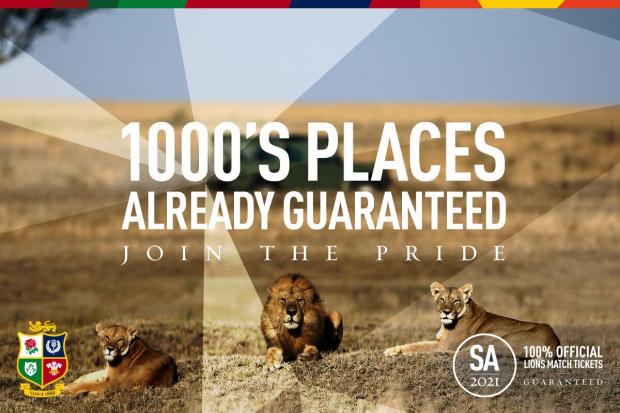 Be part of the 2021 Lions Tour of South Africa which is nearly sold out, book your ticket-inclusive packages before its too late with the comfort of our Covid guarantee and be part of the ultimate rugby experience. See our affordable packages here

“Other bolters? Maybe (Duhan) van der Merwe because he can be capped now (by Scotland). His stats before the end of the PRO14 last season were ridiculous and he is Gatland’s type of winger. He’s big, strong, powerful, can beat big blokes and particularly out in the South Africa you want boys like that who are big and physical and can make big yards. Who knows, it’s months down the line and a lot can change.”

Having retired from playing last season and recently published his book, Chasing a Rugby Dream: Kick Off, 35-year-old Hook has moved into coaching and now is skills and kicking coach at Ospreys this season. Having spent many years himself plying his trade in the PRO14, the former out-half claimed that stronger XVs filled with Test players is the way forward if the league is to attract better attendances once fans are allowed to return to games.

“Whatever structure, what you need is the best players playing for the clubs as much as possible. When I first started playing for the Ospreys the crowds turned up when Ospreys were playing against the Leinsters when they had the Darcys, O’Driscolls, these big internationals playing.

“At the moment, far too often the international boys are not playing. Obviously there is no crowds in the stadiums at the moment but you want the supporters to look at the teamsheet and see the big internationals they have seen during the Six Nations and Autumn internationals coming to local club grounds and playing.

“That is going to bring the fans to the stadium and that revenue which rugby needs. Whichever way the PRO14 is structured, most people want to see those big players playing more that than can now. It is dictated by the unions as well. Take Alun Wyn as an example – they are going to want him for Wales as much as possible.

“He’s probably a bit of an exception because he is an older athlete and needs to be looked after a bit more. But it’s almost a tug of war, Wales want their best players and the clubs want their internationals as much as possible,” continnued Hook.

“Speaking from an Ospreys point of view, we’re not blessed with a ridiculous amount of players like Leinster so when we lose four, five top internationals you notice a bit of a difference. You have a lot of the younger boys coming through, which is great for them getting the opportunity, but you need that experienced head to guide them along.”