Biggar gives Wales a scare Next
Back
Internationals

Pictures have emerged of the aftermath of a motorcycle crash involving ex-All Black wing Zac Guildford.

The New Zealand Herald published the pictures of Guildford’s injuries following the crash which occured while the winger was celebrating his birthday in Phuket, Thailand.

Has anyone had problems with there credit cards in Thailand ? Doing my head in

According to the report, Guildford said the accident occured while he was attempting to use Google Maps while riding as a passenger while someone else was driving.

“I fell off the back of a Harley because I was trying to follow Google Maps with one hand and holding on to my friend with the other hand.

“He just took off a bit fast and I fell off the back and scrapped along the ground. There are a couple of good grazes on my bum. It was pretty sore but it’ll be right in a week.”

Just a couple of weeks earlier the troubled All Black – who has had well-publicised issues with alcohol in his past – took to social media to announce his decision to leave French ProD2 side Nevers, who he signed with last year.

He scored three tries in 10 appearances for the club.

“My time @usonneversrugby has come to an end,” Guildford said on Instagram.

However, on this occasion, there was no apparent off-field incident preceding the decision to leave.

“It’s not the way I wanted things to be but I’d like to thank everyone in Nevers for the support and opportunity especially the president. So grateful for the understanding of the club that I need to be with my family at this time,”

Guildford added: “Before any second hand rumours come out there were no incidents I just have to do this for myself and my family to better my future. Much love to all.” 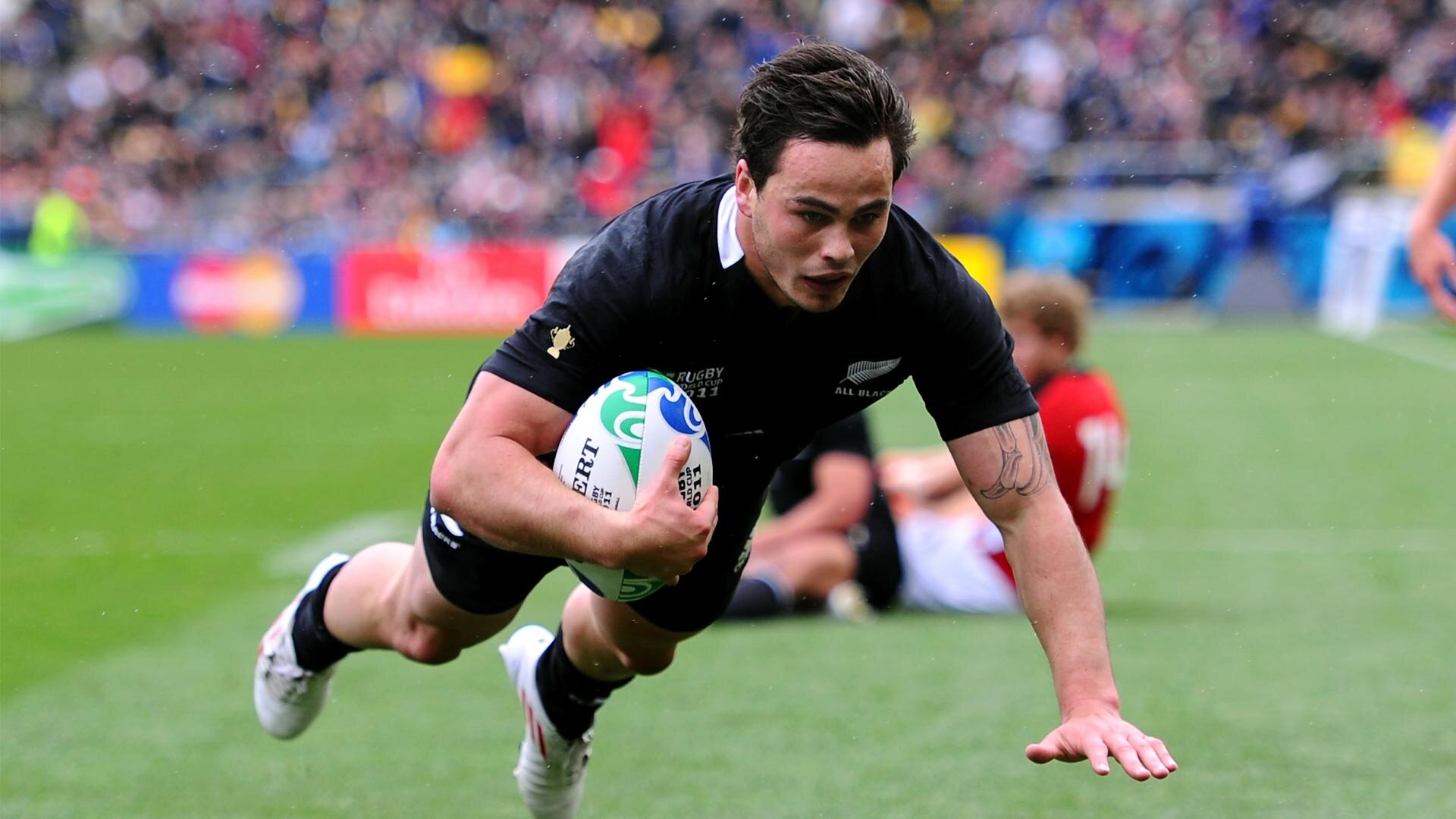 Wing Zac Guildford of the All Blacks dives over the line to score during the 2011 World Cup. (Photo by Stu Forster/Getty Images)

His much-publicised battle with alcohol climaxed with a drunken episode in Rarotonga in 2011 and his addiction problem would ultimately limit what many believe would have been a truly outstanding career in the famous black jersey.

After four years with the Crusaders his contract with the NZRU was terminated in 2014.

“We’re really disappointed that Zac has not be able to achieve his full potential in New Zealand. He is a good man, talented but troubled,” NZRU general manager rugby Neil Sorensen said at the time.

“Zac has struggled to continue to meet the commitments he made to himself to keep on top of his personal issues. Ultimately those issues are private to Zac but all parties agree that cutting ties now is the sensible decision.”

After stints with the Waratahs and Clermont, he returned to rugby with Waikato, but was unable to lock down a Super Rugby place this season, with many questioning whether or not his off-field difficulties would continue to return to plague him.

Guildford remarked in October of last year after it emerged he would not get a Super Rugby contract that: “I feel like coaches and the NZRU are still looking at the old Zac Guildford but I’ve made a lot of changes and become a better person since I left the Waratahs 18 months ago.”

Guildford was the youngest player to play with the Hurricanes in Super Rugby (at age 18), was an U20 world champion with the “Baby Blacks” in 2008 and 2009, he was then selected for the first time with the All Blacks in 2009 at the age of just 20.

Guildford’s father Robert died within minutes of the final whistle being blown in the Baby Black’s victorious U20s World Championship final in 2009, aged just 44. Guildford has publically attributed his troubles with addiction to his father’s untimely death.