In what was a game that will be remembered as much for the refereeing decisions as it will for the rugby that was played, England succumbed to their second defeat of the 2021 Guinness Six Nations, as they fell to a 40-24 loss to Wales in Cardiff.

Despite the disparity on the scoreboard, there were plenty of encouraging displays from the English players, although the old theme of indiscipline costing them in crunch games came back to haunt them. In attack, England really flashed signs of life after some struggles of late.

Nevertheless, significant errors in key moments cost England and that is reflected in the players ratings below.

1. Mako Vunipola – 6
The loosehead hit the ground running with a couple of strong carries and held his own at the scrum. He erred on the wrong side of the referee’s whistle away from the set-piece, though.

2. Jamie George – 5
One of George’s quieter performances in an England jersey and although only one of his lineouts was lost, the English set-piece did not seem as fluid and clinical as it has shown itself to be in recent years.

3. Kyle Sinckler – 7
In addition to anchoring the English scrum, Sinckler impressed in defence with his line speed and the physicality of his tackling, even in space against more agile ball-carriers. He was also on hand to snaffle loose balls on the floor and his excellent ball placement set up Anthony Watson’s first half try.

4. Maro Itoje – 5
It’s a game of fine margins and Itoje was inches away from a number of very impressive defensive plays, although he got on the wrong side of the referee early and earned himself four first half penalties. HIs contributions outside of that were effective, though it’s hard not to say the infringements blotted his copybook. 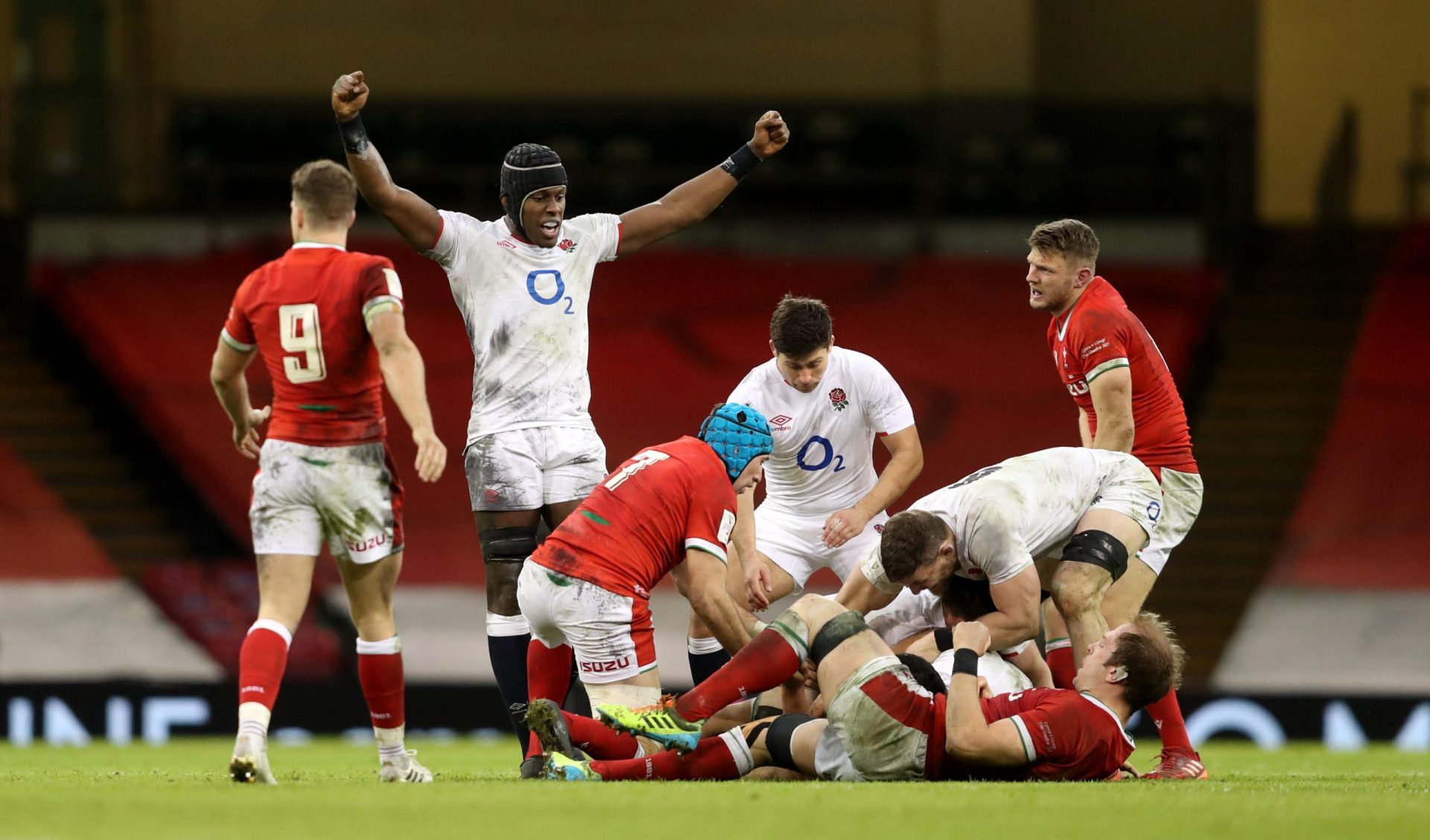 5. Jonny Hill – 5
Hill started the game strongly with his work at the lineout and exerting his physicality in defence, though his second half penalty cost England a try.

6. Mark Wilson – 6
Wilson ticked the boxes in defence and at the breakdown in attack, helping give England’s quick and secure ball.

7. Tom Curry – 7
A typically hard-working defensive performance from Curry, who was regularly part of the two-man tackles which denied Wales front-foot ball in the middle of the pitch. That said, even Curry wasn’t immune from England’s discipline issues.

8. Billy Vunipola – 8
After labelling his own performances as “rubbish” in recent weeks, Vunipola turned in a much better game with ball in hand in Cardiff. His carrying was strong and he was regularly coming on to the ball at speed, consistently giving England front-foot ball and/or drawing in multiple Welsh defenders to stop him.

9. Ben Youngs – 6
There were a couple of moments when Youngs’ passes did not quite their mark but the scrum-half was on the money for the vast majority and showed in the second half that he still has the ability as a threat around the fringes to keep defences honest and on their toes.

10. George Ford – 6
Ford’s silky handling and measured passing was a key contribution to one of England’s more impressive attacking phase play performances in the last year. He dove-tailed nicely with Owen Farrell and the combination prospered when they were delivered quick ball by the English pack.

11. Jonny May – 6
As ever, May chased kicks effectively and energetically, although opportunities for him to get his hands on the ball in space were few and far between. He dealt well with the contested aerial bombs, too. 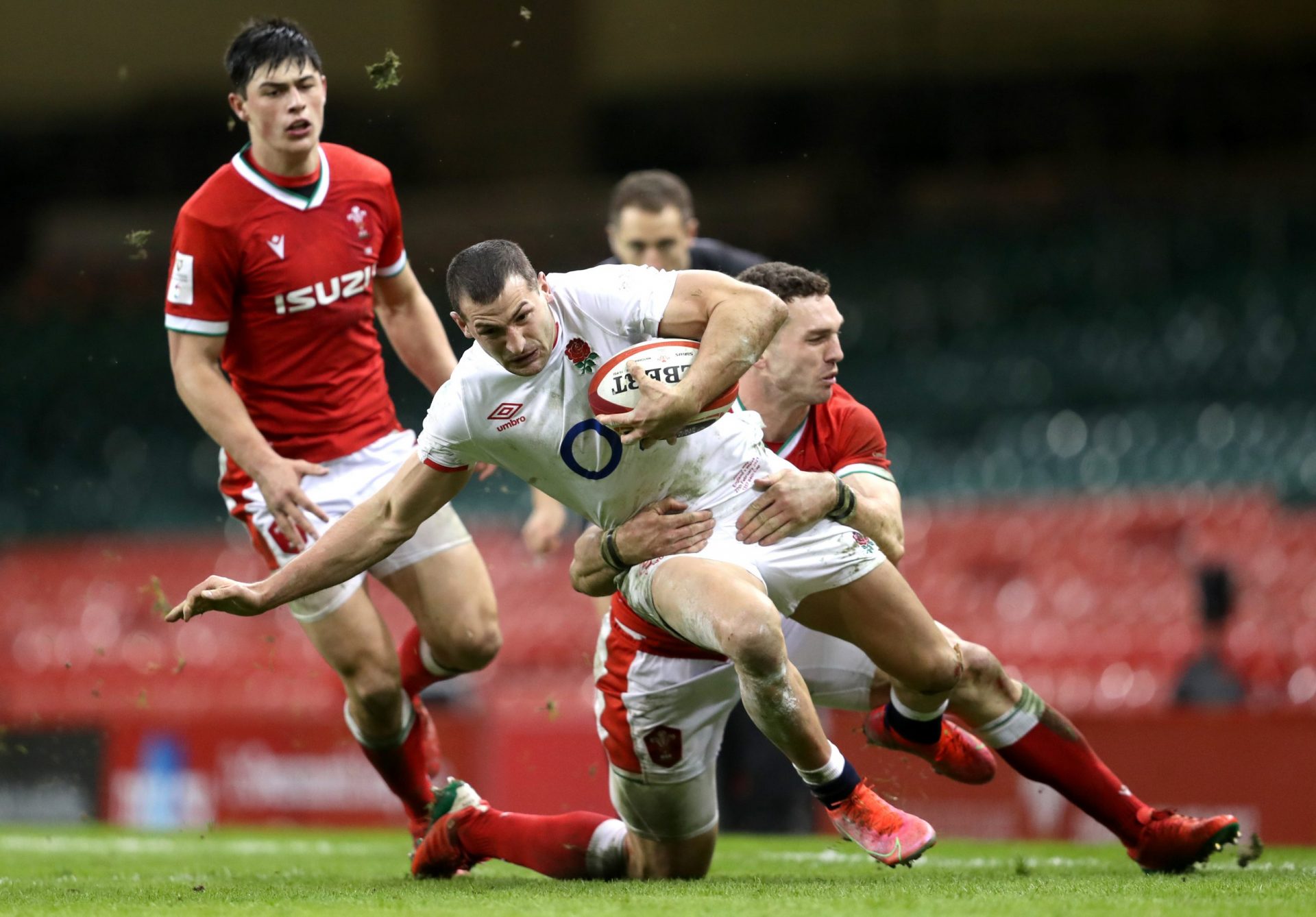 12. Owen Farrell – 7
Although focus will fall on Farrell’s responses to the refereeing decisions in the first half, his performance around that was very impressive. As mentioned earlier, he combined well with Ford and he offered an effective carrying option outside of the playmaker. He was also clinical in defence and added 14 points to England’s total.

13. Henry Slade – 6
A solid outing from Slade who didn’t do anything wrong in the moments he was involved in the game, both offensively and defensively. That said, it still feels like at times that England don’t know how to get the best out of Slade’s skill set.

14. Anthony Watson – 7
Watson continued his impressive Six Nations on Saturday. He looked for work off of his wing, showcased his acceleration, footwork and power in attack, and was solid defensively and in the aerial battles.

15. Elliot Daly – 5
The full-back had a couple of good aerial takes under pressure from Wales, although his work on the counter-attack, specifically how early he would attempt to step the defence, looked like a man a little short of confidence. A spill in the back line also cost England a possible try late in the first half, too, and was one of four turnovers conceded.

16. Luke Cowan-Dickie – 6
A missed tackle aside, Cowan-Dickie added some much needed oomph in attack and connected on his sole lineout.

17. Ellis Genge – 5
The loosehead provided some nice momentum with a couple of dominant tackles, although he also contributed to England’s discipline issues with a late penalty.

19. Charlie Ewels – 5
An unnecessary penalty at a lineout deep in Wales’ territory robbed England of momentum and a chance to pressure their opponents.

21. Ben Earl – 6
Earl offered a nice handling and distribution option in the England back row after his arrival, although his opportunities to impact the game were limited.

22. Dan Robson – 4
Even Robson wasn’t immune from England’s indiscipline and a penalty for changing his lane allowed Wales to kick at goal and make it a two-score game with less than 10 minutes left to play, as well as throwing an intercept pass when England were approaching the Welsh try line.