Lions vs Stormers LIVE Next
Back
Gallagher Premiership

Harlequins No.8 Alex Dombrandt admits he nearly quit rugby after two separate assaults broke his jaw while playing in Wales.

Dombrandt was playing for Cardiff Metropolitan University when the on-field attacks happened, and it made him question his future in the game.

Dombrandt’s continued exclusion from Eddie Jones’ England designs has been a major talking point in English rugby circles. He has been outstanding for Harlequins since breaking into the scene last season.

However, the 6’4, 118kg backrow told the Will Kelleher of the Mail Online that he nearly quit the game before his professional career even started.

WATCH: Jim Hamilton discusses the affects Shaun Edwards will have on the French team’s hope at future success.

“I was twice punched in the back of the head when not expecting it against the same opposition.

“Both times I broke my jaw. I needed surgery, was out for 10 weeks each and couldn’t eat solid food for five.

“I still have four metal plates in my face. The second one did hit me hard. There were complications after my surgery and it was frustrating.

Exclusive interview: Alex Dombrandt – the most in-form No 8 in #England – talks to @MailSport about his #SixNations snub, Tom Curry playing 8, cricket, his brief England experience las summer (including a solo Nando’s), assaults in #Wales and #Harlequins https://t.co/1HCX3u84su

“It makes you think ‘is it worth it?’ It’s one of the most excruciating things you can ever go through.

“Welsh rugby is a different conversation. You get a minority who think it’s acceptable to take the law into their own hands.”

Both incidents came against the same team, Glynneath.

“When you’re a uni team against men’s teams they often came knowing they couldn’t beat us by playing rugby, so tried to beat you up.”

Both assaults on Dombrandt came before the courts in Wales, with one resulting in a conviction and a jail sentence for the perpetrator.

He has however clearly moved on to bigger and better things. Earlier this month the big No.8 was named Gallagher Premiership Rugby Player of the Month for January.

Dombrandt’s performances in January were praised by Ugo Monye, the former England and Lions wing who is now a BT Sport pundit.

“Alex has been simply outstanding,” said Monye. “There was always the potential of second season syndrome but that certainly hasn’t affected him. 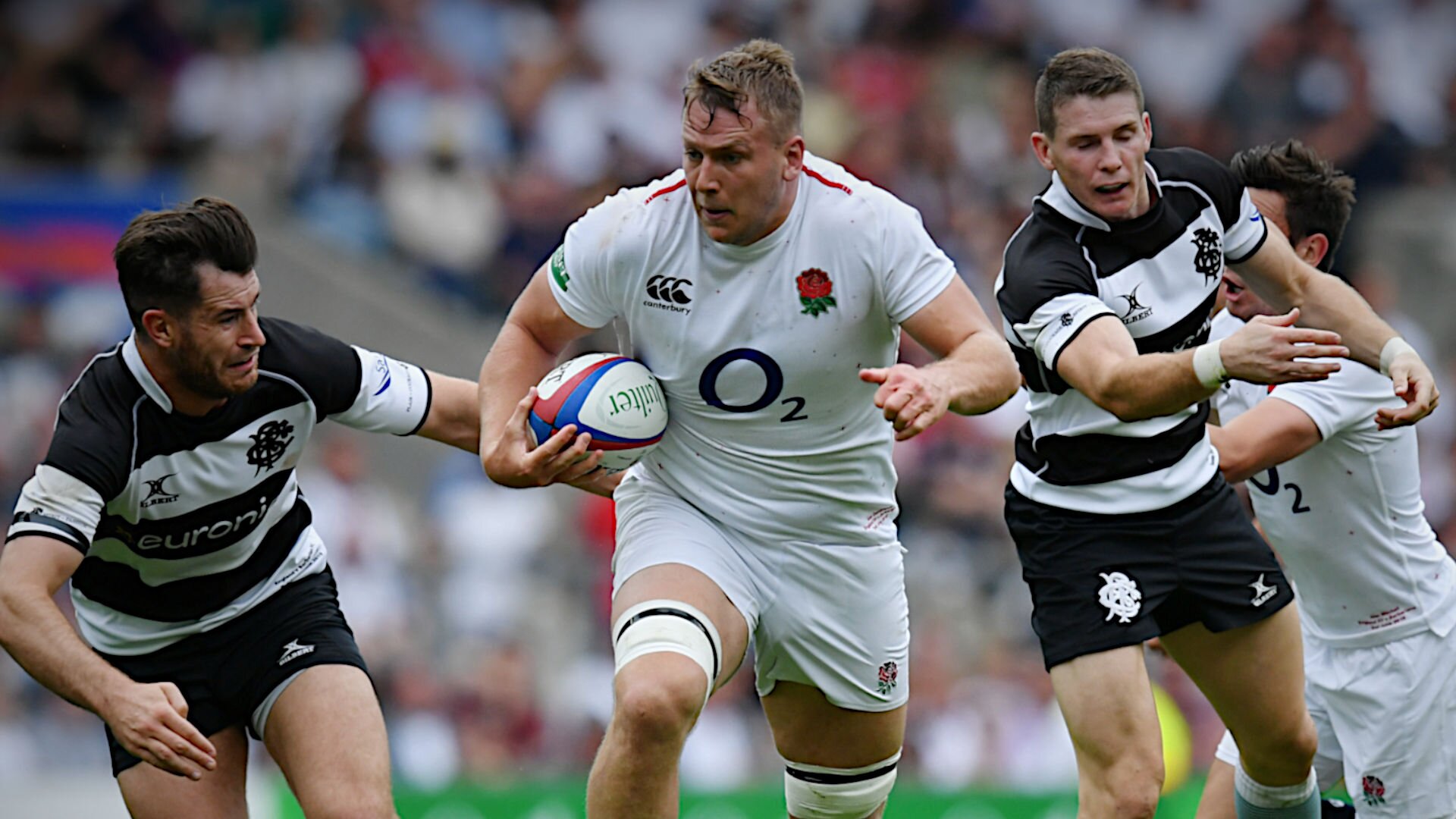 “He is such a threat with ball in hand, so physical and direct but he’s coupled that with a real intellect.

“The lad has gone from playing university rugby just over a year ago to now having the English media calling for him to be in the Six Nations squad. That’s the rise that he has made and that should be an inspiration to everyone else playing lower league rugby.

Dombrandt showcased his talents by setting up Danny Care for the opening try of Harlequins' win over Saracens on Sunday.https://t.co/PpciyHJWyW

“He has really paved the way and shown that with really good coaching, loads of hard work and opportunities, you can achieve the heights that he is currently setting.”

While in Cardiff he represented Wales at U20 level.  Following his first season at Harlequins, and his first professional season in elite rugby, Dombrandt received a host of accolades including being named both the adidas Supporters’ Player of the Season (voted for by Harlequins supporters) and the Players’ Player of the Season (voted for by the squad). He was also named in the BT Sport Team of the Year.