Chris Ashton's most feared winger Next
Back
Internationals

New Fiji assistant Daryl Gibson will always cherish the people of Glasgow, the tsunami of love and support he felt across Scotland’s largest city when his family were in the throes of the gravest trauma. In 2007, the All Black centre was a serious capture for the Warriors at that time when the club consistently inhabited the lower reaches of the old Celtic League.

His wife, Liana, fell pregnant with triplets later that year. It was joyous news for the couple who had struggled to conceive, but delivering three babies can present a host of complications. When Indy, Finley and Oscar arrived eight weeks premature, Liana underwent an emergency caesarean section and doctors feared she and the triplets may not survive the procedure.

“My wife had about 16 litres of blood transfusions,” Gibson told RugbyPass. “I remember Al Kellock, the Glasgow captain, saying to me, ‘On the bright side, Daryl, your wife is Scottish now because she’s got so much Scottish blood running through her’. We’re really fortunate that we were in Glasgow, we got incredible care.”

Former All Blacks back row Jerome Kaino guests on All Access, the RugbyPass interview show

If that heinous ordeal was not terrifying enough, the Gibsons were soon back in intensive care, their triplets suffering from a potentially deadly respiratory virus. “We befriended a Scottish grandmother who has passed on now but decided she would just move in with us and did nights for us,” said Gibson.

“It was incredible, the kindness and generosity of the Scottish people. I’m looking forward to getting back there and the support that we received from neighbours and everyone on the team was fantastic. My children very proudly say where they are from, and we are still very thankful to this day.” 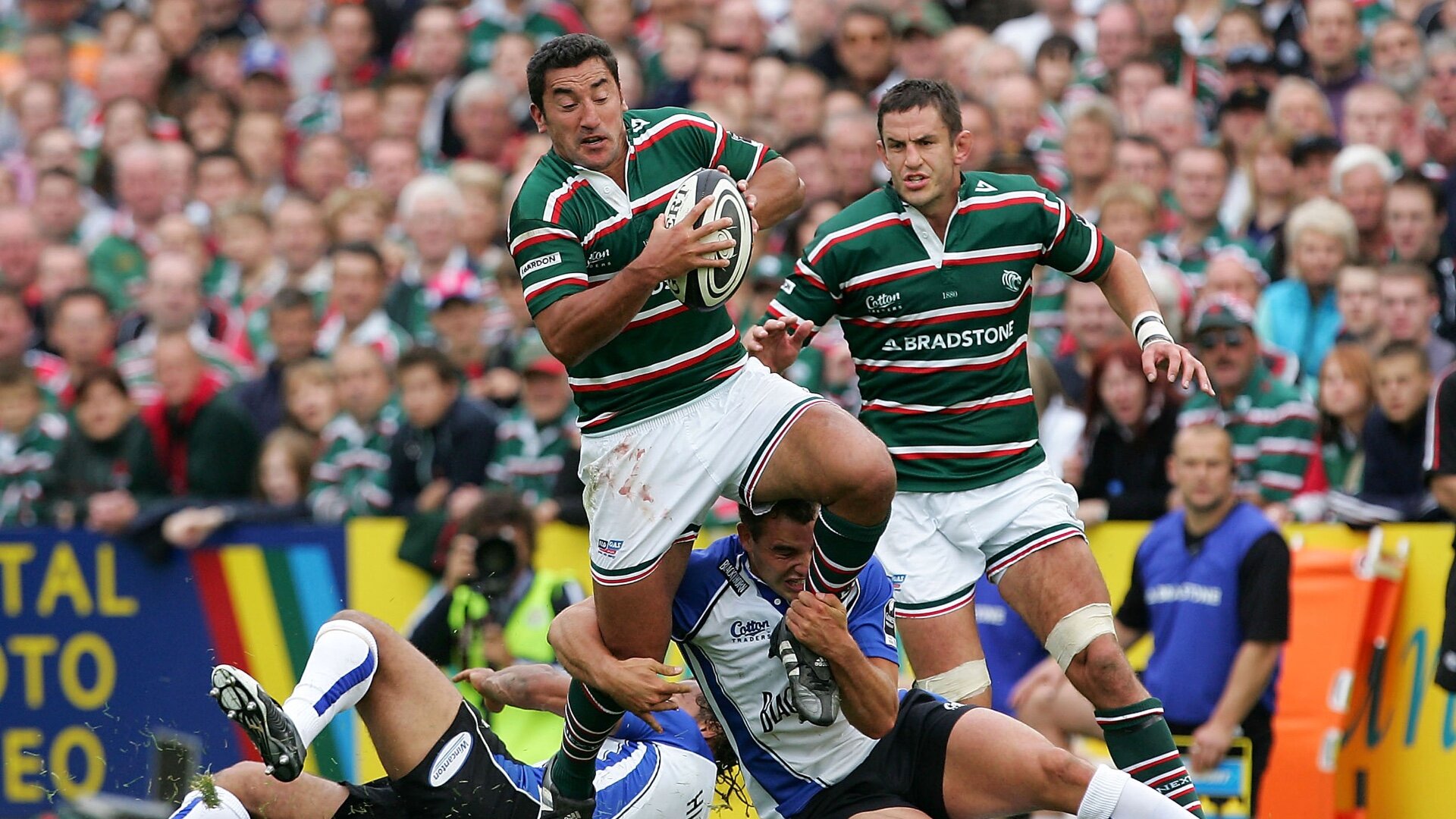 Twelve years after leaving, Gibson will return to Scotland this autumn as the backs specialist among Vern Cotter’s riveting new Fiji coaching team. Their Autumn Nations Cup Test at Murrayfield will be a homecoming of sorts for Cotter, the former Scotland supremo, but it will also be a moment of great poignancy for Gibson.

This is his first job since leaving the Waratahs last year after a seven-season odyssey at the Australian franchise, first as an assistant to Michael Cheika, then four campaigns in the top job. Those experiences hardened Gibson and taught him valuable lessons.

He had to operate at the heart of a code in crisis in the ferociously competitive Australian sports market. Then the thermonuclear bomb of Israel Folau’s social media posts detonated in his lap. Gibson had to manage his colossally important player while also dealing with teammates who might have been deeply disgusted by the full-back’s remarks about homosexuality.

“We were very transparent right from the start regarding Israel, really respectful of his position but also really open with the players around what was happening,” said Gibson. “It’s a fine dynamic to be in because you have got a bloke who from a playing perspective was incredibly important to our team. He was the No1 try-scorer in Super Rugby, he scored a try a game for us, and that ended up being the difference. 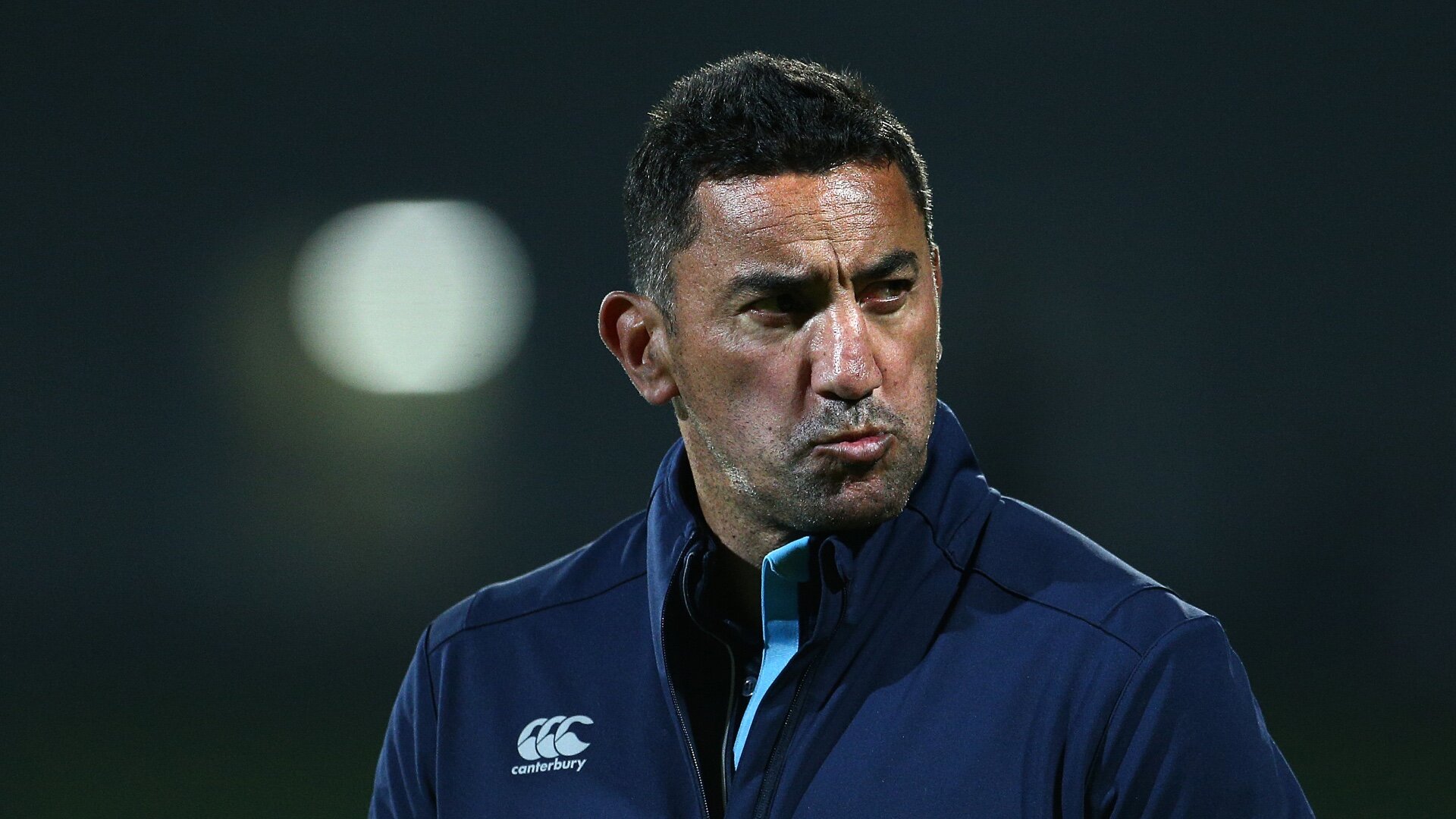 “But all the other things regarding the team, what it is to be a team, what we all sign up for at the start of the season – the important thing was that we respected that as well.  I was really proud of the players during that period. We have seen many teams in similar positions that fall apart and we went the other way. We galvanised the team, we drastically changed the way we played, and I was probably proudest of that year even though results, in the end, didn’t bear that out. I was more proud of the team and what they did as men than the results.”

Alongside Gibson, Cotter has hired Jason Ryan from the Crusaders as forwards coach, the renowned Scotsman Richie Gray as a breakdown specialist and intriguingly brought in Glen Jackson, the former fly-half and recently retired referee, to add particular technical insights.

Flying Fijians head coach Mr.Vern Cotter's take on our new technical coaches, explaining the levels of expertise these coaches have in their respective technical areas pic.twitter.com/FtMgQNYlZS

It’s an exhilarating opportunity for these men to shape some of the game’s most outrageously brilliant athletes and turn them into a consistently deadly force. In Semi Radradra, Gibson will be coaching arguably the finest player in world rugby. He can lay hands too on Josua Tuisova, Leone Nakarawa, Viliame Mata, Peceli Yato and Josh Matavesi.

It would be madness to veer too far from the tapestry of chaos that symbolises Fijian rugby but with this level of coaching expertise, there is a golden chance to address flaws and make the team harder to beat. “Fijians naturally play a really unique way and it’s harnessing those strengths and shaping that into something that is combined with smashing some limits around the effort stuff, how we chase kicks, how we get up off the ground,” said Gibson.

“It’s all the unseen stuff which is the norm for tier one nations but as an aspiring nation, that is the level you have got to get to in those areas with how fast the game is played. It’s about putting in a really simple framework that is going to exploit their skills.

“Vern has been very open to ideas around playing the game and playing it in a uniquely Fijian way and with an identity that you can see. We are not going to turn Fiji into a ten-man team that kicks the leather off the ball and scrums and lineouts teams.

“But we are realistic in knowing that in the northern hemisphere those things are incredibly important, and if you can’t defend a scrum or maul or catch a high ball, you’re going to be in trouble and you’re going to come second. There is a number of players back in the islands which we’ll be bringing that you haven’t seen and part of our brief is to really nurture that talent and start really bringing it through.

“There is incredible back three resource – it seems like every team has a Fijian winger that can score tries and do magical things. We have got to find props and locks and all that other stuff that will stop other teams scoring on us and start valuing parts of the game that we know teams will attack us with.”

What, then, does success look like? “Consistently beating tier one nations,” replied Gibson. “That would be the obvious short-term goal. Performance at the World Cup in France is a long-term project, but Vern has extensive experience in France, a lot of our players play in France, so there is plenty already in our favour. The present is getting to know the players, getting to understand their strengths and weaknesses and the style of play that is going to suit them.”

That in itself will be fiendishly difficult in the Covid-savaged world. Cotter and his coaches cannot meet their players in person, nor travel to Fiji to assess the performance set-up, immerse themselves in the culture, and seek out the lavish undiscovered talent across the archipelago.

They will only convene their squad in late October at a prospective training camp somewhere in France. The time to convey new ideas and mould a team is brutally short. “The good thing is that the bulk of our players will come from Europe,” said Gibson.

“Because of our schedule, Vern’s preference is to be based in France but things shift daily around what is going on. We’re flying up to France on October 24 and Vern is trying to get us a warm-up game so we’re not too cold for that first Test.”

A battle-hardened Fiji, with this deep well of coaching resources, is an awesome proposition.