74 votes
VOTE NOW
Thanks
Sorry there has been an error

Leone Nakarawa is a Fijian lock who has won an Olympic gold medal. A giant of Fijian rugby, he’s known for his offloading skills and his athleticism in open play.

Born 2 April 1988, Leone Nakarawa began his professional rugby-playing career in Scotland, where he represented the Glasgow Warriors. Here, his talent for the game shone and he was named as Glasgow’s man of the match in the side’s 2015 Pro12 Grand Final victory over Munster.

However, after the 2015 edition of the Rugby World Cup, Leone Nakarawa left the Glasgow Warriors and signed for Racing 92 in France. Although he was named in the Pro14 Dream Team at the end of his first season with the club, he soon fell out of favour with the side and his contract was terminated in December 2019.

As a result, Leone Nakarawa left France and returned to Glasgow Warriors, where he stayed until 2021. In total, he represented the Glasgow Warriors in 80 games between 2013 and 2021.

Following his stint in Scotland, Leone Nakarawa signed for Ulster for the 2021-22 season. However, he ultimately failed a medical with the side and the contract offer was terminated. As a result, he signed for Toulon in June 2021.

Although he has enjoyed a distinguished domestic career, Leone Nakarawa is arguably best known for his appearances for Fiji. He’s been capped more than 60 times by his country and he’s won the Pacific Nations Cup on four occasions. In addition, he was also named in the 2015 Rugby World Cup dream team.

On top of this, Leone Nakarawa has also represented Fiji at Rugby Sevens. During his time with the Sevens side, he won a gold medal at the 2016 Summer Olympics. This was Fiji's first ever Olympic medal in any sport.

With several seasons of top flight rugby ahead of him, we can’t wait to see what else Leone Nakarawa can achieve in the game. 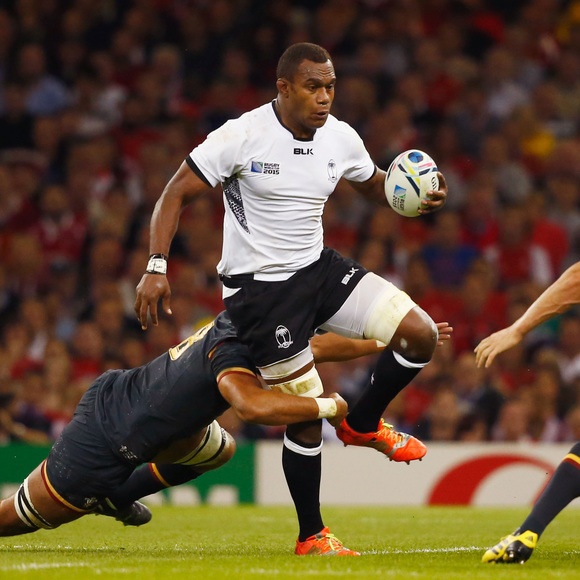 Fiji second row Leone Nakawara is heading towards the exit at Toulon - according to reports from France.

The Fijian, who has since rejoined his former club Glasgow, fell foul of the Parisians following his late return from the World Cup in Japan.

Nakarawa helps Glasgow to rout over Sharks but will it make a difference for the season?

Fiji
vs
All Teams