Highlanders, Chiefs draw in stunner Next
Back
TOP 14

After signing for Major League Rugby outfit Rugby United New York earlier this week, there is a particular showdown that is being anticipated for Mathieu Bastareaud.

The Frenchman and Toulon star will move to the United States for six months after the World Cup later this year, and his teammate Liam Messam has sent a message to a former powerhouse of the French giants Samu Manoa, who is also joining the league next year.

The 34-year-old USA international Manoa is set to join the Seattle Seawolves, and Messam has sent him a message on Instagram.

The former All Blacks loose forward has shared a video of Bastareaud boxing at training, alongside the caption “He’s coming for ya”, with another caption “New York vs Seattle”. 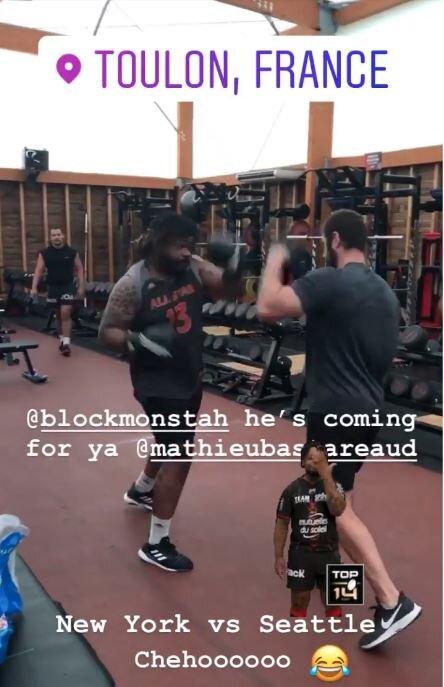 Manoa responded to these taunts by Messam, saying “He ain’t ready”, as many will be anticipating their showdown in 2020. During his time with Northampton Saints and Toulon, Manoa, who can play as a lock or back row, established himself as one of the hardest hitters and most brutal defenders in the game.

Bastareaud is a player that needs no introduction, as he is known as one of the most sizeable backs in world rugby. If the 54-cap 19 stone France centre was hoping for a relaxing sabbatical in the USA, he will have to think again, as he will know all too well what Manoa is capable of.