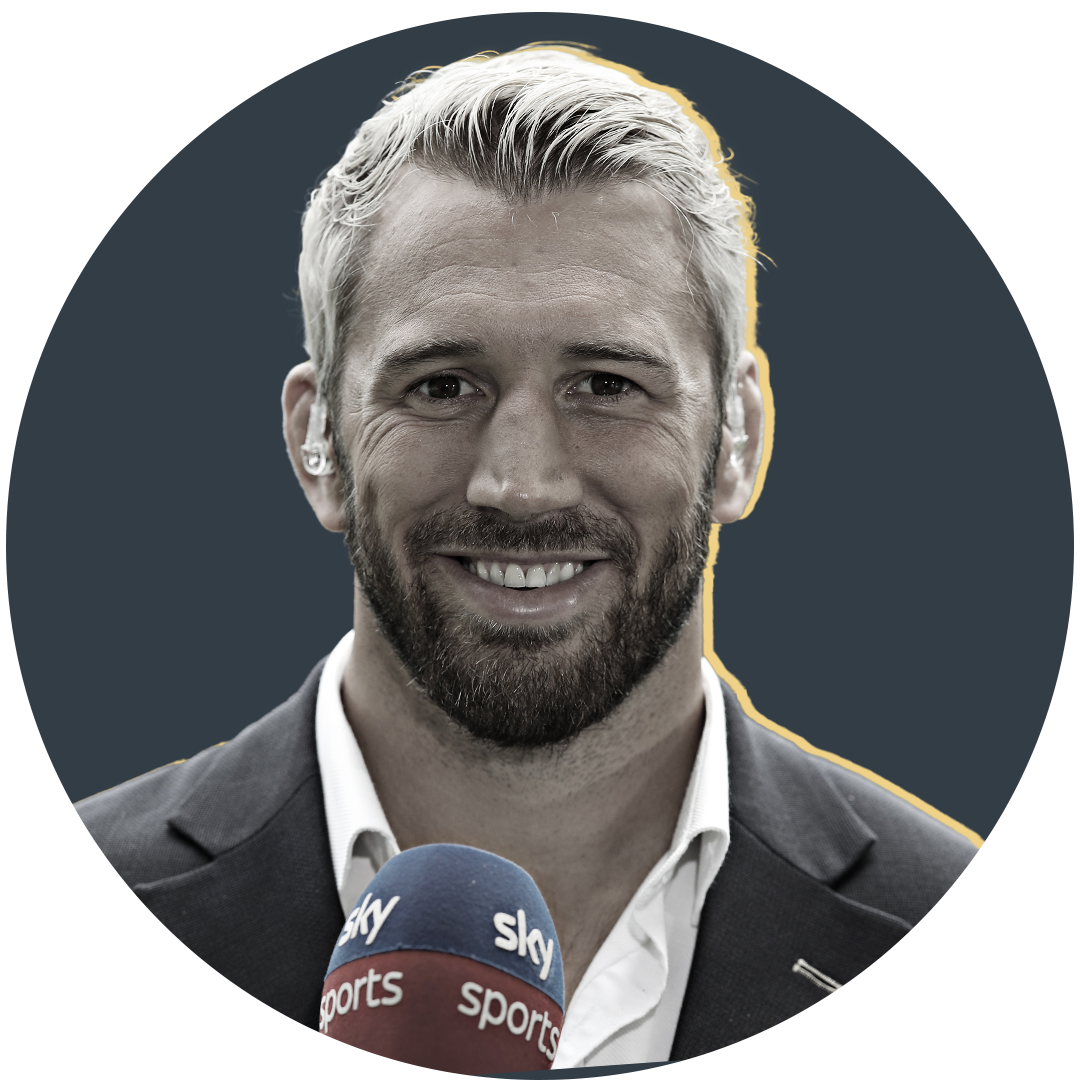 I’m on my early-morning drive to Harlequins training and the phone rings. It’s Wig (Graham Rowntree). My mind is racing. I’m thinking, ‘This is not a good sign’.

You see, I’d always got on with Wig. I trusted him. He was my England forwards coach, so I waited at the other end of the line with bated breath. He said quietly: “Unfortunately Robbo, it’s not good news. You’re not going on the tour. I wanted you to know, so you could brace yourself before the news goes public.”

My heart dropped. It was not the news I wanted to hear but looking back, eight years on, he told me as a mate and that is something I will always respect.

For the rest of the morning, everyone I bumped in to was wishing me luck for the Lions squad announcement. I’m smiling through gritted teeth, thinking, ‘Not this time’.

I didn’t discuss it with anyone, I just put on a brave face.

I’ll make no bones about it; the Lions is the pinnacle. Always has been, always will be.

When the announcement came, only 12 months on from us winning the Premiership, none of the Quins players got picked. Myself, DC (Danny Care), Browny (Mike Brown). It was not a good day at the office.

That’s the thing with the Lions, it’s either elation or despondency, nothing in between. I remember 2009, and the excitement when Ugo (Monye) got picked. We were all at the club cheering, but you immediately think of someone like Nick Easter, who didn’t get the call. It’s just a bittersweet moment for players you’ve sweated blood and tears with. I’ll make no bones about it; the Lions is the pinnacle. Always has been, always will be.

It’s funny, in 2013, England were going well. We headed down to Cardiff on for a potential Grand Slam but lost heavily to Wales and Warren Gatland came out and said, ‘Things can change now’. And they did.

It’s a cliché, but everyone playing Six Nations rugby pre-Lions tour is thinking about it. As players, publicly we’ll say we’re not, but we are.

The media build-up is massive. You start getting talked up in the papers and you wouldn’t be human to not think, ‘Maybe I have a chance’.

It doesn’t help that every player in the Six Nations does Lions head shots. You’re given kit samples. I mean, you know you haven’t made the squad but it really feels like it’s within your grasp.

During Tests, seconds before kick-off, at the back of your mind you’re eyeing up potential rivals, like Sam Warburton or Sean O’Brien, knowing you have to turn up, to stay in the mix. It can play on your mind.

I remember going up to Worcester to support Quins in the LV Final. I was there in body but not in mind. At one gym session, I packed up and left, which wasn’t like me. I told Conor (O’Shea) I was done. I needed to get away.

Robshaw on a tumultuous end to the 2013 season

After that loss in Cardiff, it was just the disappointment of losing out on a Grand Slam but, in the days after that, nagging doubts start to force their way into the back of your mind, ‘That could be me out of the reckoning for the Lions’.

Sadly, things started to snowball. We lost to a Paul O’Connell-inspired Munster in the Heineken Cup and then lost a Premiership semi-final against Leicester. Bad news comes in threes, so not getting the Lions call finished me off.

Days later, I remember going up to Worcester to support Quins in the LV Final. They beat Sale but I was hurting. I was there in body but not in mind. At one gym session, I packed up and left, which wasn’t like me. I told Conor (O’Shea) I was done. I needed to get away.

With not being picked, Stuart (Lancaster) said he’d take a development tour to Argentina and that myself, Dylan (Hartley), DC and Browny and some of the more experienced guys could have a rest.

Finally, I had a bit of luck. Someone got in touch and asked me to go to the British Virgin Islands to do a bit of coaching, run a few sessions, speak to a few kids. It was just what I needed, the chance to put my feet up on the beach and get away from it. Randomly, Ronan O’Gara was actually out there doing something similar. I’d never spoken to him before but he was fascinating. I’d played against ROG quite a few times and given he’s such a competitor on the field, I was probably a little apprehensive about what he’d be like, but he was brilliant to listen and talk to; charming, charismatic and friendly. I’d grown up watching him and was like a fan listening to him talk. He said to get prepared for next season and not to get hung up on things. Pretty sound advice.

It did stiffen my resolve for 2017, but again England missed out on the chance to win the Grand Slam in Dublin, and I had to watch from afar because I’d torn an ACL in my shoulder. That vital shop window to put yourself up for selection had gone.

I was older and wiser before the New Zealand tour, so maybe more pragmatic about not getting the call-up. Like 2009 and 2013, we listened to it together as a squad and Joe (Marler) and Sincks (Kyle Sinckler) got called up, which I was thrilled about.

Tom Curry is one of the best opensides in world rugby. He was always abrasive but his all-round game has matured. He’s smart in attack, takes lineout ball, knocks players back in the tackle, and gets turnovers.

That summer, I did tour with England. Eddie (Jones) took us to Argentina where I was part of a leadership group with Dylan, Fordy (George Ford) and Danny and Jonny May. Eddie said: “You boys set the standards, show the youngsters what England are about, the intensity we train at, make the right impression and get the Lions disappointment out of your system.” We managed to get a very enjoyable 2-0 series win.

This time round, I’d love to see Danny Care picked, he’s playing brilliantly, but it’s an outside shot. I think Joe will go. He’s tough, abrasive and the best defensive loosehead we have at our disposal. In the back row, Hamish Watson is a fabulous player and I think he’ll tour. A word too for Tom Curry. He should be nailed on. He’s one of the best opensides in world rugby. He was always abrasive but his all-round game has matured. He’s smart in attack, takes lineout ball, knocks players back in the tackle, gets turnovers. He’s also had experience of playing out to South Africa after the 2018 tour, which counts.

Ultimately, it will be up to Warren and how he wants to play. Will he think, ‘On hard tracks, we need to move them round’ or ‘Do we just have to match them physically’.

I don’t know Gats personally. I’ve met him after games and he’s been pleasant but no more than that. His record speaks for itself, however. Wherever he has gone he has been successful. The top guys, like him and Eddie, aren’t afraid to take the big decisions. Look at him dropping Brian O’Driscoll. Every man and his dog had an opinion on that selection choice but he stuck to it and was successful.

I’ll be listening in from San Diego on Thursday. I know there will be some disappointed players and my heart goes out to them. The way I see it is a coach looks at a squad like he does a jigsaw and I guess my piece didn’t quite fit at the time.

Even now, as a rugby fan, I love it and I’m so glad it’s going ahead. I’m friendly with the Lions chairman Jason Leonard and he said that the danger of it not happening now is there could be an eight-year gap between tours. If that happens, you risk losing a bit of magic and none of us want that to happen. It’s a mythical beast that gives every rugby fan a twinkle in the eye. It should be protected at all costs.