RUGBYPASS+ Survival of the fittest 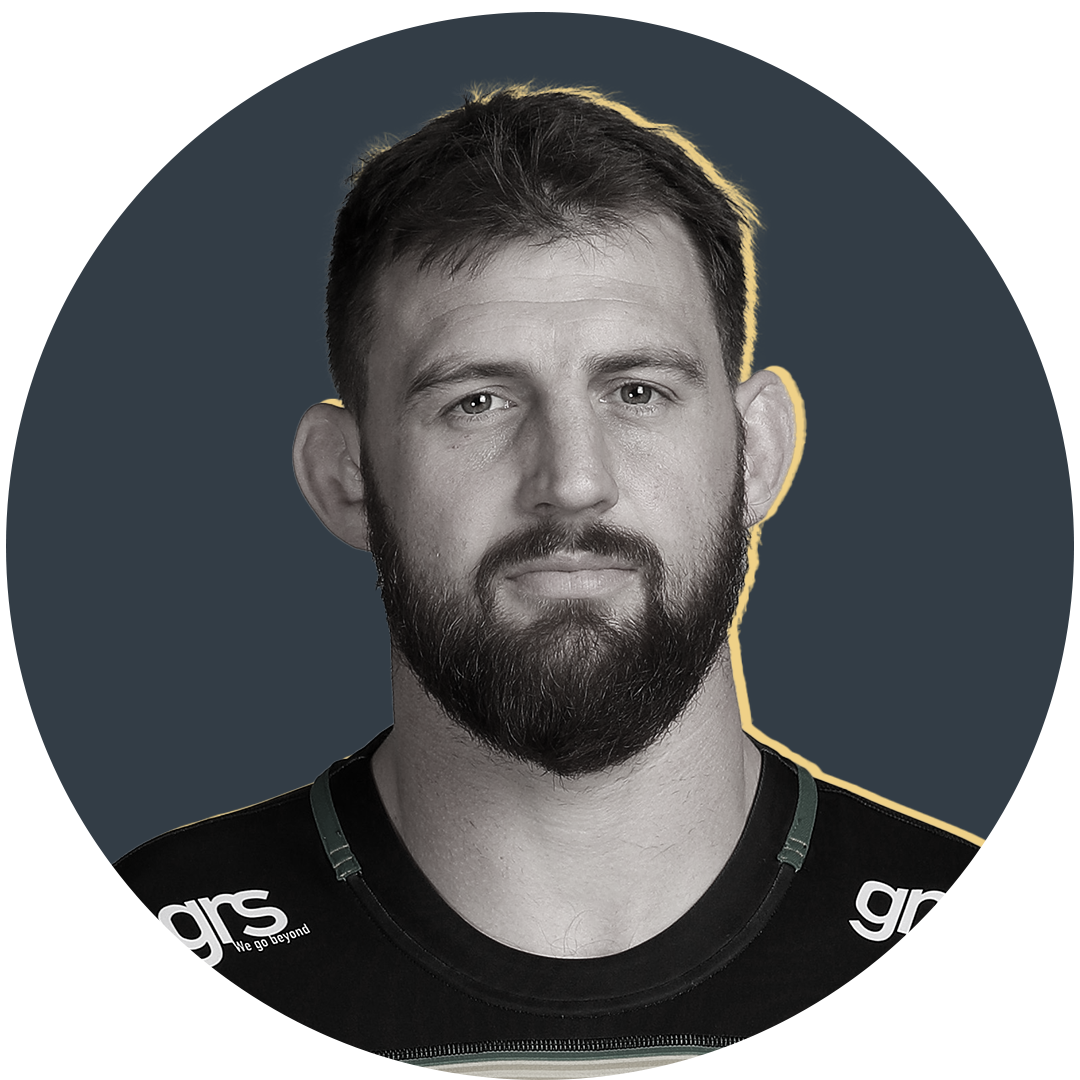 When talking about player selection, you’ll find the broadest spectrum comes in the back row. You can get a ‘nugget’ over the ball who just cares about the breakdown, your chop-tacklers, big hitters, lightning-quick guys, diesel-engine workhorses and your rangy athletes. There’s so much choice.

Every coach has an outline of what he thinks a back row should look like and if you don’t fit within those parameters, you have to do something so special that you force him to work outside that predetermined framework.

Right now, England have a phenomenal production line. There are so many good players in the Gallagher Premiership – you could argue it’s almost impossible to pick a bad England back row. Selection comes down to Eddie Jones and the style of rugby he wants, and importantly the type of character he wants. It’s very subjective from the coaches’ point of view.

For a number of years, it seemed like England had vast potential but, with Tom Curry, Sam Underhill and Jack Willis in stellar form, it has come to fruition. They have never had so much choice and that’s not even mentioning Mark Wilson, who was an integral part of the England squad during the World Cup, and Sam Simmonds, the European Player of the Year who can’t even get in the squad. Then you have Tom’s twin brother, Ben, who’s an excellent player.

As for the selection conundrum, I’d say it’s not always the best player who gets in; it’s the best combination wearing 6, 7 and 8 on their backs.

There has also been a lot of talk about Jack’s omission from the squad to face Ireland and he’s an incredible player who deserves all the praise coming his way. He is making shots, carrying the ball, turning ball over. He’s a big man too, so he adds weight in mauls. Now he has to show it at Test level when he next gets the chance again and sustain it.

As for the selection conundrum, I’d say it’s not always the best player who gets in; it’s the best combination wearing 6, 7 and 8 on their backs, and now I’d even widen it to the back five. You look at Maro and Courts (Courtney Lawes) playing at No6. They play there because size is huge in Test rugby. If you play an athletic second row at 6, you can increase your pack weight by 10kg-plus. That becomes more advantageous at rucks, mauls and scrums. Maro or Courts are around 115kg, compared to, say, Tom Curry, who’s about 105kg. It can make a difference.

Another one in that mould is Nick Isiekwe, who can play in the second row and back row. He’s not even getting talked about but he’s big, athletic and is still only 22. He has huge potential.

Eddie is a high-energy coach. He just lives and breathes rugby. Even during this pandemic, you could see he was always busy. He likes his personalities, which is why Dylan Hartley and James Haskell got on with him so well. In other circles, like the press, they may have rubbed other people up the wrong way, but they thrived under Eddie.

He didn’t ask Dylan to give up his bad-boy aggression. He wanted him to lead from the front and he didn’t ask Hask to shed the bravado. He asked them to bring it.

Why? Because as two of the most vibrant, and at times challenging personalities, Eddie brought them to the fore. He didn’t ask them to suppress their individual nature, just to be the best versions of themselves. He didn’t ask Dylan to give up his bad-boy aggression. He wanted him to lead from the front and he didn’t ask Hask to shed the bravado. He asked them to bring it. It’s the same with Ellis Genge and Kyle Sinckler up front. They can be difficult to handle at times but he’s polished them up and got the best out of them.

Bobbing and weaving around the fringes of selection are people like Luds (Lewis Ludlum) and Alex Dombrandt. Luds is a very gifted athlete, talented and tenacious. I thought his chances may have been affected by Saints’ form so he’s done well to be in the squad. He’ll always be competitive.

I’m often guilty of only judging a player when I’ve played against them for Saints, especially in the back row. If they have one quiet game against us, I’m like, ‘Nah, they’re not up to much’, but often they’re bossing it and pulling up trees elsewhere, so I’ll have to be watchful of that!

Eddie is obviously of the mind that old cliché, ‘If it ain’t broke, don’t fix it’. For now, it’s great to have Alex in reserve but Eddie would be a brave man to jettison Billy.

In any other environment, you couldn’t look past Dombrandt. I’m sure he would blossom but Eddie is obviously of the mind that old cliché, ‘If it ain’t broke, don’t fix it’. Billy Vunipola is rock-solid. He’s a ball-carrier, offloads well and is now very experienced. For now, it’s great to have Alex in reserve but Eddie would be a brave man to jettison Billy.

When it comes to Eddie’s mind games, nothing will change between now and 2023. He will continue to keep players on their toes through the media. He wants to keep the players in check and see what they’re made of. When he came in at the back end of 2015, he challenged me in the press because he wanted to see how I’d react and respond, so I’ve been there.

When you play against the Springboks or Ireland, some of the very eye-catching things Sam or Ben do don’t translate into Test matches.

Ben Earl is in the 23 for Ireland and, from what I’ve seen, he’s a brilliant carrier. The sort of player you could tactically put at No8 for a certain scrum or move. He’s very different to Billy, built more like Simmonds and Tom Curry, but he humiliated a few of our back rowers at Saints. We still had our heads down in the scrum and by the time we looked up, he’d bolted 10metres beyond the scrum and was already in space. He’s yet to be tested at international rugby so we’ll see what he’s made of.

I almost see Test rugby as a different sport to Premiership rugby. That’s why I understand someone like Simmonds not being picked. There are different requirements. When you play against the Springboks or Ireland, some of the very eye-catching things Sam or Ben do don’t translate into Test matches. I’m not writing them off but it’s in those top Test matches that you make your name.

The nature of northern-hemisphere rugby is so attritional – it’s survival of the fittest. Opportunities present themselves from other people’s misfortune. Coaches’ plans get messed up all the time. My opportunities came in 2016 and 2017 because several players got injured in training like Sam Jones and Jack Clifford. It comes down to luck and being fit at the right time.

Lots of these very talented young players can sustain it for a short period, but over 10 years it is far harder. Billy carries so much weight and ballast but if you have to play above yourself at every collision it puts so much strain on your body.

The Premiership final is about who can hang on longest when you’ve had the shit kicked out of you for 11 months.

The problem in England compared to other countries is that the games come thick and fast in the Premiership. You don’t get as well looked after as the Irish or the Kiwis. When we beat the All Blacks in 2012, we had the game of our lives but it was a brutal series. Yet I was hitting rucks on the Monday ready to play Sale the following weekend. Every game you play for your club is massive. Last week we were beasted in training and treated the game at Worcester like a World Cup final – you have to play like your life depends on it.

Everyone is in bits by the end of the season. That’s why the Premiership final is about who can hang on longest when you’ve had the shit kicked out of you for 11 months.

As for the Irish game, I haven’t played the boys in green much of late but I can judge them in the blue of Leinster. I’m very familiar with Peter O’Mahony. He’s their glue player: all about heart, graft and energy. He’s at every breakdown and collision and, as England found out in 2017, a real asset at the tail of the lineout.

Caelan Doris has real potential. I hadn’t even heard of him at the start of the year but we played them twice with Leinster and he was dynamite in both games. You’re used to seeing Sean O’Brien, Jamie Heaslip and Rhys Ruddock on the teamsheet and when I saw this young kid I didn’t think much of it, but by the end of it I certainly knew his name. I know a few of the Leinster coaches and they’ve been really impressed by him. CJ Stander brings the ball-carrying and strength but he’s also improved at the breakdown, so he’s evolved his game. It’ll be very interesting to see how they go against Curry, Underhill and Billy.

As for me, I’ve had a chunk of time on the sidelines with lockdown. It wasn’t exactly helped with me suffering a freak pulmonary embolism during the summer, which prevented me taking the field in the Premiership run-in. The upside, however, is I feel like I’ve had a bit of a sabbatical so I’m looking forward to getting back out there with the lads.