RUGBYPASS+ Right behind you 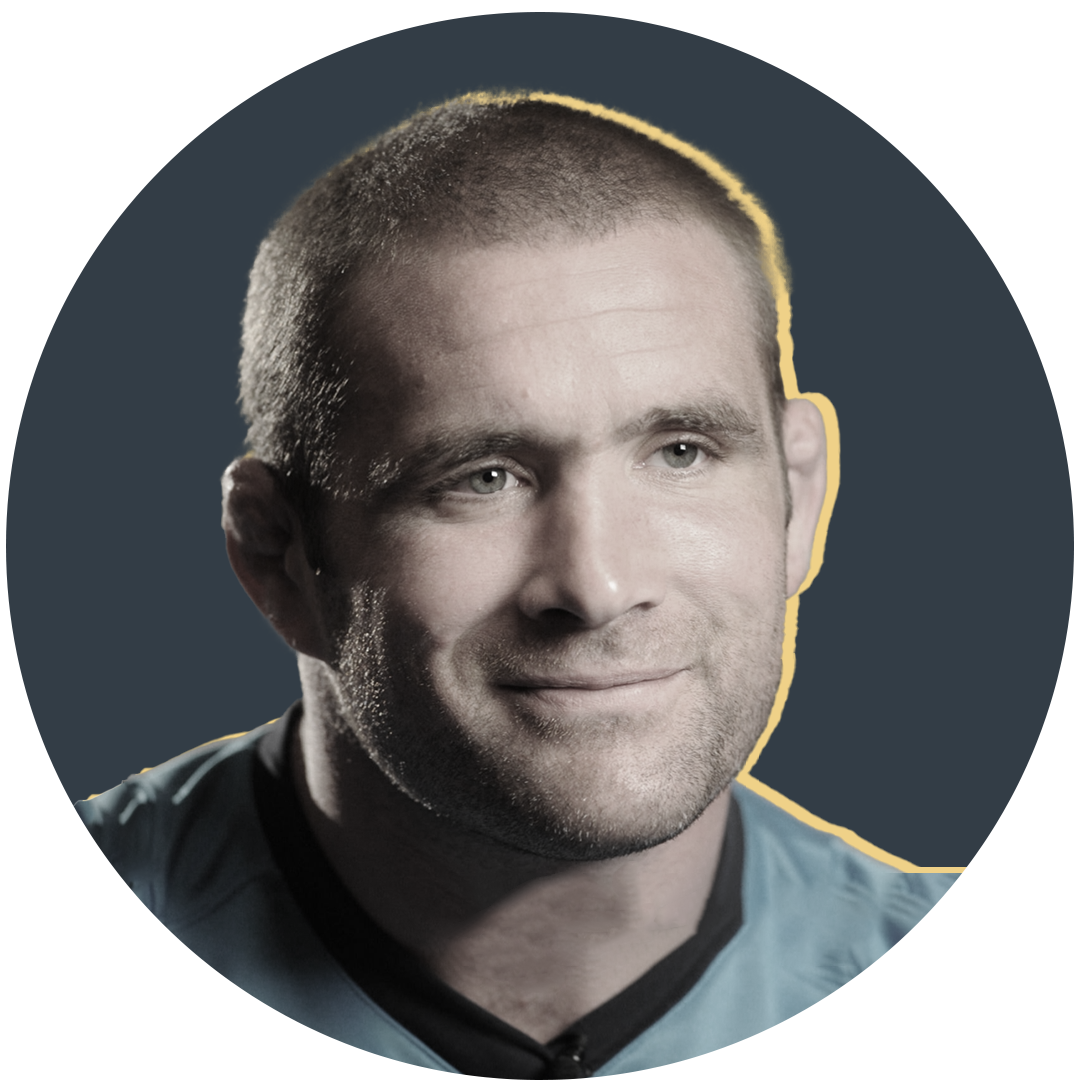 By Phil Vickery
Right behind you
By
Phil Vickery
1 year ago
England
4:30am, 06 February 2021 Go to comments

In the past few years, I’ve travelled quite a bit. To Japan, New Zealand, Australia and America and I can tell you, we’re the envy of the rugby world because of the Six Nations; the singing in Cardiff, the passion in Dublin, the raw beauty of Edinburgh, the romance of Paris, the warm welcome at Twickenham and the Colosseum of Rome.

It is the greatest rugby tournament in the world by a country mile.

I have to be honest, at this time of year, I do not miss the thought of getting beaten up every week but I do get excited because as an old farmer’s boy it’s signifies the start of Spring. The daffodils are coming up, the days get getting longer and you can smell it. One thing I’ll really miss is the fans though. The passion, the emotion, the colour. That’s really why we, as players, did it.

What do I want to see on a rugby front? I want to see the Northern Hemisphere showing the Southern Hemisphere what we can do. The Nations Cup wasn’t great. I mean, if we were to bottle the game up and take it to somewhere in the world that had never heard of it and tried to sell it to them as one of the greatest resources in the world, we’d be struggling at times, sunshine.

It’s funny, you hear a lot of England fans say we’re playing boring rugby but let me tell you, these are the same people who would complain if England were going out and scoring six tries and losing every week

Through a fans-lens, one of my frustrations is that England’s ball-retention is good, their defence is good, their kick-chase is good, I mean I could go on but when do they stress a team with their guile? I’d like to see it a bit more but ultimately, you know it’s about winning a game of rugby. Eddie (Jones) is not there to win to hearts and minds, he’s there to win games.

It’s funny, you hear a lot of England fans say we’re playing boring rugby but let me tell you, these are the same people who would complain if England were going out and scoring six tries and losing every week.

Yes, there’s work to do but they have some great drivers of that team. You think about Youngs and Farrell, the elegant Henry Slade who has 30-odd caps and Jonny May who has quietly passed 60 caps and scored all those tries. There’s a lot of experience there.

In the pack, I sense opportunity. Obviously we have Maro (Itoje) and Billy Vunipola but plenty to intrigue me.  With Mako (Vunipola) and Joe Marler out, Gengey can really step up to the mark and grab hold of that No 1 jersey because he is someone in the modern game who could be talked about on the global stage. He has all the right attributes. With Kyle (Sinckler) out, Will Stewart has emerged in the last 12 months. He has fantastic ability and can hold that scrum up but he can’t get complacent because Harry Williams is pushing him hard.

Jamie (George) gives you that stability and experience in the middle. Yes, he hasn’t played much rugby but it’s a chance for him to stand up. I want to see that front row developing. Okay, they might not dominate like a settled front-row, but they’ll learn how each other works, it’ll take time. From an England point of view, it’s a chance to create competition for that journey to France in 2023.

The England boys are incredibly well looked after in camp but they’re human. They have lives outside and in a bubble there is psychological pressure on them.

The boys in camp know they’re in a privileged position but that doesn’t mean it’s easy. I was on a panel with some former players recently and a passing comment was, ‘oh well, they’re getting paid’, but it’s not as simple as that. I worry about the mental wellbeing of players and coaches. Putting my ex-pro hat on, I ask myself how I’d have coped.

Since the World Cup in Japan, the Premiership season got postponed, then it started up again and crammed in all those games, the Six Nations had to be finished, then the Nations Cup and cancelled European Cups game. If you add in the isolation, and living in bubbles, you realise it’s not easy. The England boys are incredibly well looked after in camp but they’re human. They have lives outside and in a bubble the psychological pressure is on them. Some tolerance and understanding from fans is required.

If you look down the rugby pyramid right now, it’s incredibly tough. I went back to Bude Rugby Club the other day to do some filming. The chairman had to come down because it was padlocked up. It’s usually the heart of the community not just a rugby club. A vibrant place with a creche, a place for coffee mornings and a natter and but it was empty and hollow, which saddens me.

At this time, all those thousands of clubs who are reliant on revenue will be suffering. The minis, juniors and youths, who are inspired by the Six Nations are not there. It’s a travesty and I can’t wait for it to return.

One of the only plusses of the last year is that our corporate friends have realised that the value of our sport is in the grassroots and it desperately needs investment and resource.

I’m a cranky, sentimental old bugger sometimes. When you look back, you remember the conversations with supporters. They come up to you and talk about great tries England have scored and I’m there thinking, ‘I didn’t even see it, I had some big 120kg lump sitting on my head at the time’, but what I do remember is the atmosphere. I remember the people. I remember the letters from fans who wrote to me when I retired. That’s what stays with me.

With any luck, we’re in a Lions year, so what makes it special? It’s the bloody fans and players coming together. It’s about sacrifice, camaraderie and raw emotion. That’s what our game is built on. One of the only plusses of the last year is that our corporate friends and big business have realised that the value of our sport is in the grassroots and it desperately needs investment and resource.

When I was at Gloucester, I fell in love with the people. They were gritty and vocal but it was because they cared. That rugby club has been around 150 years it will be around for another 150 years, not because of the owner, or the sponsors but the supporters. If you engage them and make them feel valued you will be a successful rugby club. I think the Squad of Thousands campaign they’re running for Cherry & Whites fans is just what we need.

Rugby has never been more important when you think of what it stands for. The kindness, the manners, the values. Like any fan I get fed up sometimes and think, ‘oh my God, how are we going to sell this, it’s dreadful’, but I’ve never been prouder of our sport.

I always go back to why I started. I started because there was a fella who bothered to look after me and guide me. I went to the local community rugby club at Bude and they said, ‘come in boy, welcome, this is what to do. We can help you’. I was part of my local team, representing my local area.

I didn’t have a clue when I started at 11 but Joe Dyer and Mr Wilson at school helped me. Terry Pryor of Redruth drove up to Kilkhampton because he wanted me to sign me, and I’m thinking, ‘what are you on about, it’s 60 miles away’. I was actually late to the meeting because I was milking, but with dad sitting there, Terry was saying, ‘I think I could make you better, I want to help with your progression’.

When Gloucester came in for me, my mum drove me up and the clubs got me a job milking cows. I’d train on Tuesday and Thursdays and get beaten up every Wednesday night when we crossed the border into Wales. I was fifth of sixth choice back then but I loved it. As I moved up the ladder, I had nothing but support from every individual.

Listen, to sum up, I care about my game as much as I’ve ever done and I hope in this challenging time, that the people in positions of power are taking a step back and really thinking about what they’re doing with our beloved game. It’s far too precious to lose.