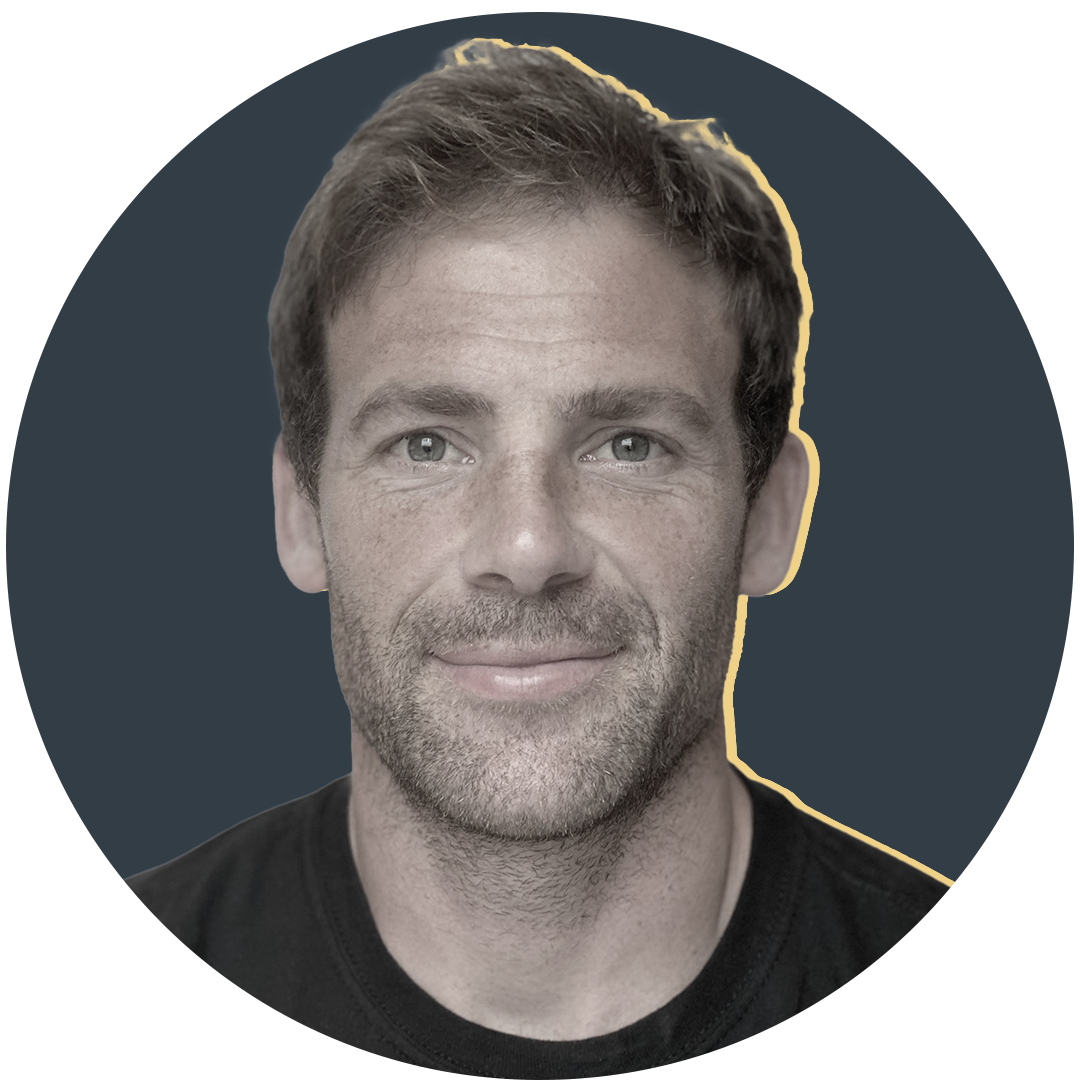 There are a lot of people who are unhappy about the decision to ringfence the Gallagher Premiership for this season. But I’ve seen first-hand the damage – including a stand-off between two legends of the game – that relegation does to players, squads and clubs. My hope here is to try to recalibrate the angst that seems to go hand in hand with the idea of a ‘closed shop’ and instead see some huge positives and opportunities.

Of course, the thought of BT now having to change their fixtures toward the end of the season, after a significant £110million investment, has led to some uncomfortable conversations, but I believe the game can break the traditions that many are hung up about and show a malleable situation can be a catalyst for increased engagement. The elephant in the room and a significant part of the reason to ringfence is the mismanaged status of the second tier, the Championship.

A couple of points from my perspective: I have been pro-ringfencing for more than a decade. I have been a player and pundit in the Championship for a number of years, and have seen the buckling of players, coaches and entire squads and organisations due to an often shambolic lack of vision, accompanied by a wholly unfair parachute payment (circa £1.5m) to the relegated team compared to the (recently slashed) £176,000 central funding for the other teams. If this league was better funded, aligned with an actual purpose and partnered alongside Premiership Rugby, then ringfencing would have less merit. Compare this to the D2 in France, where teams are paid 3.6m euros centrally before taking into account sponsorship and gate receipts. Literally, a different league.

The best players will have the contract offers waiting and their agents will be busy discussing their players with other clubs – this doubt and uncertainty can topple a whole squad.

In my four Premiership seasons in a relegation battle, the overriding threat of the drop curtailed any growth and stability and, from a fan’s perspective, produced a stodgy, risk-averse brand of rugby. This was partly through fear, and partly through the logistics of promotion back into the Premiership. Few players would be willing to commit to a contract with a Championship team without knowing for certain they would be in the top flight the following season. Teams under the play-off model had to wait until May to secure their own current players and others of a higher profile.

This can hit hard in a changing room. Salaries and general contractual clauses are rarely spoken about in rugby teams – but there is a degree of uncertainty when the storm clouds of relegation start to form over the club as early as November and most definitely by January, when it said to be ‘permissible’ for other clubs to speak to players. The best players will have the contract offers waiting and their agents will be busy discussing their players with other clubs – this doubt and uncertainty can topple a whole squad. The effect of this pressure at a time when everyone needs to have absolute focus and commitment can be the difference between success and failure.

There is much to be said for what the coaches/directors of rugby and boards are doing and saying, but if some players of influence do put their hands up to leave early, or a break clause is disclosed, it can have a ripple effect. This was certainly something to witness in my time in Leeds for the first relegation in 2006, a stand-out moment was with ex-Lion John Bentley, the then community manager, essentially calling out and squaring up to Justin Marshall at a training session for being a ‘cop-out’.

That 2006 season consisted of a season almost progressing to the Heineken Cup quarter-finals, having 18,000 fans at a Headingley Christmas fixture against a Jonny Wilkinson-led Newcastle Falcons, yet ended with relegation. The disappointment of this was colossal for the team, club and region. A squad containing three British & Irish Lions (Tim Stimpson, Iain Balshaw and Gordon Bulloch), six Welsh and Scottish caps, a then most-capped Springbok centre (Andre Snyman) and All Black legend (Marshall) should not have capitulated but as it did, the team crumbled, and just six players were left to face a major challenge in getting back into the Premiership.

What was more galling was that the likes of future England players Jordan Crane and Danny Care were on that list of departures, meaning both youth and experience were lost, as too was the chairman and backer Paul Caddick. The house of cards fell at a time when the wider catchment area was slowly recognising the club.

Growing a business needs market penetration, secured investments and a stable product – none of which are available to a club who wouldn’t know for certain where they would be every 12 months.

This is not a case of sour grapes prompting a skewed view of ringfencing. I could cite team-mates crying in a changing room, knowing they had to uproot settled families owing to reduced playing squad sizes – but the reality is that’s sport, and seen in other industries too. The flaw relegation exposes is in the business model. Growing a business needs market penetration, secured investments and a stable product – none of which are available to a club who wouldn’t know for certain where they would be every 12 months. This wasn’t just true for us as one of the Premiership’s newest clubs in a rugby league hotbed, it was sadly the same with one of the oldest and historic London-based teams, London Welsh.

The spectre of relegation stunted the club commercially – I know this first-hand. After playing, I worked with the commercial department trying to gain sponsorship and secure investments, yet found the concept of buying into a ‘yo-yo’ team was a step too far for the advertisers’ budgets. The inability to invest led to a lack of growth, which completed the frustrating circle back to being static in a world that keeps moving forward. Presenting a three to four-year plan would be an infinitely easier pitch to all potential stakeholders.

One aspect that isn’t up for debate is that growing a fan base is the Holy Grail. Rugby circles, at every level, speak about attracting a new market and ideally shift the game away from the common belief that it is one for the privileged. The reality is the game itself is heavily weighted toward an international team benefiting from a prestigious heritage competition like the Guinness Six Nations, which is free-to-air (for now) and can attract TV audiences of up to 10m. Would ringfencing then not assist growing the neutral fan – perhaps wanting to just be entertained or explore their local team on the back of seeing their country play?

It would be a lost opportunity if the newly-found engaged fans see an arm-wrestle of a kicking game – playing for penalties and mitigating risk with a 1metre pick-and-go plan. For the record, this isn’t anecdotal. This was not far off our game plan at the Falcons and was assisted by having both Carl Hayman and Jimmy Gopperth, one getting the penalties and one kicking them.

For those fans a level on from an ‘entertainment seekers’, who perhaps want to see more ‘meaningful’ matches, then the league rules could adapt to a longer form for the play-offs, incorporating 8-10 teams to provide more chance (tiered play-offs) and an end-of-season intensity, a la rugby league. However, the past two seasons have seen brilliant narratives with top-four play-off spots, with just five points separating fourth place and ninth at times. These top-end games also provide a place and coverage for the lower-ranked teams as the need for crucial points make them must-see games. Further exploration adaptations such as no-draw games would also benefit the entertainment.

Marquee players could be rested rather than bled dry for their worth, and longer-term contracts would provide stability knowing there could be a longer-term plan in place.

‘But we will never have another Exeter’ is a common argument, and rightly praises the incredible effort of the Chiefs going from promotion in 2009 to being the Premiership champions in 2016-17. However, there were weaker teams in the league then (including Leeds, Worcester, London Irish and Bristol) shown by a significantly distanced top four and bottom three. From 2009 through to 2012 the salary cap was £4m compared to £7m (albeit now back to £5m this season), yet still excluding two nominated players (so add roughly another £1m). Since Bedford in 2000, the only club to be relegated from the Premiership and not return was London Welsh, who went bust a year after demotion in 2015. Ten of the last 13 relegated clubs have bounced back at the first attempt. Yet these facts aren’t the focus.

The ability to ringfence would allow homegrown, young players to flourish in an environment that would establish a brand and style for each club (this system produces an aesthetically-pleasing brand of rugby in New Zealand). Marquee players could be rested rather than bled dry for all their worth, and longer-term contracts would provide stability knowing there could be a longer-term plan in place.

Lastly, the four examples of commercially viable sporting competitions that Premiership Rugby cite as models for their own implemented salary cap are NHL, NFL, NRL and ARL, none of which have relegation. None of which also suffer from the perception of ‘meaningless games’, as they continue to draw in some of the highest average attendances.

So put simply, what is the point of a one-season punishment – creating fear of losing and an inability to grow a sustainable business in an insolvent game? Why not protect, build and grow clubs, invest in a stable block Championship, and revisit in three to four years? This opportunity is now here, and we can still celebrate the successes of a wonderfully competitive league. Why not try to embrace it?