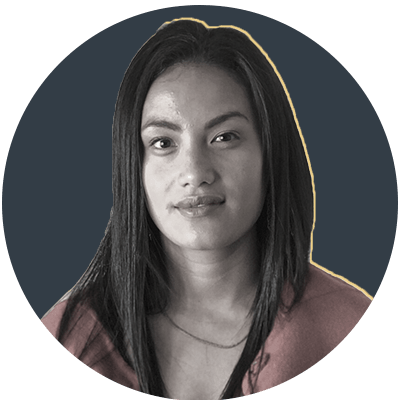 It’s one year out from another Rugby World Cup in Aotearoa New Zealand.

And even with a global pandemic, this one will be special. It’s the first time the five-time World Cup winning Black Ferns will play for a title on home soil.

Going back-to-back for a record sixth will definitely be a strong theme for them to tap into, but with New Zealand’s border currently closed and tight restrictions around quarantine capacity and protocol for visiting sports teams, there is uncertainty about whether the tournament will take place.

New Zealand has been hailed around the world as a Covid-19 success story, but Auckland, where the bulk of the World Cup games are scheduled to take place, remains in a Level two lockdown which means mass gatherings can’t exceed 10 people.

Everyone is hopeful the picture will have improved by next year and travel restrictions will have lifted enough to make it possible to get 11 visiting teams safely into New Zealand.

No one is more hopeful than tournament director Michelle Hooper, who is confident that the tournament will not only go ahead, but will do so with an unprecedented following.

“We’re chasing crowd attendance records,” she says, over the phone from her home on Waiheke Island which is a 40-minute ferry ride from Auckland. “In fact, we’re chasing every World Cup title for women’s rugby that exists. New Zealanders are highly competitive people so we’re chasing every record.”

The tournament will come to life across three venues in Auckland and Whangarei over an action-packed month, kicking off on 18 September.

The draw is still to be released but the event is proving to be an historical occasion for a number of reasons – it’s the first World Cup held in the Southern Hemisphere for the women’s game, Fiji are making their debut and Covid-19 will play out in the background.

Hooper’s optimism and knack for always looking for solutions to problems means her team is determined to deliver a world-class event in New Zealand’s backyard, even with Covid-19 at the door.

“I keep saying to myself, ‘when the going gets tough, the tough get going’. Covid has challenged everybody, we know that. So it’s all about needing to step up and do our absolute darndest to deliver this tournament next year,” says Hooper.

She has made a career out of leading major international sporting events including last year’s World Cup in Japan.

With any event, contingency plans surrounding cancellation or postponements are a given in this climate but Hooper says making that kind of call is out of her hands.

“You see the road being travelled by the Tokyo Olympic Games at the moment and the optimism they have for that,” she says.

“Our number one priority is public safety and everyone is committed to it. But provided New Zealand is Covid free – and we’ve proved we can do that – and we can get the 11 teams into the country, we can definitely deliver a Rugby World Cup.”

Other tournaments have not been able to survive the pandemic, most notably the World Sevens series planned for Hamilton in January 2020 and the Cricket World Cup. The postponement of the latter – an event comparable in profile – has not dented Hooper’s optimism about a green light being given to playing the Rugby World Cup.

And the importance of being able to host is huge, she says as the World Cup is an incredible opportunity for New Zealand and women in sport.

“Unfortunately cricket [women’s World Cup] had a much closer timeline that they were working to,” says Hooper. “But we can learn from what happened with them and we can make sure we work through the key issues that arose and how we can mitigate them.

“In a way it’s [Covid] almost positioned us and the game better. And that seems like a strange thing to say but I think that if anything can happen in a country, New Zealand can make it happen.

“I got into working in international events because of what sport does to people. It’s not just about showcasing the high performance aspect, but also the optimism, opportunity and change it brings about in communities has always been something incredibly motivating for me.

“It’s going to be a festival type celebration, we want it to be a real family friendly priced event. I think it’s unique in that the majority of the match days are double or triple headers.”

“We want New Zealanders to turn up and be part of making history. So all they have to do is come along and we will do the rest.”

Two players from the 2017 World Cup winning squad are working towards being in the black jersey next year. But both have had their fair share of hurdles to overcome.

For current Black Ferns captain Les Elder, juggling her now three-month old baby girl on top of rugby commitments and Covid-19 restrictions is a feat in itself.

Toka Natua was Player of the Match in the 2017 final against England after scoring three dominant tries in their 41-32 win. But, the front-rower admits that trying to keep motivated after that tournament while suffering numerous minor injuries has been challenging.

For both Elder and Natua the World Cup in New Zealand provokes an emotional response. The chance to play in it, in front of a home crowd, has been a significant factor in keeping them both on track however they have been feeling this past year.

“The feeling of being able to play in a black jersey, you can’t describe it – it’s very rare – but to be able to do that on home soil, in the country that is the best in the world, and who are hugely passionate about the game, it’s a pretty special feeling knowing that we could experience that,” says Elder.

The drawcard of having family in the stands cannot be underestimated. Natua says the event is a “big deal being at home”.

“It means my parents who are usually the ones that miss out when it comes to watching my games will be there. To have more of my family there including my sisters and their children, it’s hard to explain the feeling but it does make me nervous in a good way,” she says.

The Farah Palmer Cup – the national women’s provincial competition – is proving pivotal in the lead up to next year after the eight Black Ferns tests planned for 2020 were cancelled.

Getting back into the test arena will be a huge achievement for Edler after having had a baby and sitting on the sidelines for more than a year.

“While I feel like my brain and understanding of the game is still very much there, it’s retraining my body again,” Elder says. “I really just want to get some game time under the belt, get comfortable again on the field, and then just do my role for the team as a seven and a leader within the group.”

Her return to the provincial game has been strong, having led her Bay of Plenty Volcanix team out against North Harbour to come away with an emphatic 67-17 win, a try and a couple of try assists.

Elder admits she was a little naive about what it would look like returning to rugby but she’s got an “awesome support system” around her.

“For me, that’s how I kind of operate anyway, you don’t know what you don’t know so I kind of just throw myself in and then deal with it as it goes. And it’s definitely what I’m dealing with now and I’m not going to lie, it’s been tough. But my husband has been great. It is what it is but we’re learning and loving it.”

She has a couple of Black Ferns sevens’ players handy in Tenika Willison and Jazmin Hotham who also live with the Elder couple and help out.

Getting to know the player’s stories is an important part of the moving World Cup puzzle, says Hooper.

“We need New Zealanders to know who these fabulous women are. And not just the women in the current team but the women who have gone before and trail blazed the journey,” she says.

Individual journey’s like Natua’s where she struggled to even get back to playing after experiencing such a high at the last World Cup.

“I think part of it was ‘what do I want to do now?’ after achieving what I set out to do in 2017,” says Natua. “But I’m now at the stage where I’m thinking how I can use my gifts and talents to give back to others and continue to try to reach my full potential.”

Natua says in some ways, it’s been “awesome” to focus on the Farah Palmer Cup.