Sixth straight defeat for Edinburgh Next
Back
The Rugby Championship

Feeling he has plenty more to offer, James O’Connor doesn’t want to hand over the Wallabies No.10 jersey with the Bledisloe Cup riding on Saturday’s result in Sydney.

After a draw and a loss in New Zealand, the Wallabies must win game three to take the series to a deciding Test in Brisbane next month.

O’Connor could move to inside centre for the ANZ Stadium match against the All Blacks to cover the injury loss of Matt Toomua, giving exciting young playmaker Noah Lolesio his Test debut.

But having finally regained the Wallabies five-eighth role, which he last held in 2013, O’Connor wants to stay there.

“I’ve spent a lot of time at 12 but at the moment I’m enjoying playing 10,” O’Connor said on Monday. “It’s been a natural progression as I’ve matured, using my mind more and less my body and I guess playing for the team more and less as an individual.”

He said that when he last played at No.10, against the British and Irish Lions, he didn’t have the understanding he does now of how to control a game.

“I couldn’t give my all and I felt like I wasn’t involved as much as I would have liked, so I went back to the drawing board with one of my coaches about how I could take my game forward and it was about stepping up at 10,” he said.

“I’m comfortable there now and I feel like I can bring my own element and it’s my best position.”

“He’s a tall man, can move well and he seems like he’s got a good knowledge of the game.”https://t.co/Z20UT9dDGe

The Wallabies missed more than 40 tackles in the Eden Park loss to the All Blacks, which O’Connor felt was unacceptable while their poor ball control piled on the pressure.

“You’re never going to win a Test match when you miss that many tackles,” he said. “We created a lot of opportunities in attack but we threw the ball away a lot. 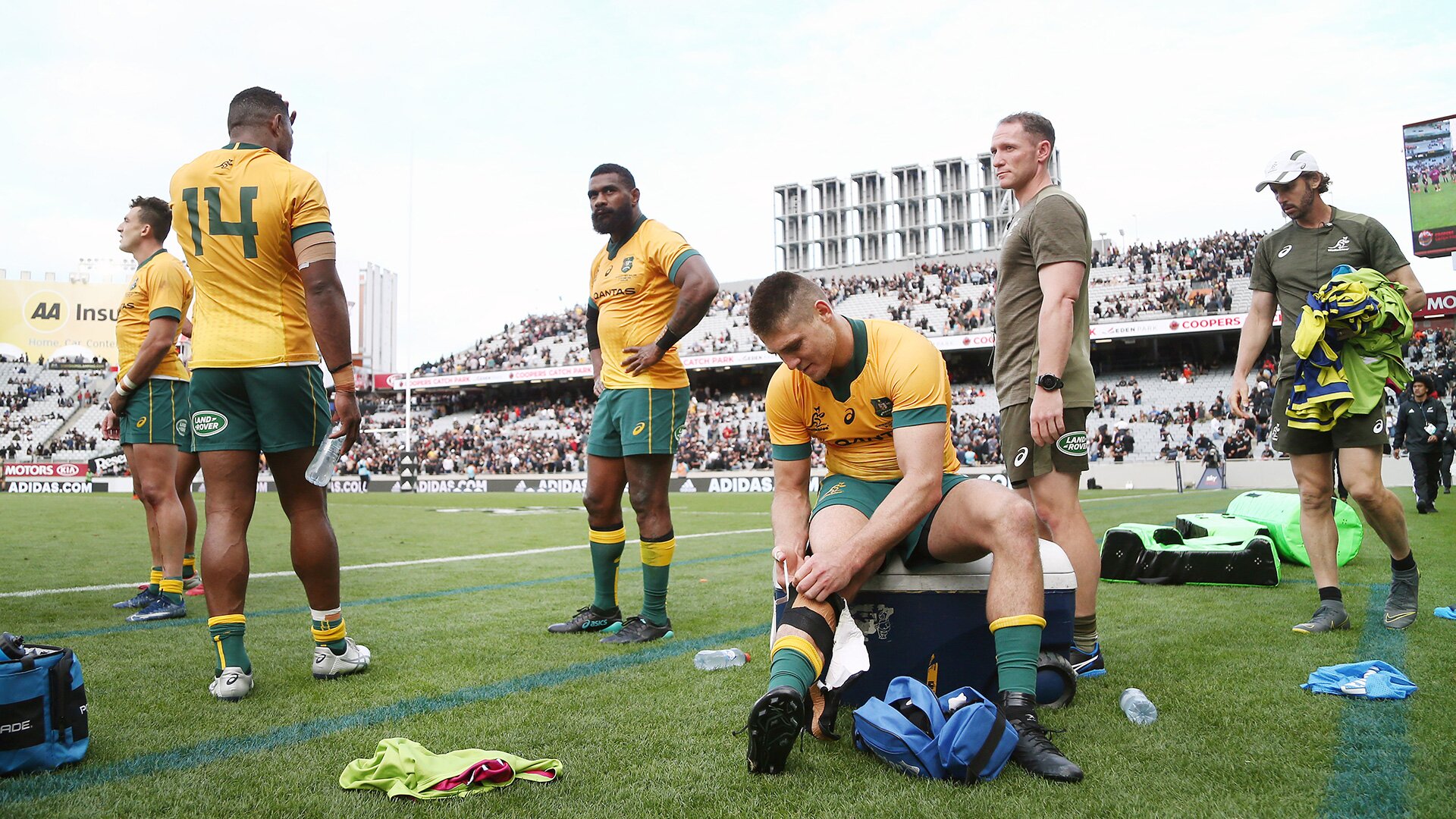 James O’Connor of the Wallabies removes his tapes after losing the Bledisloe Cup match between the New Zealand All Blacks and the Australian Wallabies at Eden Park on October 18, 2020 in Auckland, New Zealand. (Photo by Anthony Au-Yeung/Getty Images)

“We know what the standards are and they dropped from the first week but we know what we’re capable of.”

Halfback Nic White admitted the Wallabies’ confidence had been dented by the 20-point defeat, which came after a promising 16-16 draw in Wellington.

But he felt it was retrievable.

“In two games, three of the four halves we did really well, ” White said.