Saracens avoided falling to their worst run in the Gallagher Premiership for three years by dispatching Exeter 40-17 in a mismatch lacking the fireworks of recent collisions.

Any meaning to the Premiership’s fiercest rivalry vanished when two under-strength teams were announced for a fixture that in other circumstances would have produced high drama and a host of intriguing sub-plots.

But with both clubs in Champions Cup quarter-final action next weekend, Exeter 12 points clear at the league’s summit and Saracens long-since relegated for repeated salary cap breaches, it was robbed of its box office appeal.

Instead they battled for squad bragging rights that came out emphatically in the double winners’ favour as Rotimi Segun, Dom Morris, Elliott Obatoyinbo, Janco Venter and Cameron Boon crossed for tries.

It prevented Saracens from slipping to a third consecutive top-flight defeat – a sequence they last experienced in 2017 – and crashing twice to the Chiefs this season after going down 14-7 in a stormy showdown at Sandy Park in December.

Exeter’s fringe players have been outstanding since lockdown but with two rounds of the regular Premiership campaign to play, they were well beaten to bring their own seven-game winning streak to a halt.

Segun will score few easier tries than the simple fifth-minute stroll across the whitewash made possible by a determined series of forward drives that eventually stretched Exeter to breaking point.

Saracens then invited pressure by conceding successive penalties in front of the posts after the Chiefs had staged a successful line-out drive, but the real damage was eventually done out wide when juggling hands sent Facundo Cordero over.

For the third time a shot at goal struck a post as Manu Vunipola found the upright with a penalty to follow the same path as both conversion attempts.

The England Under-20 fly-half was more successful with an easier attempt as Saracens regained the lead and a minute before half-time daylight opened up through a magnificent off-load by Juan Pablo Socino.

Socino ran straight at a half-gap in Exeter’s midfield and although the former Argentina centre was stopped dead, he expertly slipped the ball out of the tackle for Morris to cross.

When Vunipola landed his second penalty, it was beginning to look bleak for the Chiefs until Will Witty barged over after a series of pick and goes.

But the door slammed shut on the title favourites in the 54th minute when a Vunipola penalty was followed by the fly-half launching a high ball to the touchline for Obatoyinbo to demonstrate his finishing skills with an assured touch down.

It looked ominous for Exeter when they were shoved off their own ball at the scrum for Venter to score and although the flow of points was temporarily stemmed, Boon added a fifth try with three minutes left before Dave Dennis grabbed a stoppage-time consolation. 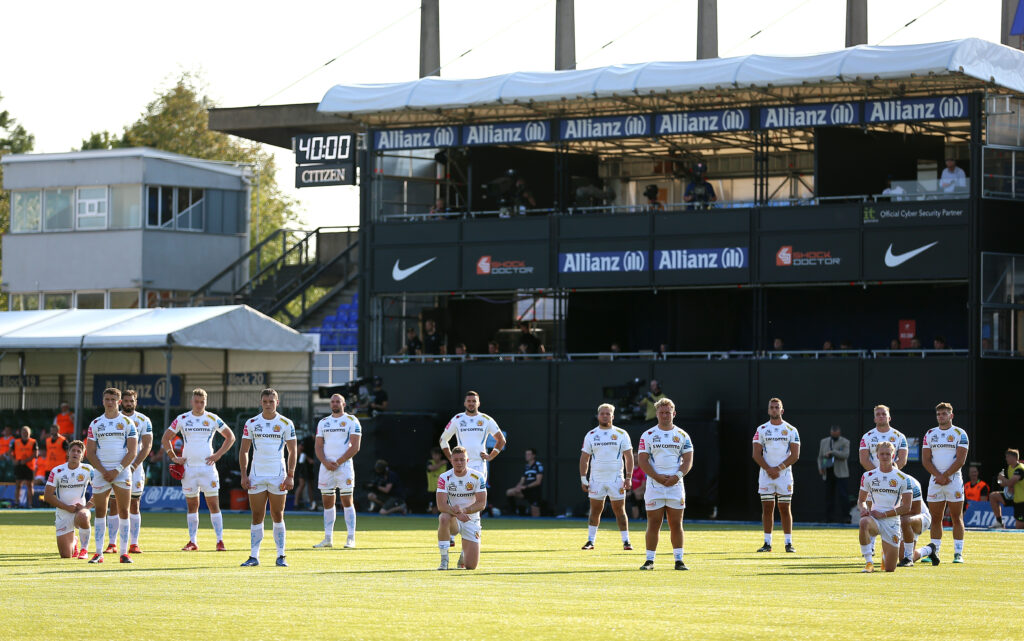