Sale’s first European Cup last-eight appearance for 15 years was never in doubt after they produced a dominant display built on immense forward power.

Wales hooker Ken Owens and flanker Jac Morgan scored tries for the Scarlets that full-back Leigh Halfpenny converted, but the Welsh side were outclassed and outmuscled as Sale cut loose and condemned their opponents to a record European Cup home defeat.

The Scarlets included nine of Wales’ Guinness Six Nations-winning squad in their matchday 23, including a return for skipper Owens, while Halfpenny made his first appearance since failing a head injury assessment during the victory over Scotland seven weeks ago.

Sale welcomed back England flanker Tom Curry among six changes from the side that beat Gallagher Premiership opponents Wasps last Saturday, but captain Jono Ross was ruled out so Beaumont took over as skipper.

MacGinty kicked Sale into a second-minute lead following a Scarlets scrum infringement, and early signs were positive for the visitors as De Klerk dictated play.

Sale dominated the opening quarter but Scarlets did not help themselves at times and they contributed to Sharks’ first try. Owens was the guilty party, overthrowing at a lineout inside Scarlets’ 22, with the ball going straight to his opposite number Van der Merwe who smashed through three defenders to touch down.

MacGinty’s conversion opened up a 10-point lead and the Welsh side could have few complaints as they struggled to make any impact.

MacGinty kicked another penalty before Sale were inches away from a second touchdown, but centre Rohan Janse van Rensburg narrowly failed to exert sufficient downward pressure after chasing a kick. 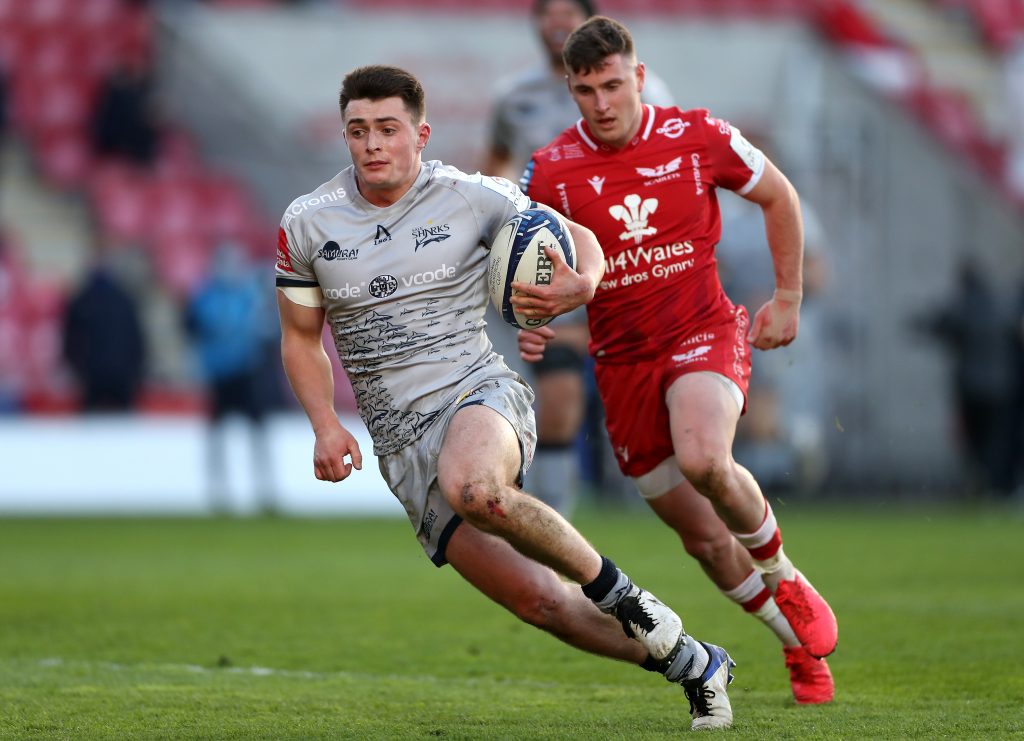 The visitors, though, did not have to wait long to compound Scarlets’ misery and it was Van der Merwe who struck again, this time from a lineout drive, with MacGinty’s conversion making it 20-0.

He completed his penalty hat-trick four minutes before the break, leaving Scarlets with a mountain to climb as they trailed by 23 points at the interval and lost Wales centre Johnny Williams through injury.

Sale’s dominance showed no sign of relenting and they scored again just three minutes after the restart when MacGinty won his own kick and chase before slotting an easy conversion. 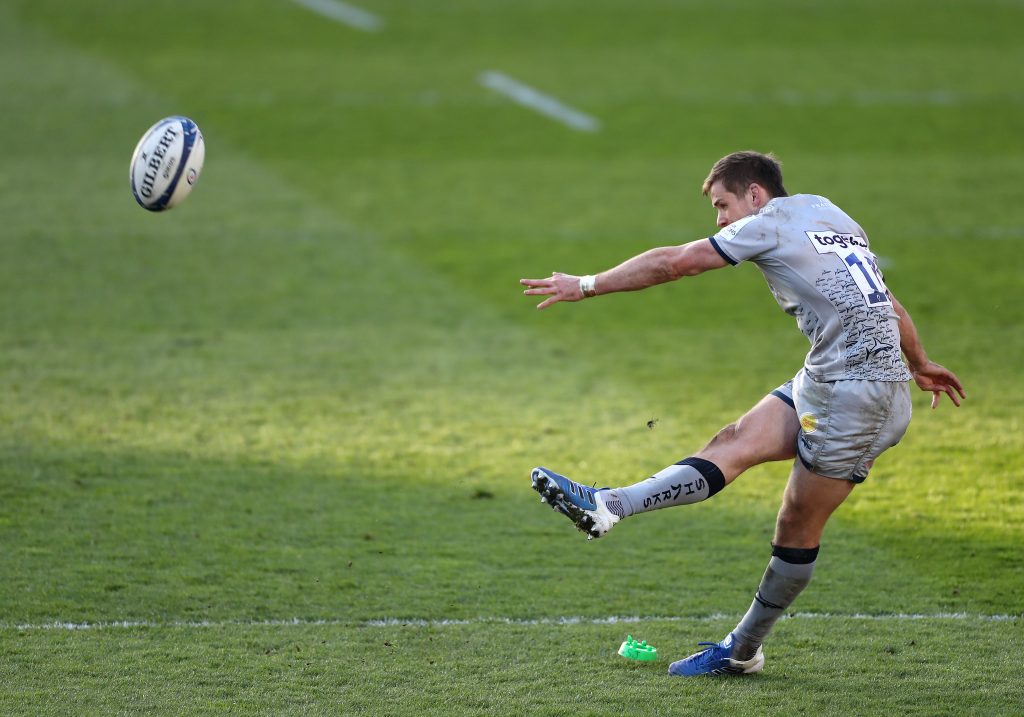 Owens opened Scarlets’ account when he was driven over the line for a try that Halfpenny converted, but it felt like a mere consolation effort even with more than 30 minutes left.

And normal service soon resumed after De Klerk snapped away at the heels of his forwards, pushing them through phase after phase until possession was shipped wide and Yarde crossed wide out.

MacGinty converted and even though Sale boss Alex Sanderson began making changes, there was no let-up in Sale’s relentless approach.

McGinty’s sharp midfield break created try number five as Beaumont went over unopposed. MacGinty’s conversion edged his team within sight of 50 points, and they got there through two more penalties.