Josh Matavesi has turned down the opportunity to put his feet up for a couple of weeks, throwing his hat straight into the ring for Newcastle Falcons’ home game against Hartpury on Friday night.

The centre has spent most of the last four months on international duty with Fiji, firstly competing in the Pacific Nations Cup and then the Rugby World Cup in Japan. And despite having only just returned from the international showpiece last weekend, the Cornishman has wasted no time in putting himself forward for selection for the Falcons’ first home assignment of the Greene King IPA Championship campaign.

“Being out in Japan was an amazing experience and exceeded all my expectations,” said the 29-year-old, who took his international cap tally up to 23 after appearing against Uruguay and Georgia in World Cup pool play before calling time in his Fiji career.

“Japan is a wonderful country, the people are awesome and the only disappointment as a Fijian group is that we didn’t progress through the pool stage.

“The teams we were up against really brought their A-games, there was a little bit of complacency from us against Uruguay and ultimately it cost us. Overall it was a great experience to be part of an event like that, but on the same note I’m also happy to be back at Newcastle Falcons.”

Fiji’s loss to Uruguay provided one of the shocks of the tournament, Matavesi reflecting: “The short turnaround going into the Uruguay and the number of team changes didn’t really help, but overall the World Cup was a great experience.

“Even before the tournament it was awesome to have so much time in Fiji – my kids came over and it was great for them to experience the Fijian side of our family. That’s all done now, though, I’m really happy to be back and I just want to get back playing for Newcastle as quickly as I can.

“I’ve been keeping up to date with everything that’s been going on at the club while I’ve been out in Japan, and it’s actually pretty easy to stay involved these days. The Falcons players have an app on which we get all the match footage and training footage, and then there’s the various club whatsapp groups plus our website and social media channels. It’s not as difficult as you might think, so it’s not as if I’m coming in cold.”

In Matavesi’s absence the Falcons have won all four of their games, although there have been some notable scrapes along the way. 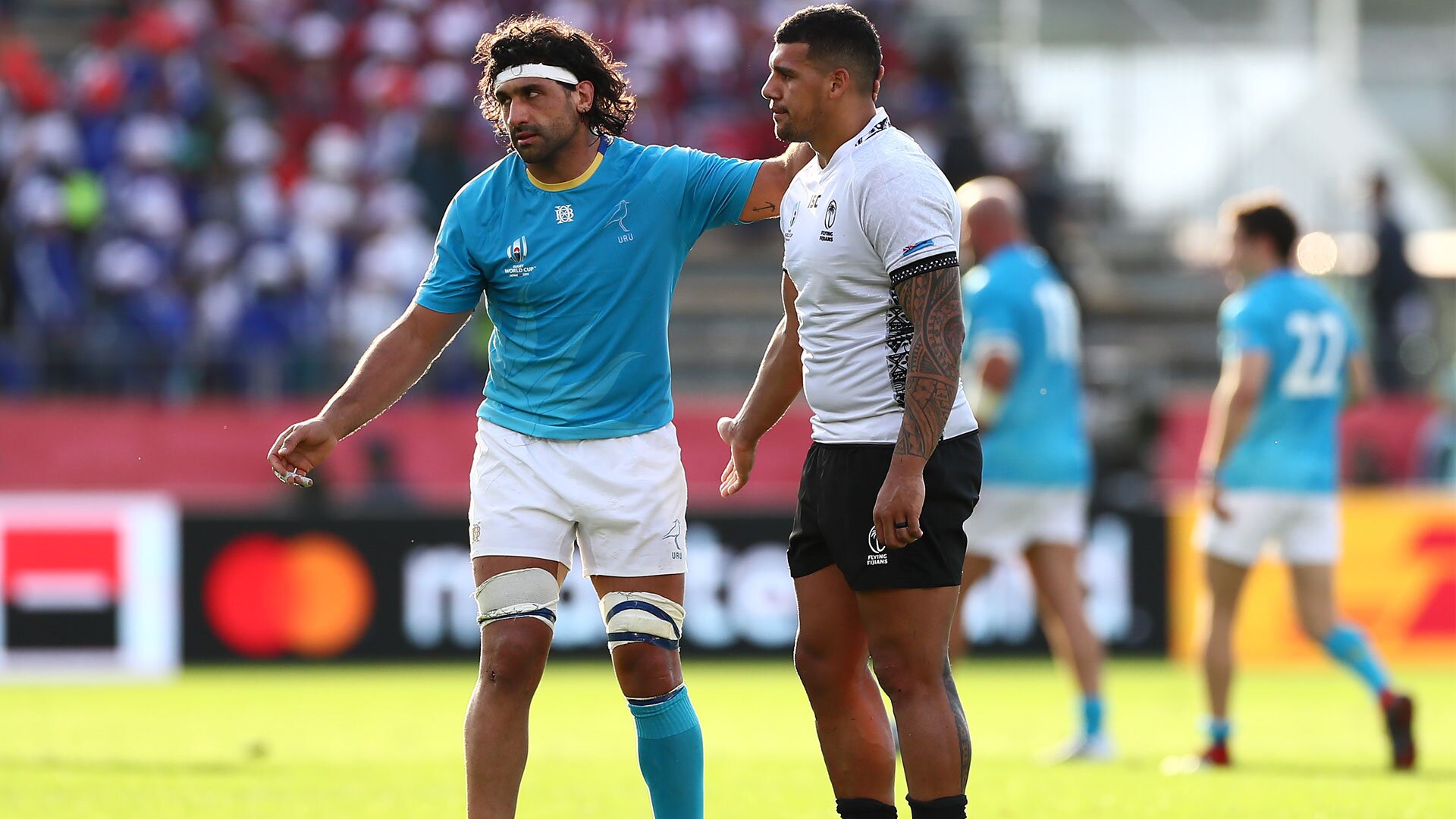 “It’s nice to get into the habit of winning, and while I’m sure the guys will be honest in saying they’ve not really properly hit their straps yet I think it’s great that we’re still sat here with four wins from four games,” said the former Ospreys, Worcester, Racing 92 and Exeter player.

“The boys have acknowledged that last Saturday down at London Scottish wasn’t a great performance but we got the win, and that’s the main thing. It’s nice to know we’ve got so much more in the tank, and we’re determined to bring that out onto the pitch for everyone to see.

Kick in the teeth for Fiji's Sam Matavesi as he falls victim to a car park robbery in Londonhttps://t.co/4A9bbj3AF0

“What we’ve got to realise is that this isn’t a walk-over league.

“The team coming down from the Premiership is everyone’s cup final for the that first part of the season, and if you stay at the top of the table that extends out to the full season. We’ve got to keep high standards every day in training and at every single match, and if you disrespect this division you’ll be made to look stupid.

“We can’t get sucked into the trap, we’ve got to play Premiership-intensity rugby in the Championship, keep that pressure on teams and accept that there will be tough sides here who will make life difficult for us. If we respect our opposition and trust our processes then I think we’ll be fine, but it takes a lot of hard work to make it happen.”

New Zealand Rugby chairman Brent Impey has compared the way in which Northern Hemisphere unions treats Pacific players to that of 'colonialism' ?https://t.co/1MSDSfeyH8

Keeping an open mind as to which sides will be up near the top of the table, Matavesi said: “Some people had been billing it as a straight shoot-out between us and Ealing, but Ealing lost their opening game down at Cornish Pirates last weekend.

“I never personally felt it would just be us and Ealing because Cornish Pirates are a very good side, and there are others in this league too, but it just goes to show you can’t take anything for granted. When you go down to my motherland in Cornwall – or God’s Country, as I call it – you’re in for a tough game. We’re down there ourselves next weekend so I guess we’ll find out, but first things first we need to focus on Hartpury at home this Friday.”

The Falcons defeated Hartpury 52-14 in rural Gloucestershire less than a fortnight ago in cup action, Matavesi confident that the onset of league rugby and the chance to play at Kingston Park will see the bar being raised even higher.

How the Gallagher Premiership's bottom line compares to the Guinness PRO14 https://t.co/WrGDM1Oyo0

“We want to make Kingston Park a stadium where we really suffocate teams, where they don’t want to come and play, and our only game here so far was a 57-0 win against a good Doncaster side,” he said.

“We’ll be looking to continue that to build a real foundation to our season, allying that to our record of winning away. As well as that, I think the boys have definitely noticed the difference between the cup competition and the start of the Championship proper. With that in mind I’m sure Hartpury will bring a completely different level from the other week when we played them in the cup, and we’re well aware it won’t be the same sort of game.

“From our side the intention is to completely blow them away with our tempo, and from a preparation point of view the focus is on us just taking care of our own game. Hopefully from there the scoreboard will look after itself.”

SRU/WR battle splits the fans Next