'I don't want to come across as arrogant...we can beat anybody if we are at our best'

Parisse believes Italy can surprise Next
Back
Internationals

'I don't want to come across as arrogant...we can beat anybody if we are at our best'

Jonny May is convinced that England have the firepower and variety in attack to sweep all before them at the World Cup.

Eddie Jones’ title contenders have engineered an average of 4.3 tries in each game this year and were the most creative side at the recent Six Nations by crossing 24 times – 10 more than nearest rivals Ireland.

As their deadliest finisher, May is the key weapon in the England arsenal, but the Leicester wing insists there are myriad threats that can be unleashed on the opposition.

Even with the tackle-busting Joe Cokanasiga and Jack Nowell carrying injuries, potentially ruling both out of the opener against Tonga on Sunday, Jones still has the likes of Anthony Watson, Elliot Daly and Manu Tuilagi at his disposal.

When asked if any other team could rival the depth of England’s attacking options, May said: “I would say not. It is nothing like I have ever been a part of.

“I look around the room at the team-mates and the talent we have and for me the belief is genuine that we can beat anybody if we are at our best. I genuinely believe we will peak at this World Cup.

“I don’t want to come across as arrogant because I am not but I generally just can’t talk up my team-mates enough.

“Do other teams have great players? Of course they do. It will come down to who produces it on the day, who is ready for it and mentally who can handle it

“I believe this team is ready. There are genuine reasons to believe that we can do something very special.” 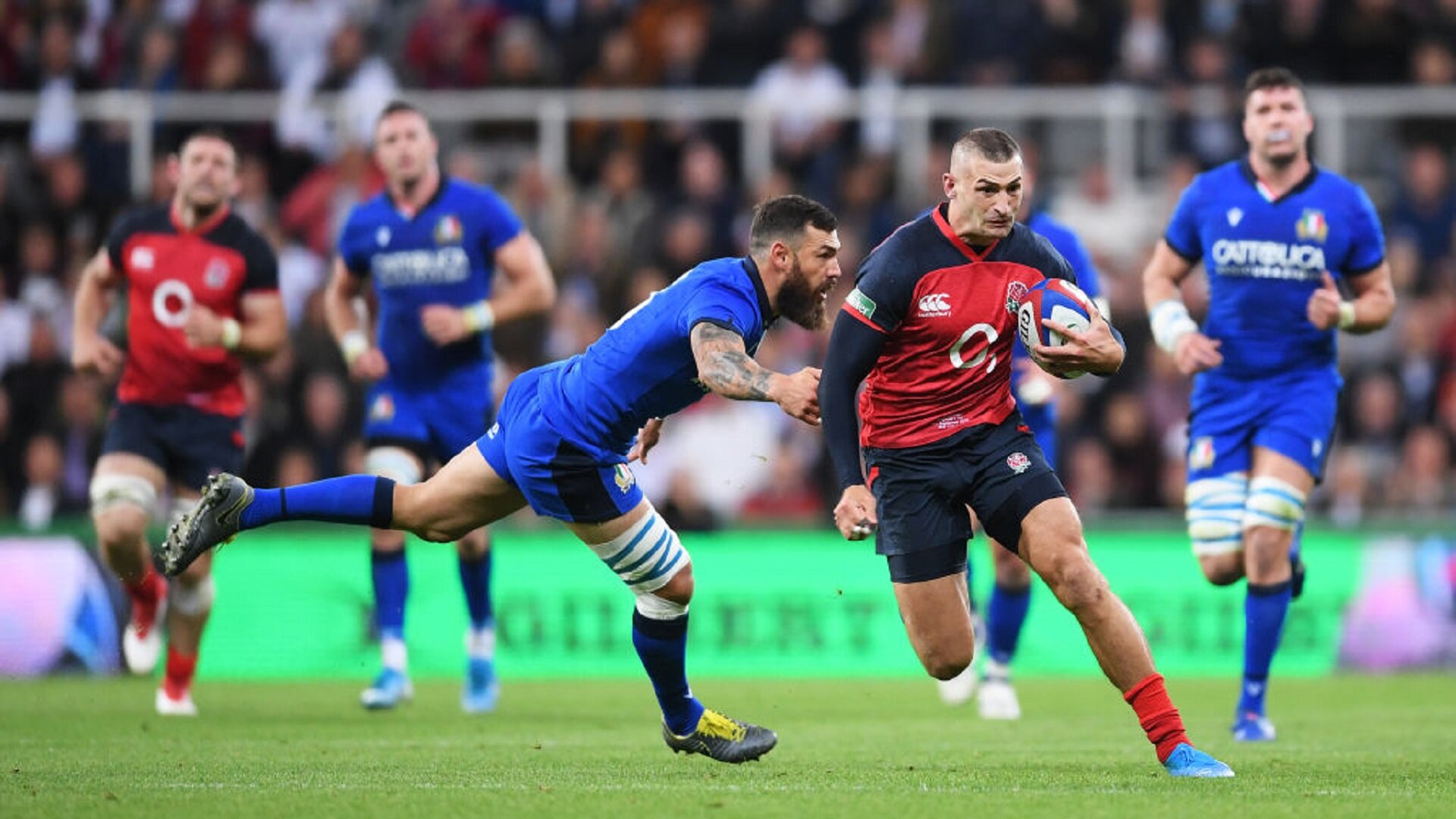 Jonny May weaves his way through the Italian defence at St James’ Park. (Photo by Laurence Griffiths/Getty Images)

Jones announces his team on Friday as England’s World Cup launches with two matches in four days, the clash with hard-tackling Tonga in Sapporo followed by a showdown against the USA in Kobe.

“This team is beyond thinking about who is the starting XV. The message from Eddie is that he will pick a team to beat that opposition on that day and everyone has a role,” May said.

“It is not about who is better than who. We are not about that on this team. There is no point.

“We are very different and we are just about being the best versions of ourselves for the team.”

Since exploding into form on last summer’s tour to South Africa, May has been an unstoppable force for England by crossing six times in seven games this year, but he would gladly sacrifice tries for a triumphant World Cup.

“Of course, for a winger a try is the cherry on top of the cake. I couldn’t care if I don’t score a try in the tournament.

“I go into a game focusing on my defence, my kick-chase, my high ball. Those are the things I am guaranteed to get in a game.

“If the opportunity comes to score a try, that is my role in that moment for the team. We just need to win every game.”