Leinster name team for Wasps Next
Back
Gallagher Premiership

Following on from his chat with Ed Slater last week, Jim Hamilton doubles down on his Gloucester connections this week, sitting down with Cherry and White stalwart Henry Trinder.

Read on to see what the centre has to say about his England ambitions, his future at Gloucester and his take on one former Gloucester man’s absence from the old boys’ group chat.

Henry Trinder: It’s alright, mate, it’s been good. Obviously, first few games there’s been a few niggles, but I’m feeling good. I’m just looking forward to the Champions Cup and hopefully we can put out a full-strength side.

JH: We had Slates on last week, he’s doing well. How long have you been at Gloucester now, Trinds? You were there as a young spunk when I was there.

JH: How old are you now?

JH: 29? You don’t look a day passed 40. As I was saying to Slates, how different is it with, I don’t want to say a decent coach, but someone who seems to have the full package like [Johan] Ackermann? He seems like a top guy from the outside, so how is it with him at the helm?

HT: Yeah, since I’ve been here I think we’ve had five different directors of rugby and a number of head coaches, so there’s been a lot of changes over the years. Trying to find the right one, I think, is always the hardest thing to do, but Johan brings a different philosophy and strong values about how he wants us to play the game and act around the club.
I think it’s worked. I think it’s beginning to hit home with a lot of the guys and there’s definitely been a positive effect on the pitch, too.

JH: You mentioned there’s been a lot of changes, obviously your old mucker – and I’d say my old mucker, but I always found him quite strange – Jonny May went over to Leicester, do you still keep in contact with him?

HT: Yeah, we still talk in the old players’ chat groups and he’s quite active on that. He’s doing really well for England and enjoying his new environment. It was sad to see him leave, obviously growing up with him as well, but we’ve done our best without him and we’ve got Charlie Sharples.

JH: Do you reckon Jonny regrets it or not?

HT: I don’t know. He misses us as friends and that, because he used to just be half an hour down the road, where as now he’s a bit further away, but in terms of the rugby – and you know this as well as anyone, mate – it takes you on a journey all around the world, so I’m sure he’s enjoying the new challenge and he’s doing really well.

JH: Yeah, it takes you to places like Monaco, to sleep on boats. It does. So, tell me about the group chat? Who’s on that one?

HT: Who’s on that one? We’ve got Darren Dawidiuk, Andy Hazell, Will James, he’s always got a joke or two. They’re a good time and there’s always a bit of banter on it.

JH: Well I’m in one with Mike Tindall, so mine’s better than yours. That’s Tom Savage’s messaging group, isn’t it? I didn’t get invited, did I?

HT: You didn’t get the invite?

HT: I thought you’d be in there, you were one of his mentors and everything.

JH: He’s lying if he’s telling you that.

HT: The last thing he said to me was just to have a good season and keep working hard. I really enjoyed training with England and he was happy with the way I approached things. Obviously, the Barbarians game that I was involved with didn’t really go to plan, getting a knock and having to come off. That’s always frustrating as a player, getting back to that level and playing with England, and then to have to come off like that.

I enjoyed it, though. Now it’s a Rugby World Cup year and there is big pressure for everyone, so all I can do really is play well for Gloucester and hopefully catch an eye. 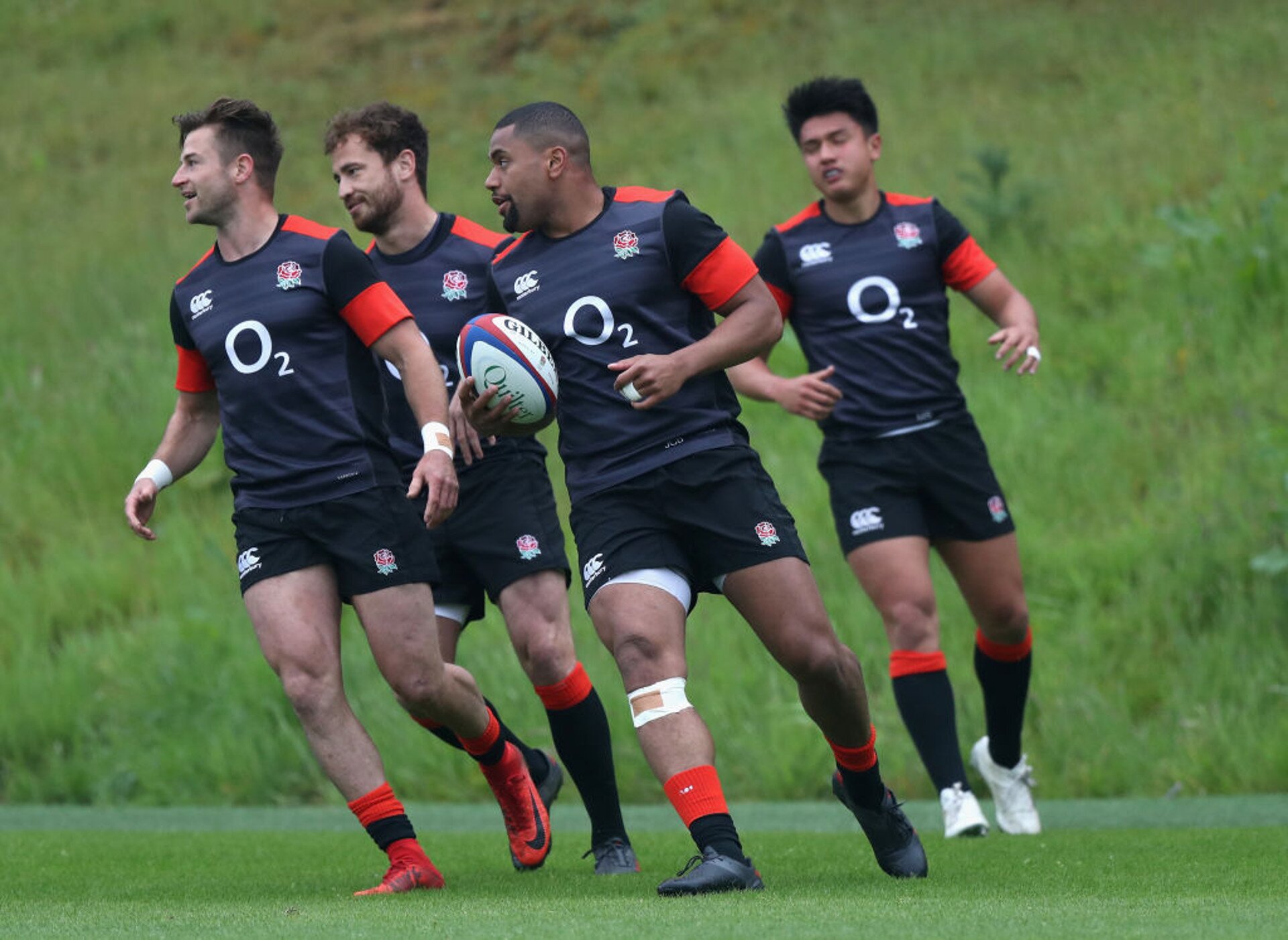 JH: Another player who I thought would be in the England squad or going to RWC is this Polledri kid that everyone is talking about, do the boys ever get stuck into him for not passing the ball?

HT: [laughter] Thing is, if he doesn’t pass the ball, he makes 10m, so we can’t really get annoyed at him! He had a decision based on his loyalties and what he wanted to do, and maybe if he’d waited it out he could have gone with England, but then he might not have had the chance to play for Italy. That’s where he felt his allegiance was and obviously he’s done really well for them.

JH: I’m absolutely joking by the way when I said do the boys get stuck into him about not passing, he is an absolute monster. He reminds me of, and I’ve got to say it, a young Jim Hamilton. I know you were going to say it.

HT: That was literally just about to come out of my mouth. I was thinking it. He’s just so powerful, he gets low and carries hard. He’s really good at it, so exactly like your highlight reel, if I was to look you up on YouTube.

JH: It’s his appetite to want to carry. It’s the strongest back row at the club I’ve seen. Is Ben Morgan’s dad still knocking about the club with a mullet or not?

HT: Yeah, he still rolls around. He’s quite the character.

JH: Good stuff. Last question for you personally, we spoke about England there, but you’ve been at Gloucester a long, long time and I imagine the RWC is an ambition for you, but if you don’t make the RWC squad, can you see yourself moving to the Top 14? Trying something different?

HT: Even if the RWC doesn’t happen, you know, I’ll still always want to play here. There are a lot of opportunities around and obviously as you get older you want to try and take advantage of them, but it’s sort of waiting to see what comes up. I’m contracted and really enjoying it here, it’s a really good place to be. I’ll probably be at Gloucester till I die! 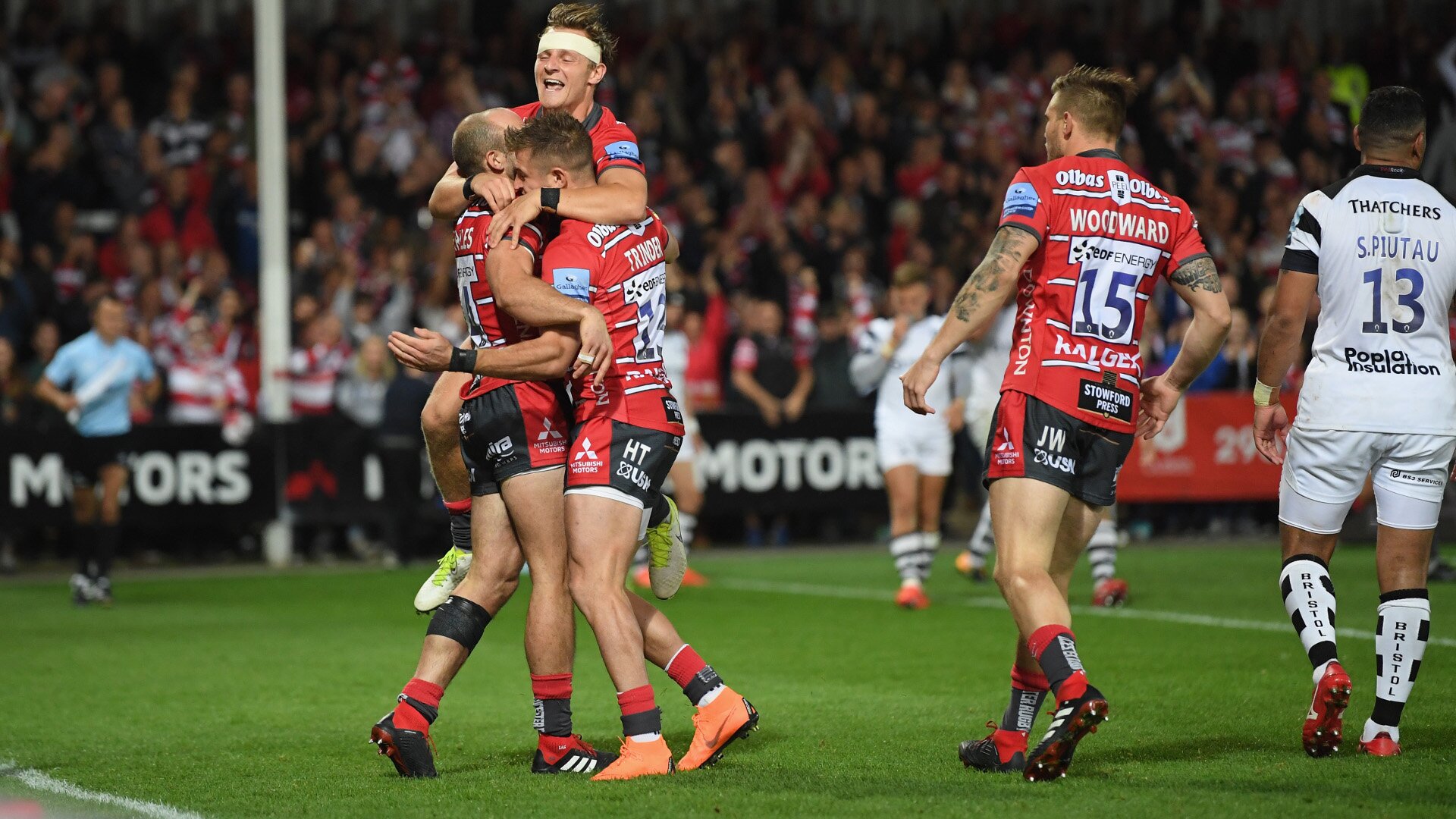 JH: Well if you need help with any movement, let us know on The Rugby Pod. Big pod, we can basically influence anyone you like.

Let’s talk about this weekend, then. You mentioned the boys being back in the European cup, well, the big European cup. Was the last time you were in it when I was there? How long has it been?

HT: You would have been there, I think. I think the last one was the Toulouse year, were you there when we beat Toulouse at home?

JH: Yeah, I was captain that day, I think. Was that the last time Gloucester were in the Champions Cup?

HT: It’s been a while. We’ve been there or thereabouts in the final of the Challenge Cup. Obviously, it was Cardiff Blues last year.

In terms of the Champions Cup, though, we’re definitely looking forward to it. We’ve got Castres at home this weekend, so it will be fantastic to have it back at Kingsholm and keep the fans happy. Fingers crossed that we can do well in it and it would be great if we can compete at this level.

JH: You mentioned Castres there, what have you picked up about the Top 14 champions? Why are they champions, Trinds?

HT: French sides are a bit of a different animal. They don’t necessarily travel too well, but they do well at home, and when it comes to the Champions Cup, they field their strongest XV. Obviously, they’re very physical up front and they’ve got a good back line. They’re champions for a reason and they’re going to be hard to break down, in terms of the physicality and line speed that we will need to bring to the game. We’re looking forward to it as a group and hopefully we can do well. 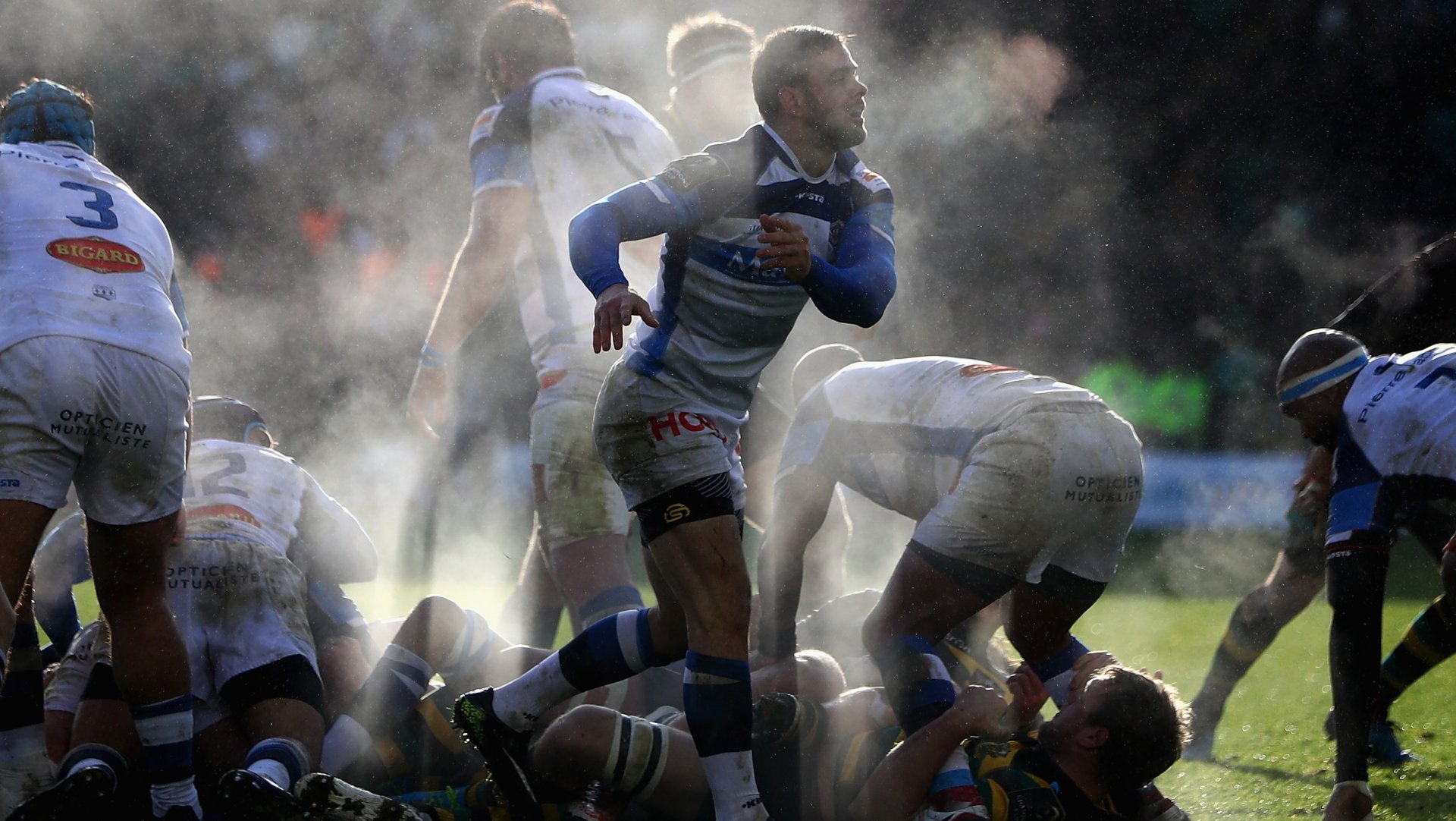 JH: Last question, but not least. You’re living with a fellow megastar, like myself, in Danny Cipriani. I’ve been seeing his Instagram stories, he’s even been out walking your cats. Are they cats or dogs?

JH: They look like cats. I thought he was walking cats on a lead around Gloucester. How is it living with him? Are the paps outside the house every morning?

HT: Yeah, we have to close the gate at night and walk out in a hoodie anytime we leave. Nah, he’s been great. He brought a detail we didn’t have last year and he’s pulling the strings at the minute, so he’s definitely been showing his quality and bringing the level up around him, too. I think we’ve got a good game plan and the win against Wasps last week shows that he’s got that little bit extra that can help us win against those kind of teams, so he’s been great.

JH: And the dogs. Are the dogs warming to him, too?

HT: The dogs have warmed to him, yeah.

JH: Trinds, thanks for that. I’m going to say congratulations. You’ve got a house in Gloucester with gates, so you must be doing well, and I’ve seen the conservatory on Instagram, so congratulations.