END_OF_DOCUMENT_TOKEN_TO_BE_REPLACED

Andy Uren’s try snatched a dramatic 28-21 victory for Gallagher Premiership leaders Bristol at Northampton as they produced a stunning finish in the final six minutes.

The Bears saw the tables turned on them during a see-saw contest at Franklin’s Gardens, with Northampton storming back from 14-0 down to lead 21-14 going into the closing stages.

But Uren’s score completed a comeback that was started by Luke Morahan’s try, as Bristol extended their lead at the top to seven points, while Saints fell six points behind fourth-placed Sale in the race for the play-offs.

After 24 minutes of competitive action, it was Bristol who broke the deadlock when Henry Purdy ran on to Alapati Leiua’s pass before bursting clear from 40 metres out for a superbly-taken try. 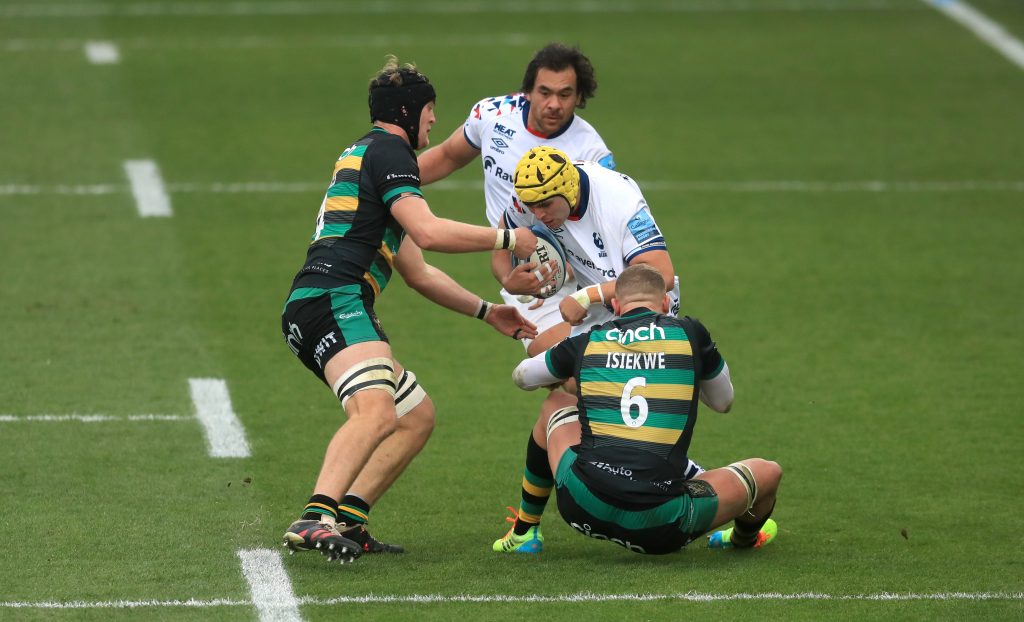 Tiff Eden kicked the conversion and it was not long until the Bears struck again to take control of the contest.

Their forwards were repelled as a driving maul from an attacking line-out was stopped just short, but Siva Naulago was on hand to plunge over from close range, with Eden converting excellently from out wide.

Northampton were back in it off the final play of the first half as Nick Isiekwe ran on to James Grayson’s long pass out to the left to go in at the corner, with Grayson’s conversion halving the deficit at the break. 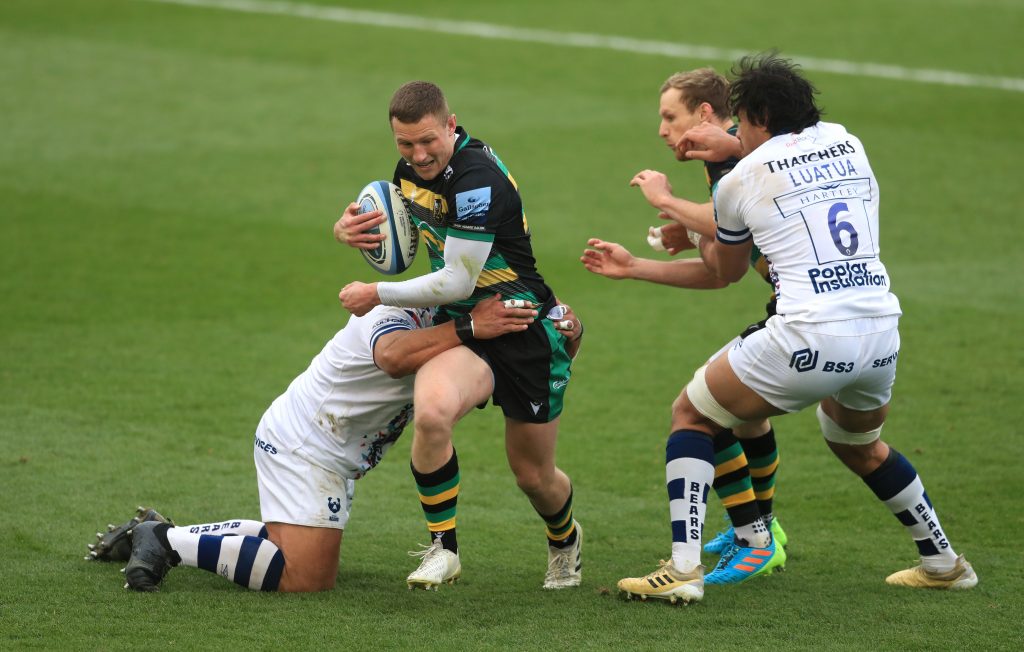 The gap was narrowed to four points early in the second half by a Grayson penalty, and the fly-half was successful from the tee again not long after, following obstruction by Leiua.

A match that looked to be getting away from the hosts was now right back in the balance and Saints completed the turnaround after 55 minutes.

Tommy Freeman kicked the ball down the left wing and the bounce beat Purdy, allowing George Furbank to pounce and go clear to score, with Grayson missing the conversion. The Northampton fly-half did, however, send through his third penalty after being tripped in chasing his own kick to extend the lead to 21-14.

Soon after Grayson was replaced, Harry Mallinder sent a penalty of his own wide before Bristol produced that stunning fightback in the closing stages.

With six minutes left, the forwards did the hard yards in inching towards the line before Purdy’s superb long pass sent Morahan in at the corner, with Sam Bedlow’s conversion levelling the score.

Less than two minutes later, the Bears snatched victory as Morahan picked up the loose ball before charging away down the right and passing inside to send Uren under the posts.