END_OF_DOCUMENT_TOKEN_TO_BE_REPLACED

Jones fires back at 'sad' Woodward

END_OF_DOCUMENT_TOKEN_TO_BE_REPLACED

Jake White: 'My gut feeling is he is in trouble'
C
Cameron 44 minutes ago

Big difference that Jake missed out on was that Andy Robinson had never really achieved much with England in the several seasons he was head coach. In fact, he struggled and struggled pretty consistently. Jones has had multiple successes with England and the RFU would be fools to think that getting rid of him will be a silver bullet for England's RWC chances. That said, I agree that the players will have a massive influence on the final call - if they have lost faith in him then he is done. The criticism of Jones's selection isn't valid in my opinion, he calls a lot of players into the England squad with no intention of picking them, he brings them in, gives them a taste of the action and then he assess whether or not they improve when they go back to their clubs. If they can't improve their game after he has thrown them an incentive, why would they improve consistently over the next several years as England regulars - which is the type of player he wants and every international team needs. It may just be that the players he has called up, who showed promise, just aren't good enough. One final thing on Jake White, the guy was real lucky to win a world cup. RSA were a long, long way from convincing in the 2007 tri nations and truth be told, they were fortunate to beat the Wallabies in RSA in the lead up to the RWC. A couple of long distance Francois Steyn drop goals got them home by the skin of their teeth. And in the RWC, they really never played a decent team. I suppose South Africans will disagree, but that's rugby isn't it.

END_OF_DOCUMENT_TOKEN_TO_BE_REPLACED
Greg Garner: 'I wouldn't recommend any referee to go there'
K
Kenward K. 3 hours ago

Rugby, compared to football in the Premier League as an example, is the benchmark for accuracy and transparency; yet the stench of corruption rears it ugly head, once in a while..

END_OF_DOCUMENT_TOKEN_TO_BE_REPLACED

Exeter snatched a second successive home win with the last play of the game to thwart Harlequins’ stunning second-half comeback.

Two weeks ago it was Patrick Schickerling who popped up with a late, late try to beat champions Leicester, and this time it was Wales international Christ Tshiunza as the Chiefs claimed a 43-42 victory.

The referee had to check a possible forward pass in the build-up by Stuart Hogg before awarding the try, much to the dismay of Quins, who had come storming back from a 24-point half-time deficit to lead in an amazing repeat of the 2021 Premiership final.

Exeter picked up from where they had left off in their previous home game against Leicester, and were in devastating mood in the opening quarter.

Former England prop Harry Williams got the first try after only four minutes, driving over from close range.

Seven minutes later, more good play from backs and forwards created the opportunity for scrum-half Stuart Townsend to snipe over, and in the 22nd minute Tshiunza outpaced two defenders down the left touchline and cut inside full-back Tyrone Green to run in behind the posts.

Joe Simmonds converted all four – to add to a seventh-minute penalty – and Chiefs led 24-0. 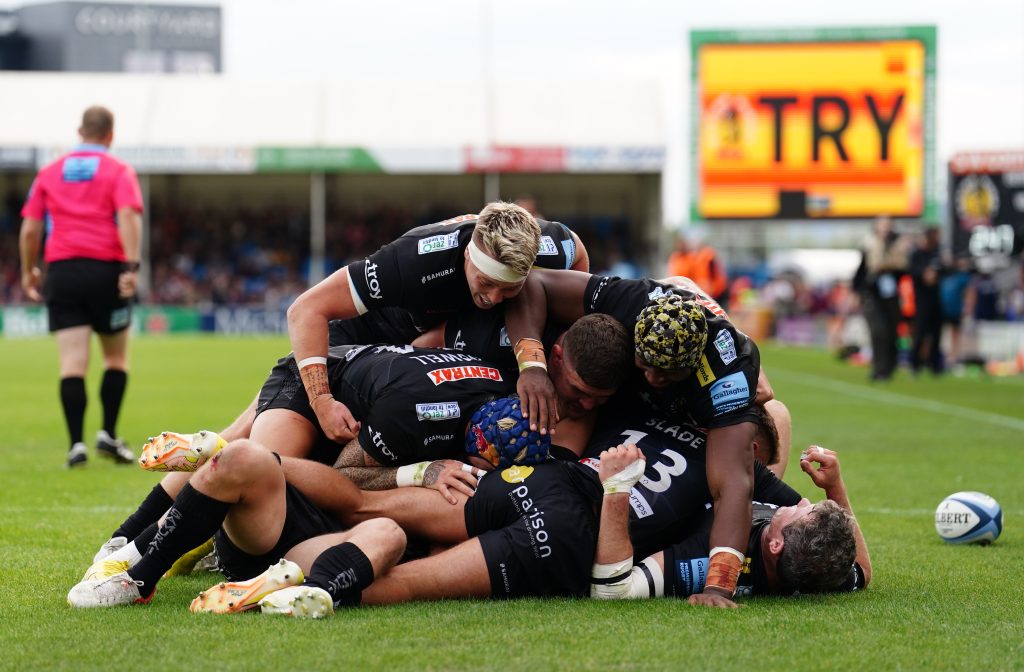 The only real sniff Quins had of a try came from the restart kick following Simmonds’ penalty, when Luke Northmore gathered the ball, raced towards the corner and got it down, but a superb tackle by England full-back Jack Nowell just forced the centre into touch.

The one area of concern for Exeter was their scrum, where Harlequins were collecting plenty of penalties, and the visitors eventually got a foothold in the game with a try in the left-hand corner by Cadan Murley, improved by England fly-half Marcus Smith.

Quins continued to look dangerous in the lead-up to the break but had the stuffing knocked out of them two minutes from half-time when young centre Lennox Anyanwu dropped the ball in midfield and Exeter fly-half Harvey Skinner picked it up and ran 40 metres to score in the corner for the bonus-point try.

Simmonds kicked another superb conversion to maintain his 100 per cent record with the boot, and Exeter led 31-7 at the interval. 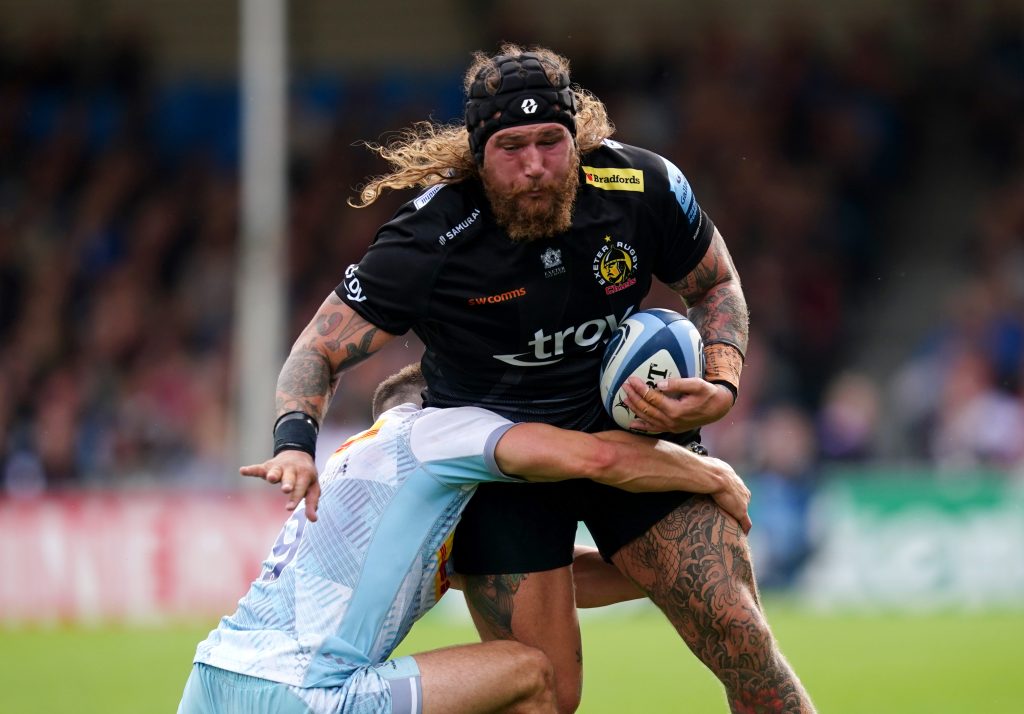 After the Chiefs had spent the opening few minutes of the second period camped in Quins’ 22, the expected second-half onslaught began from the comeback kings of English rugby.

They scored two tries in two minutes – Murley setting up Green for the first before Green returned the favour for Murley – and with Smith converting both, the gap was down to 10 points.

That became three points when Northmore showed great pace to race in from 50 metres, converted by Smith, and then he added another far too easily as he sliced through the Exeter defence after the game had gone to uncontested scrums following injuries to both of Quins’ hookers, and with Smith converting for a 35-31 lead, Sandy Park was stunned. 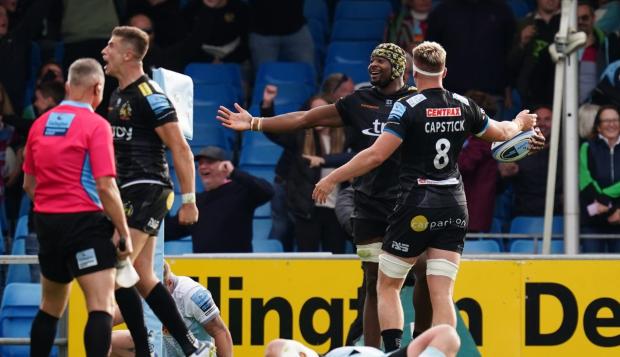 England prop Schickerling got the Chiefs back in front with a try, but Quins responded with a cross-field kick from Smith putting in Joe Marchant for a try to restore the Londoners’ advantage, only for Tshiunza to strike again at the death.